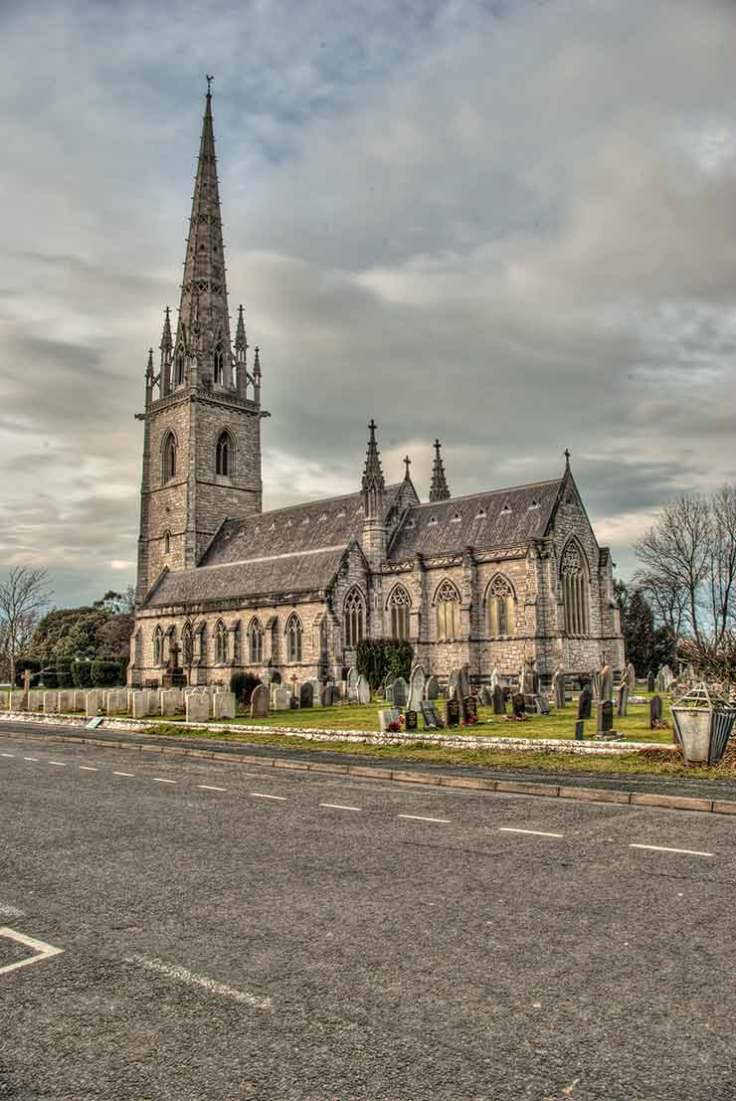 Just a short one as I was at Rhyl Airshow most of the day. It’s meant that I had to be up early this morning to get the church and then go back to Rhyl sea-front in the afternoon for the flying displays. Anyway, the Marble Church (St.Margaret’s Church), Bodelwyddan, is a prominent landmark in the lower Vale of Clwyd in Denbighshire, Wales and is visible for many miles. It lies just off the A55 trunk road.

The church was erected by Lady Willoughby de Broke in memory of her husband, Henry Peyto-Verney, 16th Baron Willoughby de Broke. She laid the foundation stone on 24 July 1856 and the new church designed by John Gibson was consecrated by the Bishop of St. Asaph on 23 August 1860 after construction at a cost of £60,000. The new parish of Bodelwyddan was created on 3 August 1860, from the communities of Bodelwyddan, Faenol and Pengwern, which until that date had been part of the parish of St. Asaph.

Inside the church contains pillars made of Belgian Red marble, and the nave entrance is made from Anglesey marble. It also contains elaborate woodwork, and in the tower can be found windows of stained glass on the North and South sides, featuring Saint Margaret and Saint Kentigern. The church is a very popular tourist destination and even this morning there were coaches turning up.

Now although this is not really part of the information about the church as such I think it is very relevant and should be included. Immediately to the west of the church is Kinmel Camp, which was a military camp located in the grounds of Kinmel Hall. The camp was used by Canadian troops during the First World War. The churchyard contains the graves of numerous victims of the Spanish flu pandemic of 1918-19 in the camp. On 4-5 March 1919 a riot occurred in the camp when the ship allocated to return the troops to Canada was diverted to carry food supplies to Russia, and five Canadian soldiers were killed in the disturbances and four buried in St Margaret’s Churchyard, the firth buried, Gunner John Frederick Hickman, is located in Dorchester, New Brunswick. A common story is that they were executed for mutiny, but this has been denied by the Canadian Department of National Defence