How fortunate that this weeks challenge should be about indulgence. Last week I was lucky to be invited to attend one day at the Battle for the Dragon competition, which is part of the Welsh International Culinary Championships, held this week at Llandrillo College. The competition also gave me the opportunity to use my  Samsung P&S camera, small enough to take to events, rather than using a large DSLR.

The event has many exciting competitions, including the National Chef of Wales competition and the prestigious Battle for the Dragon, contested between Italy, Germany and of course Wales. I was attending on the day that Germany were competing. 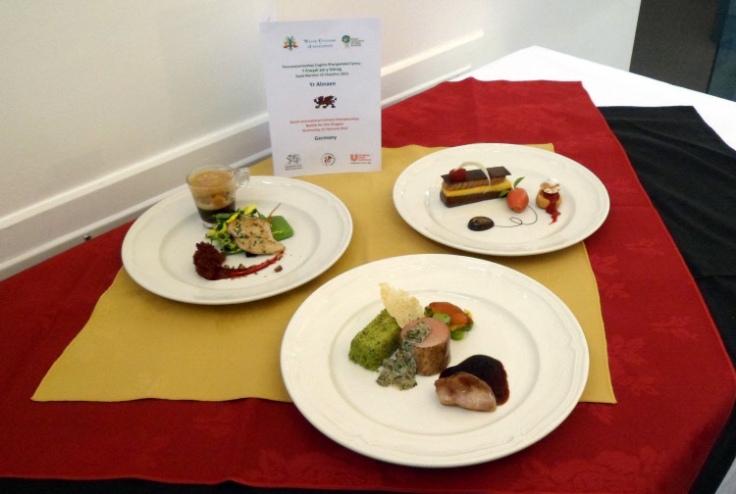 So what was on the menu?

Assiette of Plum and Tonga Bean, Garnished with Chocolate and Mace

Now that’s what I call indulgence in a big way and although the portions are not big, the flavours certainly are. For the Battle of the Dragon we were seated the restaurant with magnificent views of over to the Great Orme. 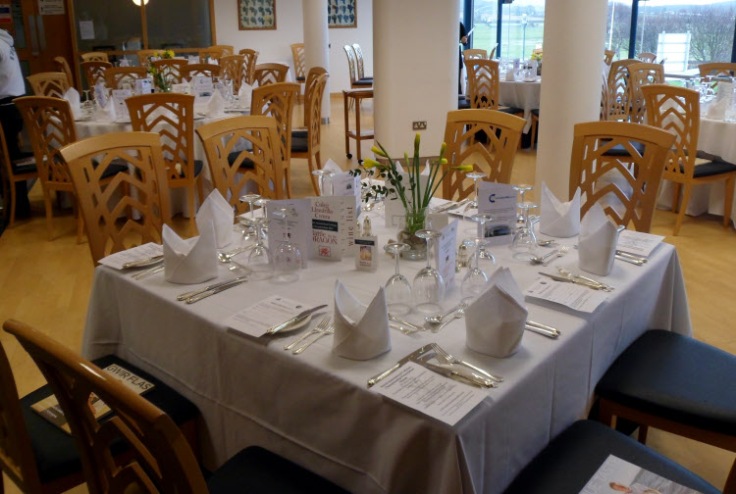 During the three-day event hundreds of chefs and waiting staff from Wales, England, Ireland and overseas  competed in dozens of culinary competitions. In the image below you can see the judges looking at an entry from the Sushi competition.

During the championships the public can come in and sample the delights on offer. Each day, there were live hot and cold food competitions running as well as exhibition classes. Events were streamed live across the internet, to competing teams friends and families in over 20 countries, using the college’s website.

The attention to detail on entries was excellent, look at this decoration which won first prize in it’s class…. 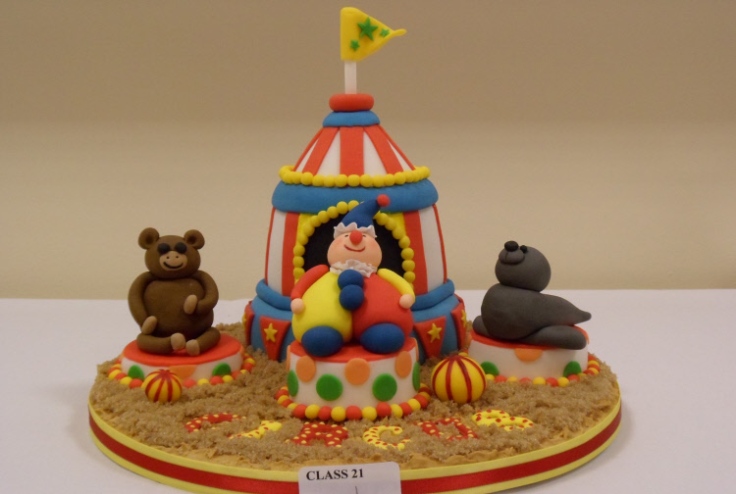 …or this table decoration which just stood out from the rest on display. 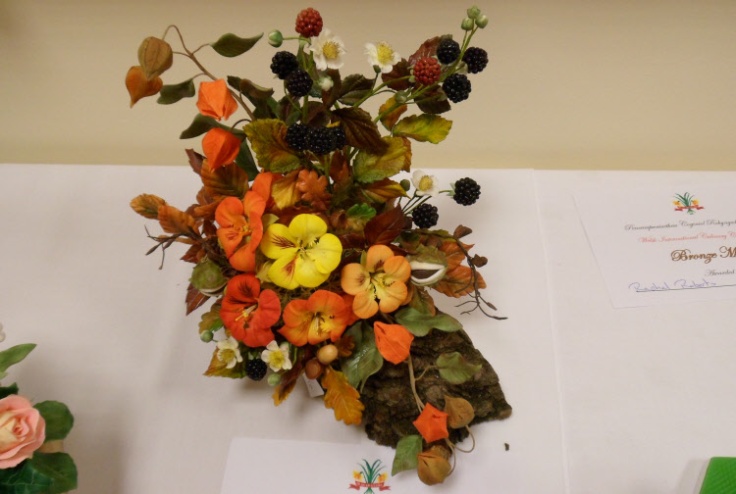 Now back to our meal, which was excellent and in the end Germany did win the competition. However we did have an extra bit of excitement to add to the day. We were just getting ready for coffee when the fire alarm sounded, which meant the college had to be evacuated. So we all ended up in the car-park until the cause of the alarm was found. 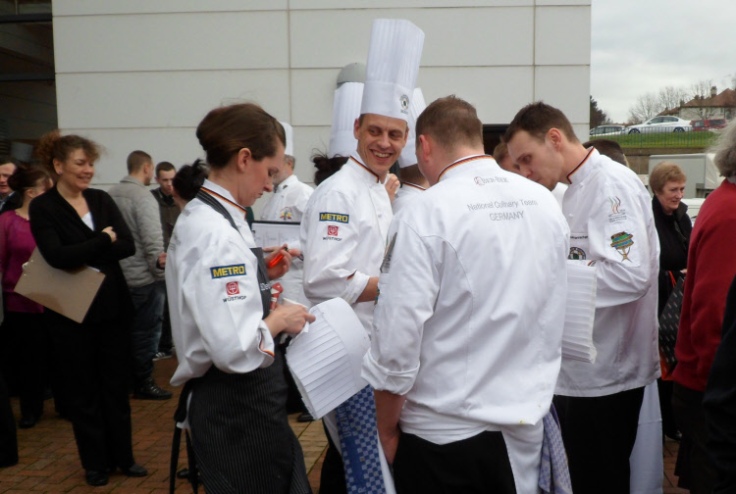 Fortunately it was nothing serious and within ten minutes we were able to go back in and finish our indulgence day.