First up is this photograph of the Red Arrows flying in a Diamond Nine formation…these guys have to be precise or they might come Together in totally the wrong way.

During displays, the aircraft do not fly directly over the crowd apart from entering the display area by flying over the crowd from behind; any manoeuvres in front of and parallel to the audience can be as low as 300 feet, the ‘synchro pair’ can go as low as 100 feet straight and level, or 150 feet when in inverted flight.

After the Red Arrows I thought you might like to have a look at the Breitling Wing Walkers who represent to me the ultimate togetherness between man, well woman actually, and machine. I wouldn’t climb out there and be thrown around the sky performing the stunts they do. How about you? Would you do it? 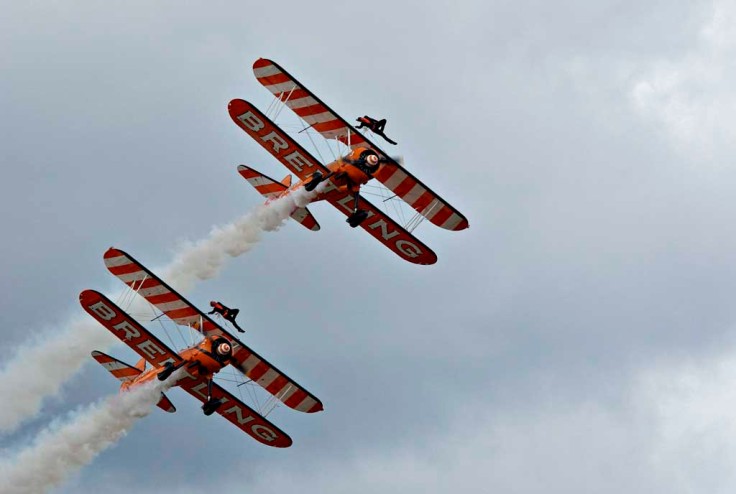 AeroSuperBatics Ltd is a British aerobatics and wing walking team. As of 2011, they perform as the Breitling Wingwalkers following a sponsorship agreement with the Swiss watch manufacturer Breitling. They previously performed as Team Guinot, the Utterly Butterly Wing-walking Display Team and the Crunchie Wing-walking Display Team according to their sponsors at the time.

AeroSuperBatics was founded in 1989 by Vic Norman, a veteran aerobatics pilot. It operates four Boeing-Stearman Model 75 biplanes and employs five pilots. The team’s shows consist of two or four planes performing aerobatic manoeuvres while female athletes, attached to a post above the wings, engage in acrobatics.

Next I thought you might like to see a helicopter from the Royal Air Force Rescue and a Royal National Lifeboat Institute as they get Together to transfer a rescued person. In this case it was an exercise but without these two great services many a person would have lost their life, either at sea or on land. 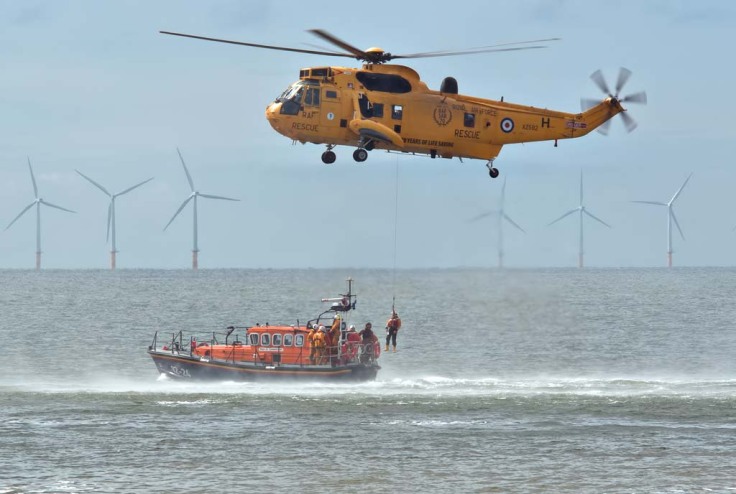 The Royal National Lifeboat Institution (RNLI) is a charity that saves lives at sea around the coasts of Great Britain, Ireland, the Channel Islands and the Isle of Man, as well as on selected inland waterways.

The RNLI was founded on 4 March 1824 as the National Institution for the Preservation of Life from Shipwreck, with Royal Patronage from King George IV of Great Britain and Ireland. It was given the prefix ‘Royal’ and its current name in 1854 byQueen Victoria of Great Britain and Ireland. It has official charity status in both the United Kingdom and the Republic of Ireland.

The RAF Search and Rescue Force (SARF or SAR Force) is the Royal Air Force organisation which provides around-the-clock aeronautical search and rescue cover in the United Kingdom, Cyprus and the Falkland Islands. The SARF’s primary roles are military search and rescue, and the provision of rescue for civilian aircraft in distress under the 1948 Chicago Convention. The military role involves the rescuing of aircrew who have ejected or parachuted from, or crash-landed their aircraft. Although established with a primary role of military search and rescue, most of SARF’s operational missions are spent in its secondary role, conducting civil search and rescue. This entails the rescue of civilians from the sea, on mountains, from flooded regions or other locations on land.

Finally I’d like to give you this image of an RAF Red Arrow silhouetted against the sun, but for this one I’m going to be different. 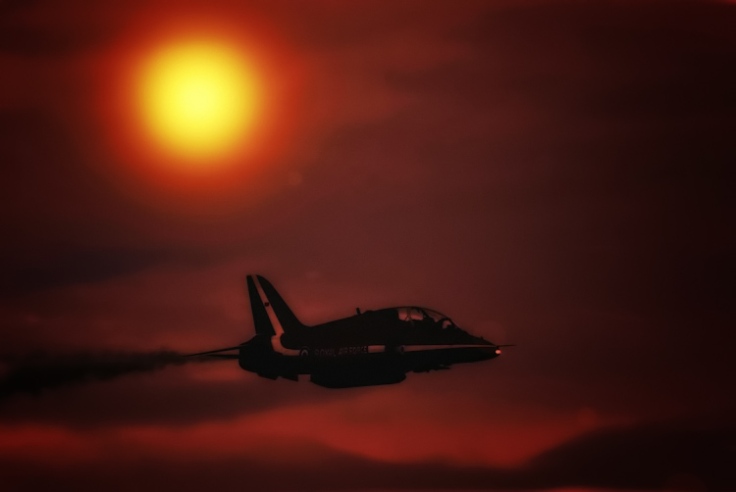 I’d like to invite you to give me your ideas why I have chosen this one to represent Together. There aren’t any prizes, or anything like that, but next Friday I will let you know why I chose this image as part of the Weekly Photo Challenge.

36 thoughts on “Weekly Photo Challenge: Together”