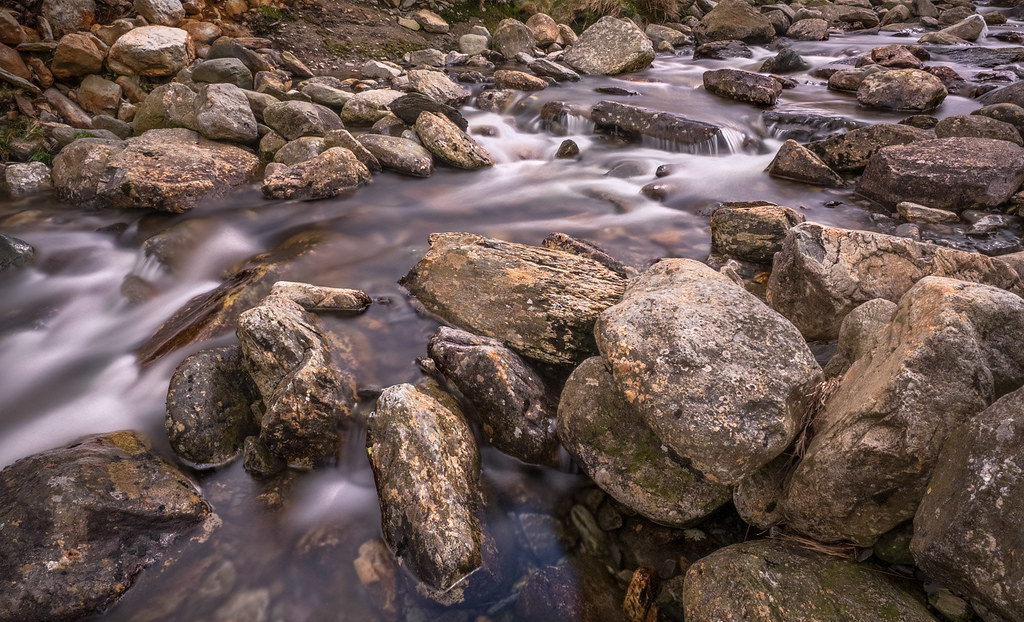 Moving water is probably one of the easiest things to capture. Slow the exposure down enough and the water turns milky and rather opaque. But is it real?

A snapshot steals life that it cannot return. A long exposure [creates] a form that never existed. – Dieter Appelt,

My own personal feeling is that it’s OK as a novelty now and again but it really does not look natural. What do you think?

My second photograph was taken at the base of Tryfan, which is a mountain located in the Ogwen Valley, one of my favourite photography spots in the Snowdonia National Park. Tryfan is one of the most recognisable peaks in Britain and forms part of the Glyderau group. At 917.5 m (3,010 ft) above sea level it has a distinctive classic pointed shape with rugged crags. 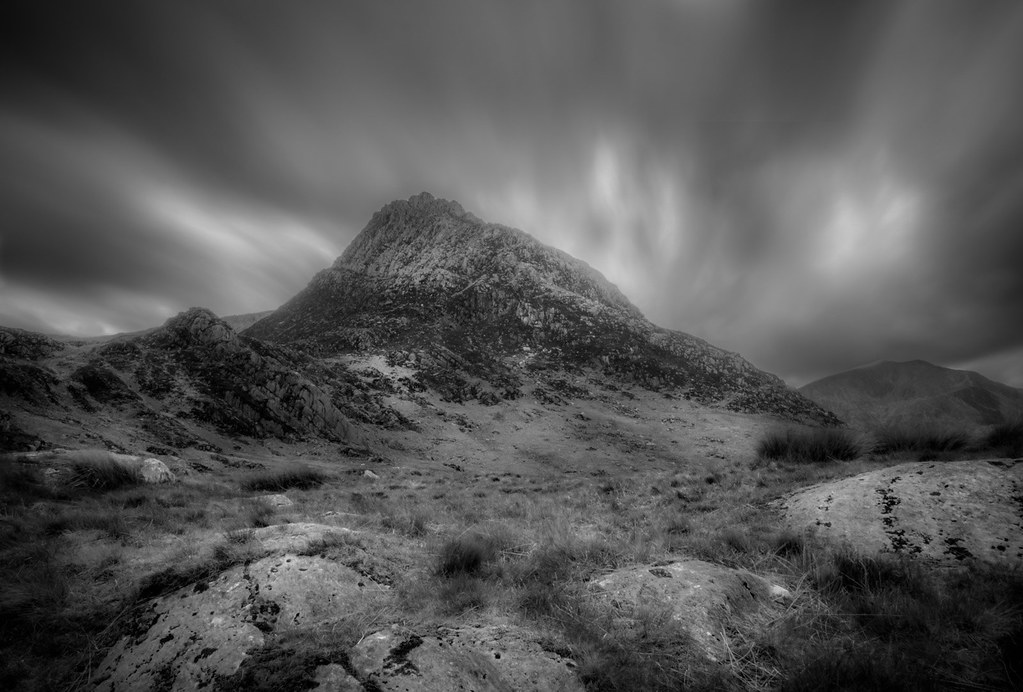 I don’t know why but I decided this looked better in Black and White compared to the colour version. It seems to portray a dark and foreboding mountain. In this photograph the exposure was long enough to smear the clouds which were moving reasonably fast yesterday. Do you think Black and White does this mountain and photograph justice?