This week is free which means that I can choose whatever photographs I want for the 52 in 2015. As I’ve been into deepest darkest Snowdonia this week I’m going to use two photographs from that trip. Ynys-y-Pandy Slate Mill is a three storey stone building standing on a hill near Llyn Cwmystradlyn Reservoir. The mill, which is now classed as an ancient monument,  was built around about 1855 to serve the Gorseddau Quarry which is further up the valley at the end of Llyn Cwmystradlyn. As you can see the ruin has arched windows and at first you might think it is a ruined abbey. Unlike most slate mills which normally have only one floor, Ynys-y-Pandy has three. 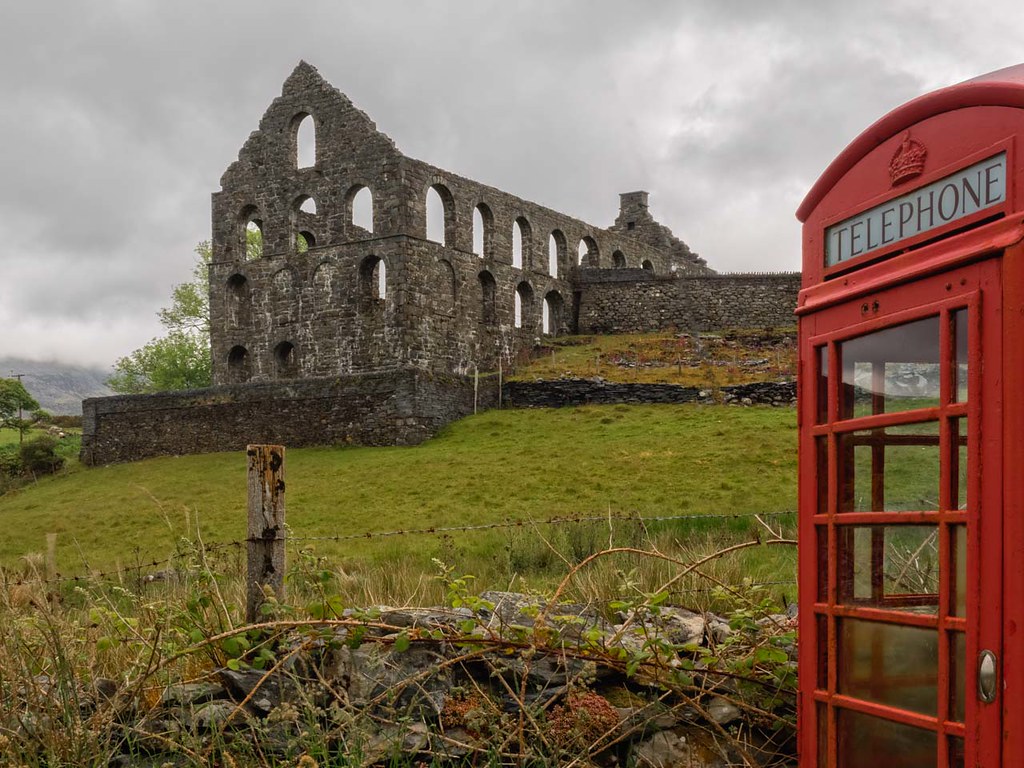 Gorseddau Slate Quarry opened in 1807. At first the workings were very small, taking until 1860 to reach peak production of about 2140 tons. Considering the quarry employed 200 men this output was woefully small compared to other slate quarries in Wales. By 1867 the quarry closed although there was some sporadic work for several years later.

In the Ogwen Valley there’s a mountain called Tryfan, which forms part of the Glyderau group. Tryfan has rugged crags and a very distinct pointed shape which makes it very recognisable. It’s the 15th highest mountain in Wales where the peak is 917.5 m (3,010 ft) above sea level. 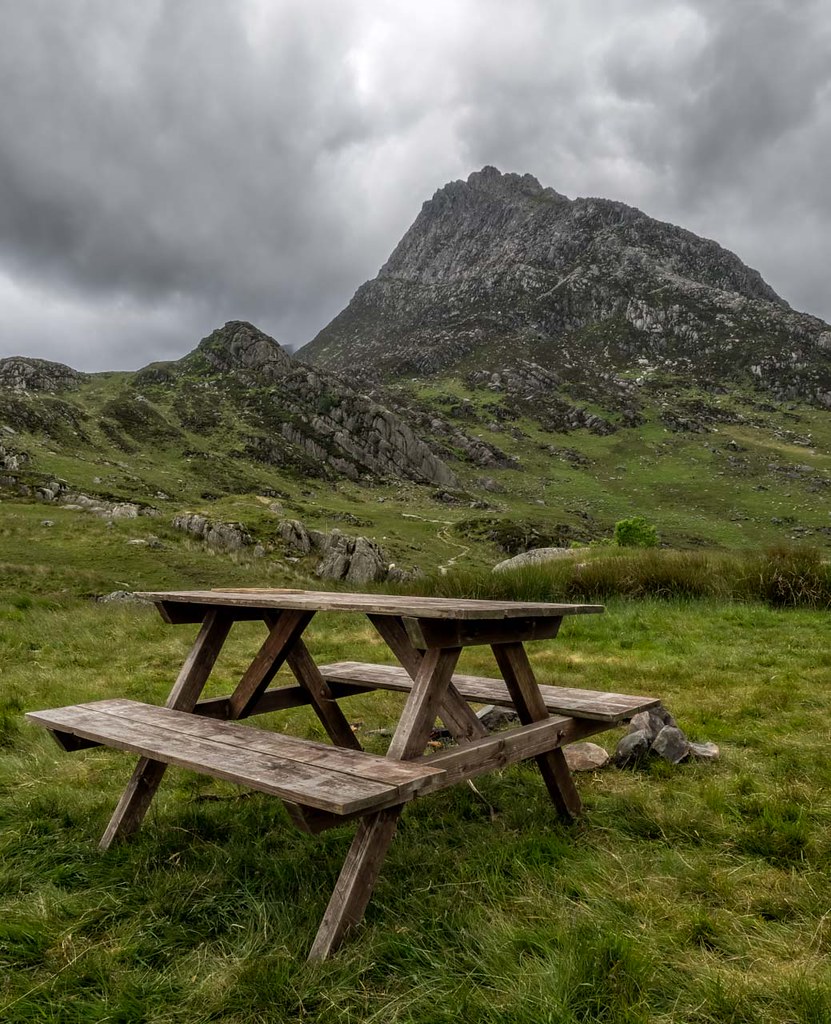 In 2014 Tryfan topped a survey by hillwalking magazine Trail, with Helvellyn in the Lake District coming second and Wales’ highest mountain Snowdon in third place.