This weeks challenge photographs have a bit of a medieval theme. They are all from old churches or castles that I’ve ben fortunate enough to visit over the years.

St.Margaret’s Church, Bodelwyddan, more commonly know as “The Marble Church” can be seen for many miles in the Vale of Clwyd, Denbighshire, due to it’s tall spire (202 feet – 62 metres). I first saw it whilst travelling along the A55 on my way to the ferry port at Holyhead heading for Ireland. Today I live about 8 miles (13km) from the church so it’s always a good photo opportunity. This side door is always closed but it is quite ornate and although not really medieval  it looks it, what with the figureheads and the metal work on the doors. 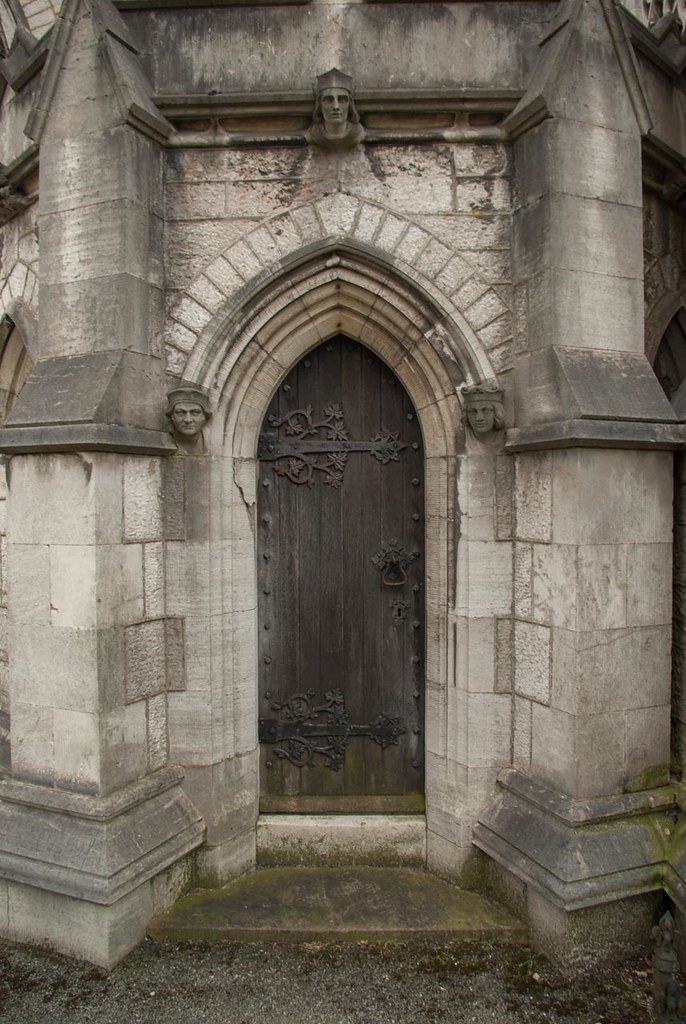 Wells cathedral in Somerset was begun about 1175, that’s about 840 years ago. Down in the crypt I found this magnificent old door. It looks old, just look at the construction and the lock. Is it medieval? Who knows? I’d like to think so, but you can never be sure because the Victorians carried out a lot of renovation work to our cathedrals and churches. 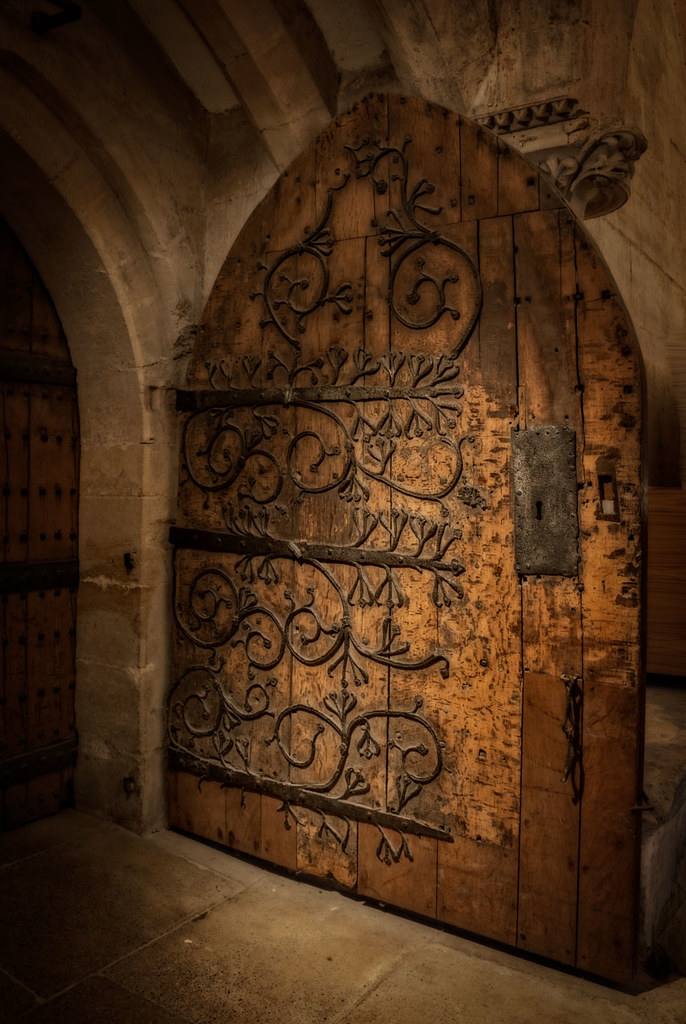 Caernarfon Castle in Wales is certainly medieval. From sometime in the 11th century until about 1283 there was a motte-and-bailey castle built by the Normans, but it was replaced by the stone castle that stands today.

In 1282 relationships between England and Wales deteriorated and war broke out in March of that year. Edward the first, king of England marched through North Wales, capturing castles along the way, finally establishing his own at Conwy. The last castle captured by Edward was Dolbadarn in May 1283. Shortly after this Edward began constructing impressive stone castles at Harlech, and Caernarfon. Along with other castles that Edward constructed these helped establish English rule over the Welsh. Once again, I’m not sure about the door. It looks old but I don’t think it’s the original. 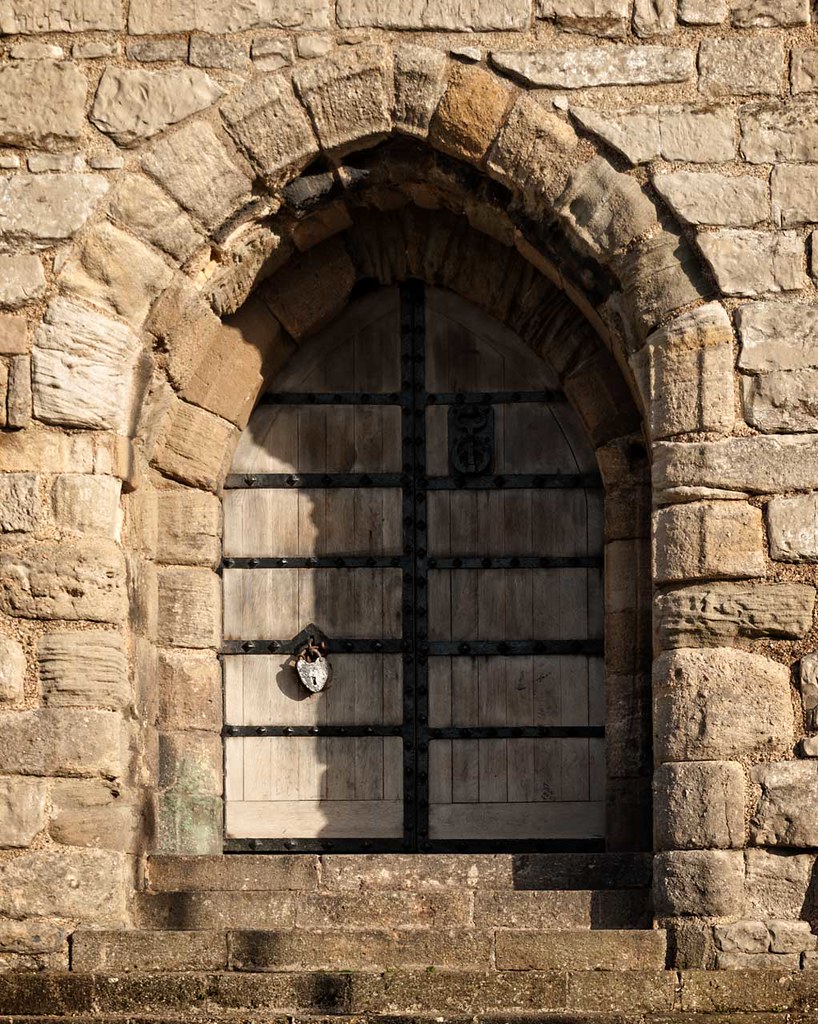 A photographer went to a socialite party in New York. As he entered the front door, the host said ‘I love your pictures – they’re wonderful; you must have a fantastic camera.’ He said nothing until dinner was finished, then: ‘That was a wonderful dinner; you must have a terrific stove.’ – Sam Haskins 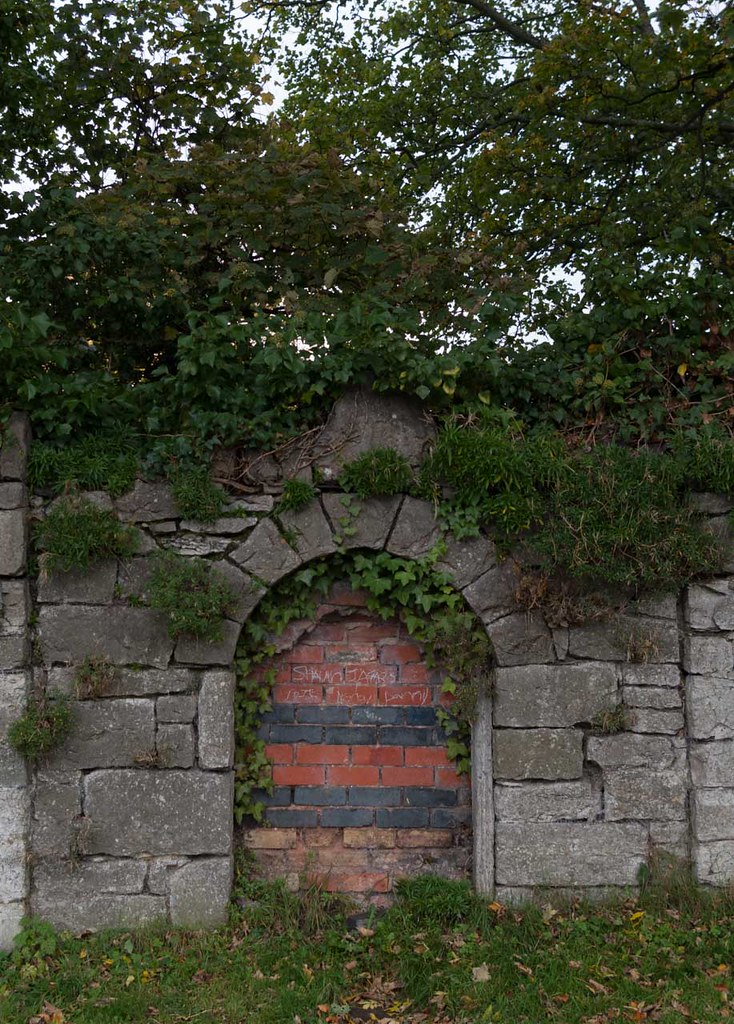 Just thought I’d lighten it up a bit. I’ve always loved that joke. It sort of sums up some people’s attitude to photography.

Anyway, in the photograph above is another door, well sort of. The door is actually gone, instead it’s been replaced by bricks. I wonder what’s behind….and why use that particular pattern?

A lot of my early work, especially the reflections, was about what I call the surrealism of everyday life…picking out the strangeness in the world we live in. Those doors are doors that could lead you to other worlds, or what is behind what is in front of you. – Stephanie Torbert

Most cathedrals and church that I have visited seem to have alternate doors. They’re never open, rubbish piles up and quite often the entrance is overgrown, especially in the smaller churches who don’t maintain the graveyards. This door is located at the  side of the cathedral and is very simple compared to the main entrance. 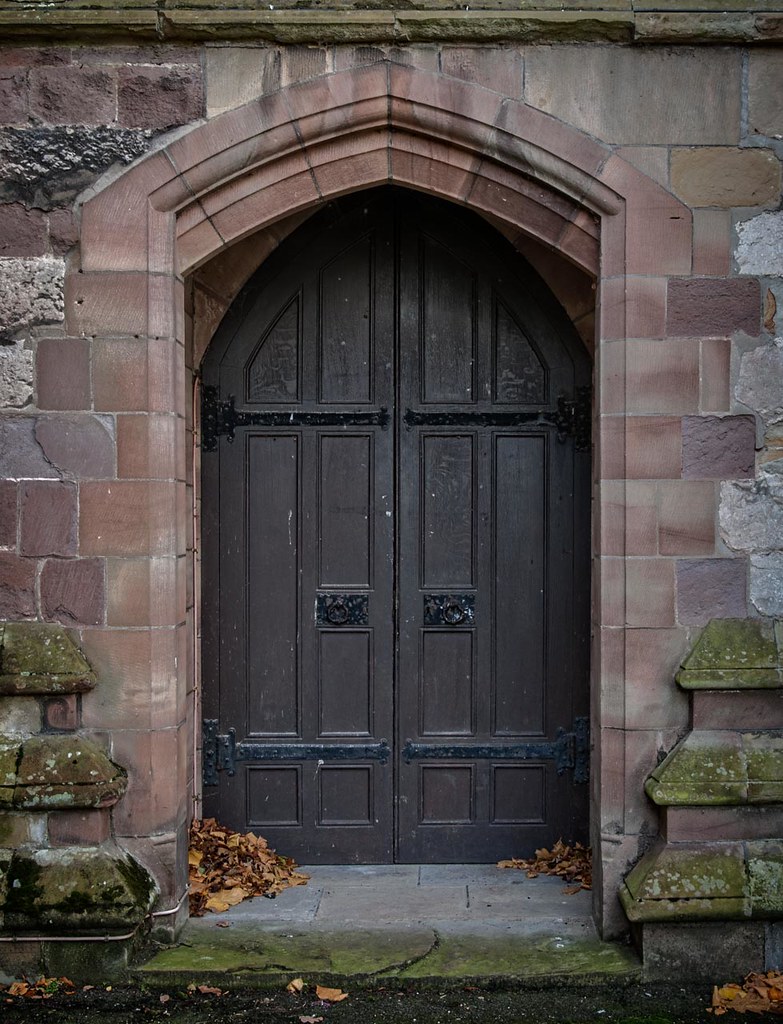 Now my next door is another one of those that has been going some time but I’m sure not as far back as 1300. Saint Hilary’s Church, originally named the Garrison Chapel, was built to serve as the towns chapel. All that survives is the tower, standing on a green just below Denbigh Castle, 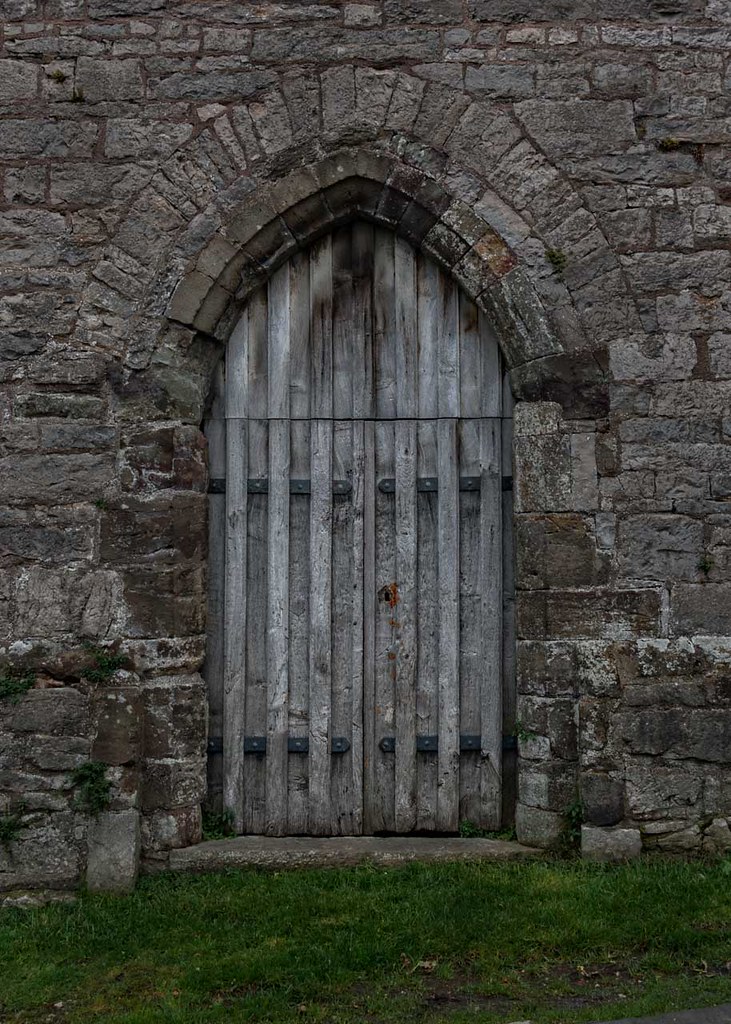 That’s it for this weeks challenge…here’s what others are saying about the challenge.