If you’ve ever read my About page you will know that I use the Olympus O-MD E-M1 camera and have done now for almost two years. Previously I used Pentax cameras but I found that my trusty old Pentax was getting too heavy to lug around. Maybe it’s because I’m not as young and fit as I used to be. Anyway, the Olympus suits me now and I’ve no intention of changing it in the near future. One thing I will say though;

I’m not into the whole Canon versus Nikon versus Sony argument. I leave that to others more suitably qualified. All you need is your eye and a camera; which doesn’t have to be a high-end DSLR with loads of expensive lenses to get great looking photographs.

Last Saturday, I had invited Sharon Jones, a fellow blogger, for her first ever street walk in Liverpool with the Fujiholics. Neither of us are Fuji camera users but that doesn’t matter. All are welcome and usually about 100-120 photographers turn up at the starting point. It’s meant to be a fun day out  walking the streets taking photographs and chatting to other photographers. So it really p!$$es me off when right at the start a “know it all photographer”, someone you have never met before, comes along and first criticises my choice of camera and then proceeds to tell Sharon how to set up and use her camera. I felt so embarrassed and annoyed. I’d told Sharon what a friendly bunch of photographers we were and the first person she meets acts like a total prat.

Anyway, enough of the rant. Let’s get on with the photographs, which are all from the Liverpool Photo Walk…….

Down by the River Mersey is the Ferry Terminal which takes you across the river to Birkenhead. Some of you may remember a song written by Gerry Marsden about the ferry, called “Ferry, Cross The Mersey”. Surprisingly, there are adverts at the terminal about a cafe dedicated to the Beatles but no mention of Gerry. 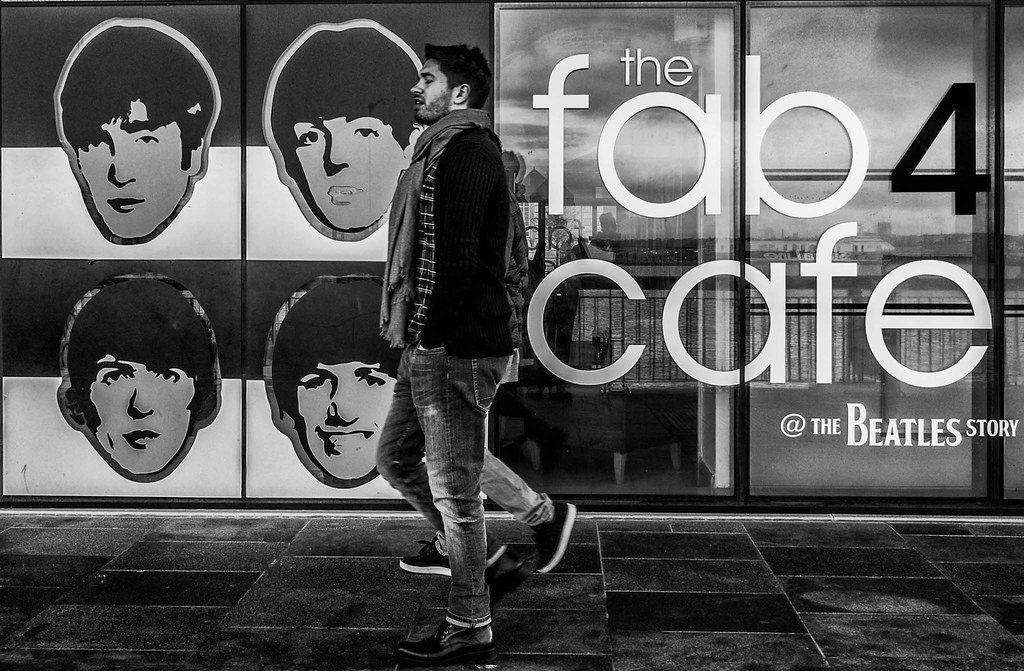 In Mathew Street is the famous Cavern Club. Well not quite. The original was filled in and a new one opened just a little further up the street. Opposite the Cavern Club is the cavern Pub and this photograph was taken outside the pub. Have a look at the names on the bricks. 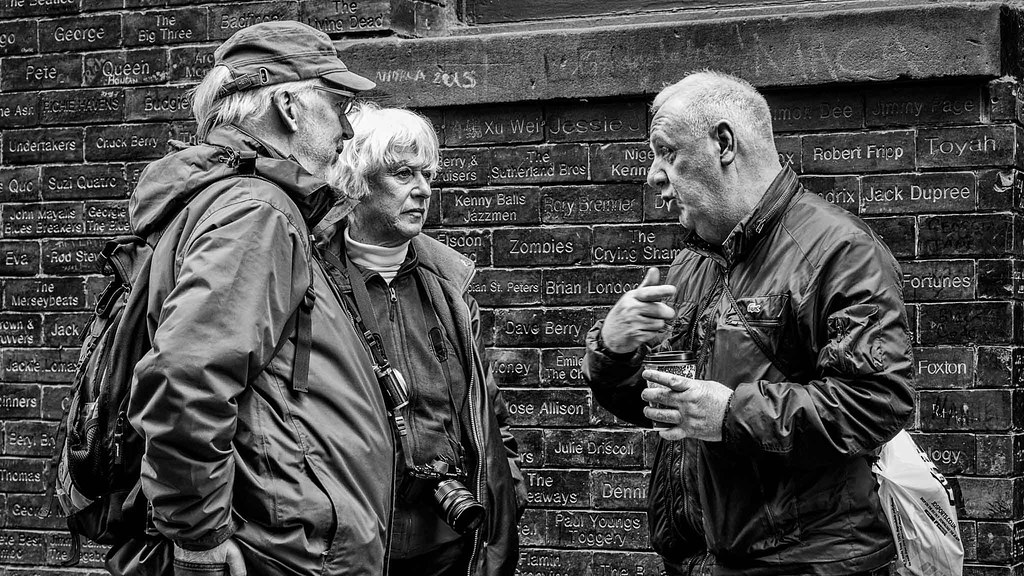 The docks are a very popular tourist attraction in Liverpool. I wanted to photograph something different so it’d a down low shot for me. Just as well it’s still winter or it could have got embarrassing. 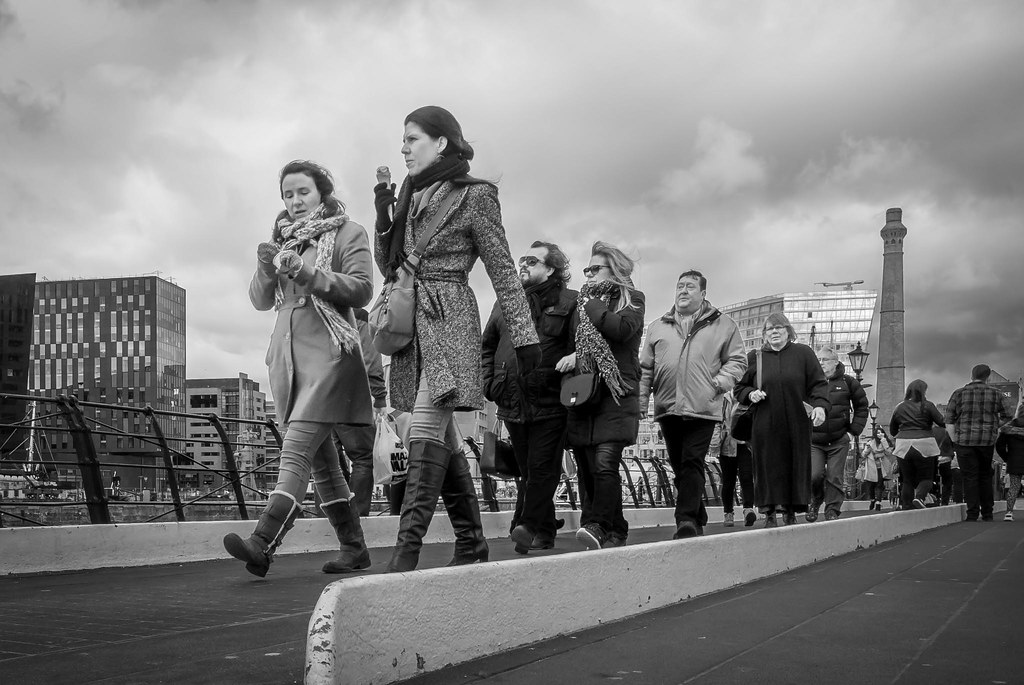 Heading past the Everyman theatre walking towards “Paddy’s Sombrero” better known as the Liverpool Metropolitan Cathedral I spotted these three walking along, totally unaware that I was there.. For me it was the shadows that made the photograph. 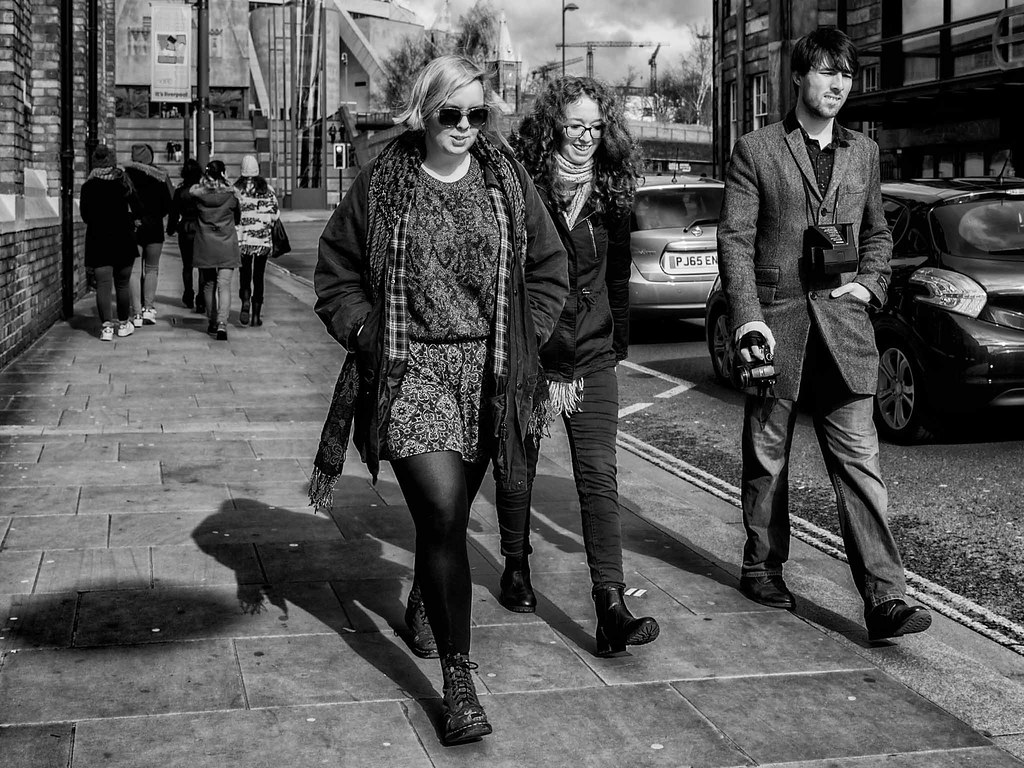 Now at this point you might be thinking “what have these photographs got to do with Harmony?” It’s easy, don’t you see the relationship? As Ruth Bernhard so succinctly put it;

For me, the creation of a photograph is experienced as a heightened emotional response, most akin to poetry and music, each image the culmination of a compelling impulse I cannot deny. Whether working with a human figure or a still life, I am deeply aware of my spiritual connection with it. In my life, as in my work, I am motivated by a great yearning for balance and harmony beyond the realm of human experience, reaching for the essence of oneness with the Universe. 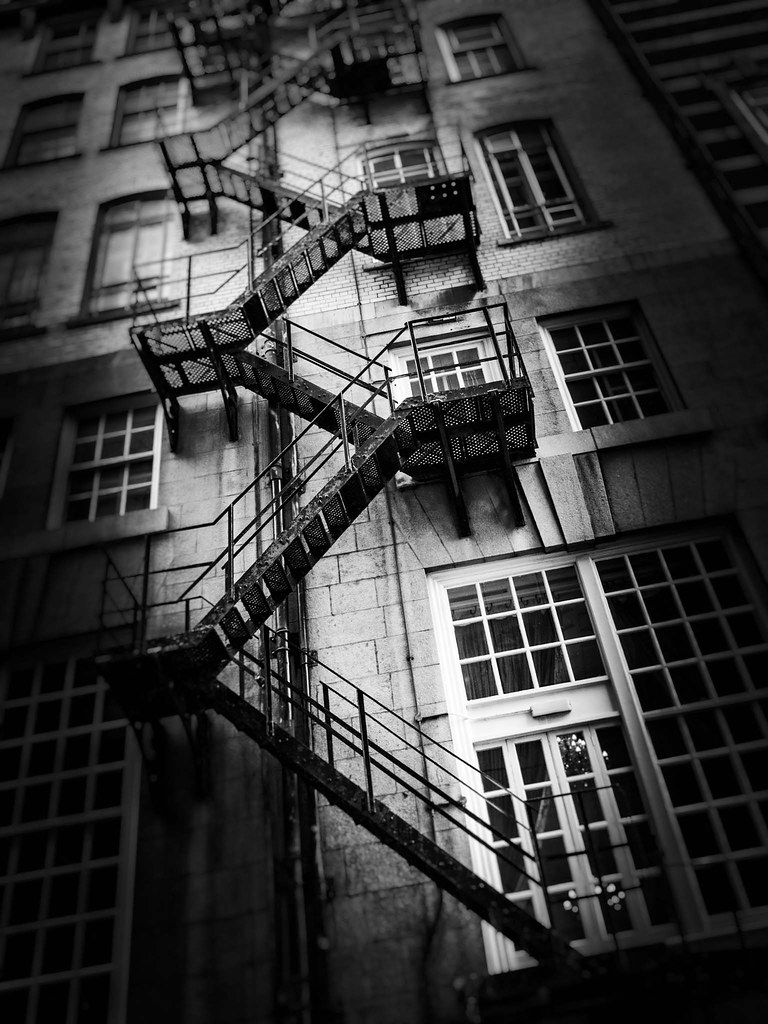 A switch to some architecture now. The fire stairs caught my eye as we were walking around, in fact they seemed to catch the eye of everyone on the photowalk as we were all stopping to point our cameras at them.

Now this is one of those photographs I’m not sure about. Does it have any value? I  don’t mean monetary. I was think more along the lines of what does the photograph actually say. Is it intrusive? Or is it just a moment in time captured by the camera? 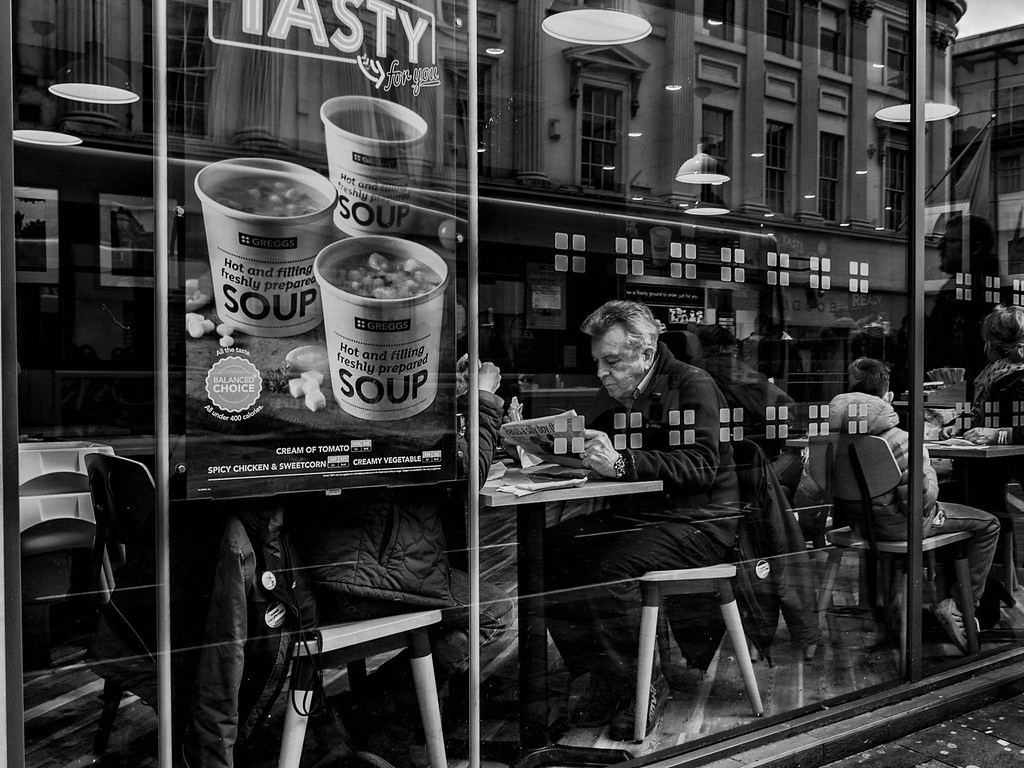 I shot this one from the opposite side of the street. Here in the UK you can no longer smoke inside public buildings. This includes, bars, restaurants, cafes, shops, the workplace. So you will often see people standing outside smoking. What I liked about this was the stripes. They show up so well in Black and White. 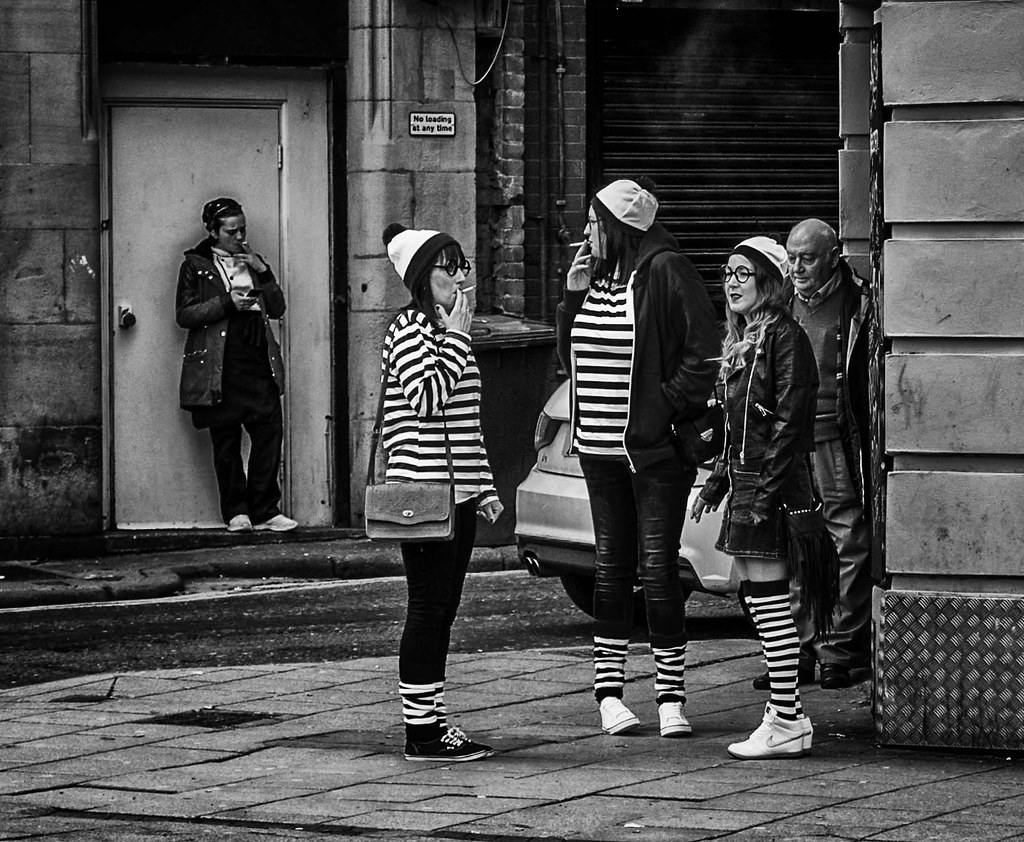 Those Fab Four again. You just can’t get away from them. 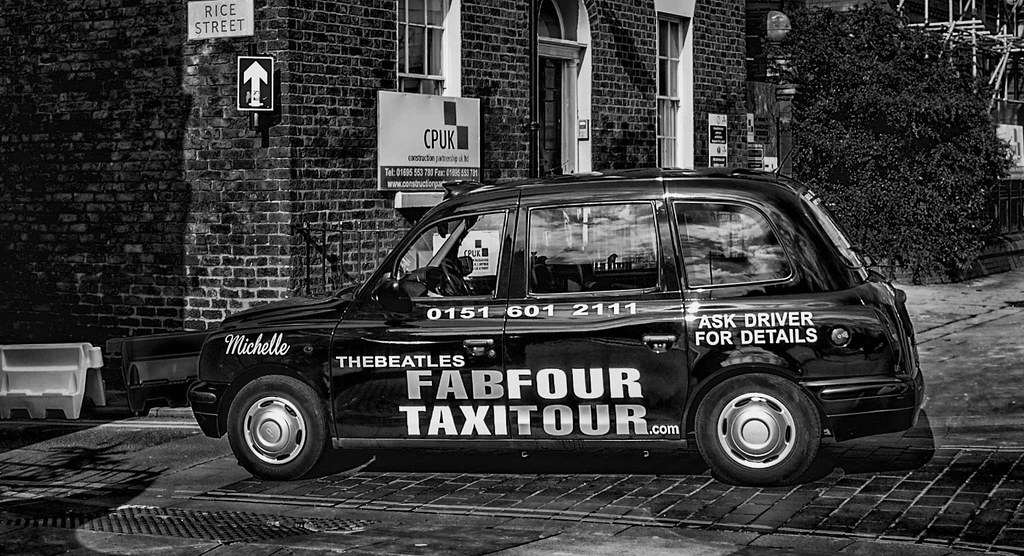 In the photograph below the girl on the phone is my main subject but she was being overpowered so to speak by the steps which where a very light grey. To try and balance this out during the conversion to Black and White using Google Silver Efex I did darken the stairs using the control points to turn down the exposure 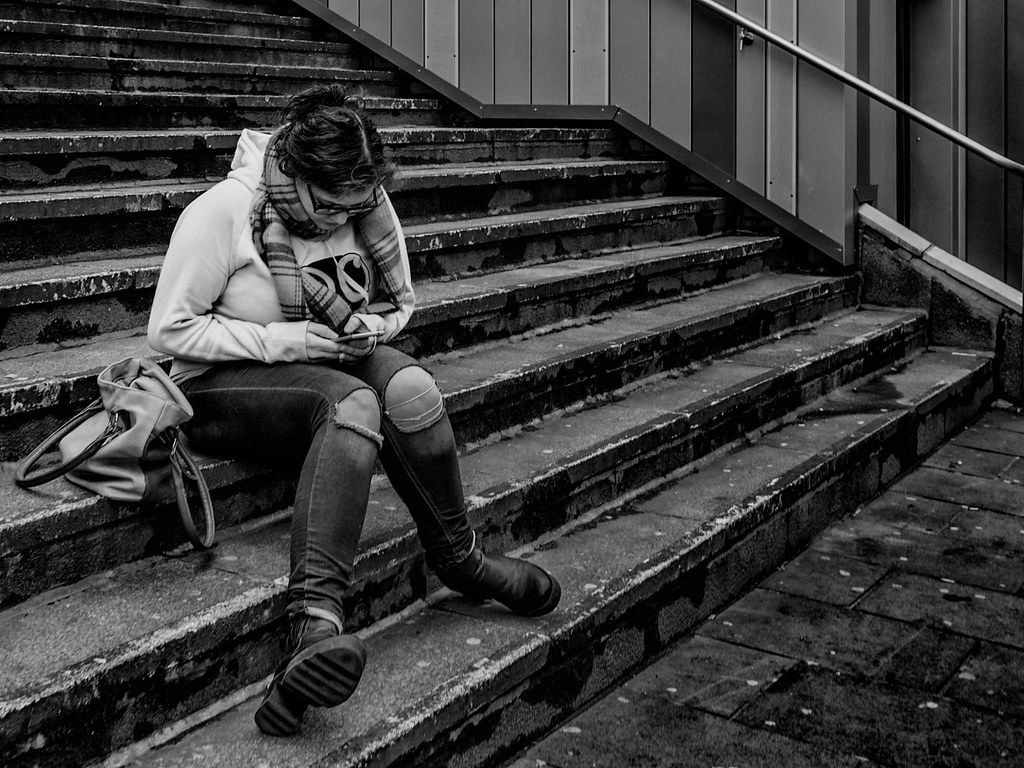 This is one of my favourites of this series from Liverpool. In general I darkened the whole image except for the clock face and the words Oh Me Oh My. I really wanted them to stand out…… 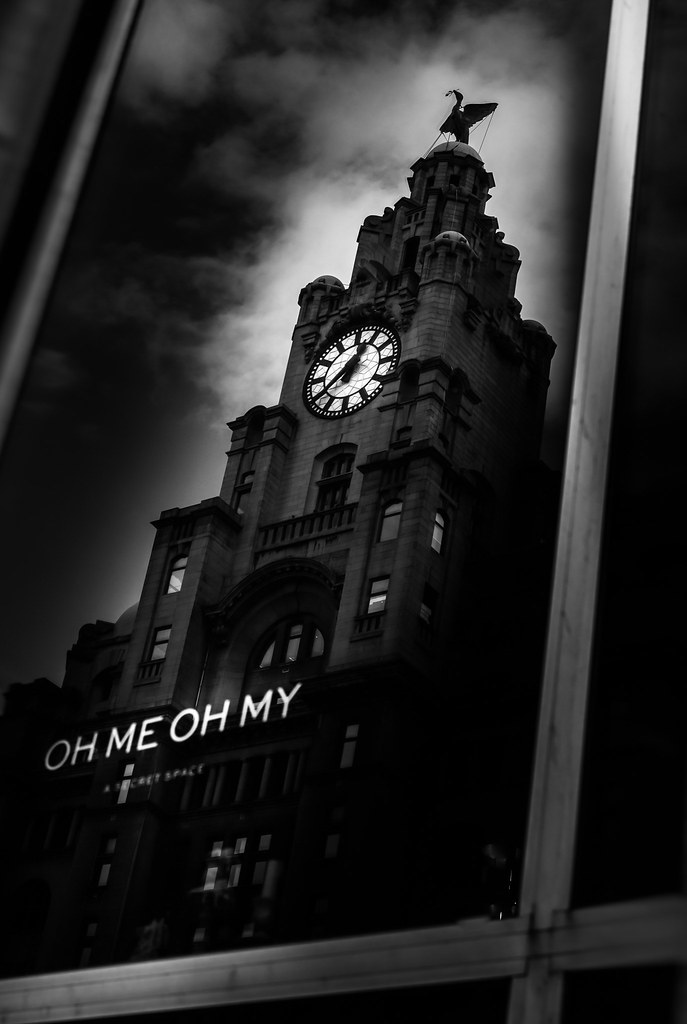 ….and this is my other favourite. These two ladies had just come out of the pub  for a quick smoke. They saw me with the camera and just started laughing. It really was too good an opportunity to miss and they were happy for me to take their photograph. 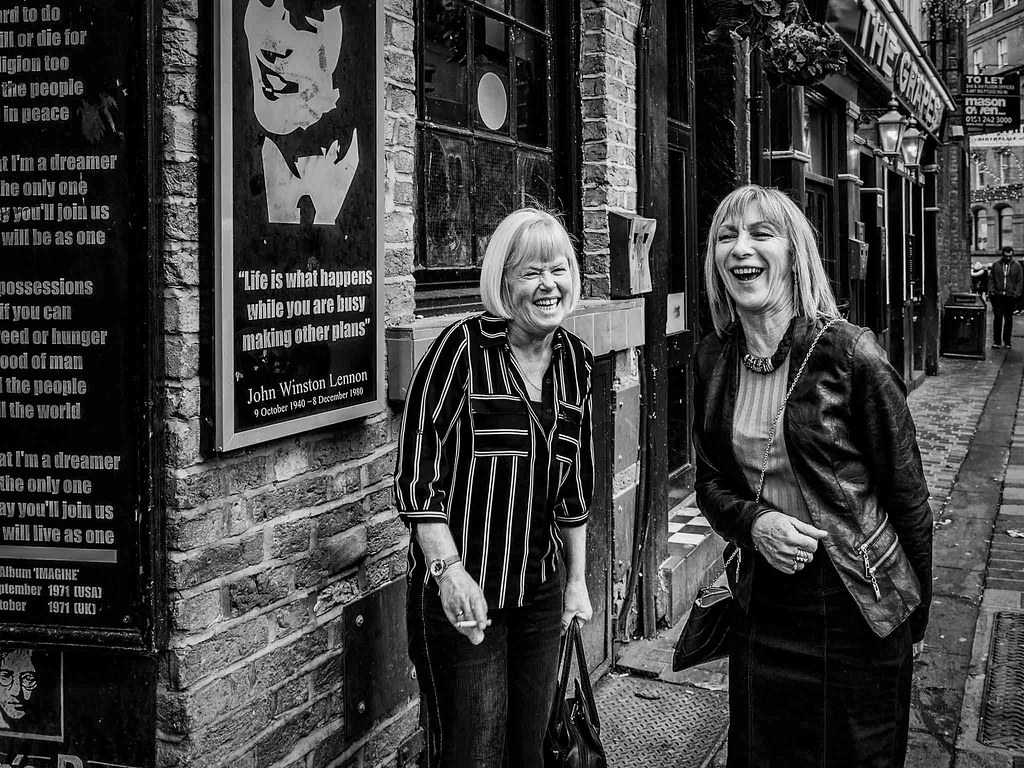 The only photograph I have kept in colour. It’s so bright and would have been lost if I had converted it to Black and White. 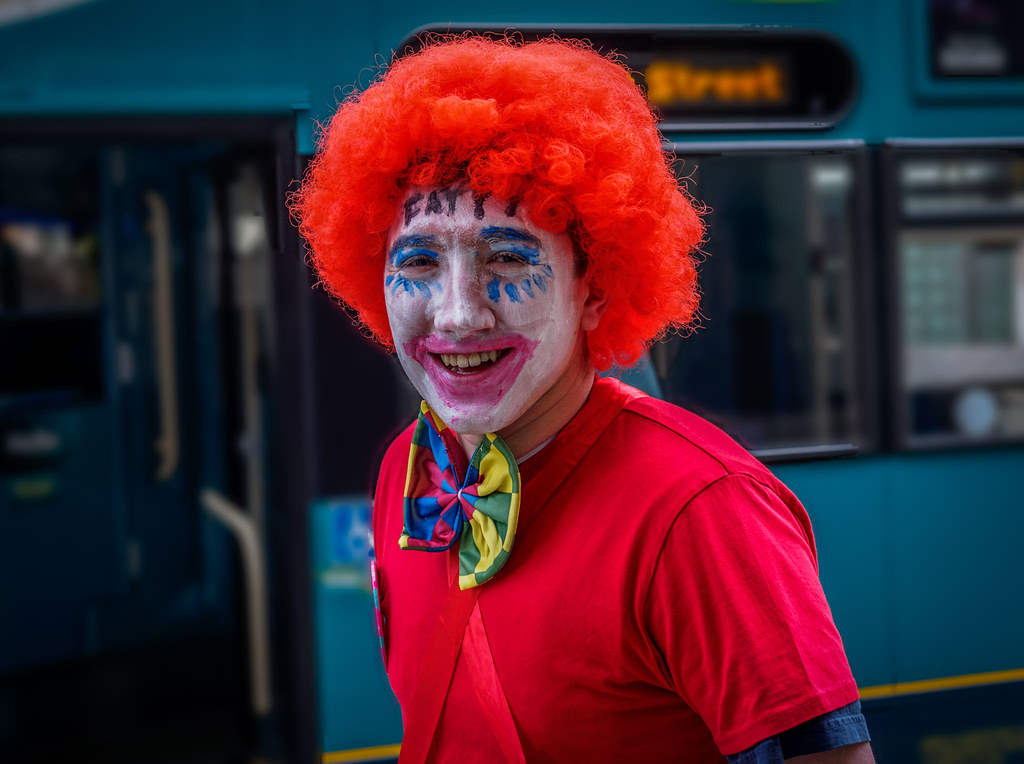 Another cafe shot. I like the way they are laughing here. 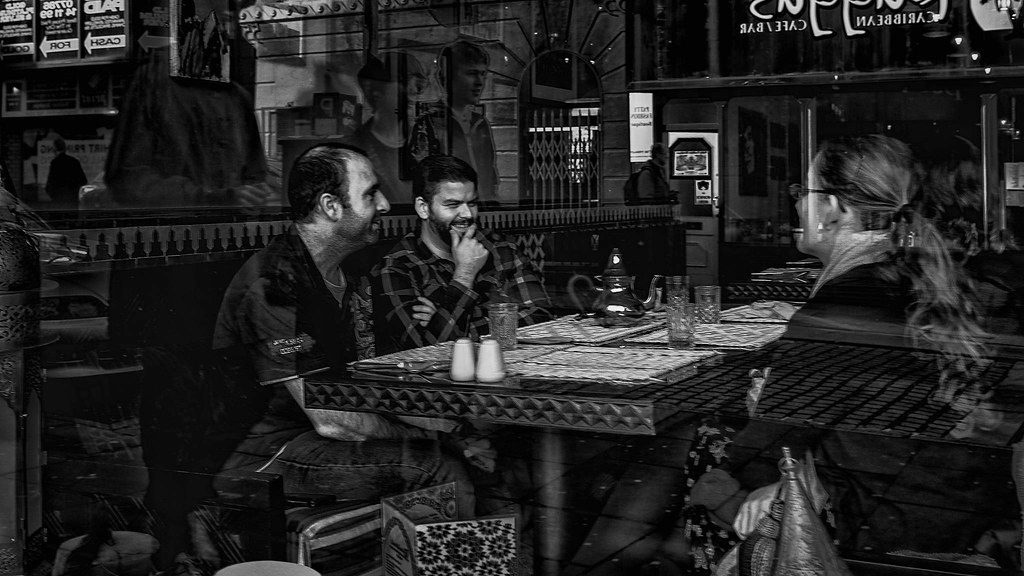 Now then, all the way around the route for the photowalk we kept bumping into these girls and their friends. In the end I decided to photograph them. They know I’m doing it but don’t seem in the least bit bothered. 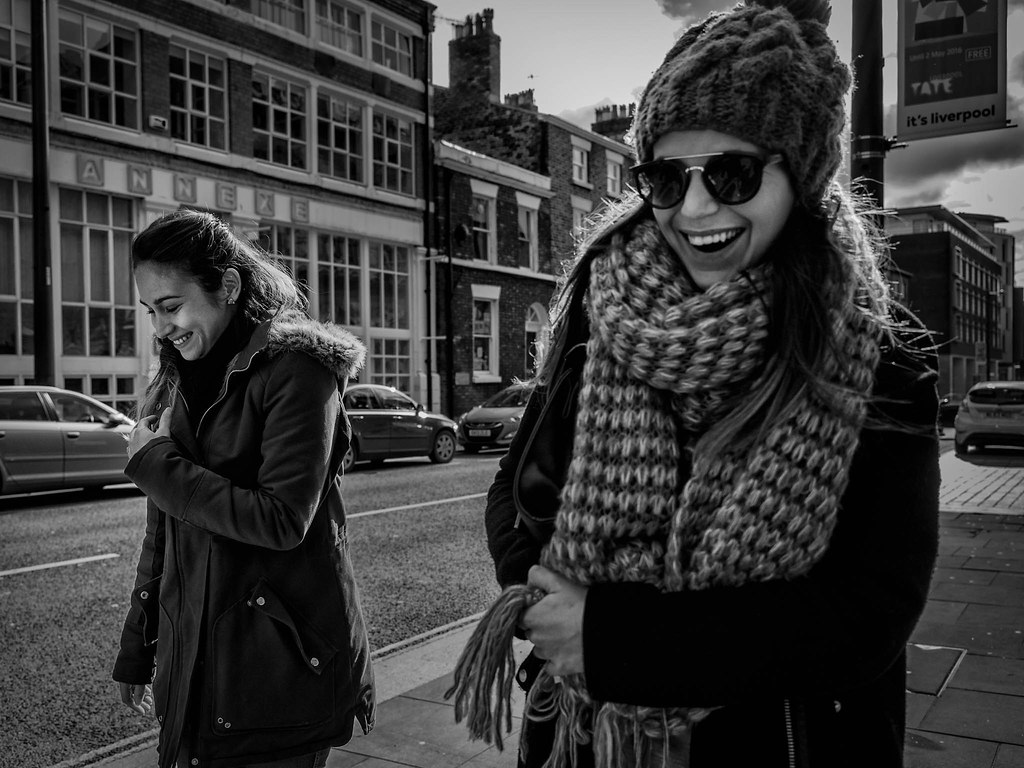 Emma and John. I wonder if they are still together? 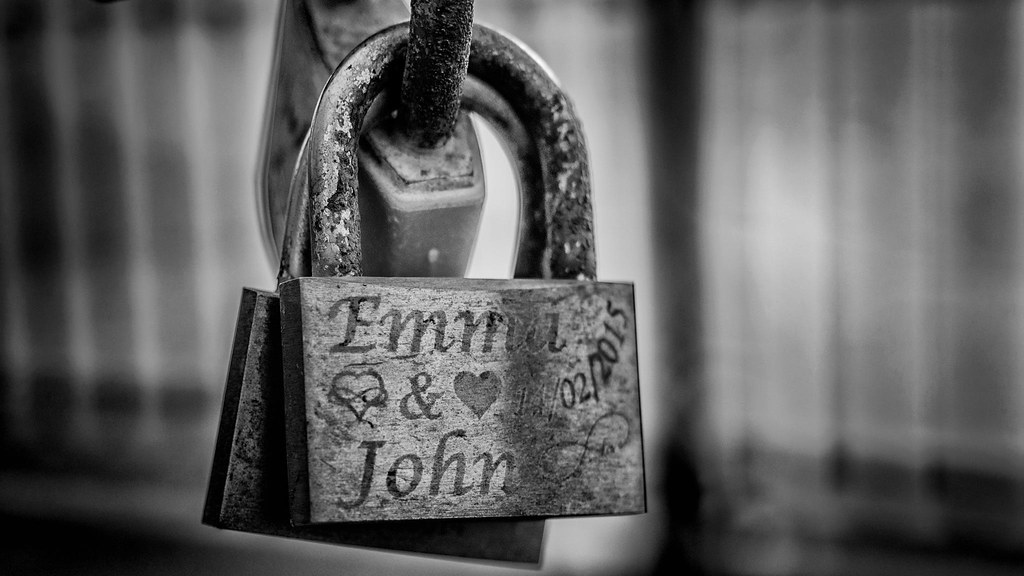 That’s it from me this week. For Sharon’s view on the photowalk around Liverpool follow this link.

As usual, here ‘s what other bloggers are saying about this weeks challenge.