It’s Sunday morning, here in the UK. Overnight our clocks went forward one hour whilst most of us were sleeping, so we are officially in British Summer Time. This year marks the 100th anniversary of this twice yearly event where the clocks go forward in Spring and backwards in Winter, which means that for now evenings have more daylight and mornings have less. Britain is one of a few countries around the world that observes a daylight saving time. Why do we do it? Well it all started during the First World War

It is light that reveals, light that obscures, light that communicates. It is light I “listen” to. The light late in the day has a distinct quality, as it fades toward the darkness of evening. After sunset there is a gentle leaving of the light, the air begins to still, and a quiet descends. I see magic in the quiet light of dusk. I feel quite, yet intense energy in the natural elements of our habitat. A sense of magic prevails. A sense of mystery. It is a time for contemplation, for listening – a time for making photographs. – John Sexton 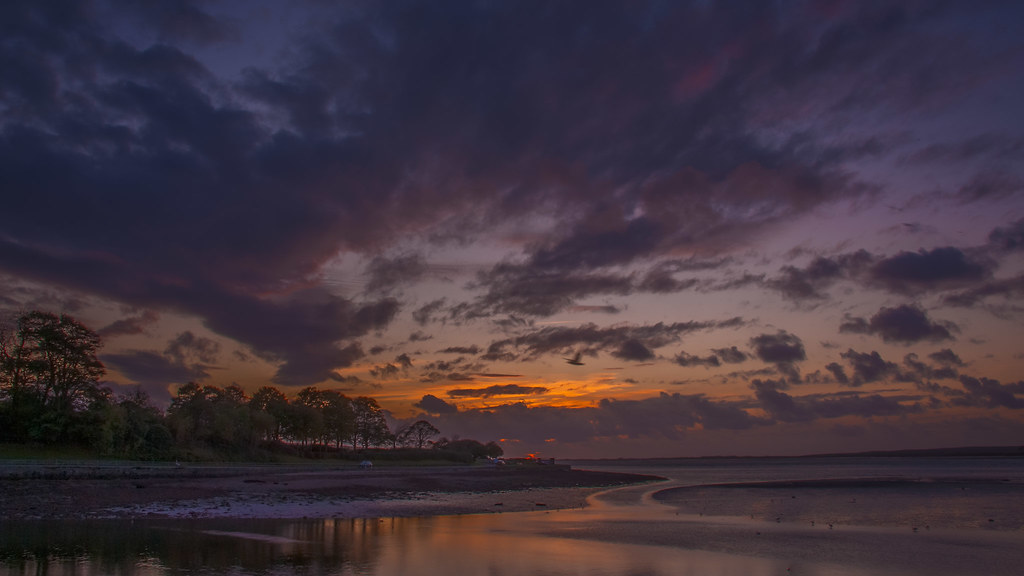 I took the photograph above at Caernarfon late one evening after the sun had set. I wasn’t really interested in the foreground but the pattern and colour of the clouds did really interest me.

Blue Hour in the evening happens once the sun has dropped a good distance below the horizon and what little light is left happens to take on a blueish sort of hue. It’s a good time to take photographs which are different from the normal reds, oranges and purples of a sunset. As Pete Bridgwood says;

Landscape photographers are crepuscular creatures, we tend to function most creatively at twilight, be it dawn or dusk. 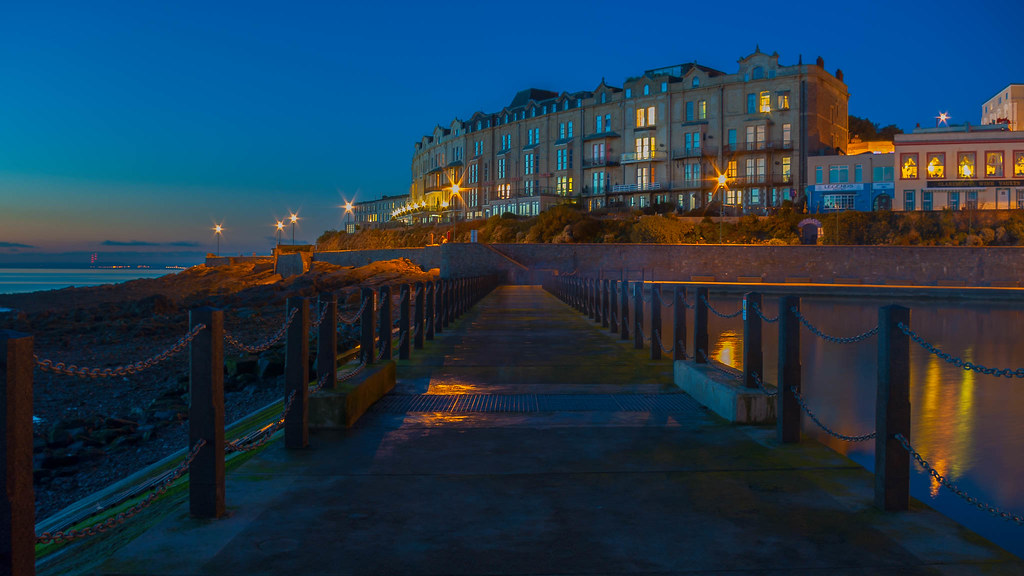 …and that’s probably true. I find my best photographs tend to be in the evening as the sun is setting and living on the coast there’s always the chance to capture a good sunset out to sea, especially in the Spring, Summer and early Autumn.

You only get one sunrise and one sunset a day, and you only get so many days on the planet. A good photographer does the math and doesn’t waste either. – Galen Rowell 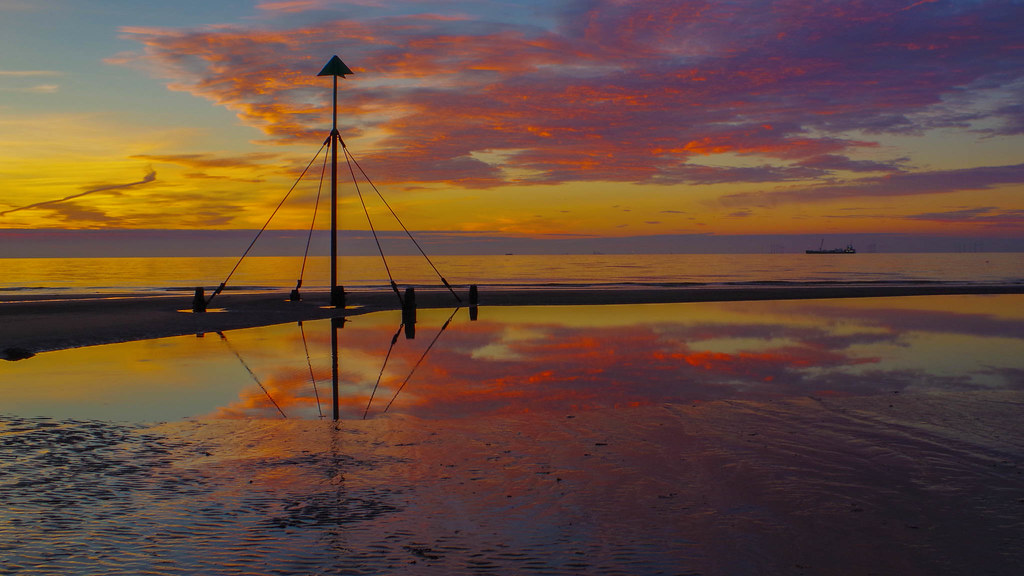 Sometimes though you can go inland and capture something completely different. The photograph below was taken on the banks of the Grand Western Canal which was completed in 1814. I hadn’t really gone out with the intention of taking a photograph, we were using the canal towpath to get to a local pub, but along the way the sky just lit up and it was really too good an opportunity to miss. No tripod here, just a steady hand, a 1/30s exposure and my wife’s shoulder as a brace. 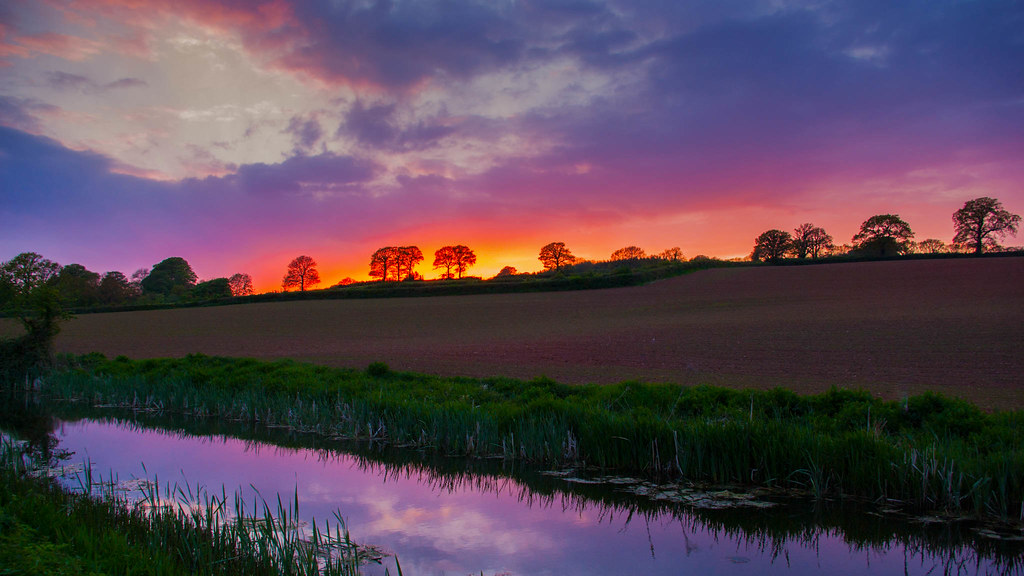 More local this time in a field very near to my house. I had seen the bales being cut during the day and thought it would be good for a sunset photograph. So suitably armed with a tripod I wandered around the field looking for a good viewpoint. The sun was setting to my right and flooding everything with an orange glow. 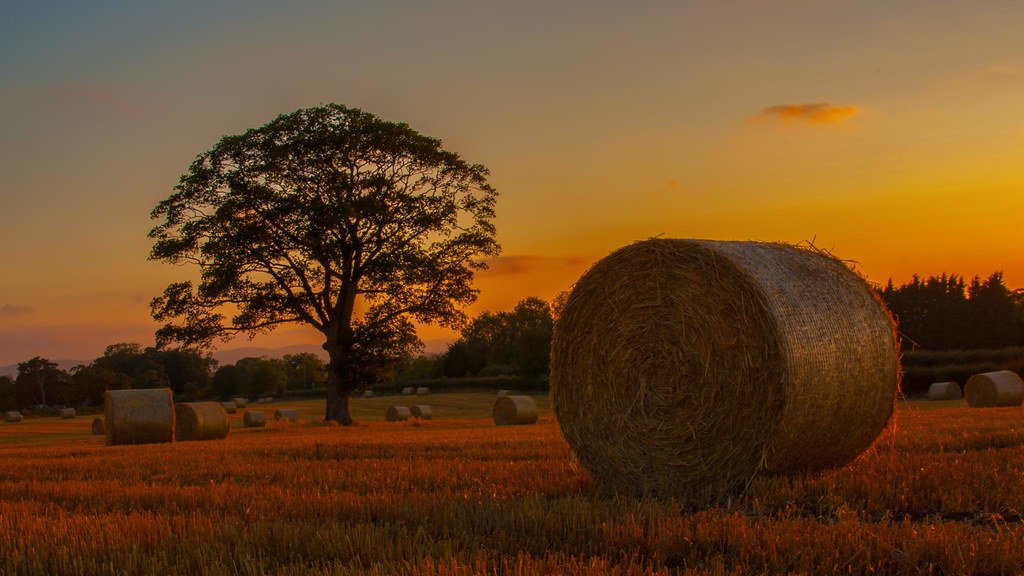 My final photograph is of Tewkesbury Abbey which is a joy to photograph both inside and out. But Tewkesbury has a dark history. After the Battle of Tewkesbury in the Wars of the Roses on 4 May 1471, some of the defeated Lancastrians sought sanctuary in the abbey. The victorious Yorkists, led by King Edward IV, forced their way into the abbey; the resulting bloodshed caused the building to be closed for a month until it could be purified and re-consecrated. 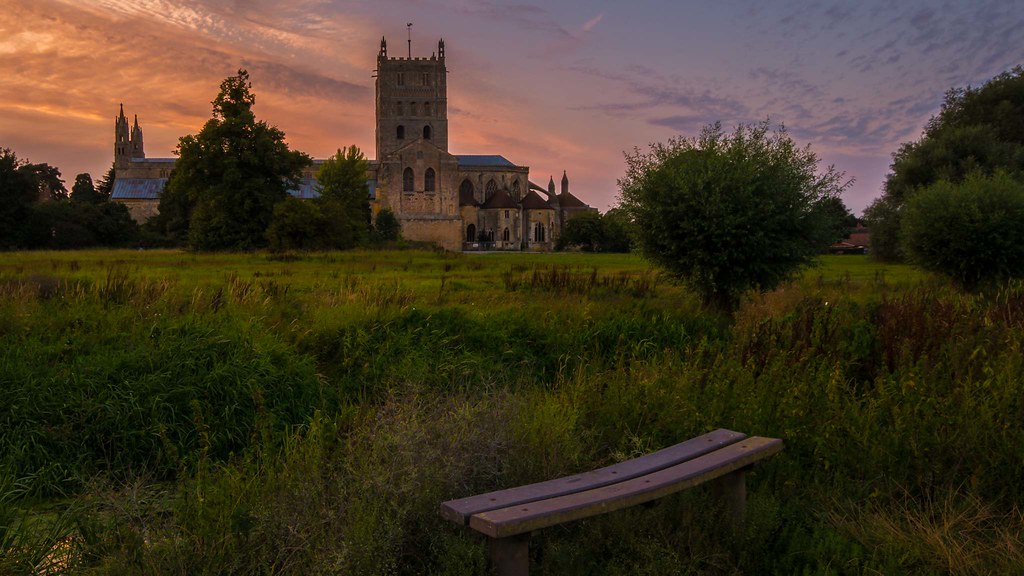 Out on the green I was looking for some foreground interest and finally found this lone bench some distance from the abbey. Even although it was some distance away I wanted to include it just to give that added something.

Finally I’d like to talk about Luminosity Masks. Last week I wrote an article about how I’d finally given up on trying to work with this method of post processing photographs and yet all of the photographs you see in this weeks post were processed using Luminosity Masks. Why? Over on Facebook I’m a member of a group called Luminosity Masking and last week I put up some photographs challenging the group to convince me that LM’s really worked in practice. Terry Tedor came up with a very well worded explanation of how he used LM’s to produce a photograph, which forced me to rethink how I should use Luminosity Masks. The results you can see here.