It’s 6:55 am and I’ve just stirred. Got a lot to do today. Sort through a load of photographs I’ve took yesterday with the new Olympus Lens, the M Zuiko Digital ED 75-300mm f4.8-6.7 II. I’ve bought it specifically for wildlife and those low flying aircraft that fly through the valleys here in North Wales. I’ve also got to start preparing my talk, with photographs of course, on “Abandoned Industrial Buildings in Snowdonia”. Strange as it may seem the National Park, known for it’s mountains and lakes also had an industrial heritage, mainly Slate mining.

Anyway time to get out of bed and get to work…..

Alright – maybe that’s not my bedroom but I wanted to show you this anyway.

I’m probably at my most productive first thing in the morning. The house is quiet, I can think and write without interruption for about an hour before my wife stirs. Yesterday I paid a visit to Conwy Bird Reserve. Like the Mach Loop it’s hit and miss what you might see in the lagoons or the estuary. The birds are wild, they choose to be there because they can find food, if there’s nothing they will move elsewhere. It’s not too far away from me so it’s a good place to practice with the new lens and see it’s limitation if any. 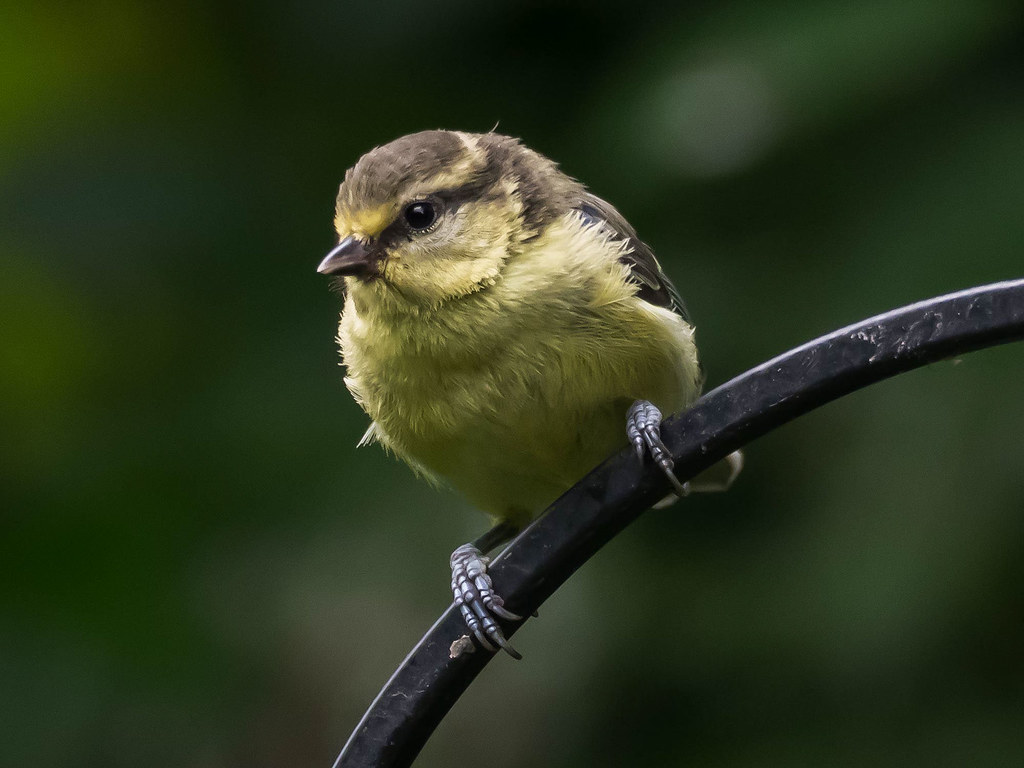 Dotted around the reserve are some bird feeders, they attract the smaller nervous birds who will fly in quick, grab seeds and fly back into the trees. I was standing about 10 metres from the feeder which is surrounded by trees on three sides, making the area pretty dark. In an ideal world a good test would be to try to catch them in flight, not as easy as it sounds. I failed miserably yesterday, but that was down to me having the wrong shutter speed on the camera. If it’s too slow the wings just look a blurry mess. Thank goodness aircraft are much easier to photograph. Lock the focus, track the aircraft, fire the shutter. Easy in theory but the low flying military jet is moving pretty fast through the sky so you have to be spot on with getting that focus locked and that’s down to the lens. It has to be fast and not hunt.

Down on the estuary this junior Black Headed Gull had settled down to wait for the incoming tide which brings fish and nutrients with it. Probably about 70 metres away from me. 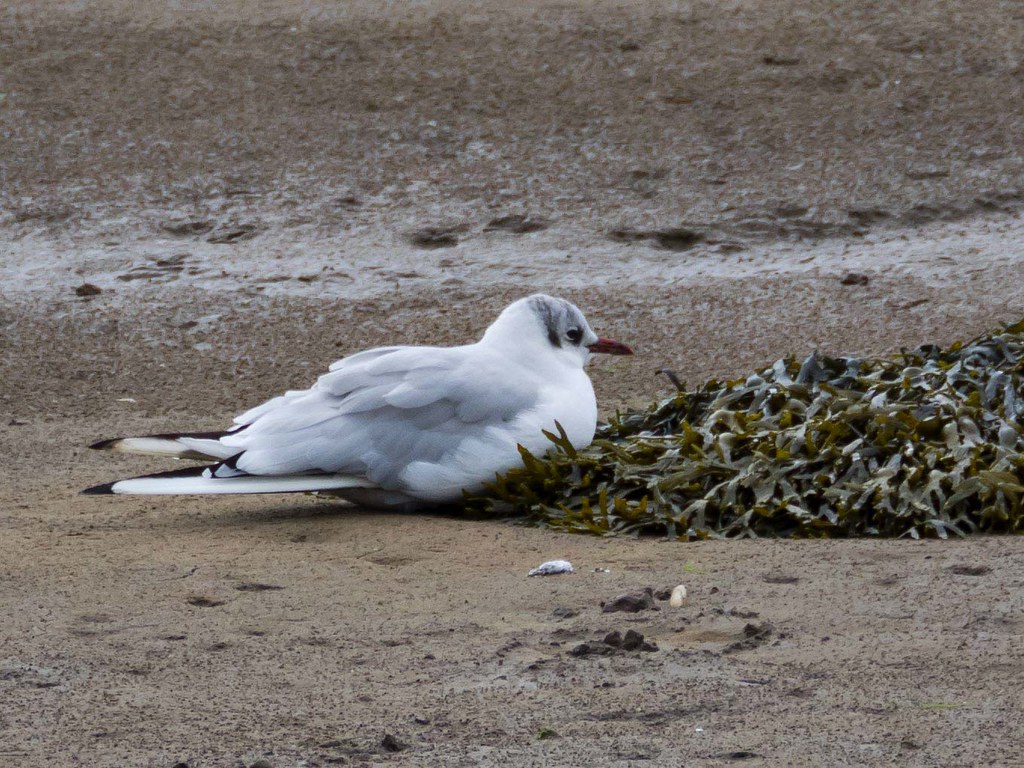 Walking through the reserve woods I came upon this Green Finch sitting on a branch about 5 metres from me. I’m surprised I didn’t startle it. Hanging out of it’s mouth is the wing of some insect. I managed to take a couple of photographs before it flew off. But this was a good test for snap focusing and getting a useable photograph. 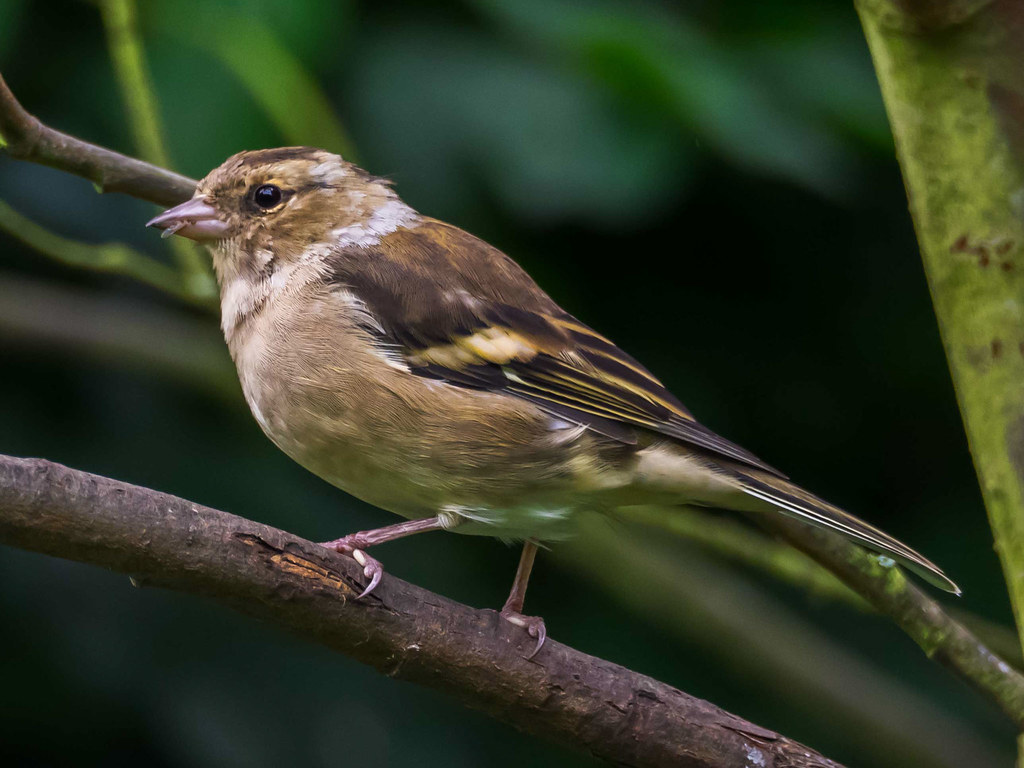 Out on the lagoons the Little Egrets were doing their usual fishing routine about 50 metres from me. They disturb the silt by moving their feet, that’s why there are bubbles, then they dive in with that long beak and catch their food. 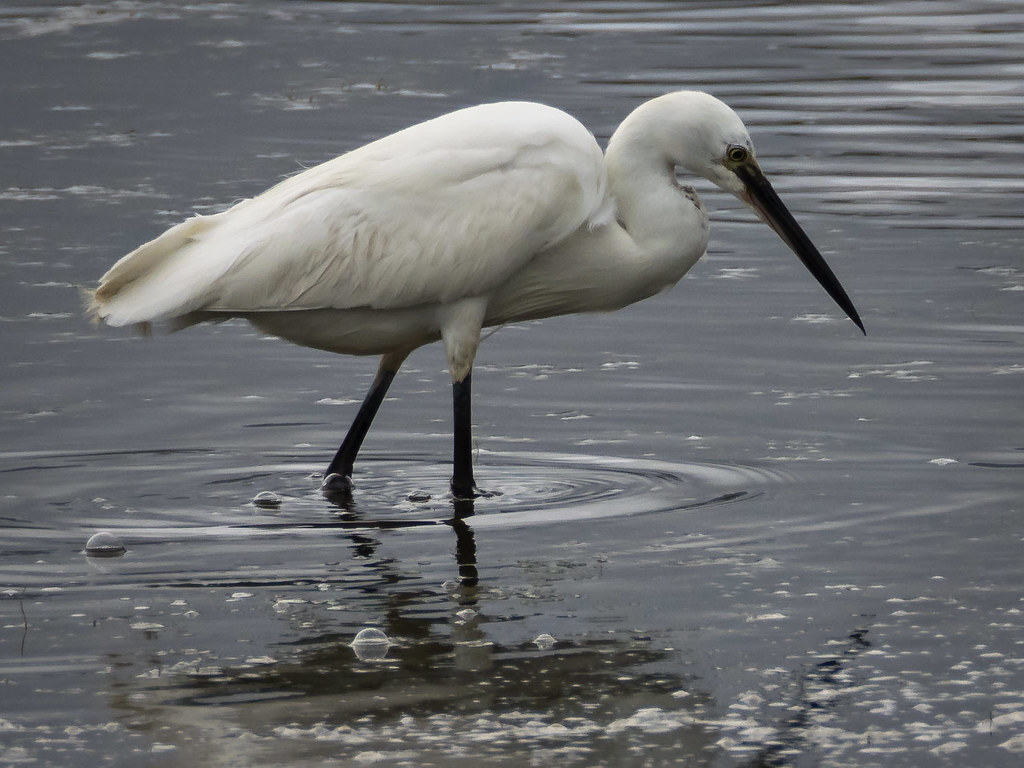 At another feeder I found this Bullfinch. It’s colours are not as bright as they can be, mainly down to looking after their babies. See them in the Spring and the colours are so vibrant. 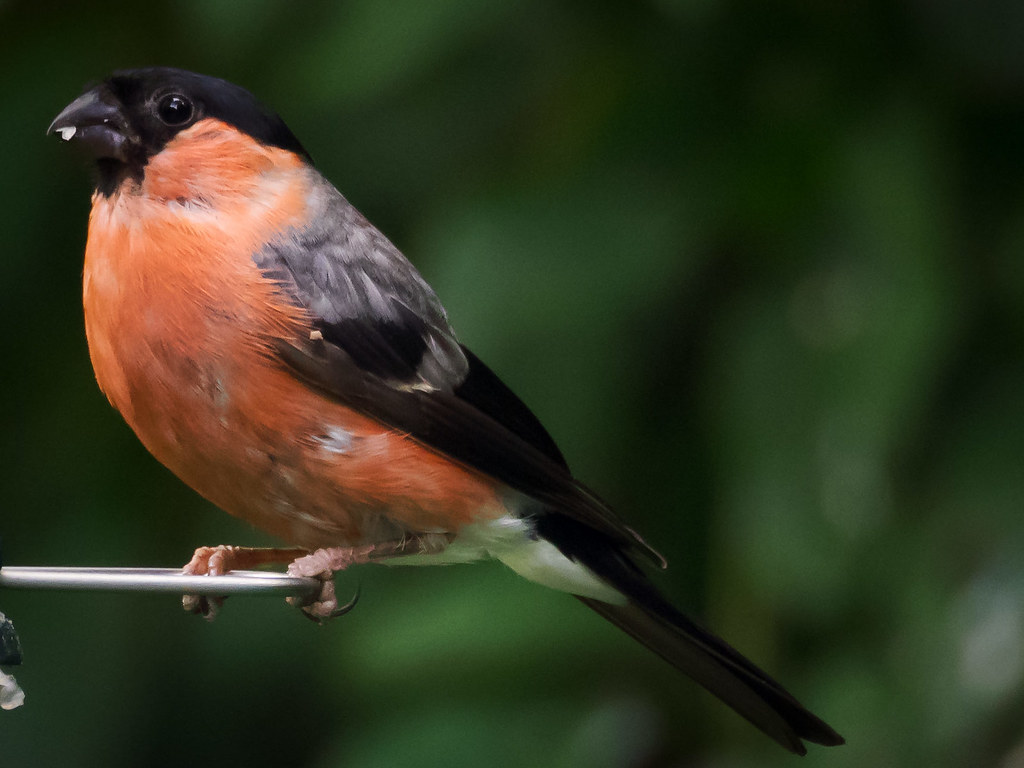 Way across the lagoon I spotted this Grey Heron standing on a large stone. Probably trying to get a bit more height to see if there are any fish about. In reality it was far too far away to get a decent photograph 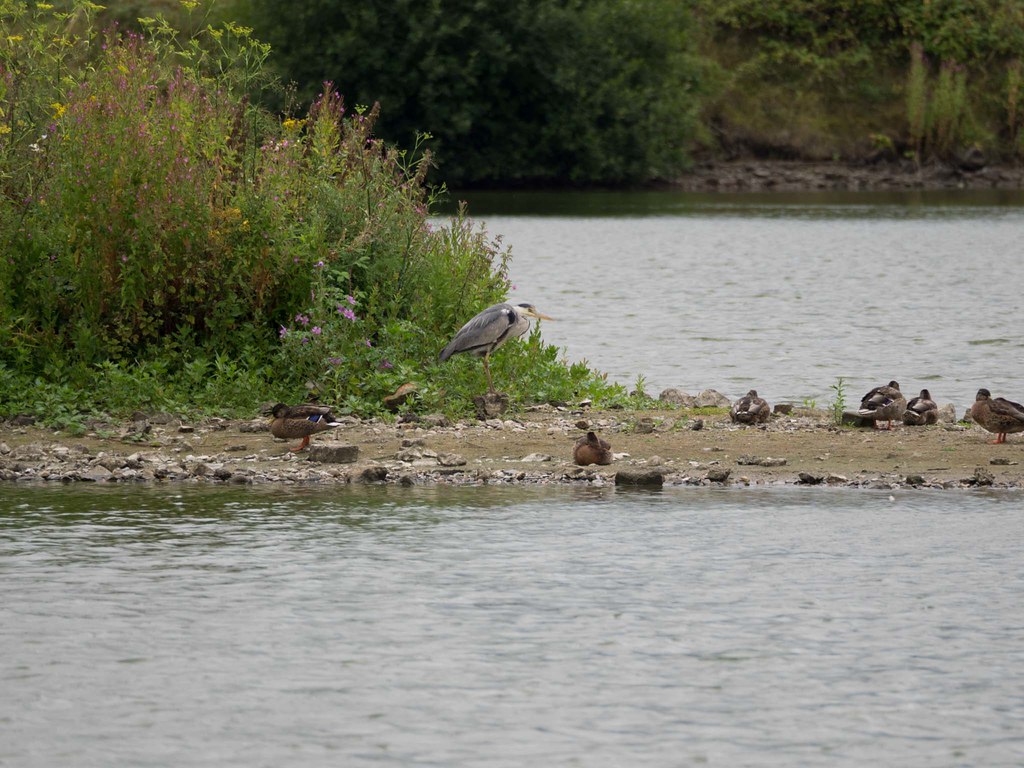 but surprisingly I was able to crop in to get a photograph I could use for FaceBook, Instagram or Blogging. It doesn’t look it in the photograph because I have already zoomed in but that Heron was about 200 metres from me 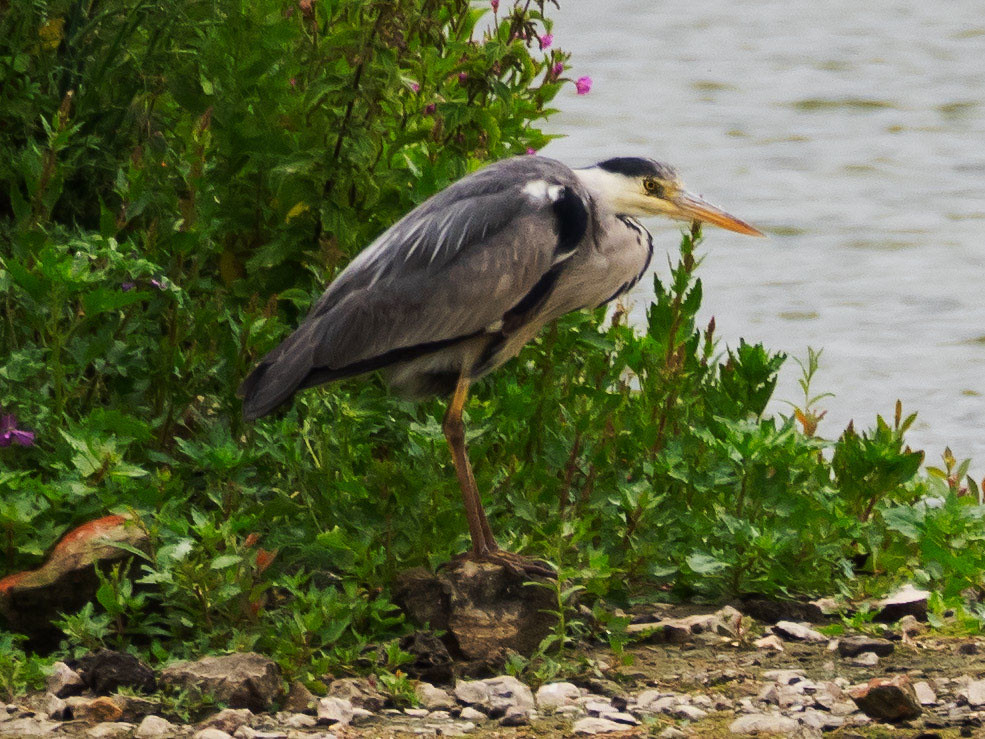 My final photograph for this morning is of a junior Green Finch. To be honest I had no idea what this was, my ability or lack of it to identify birds is well-known, I had to ask one of the reserve wardens  what it was. This was a real close-up. It didn’t seem to have any fear but I was able to get to about three metres from it. 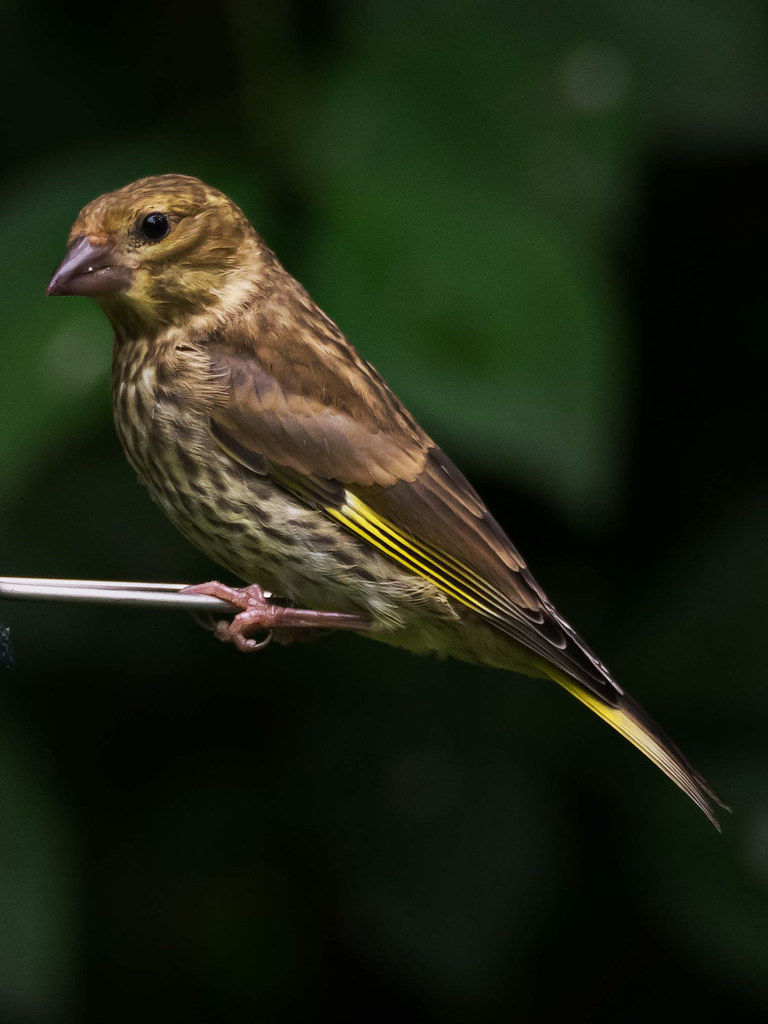 So there you go, the first part of my morning has come and gone. Time for a nice cup of tea and then I need to look at the industrial ruins for that talk I’m giving in September. Oh! and a heads up. I will be away at the end of the month travelling through Germany and the Netherlands for a week of  photography along the River Rhine.