I can’t believe it’s Friday and I’m sitting in my office not having completed this weeks challenge, well I can. Of late I have been really tardy in getting the challenge in but life seems to be getting in the way at the moment. But better late than never.

Where is the picture? Deadline is less than an hour away, this is a multi-million dollar operation…….. and it waits for no one! – Anonymous

Anyway. Fun! Let’s get started. I’ve always liked this photograph of a father and son diving off the pier into Loch Lomond. It was purely a grab shot for me that I took on a trip back to Scotland to see my father. With a few hours off I paid a quick trip to Loch Lomond, just north of Glasgow. I have fond memories of here, walking up Ben Lomond, the mountain you can see in the background, shrouded by cloud. It’s where I first took up photography as a kid, really expensive then, not like today’s digital age. 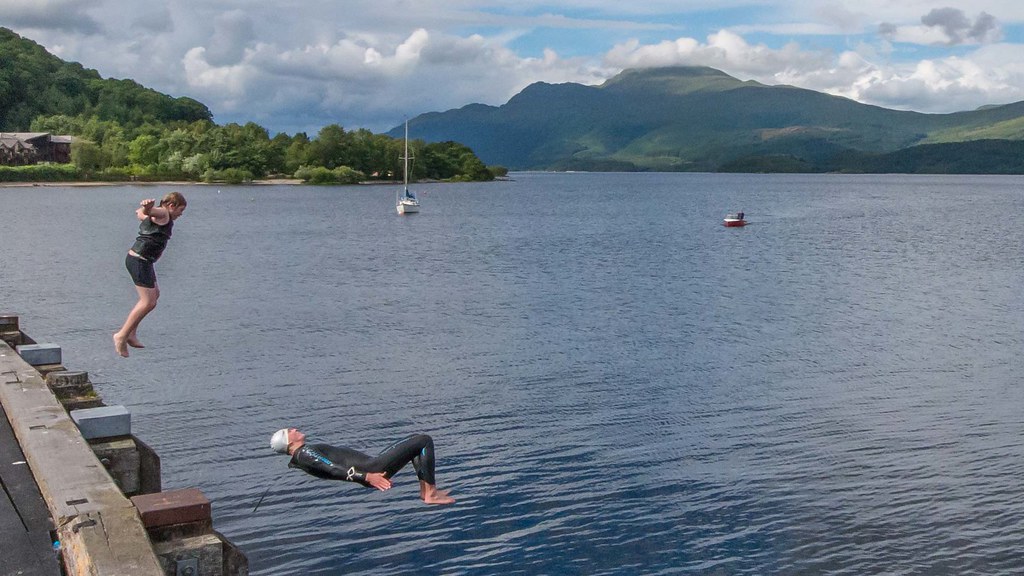 I don’t know who spotted who first. I was lurking, waiting to take some street photographs in Liverpool, down near the Albert Docks. This gentleman saw me and started posing. I couldn’t really refuse. I even showed him the photograph, I think he liked it

A photographer from a well know national magazine was assigned to cover the fires at Yellowstone National Park. The magazine wanted to show some of the heroic work of the fire fighters as they battled the blaze. When the photographer arrived, he realized that the smoke was so thick that it would seriously impede or make it impossible for him to photograph anything from ground level. He requested permission to rent a plane and take photos from the air. His request was approved and arrangements were made. He was told to report to a nearby airport where a plane would be waiting for him. He arrived at the airport and saw a plane warming up near the gate. He jumped in with his bag and shouted, “Let’s go!” The pilot swung the little plane into the wind, and within minutes they were in the air. The photographer said, “Fly over the park and make two or three low passes so I can take some pictures.” “Why?” asked the pilot. “Because I am a photographer,” he responded, “and photographers take photographs.” The pilot was silent for a moment; finally he stammered, “You mean you’re not the flight instructor?” – Anonymous

OK! The joke is corny and predictable, but hey, this week’s challenge is fun. Which takes me to my next photograph. Look how happy they are, performing at the Llandudno air-show. These girls could sing and with their 40’s style music they were certainly attracting a lot of attention on the sea-front

Who can’t have fun with bubbles? They’re great to photograph I know that. 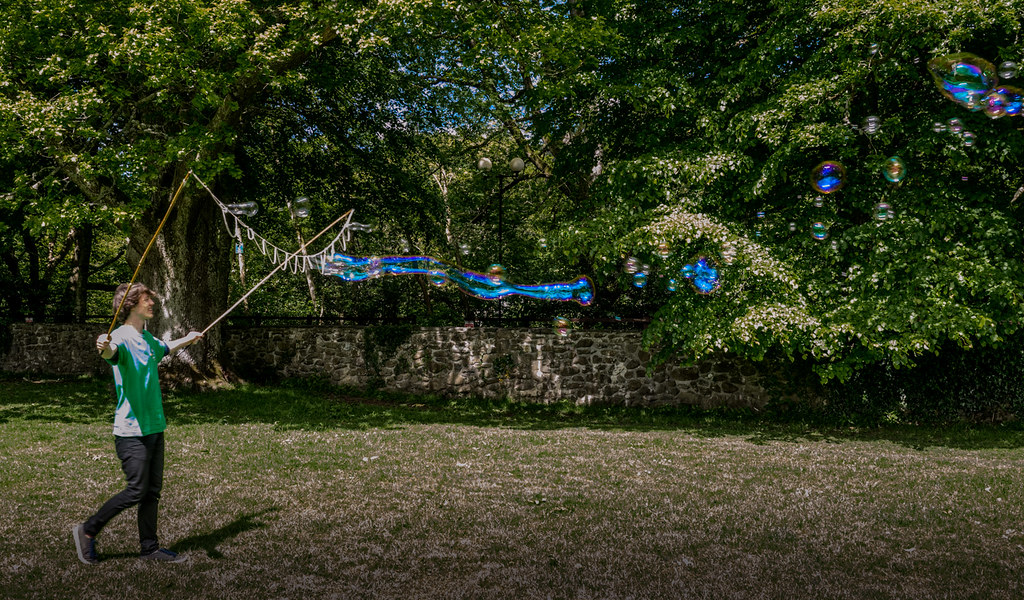 Anyone for cake. I found these little stickers whilst wandering around the venue for a wedding. Just thought it would go well with the absolutely scrumptious wedding cake. OK, it was a bit of an opportunistic grab shot taken with my little point and shoot camera. I never take my pro camera to weddings. I don’t want to be Uncle Bob. Trust me, you see them at every wedding. The little point and shoot is great for those photographs that the official tog is not interested in. Uncle Bob doing his thing on the dance floor, Auntie Jane having more than her fair share of “nippy sweeties” and afterwards ending up as a right “nippy sweetie”. You’re going to have to Google that one. I’m not explaining it. Besides I need the clicks…. 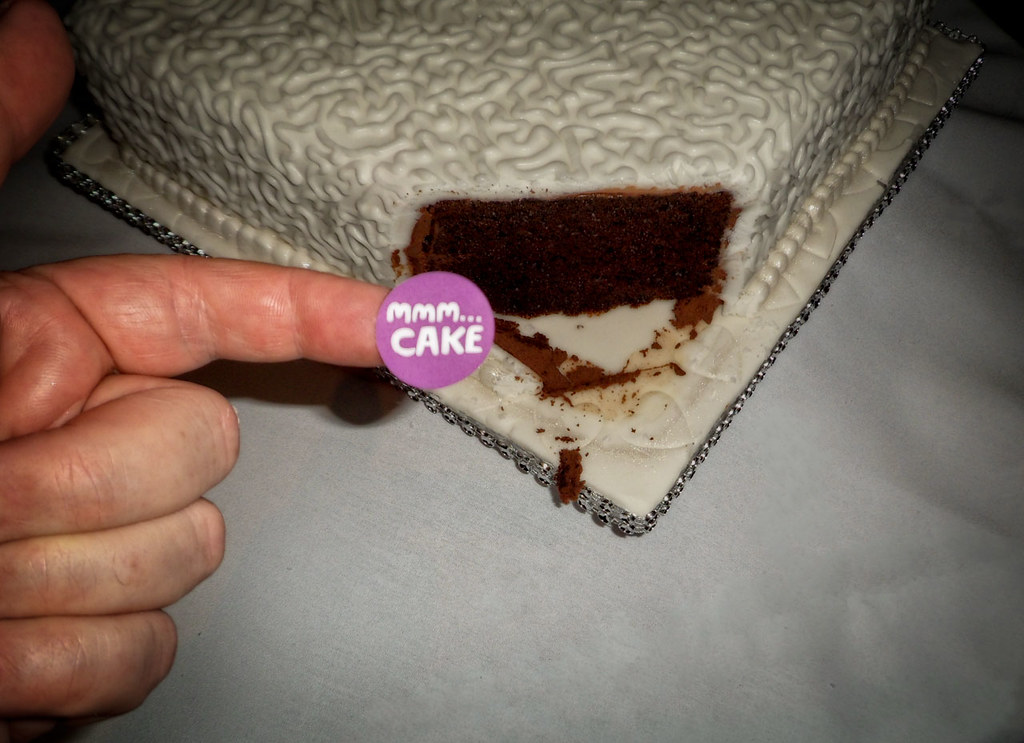 OK! Last one for this week. I have never seen the attraction of paddling a boat, especially when you are likely to get wet or fall out and bang your head or worse still, swallow a lot of water that contains all sorts of bugs and stuff. Nope! Dry land for me. But it does make for a good action photograph. 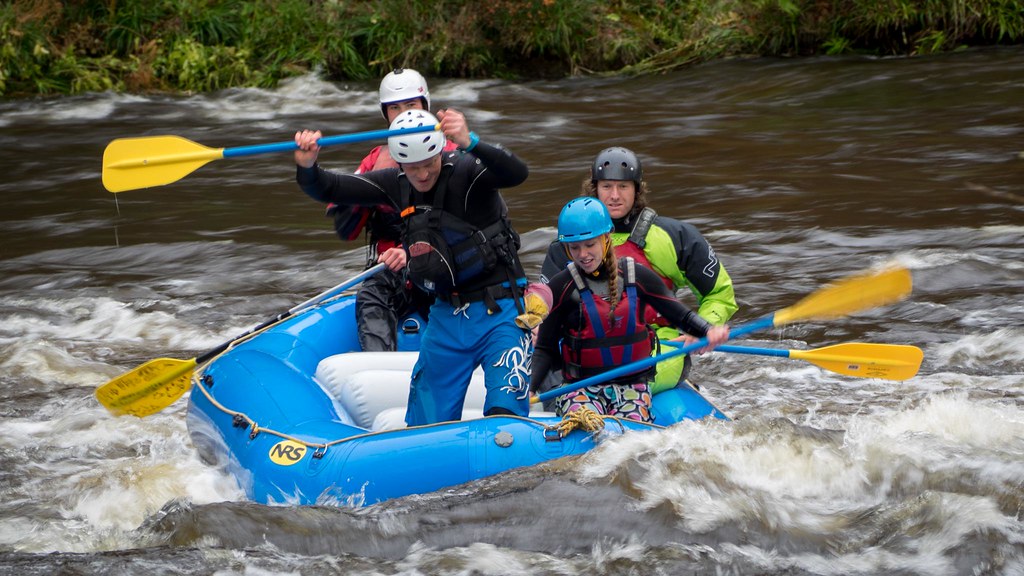 Right that’s it for this week and as usual here’s some bloggers who are writing about this very same subject. Amazing that.