Blackpool Illuminations have been going since 1879 when eight arc lights lit up the promenade. Nowadays the light show stretches for approximately 6 miles (10 km) along the promenade from Starr Gate at the south end of the promenade to Bispham at the northern end. This year, 2016, the light show will run from the  2nd September until the 6th of November and use over a million bulbs in the light displays. For more information you can follow this link.

Anyway let’s get going with the photographs. As we set off from our hotel I caught this murmuration of starlings before they settled down to roost for the night. It was interesting to watch for a while but I was here for the lights, so time to move on. 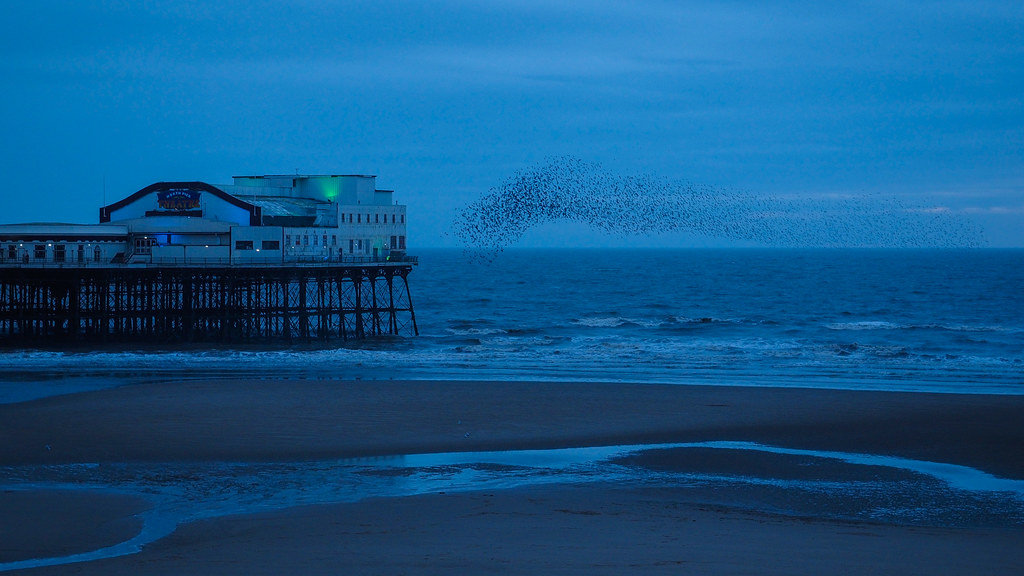 Without the light show Blackpool’s sea front is already quite well illuminated as the various attractions have their own lights which are on all year round. That’s the Blackpool Tower in the background. 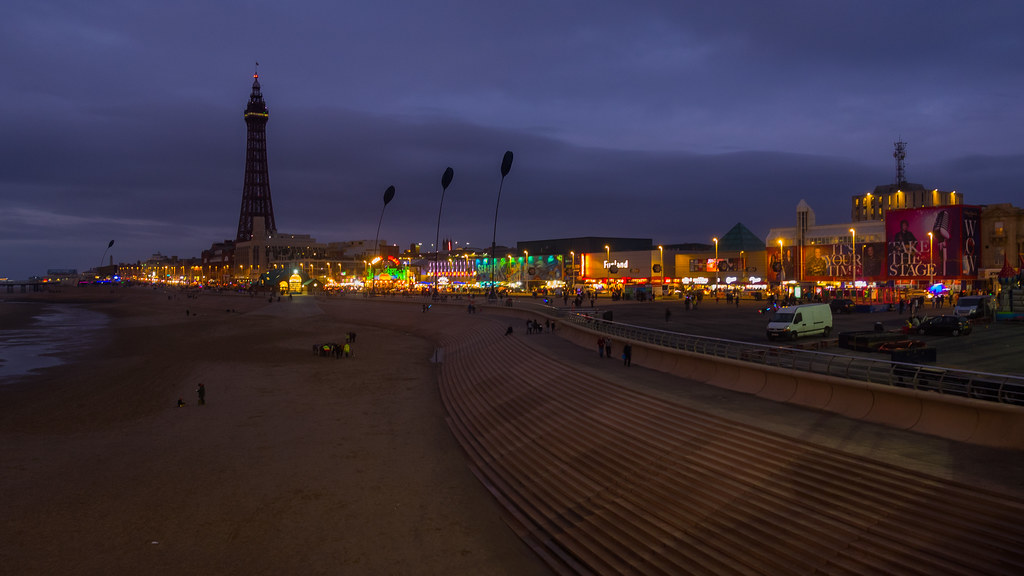 Still waiting for the lights to come it was time to take a wander around the amusement arcades on the Central Pier. Free entry, but you pay a fortune for everything else. Yeah I know I’m just a cynical grumpy old man. Oh! By the way, it was half-term this week. All the children were there, the little darlings…….. 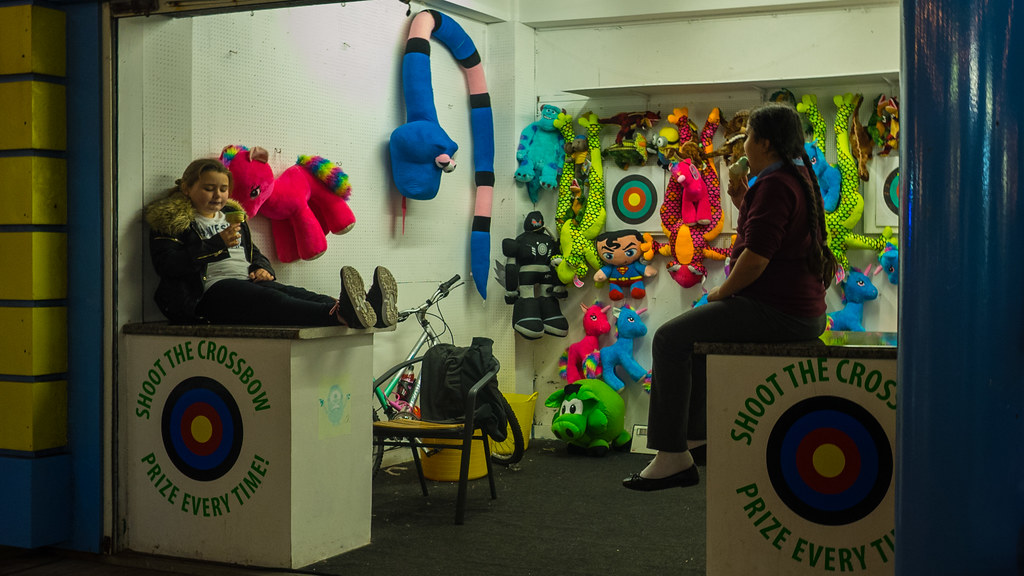 Like all amusement arcades there’s the usual mix of “pay your money and take your chances” stalls. Oh! And of course don’t forget your highly over-priced miniature doughnuts, that’s the correct English spelling, ask the BBC. 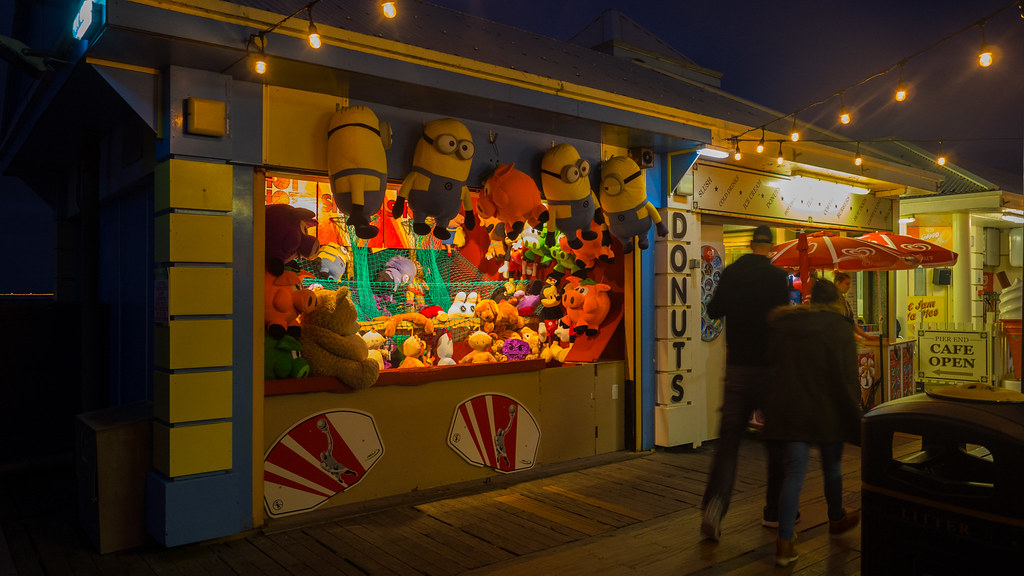 It’s starting to get dark now and it’s time for the donkeys to come off the beach. They were moving so fast that they’re just a blur. 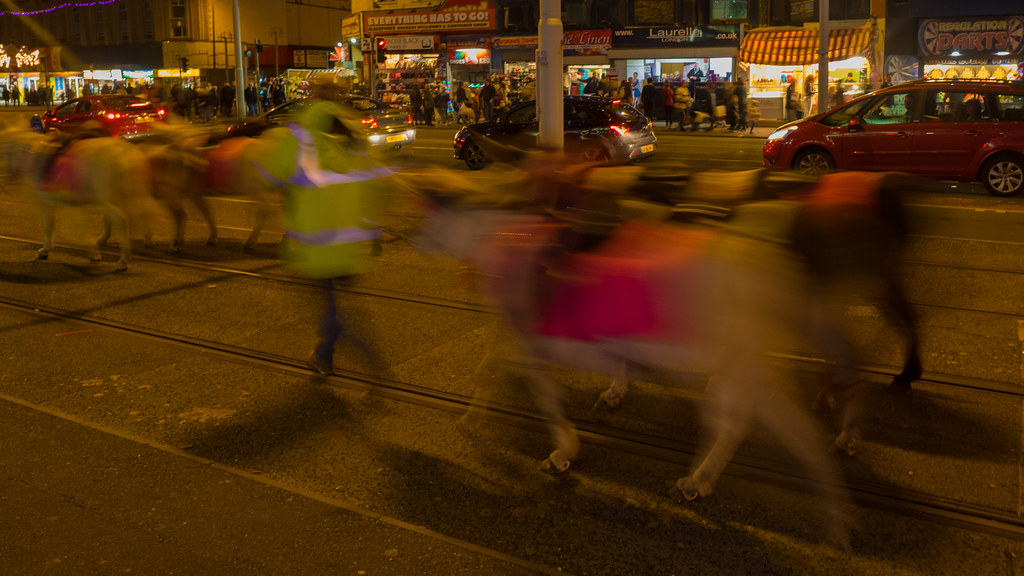 We’re still waiting for the lights to come on and so is everyone else. Way down at Starr Gate the traffic is queuing to start the run, well actually it’s a crawl, along the seafront. It’s at a dead stop and the whole time I was there, about twenty minutes, that white bus moved forward exactly 0 feet. It’s far easier to buy a 24 hour tram pass. You can hop off and on as often as you like, in either direction, for £5 GBP or $6 USD. 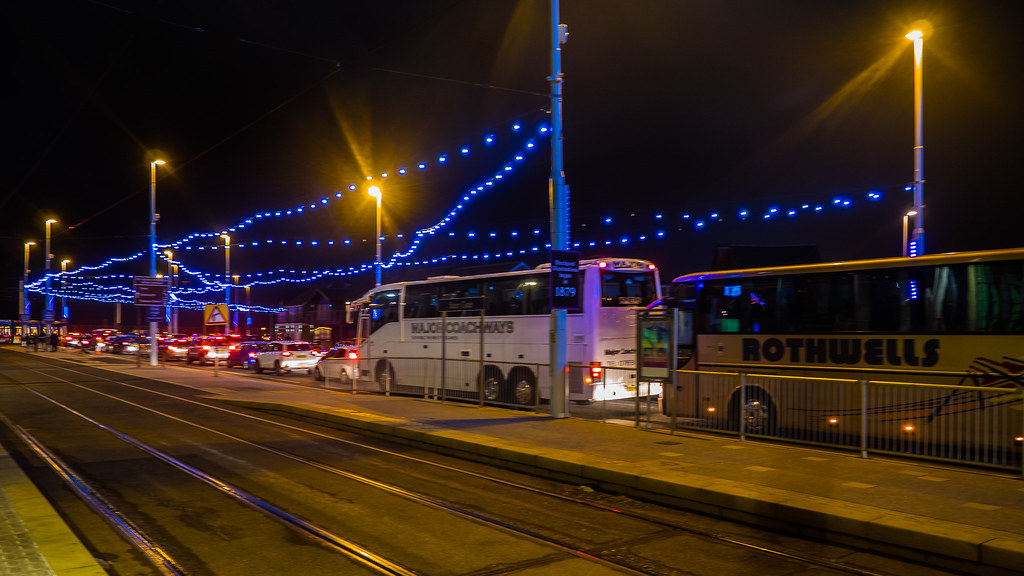 Lots of light are on by now, including rides, street lights amusement arcades. Great for photographers to practice shooting lights at night, 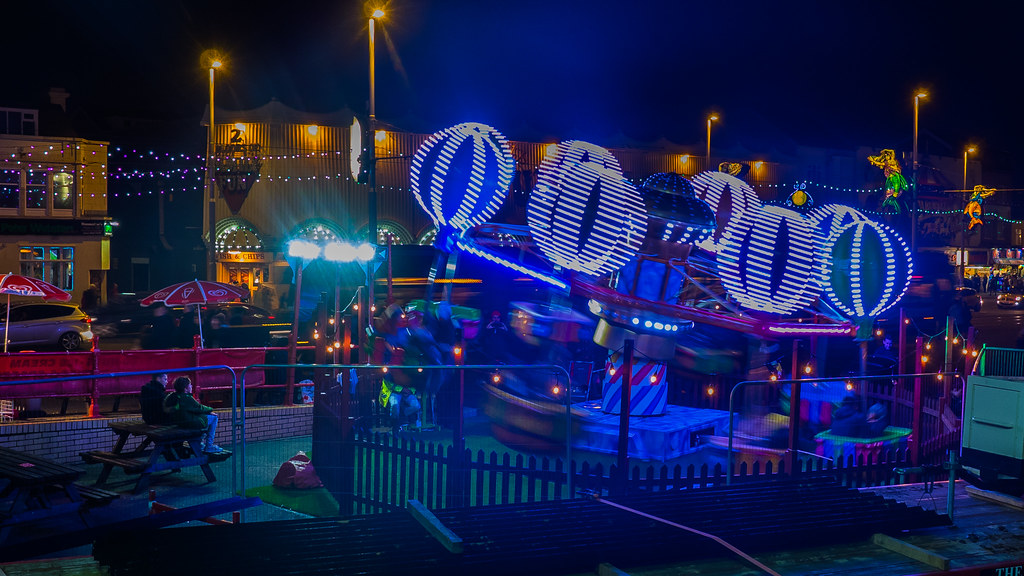 For fans of Doctor Who, who isn’t, there’s a static display on one of the roundabouts as you head towards North Shore. 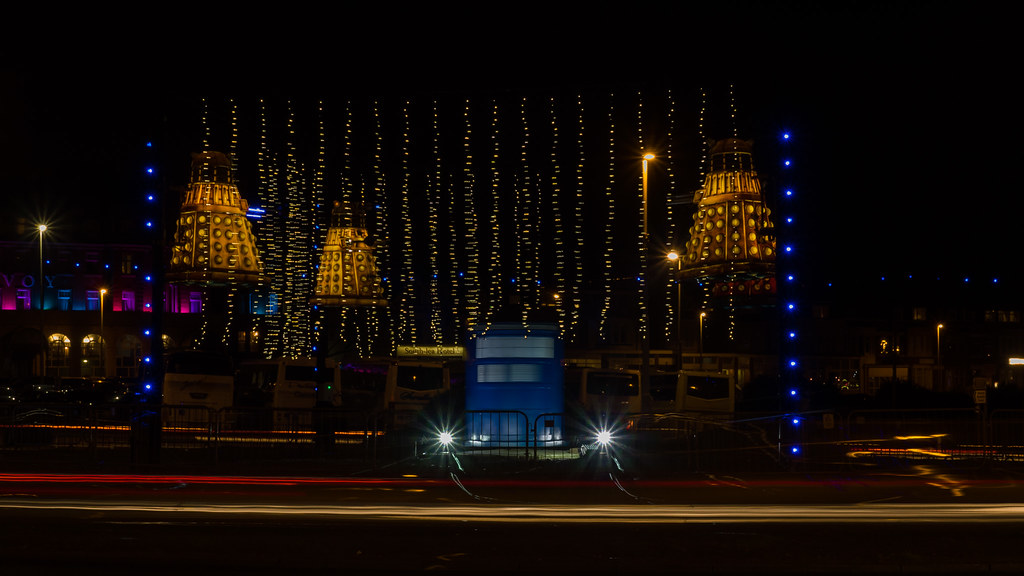 But this is what I really was after. Light Trails. The Olympus OM-D E-M1 has a great feature called Live Composite Mode. It works by taking one photograph but constantly adding light as it changes. It makes it so much easier to get these light trails which are of trams passing by the camera. Watch the video, it’s only 1m 34s long and it explains Live Composite far better than I can.

You can see the fixed lights all along the seafront but the trails are from moving objects. I love this feature and I’m still experimenting with it to get the right settings. 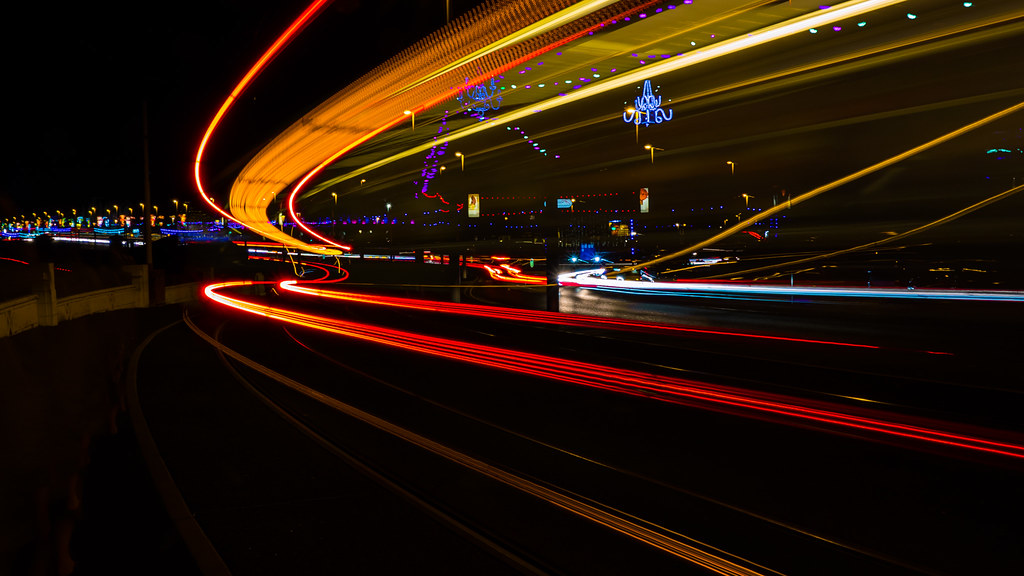 That’s it, just a few photographs from our one day trip to the amazing Blackpool Illuminations.