I’ve come to the conclusion that wild bird photography is not for me. Standing around or sitting in a cold hide waiting for something special to land on a branch long enough that you can photograph it. Take yesterday for instance. A bright sunny day, not much wind, perfect for a bit of bird photography. Yeah it is, as long as the birds come out to play as well.

Over the past weeks there have been reports of Waxwings, a winter visitor to the UK, arriving in numbers at St Asaph, a city not too far away from me. So camera in hand I set off to photograph this winter visitor. 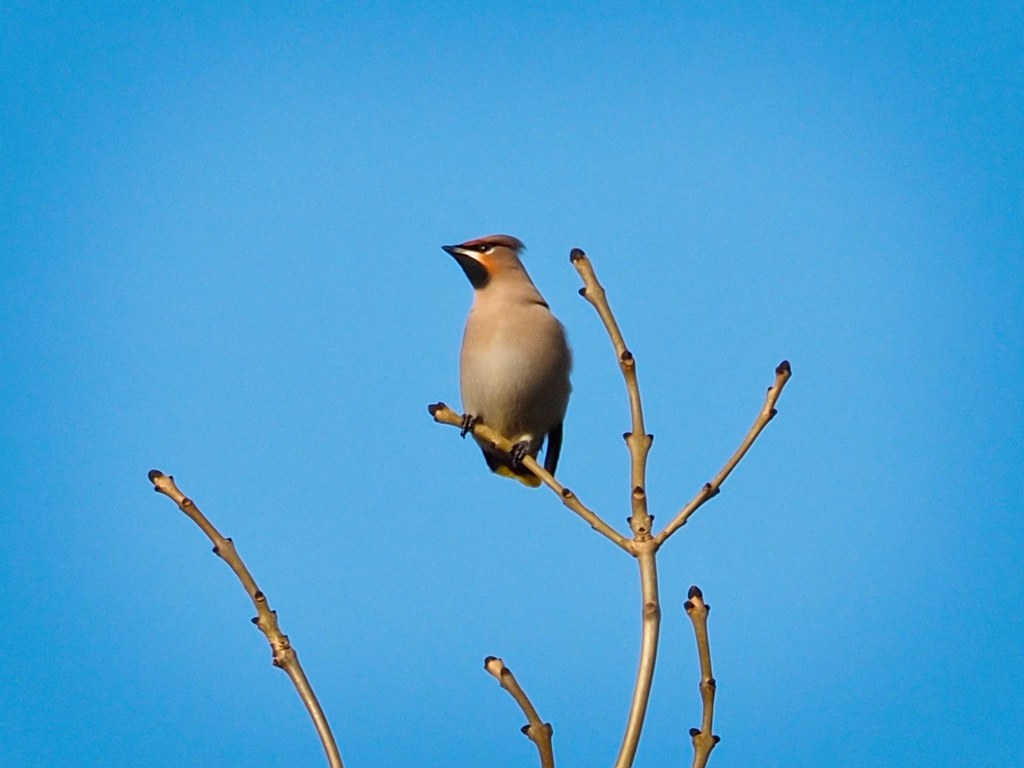 They were there. Wonderful. High on the trees, flying around, chattering to each other, and way out of range for my 300mm lens. They just weren’t coming down to the lower levels of the trees. Anyway, I hung around for an hour and half before finally giving up. Apparently in the afternoon all the photographers, and there were lots of them, got some great photographs when the Waxwings decided it was feeding time and came down to the trees beside the river.

It was such a nice day so on the way home I decided to stop off at Rhudlan Nature Reserve. I’ve had mixed results here with wildlife photography so I wasn’t hoping for much. Wonderful, a Cormorant in the pool, drying it’s wings and silhouetted against a low-lying sun. But how frustrating. I can’t really see the head and the sun is playing havoc with the colours.  Not only that the wind has started to get stronger and it’s cold down by the pond despite the sun being out. Hung around for about 30 minutes but that Cormorant never changed position, always facing away from me. 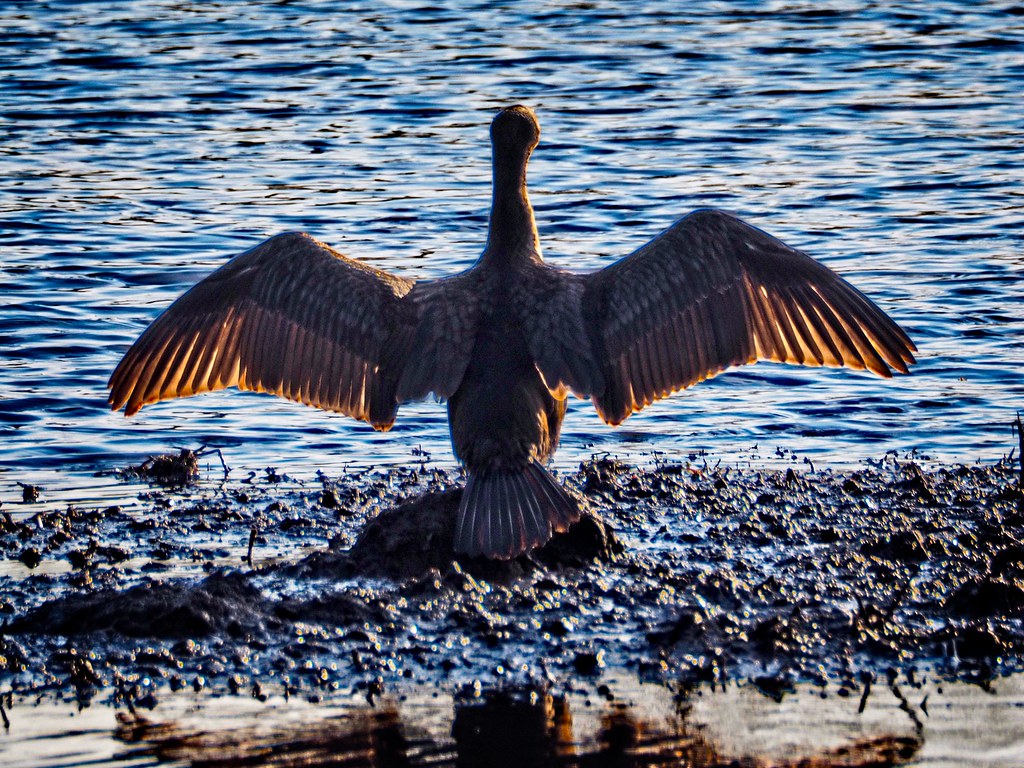 Seen as I’m out and it’s still not too bad a day I decided to visit Big Pool Wood as well. There had been reports of Kingfishers and Siskins putting in appearances, might as well see if there’s anything about. Now to get to Big Pool Wood you have to walk along the side of an Equestrian Centre. The path was so chewed up with horses passing back and forwards along it that it was just a slippery, muddy mess. Just as well I had put my boots on. So settling down in the cold hide I waited for the Kingfisher to appear…..and waited ….and waited.

I did however catch a Robin, but frustratingly it’s only got one leg (the other one is almost hidden by the Robin’s body) and there’s also a big bit of stick obscuring part of the tail. 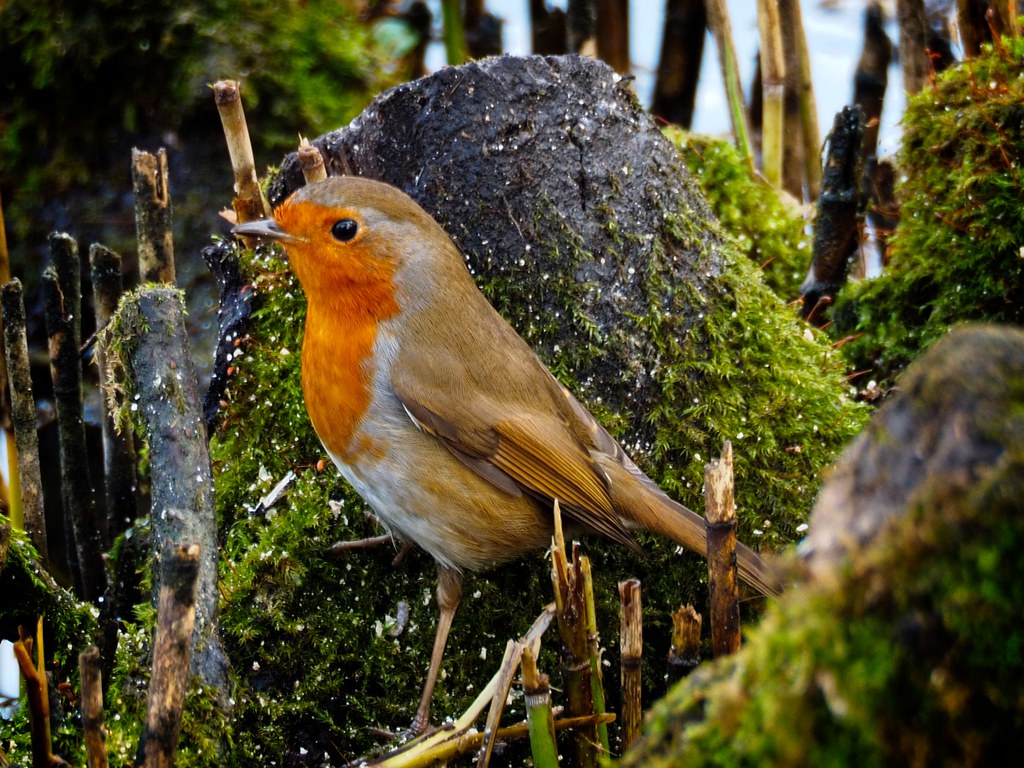 Maybe I’ll have better luck with this little, err, what is it? My bird identification is not that great but I finally worked out this must be a Coal Tit. Lovely little bird. Of the twenty photographs I shot, this was the only one I could use. They really are nervous, dart onto a branch, sit for a second, dart to the feeders, quick peck and away. 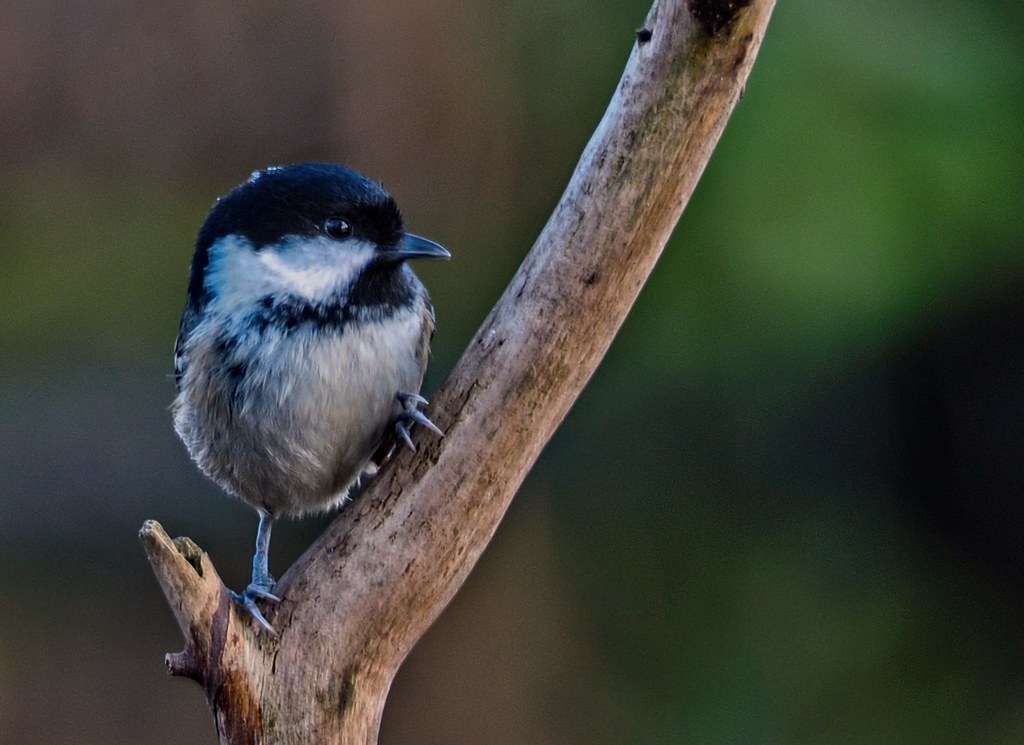 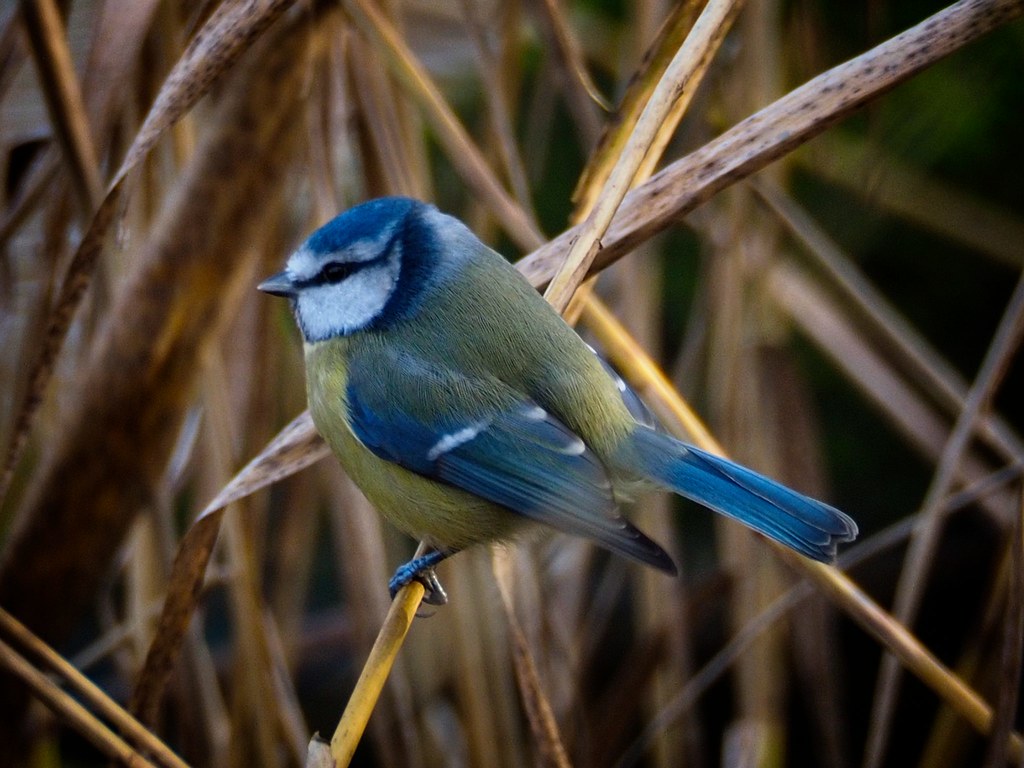 Finally something different, a Dunnock with a twig sticking out of it’s rear end. 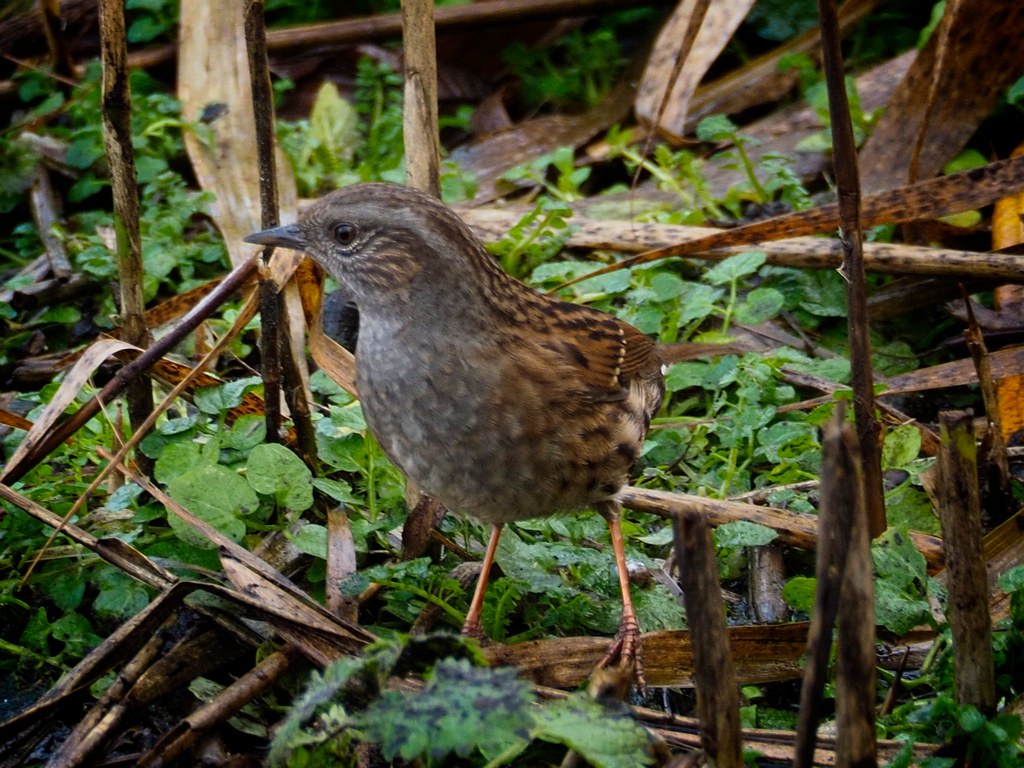 Yep! I’m convinced bird photography is too much of a malarkey for me. I’d much rather be out there in the hills, getting some good exercise and fresh air. Besides which, hills, mountains and streams are nice and big, they don’t move, well the streams do, but that’s a minor detail, and as I’m walking about I keep warm.

Coming next week. “Snowdonia National Park In All It’s Winter Glory”. That’s assuming we get some winter weather between now and next week because right now I don’t think there’s any snow on them there mountains.