I want to show you a photograph. It’s of our local beach when the tide is out…and why would I want to do this?

Because I’m now going to show you another photograph when the tide is in. 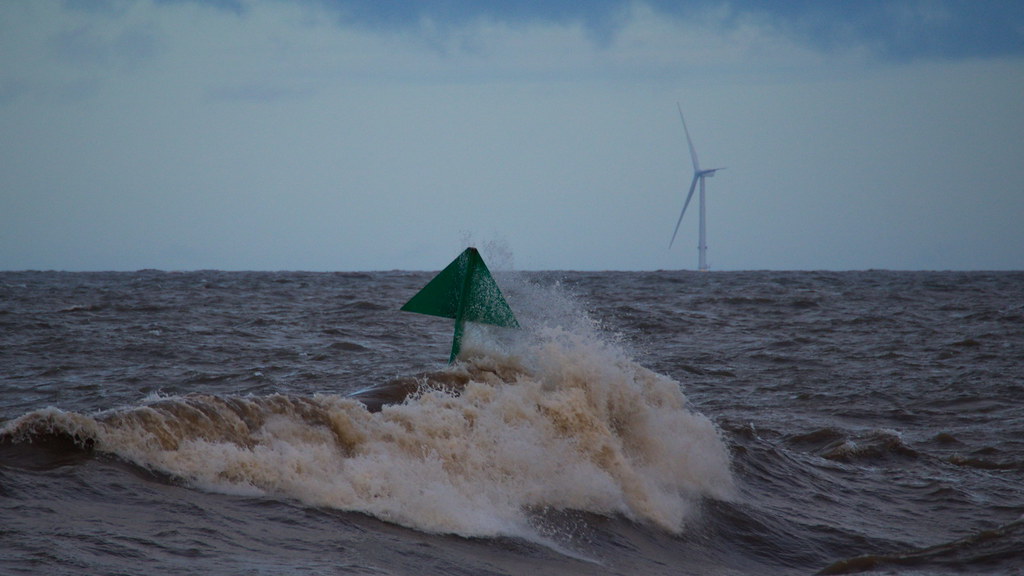 This week sees higher tides than normal hitting our coastline, here in North Wales. Todays high tide at 12:04 pm was calculated to be 8.83 metres (28.97 feet) and combined with very strong on-shore winds probably means it will be higher than that. Which means our coastal defences are going to take a bit of a battering. Those defences serve two purposes, one to protect the town from storms and high tides and two they act as a nice walking and cycle way right along the coast. This part stretches away in the distance to the Beaches hotel.  It’s a sort of tiered effect as the walkway is bordered by a low wall and the sand dunes. 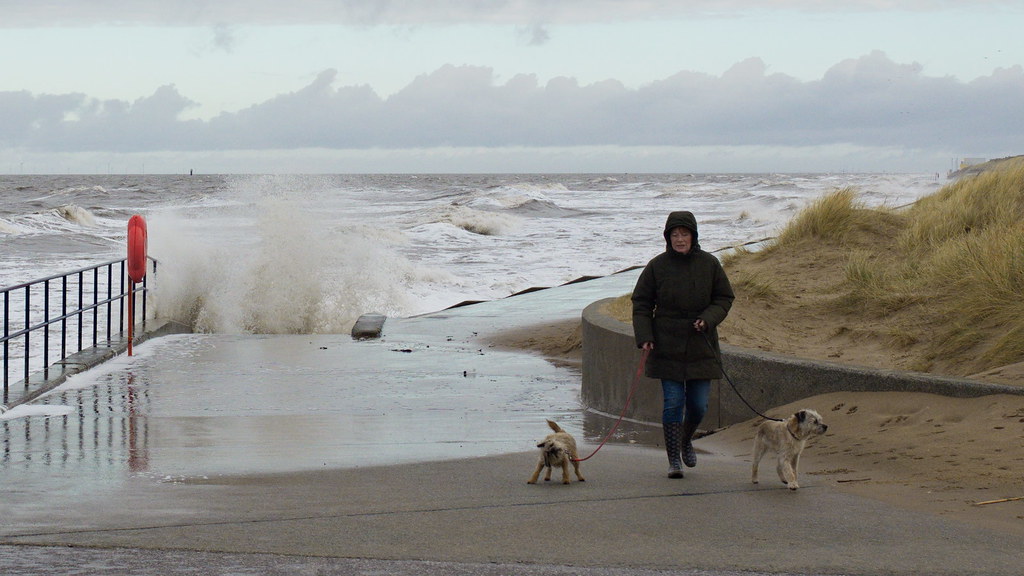 But of course when we get really high tides or storms, it’s a different matter. Those defences are shaped to break up the incoming waves but the sea does still get over them and that’s why we have that second wall. 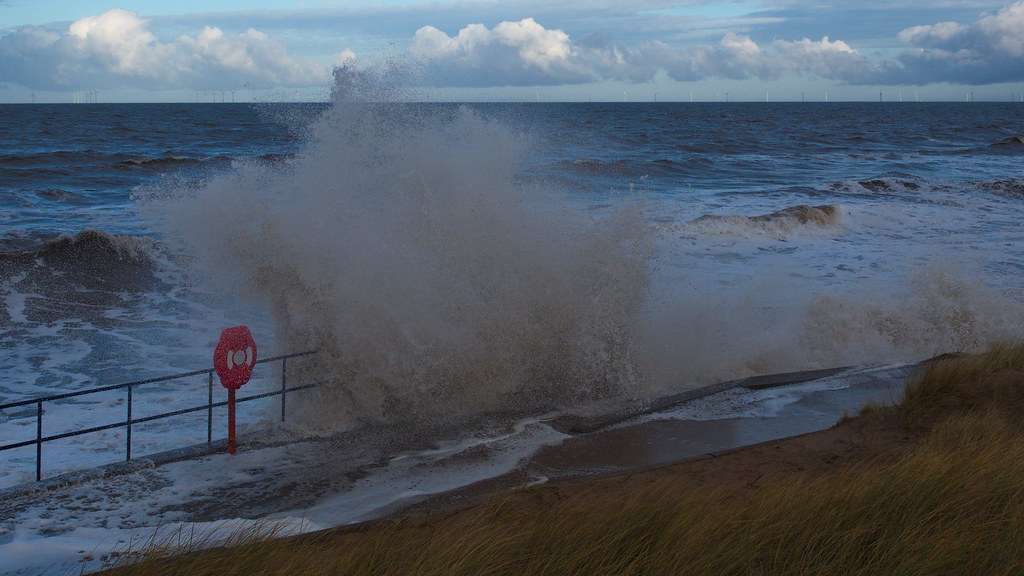 My motto has always been “never put yourself in harm’s way to get a photograph”. I broke it once and paid the consequences by ending up in Accident and Emergency. So all of my photographs today have been taken with zoom lenses. I have no desire to get close to the action.

But some people do and I can never understand why. What makes you want to get close to breaking waves that can easily suck you right back out to sea? 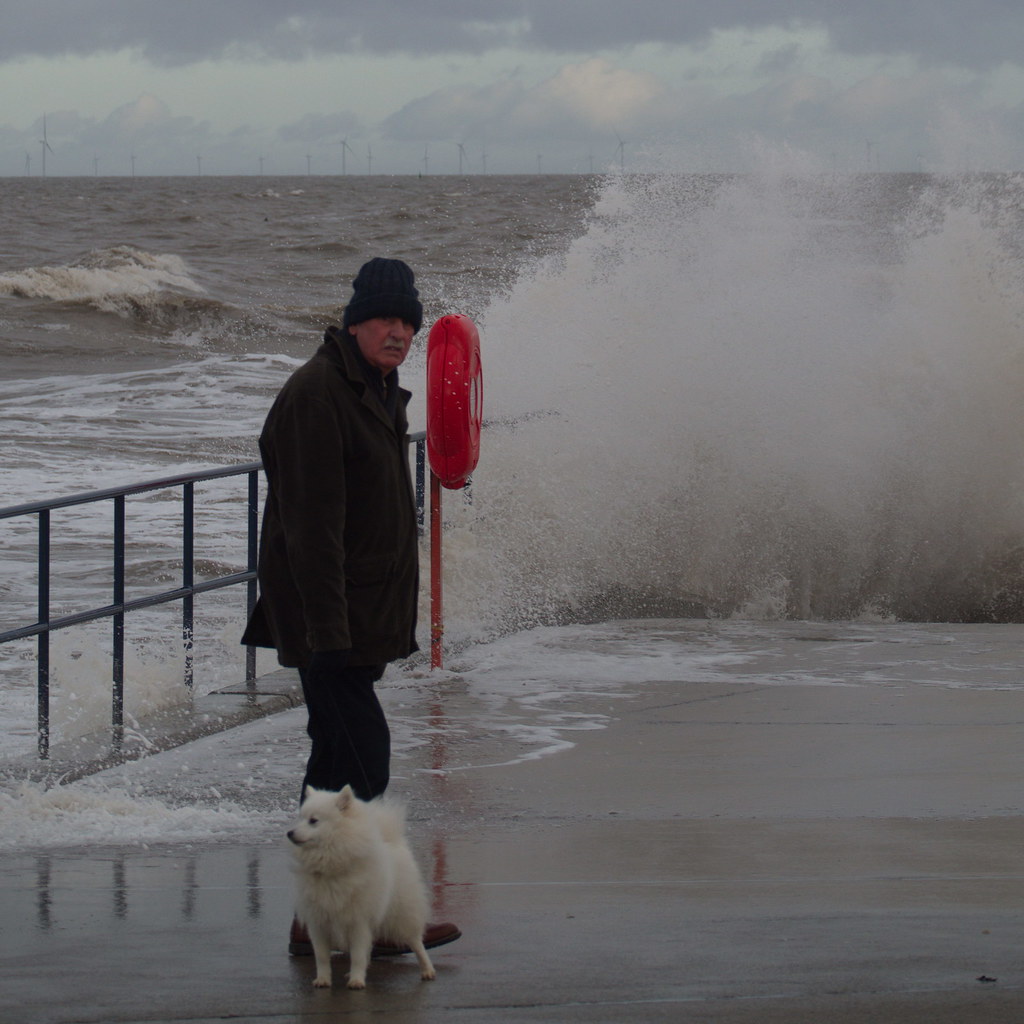 To show you what I mean…..just under two years ago I took this photograph of a man fishing on the sea-front during particularly stormy seas. That wave and the subsequent one behind it almost washed him off his feet.

Only the retaining wall stopped him going. It was pretty hairy at the time and I couldn’t have helped him because I was some distance away using a zoom lens.

But back to today. It almost 12:04 pm and high tide. The waves are breaking right over the front part of the storm defences now, but the second wall is doing what it should. 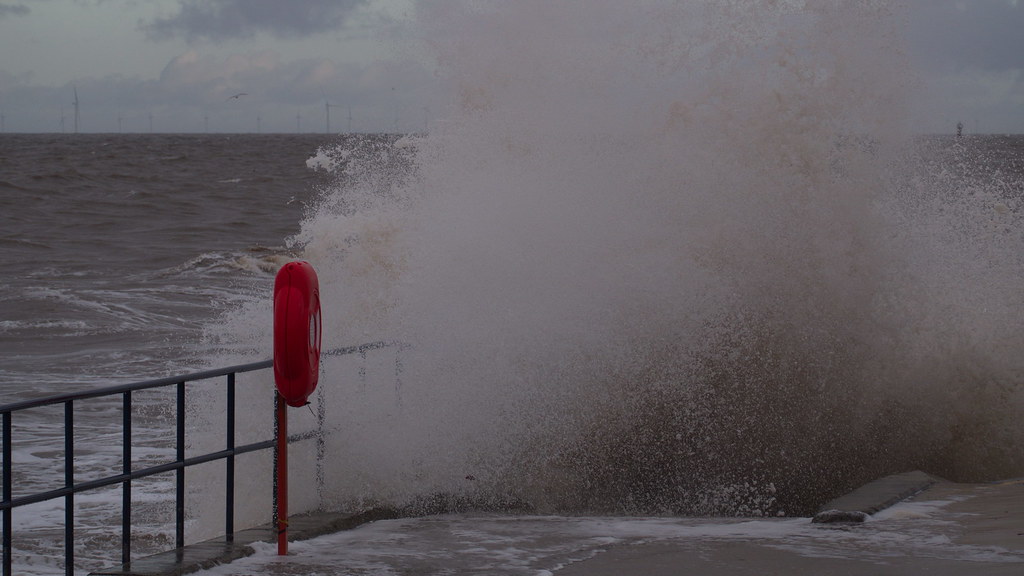 However, nothing changes, despite the waves breaking pretty high and the walkway being under water at times, people were still walking along, taking a chance. The thing is, if a rogue wave comes along, they’ve nowhere to go. They’re trapped between the sea and the second wall and the dunes. Admittedly the second wall is low about 1.2 metres (4 feet) and if a big wave did come along they should be able to scramble over it onto the dunes. But it’s all concrete there and by now it’s wet and slippery. 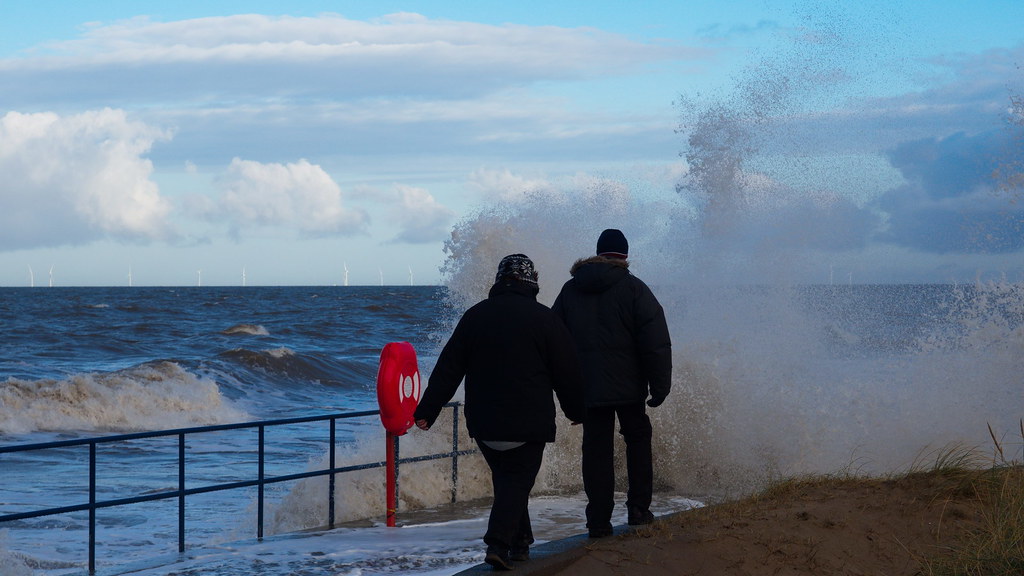 And then a cyclist came along….. 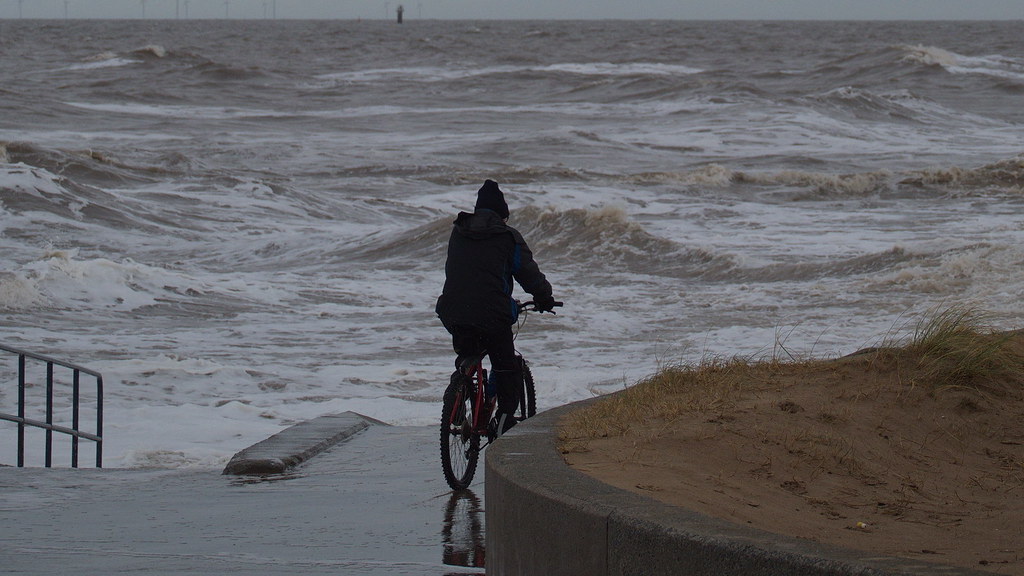 So that’s it. Just a little insight into our coastal paths and see defences and how we cope with storms and exceptional high tides – Mike