Yesterday I had to be in Liverpool for a very short meeting and whilst I was there I thought I’d go and see if I could find Cilla. Who, you might be asking, especially if you are not from the UK?. Cilla Black of course, long time friend of the Beatles, you must have heard of them, and a UK “pop star” in her own right.

Cilla was born in Liverpool and wanted to be an entertainer. She got a part-time job in Liverpool’s Cavern Club, made famous by it’s connection to The Beatles and her early performances impressed them. During the 60’s Cilla released a total of 37 singles and 15 studio albums making her the best-selling British female artist of her time. 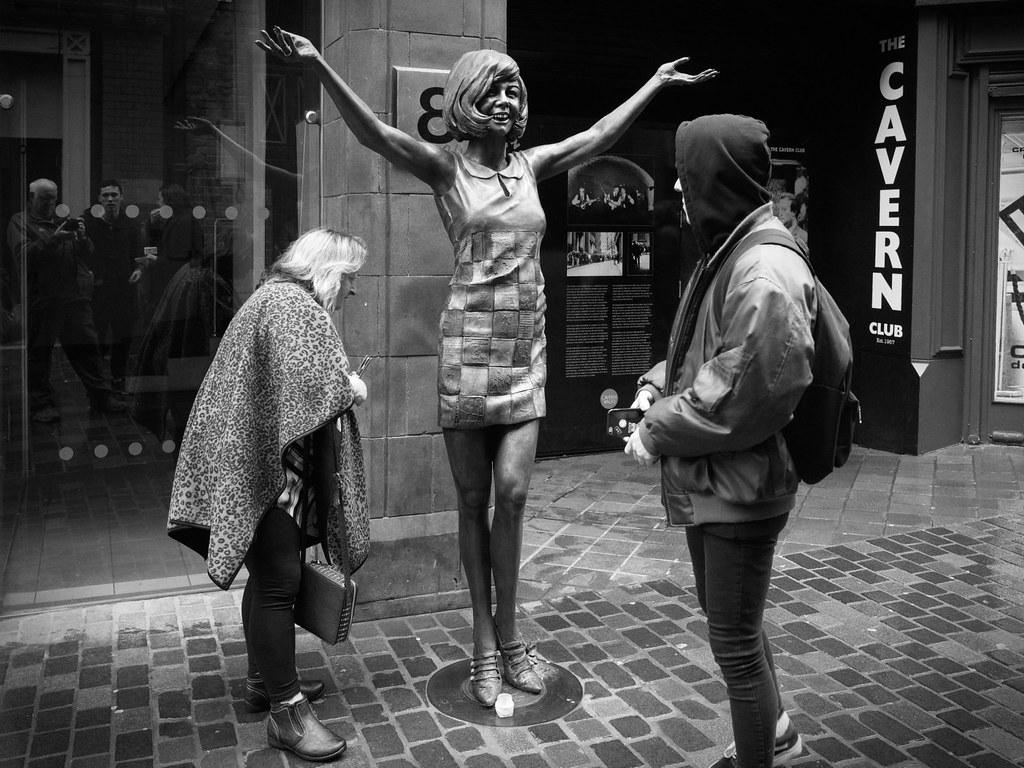 Unfortunately Cilla suffered a fatal accident and died at her home in Spain, aged 72. Her funeral was held in Liverpool and crowds lined to the streets to pay their final respects. During Cilla’s funeral The Beatles song “The Long And Winding Road” was played as her coffin left the church.

The statue of Cilla represents her 60’s look and was only unveiled on Monday the 16th January 2017. Paid for by her sons, it stands outside the original entrance to the Cavern Club, which featured so much in her early career. On the chequered dress are song lyrics, images and signatures Theres a little flower just to the side of her left foot and the statue is standing on a copy of one of Cilla’s most recognised songs “You’re My World”.

Speaking of The Beatles, just up the street from Cilla and almost opposite the new entrance to The Cavern Club stands a statue of John Lennon. Normally you can never get a photograph like this, because there are always tourists having their photograph taken with this iconic figure. Bot on a wet and miserable day in Liverpool and with Cilla not too far away, John has been left on his own. Good for me as I’ve been trying to get this photograph for some time now. 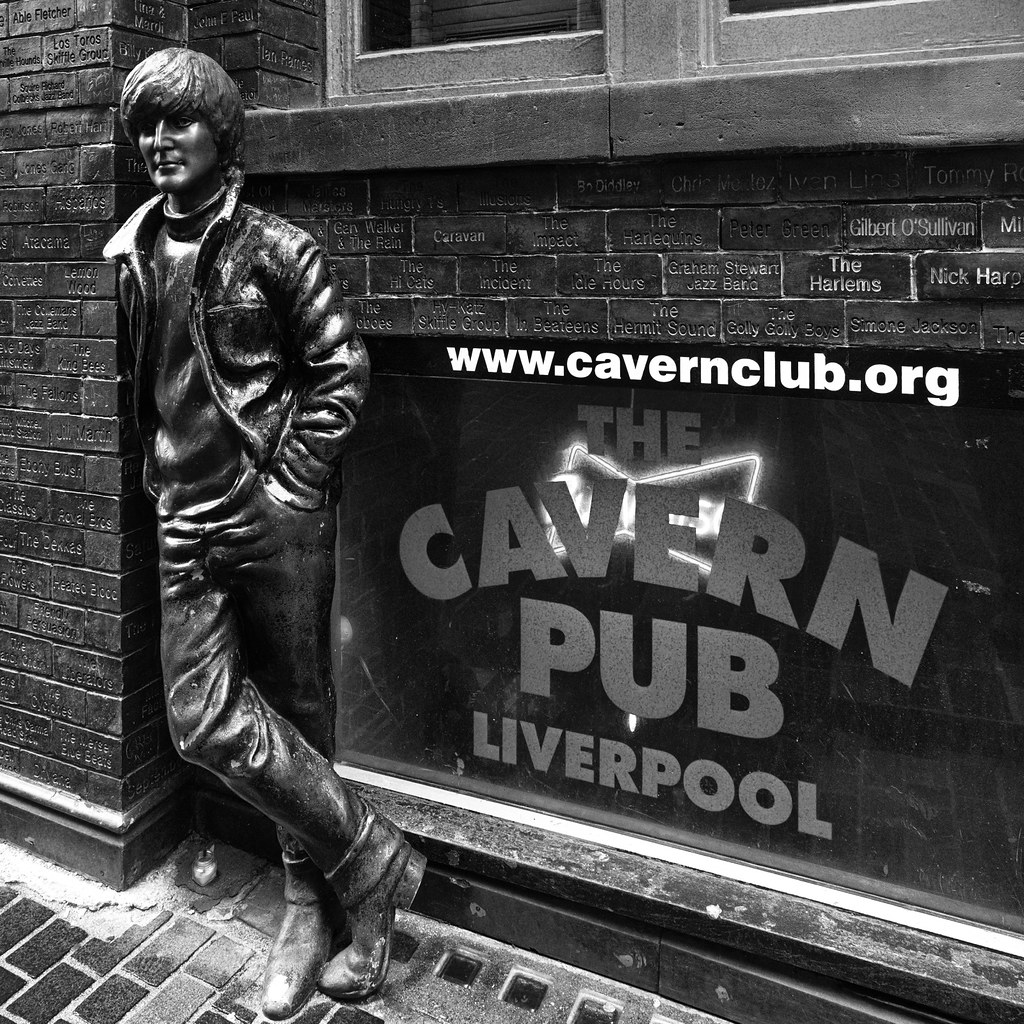 Have a look at the brick wall behind John, kind of interesting, isn’t it?

That’s it I hope you enjoyed this post – Mike

3 thoughts on “In Search Of Cilla Black”