The year is 1812, Thomas Noel Hill, 2nd Lord Berwick of Attingham, aged 42, has brought his new wife Sophia Dubochet, a courtesan, aged 18, to his stately home Attingham Park in Shropshire. 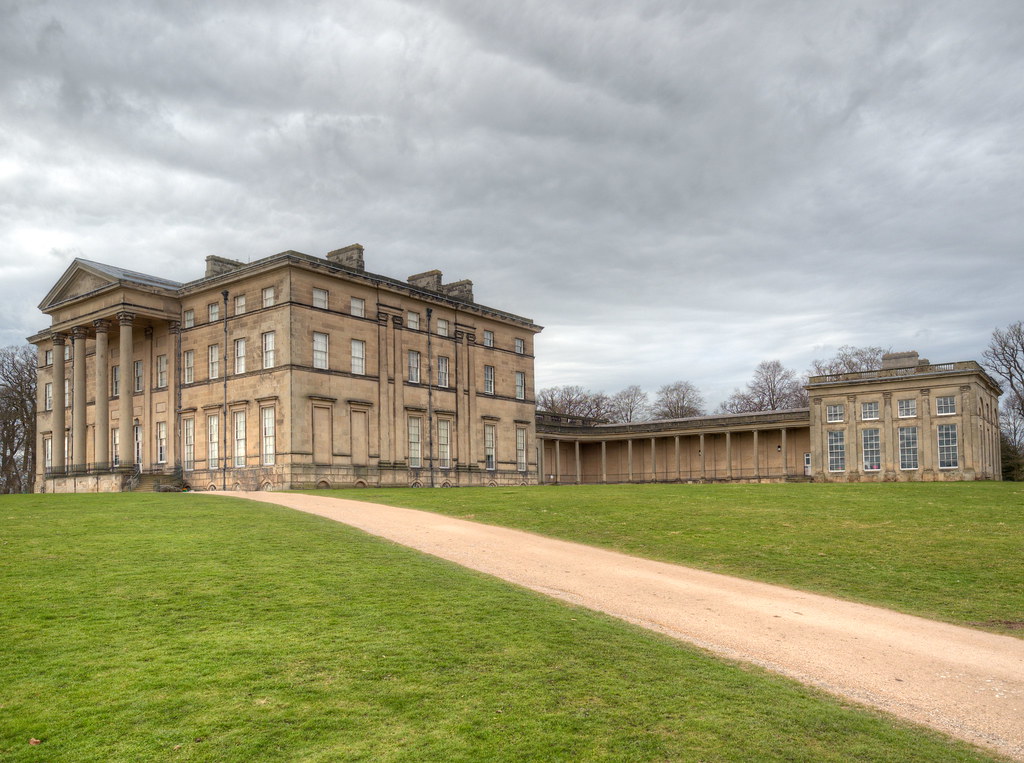 Like many large houses of the time there was a fashionable distinct split of the state rooms into male and female sides. In part 1 of Upstairs Downstairs I’ll show you how Thomas and his wife Sophia lived, followed by part 2 later this week, looking at life below stairs in the servants quarters and kitchens.

So lets begin with the lady of the house and her boudoir. 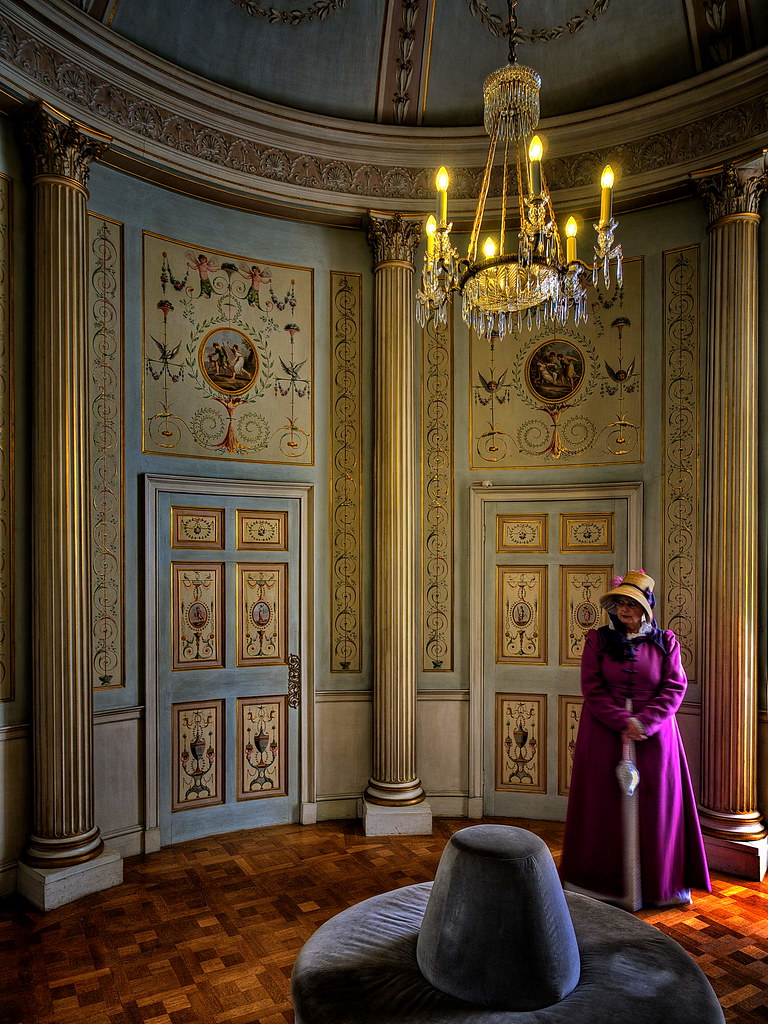 The room is circular in shape, even the doors are cut and shaped so that they fit the round walls. Look at the bottom of the door on the left hand side, you can see the curve. The lady you see, dressed in period costume, is one of the many volunteer guides who help out at Attingham Hall.

Next to the Boudoir lies the Sultana Room. The room takes it name from the sofa or “sultane” which you can see in the alcove. 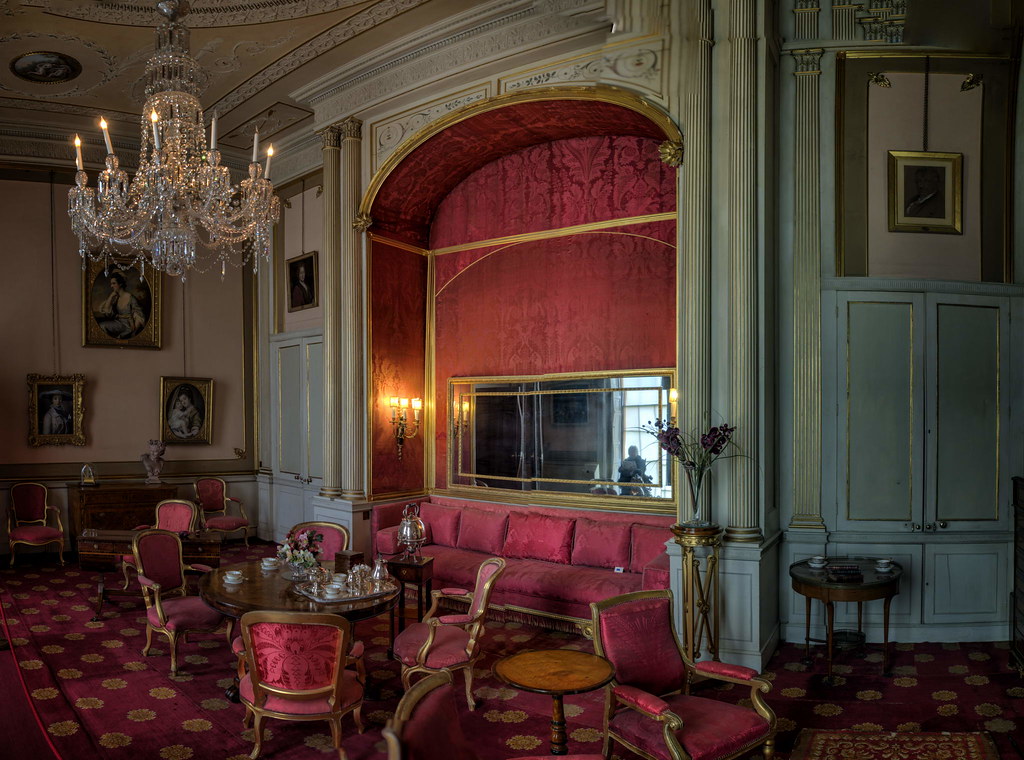 The final room from the lady’s side of the house is the Drawing-Room which is situated between the Sultana Room and the Dining Room. Interestingly there are no State Bedrooms to view on the upper floor, at Attingham. The ground floor does have a huge collection of Regency furniture, paintings, textiles, porcelain and silver as you can see from the photographs in this post. Unfortunately, Thomas and his wife Sophia spent nearly all of the family fortune and ended up being bankrupt in 1827. The bankruptcy sale lasted 16 days and two years later there was a further sale.

In later years the 3rd Lord Berwick, who became Britain’s Ambassador to Italy, managed to re-furnish the house with French and Italian pieces which he acquired during his time as Ambassador. Much later the 8th Lord and his wife, who had no heirs, added to the collection before securing Attingham’s future with the National Trust. 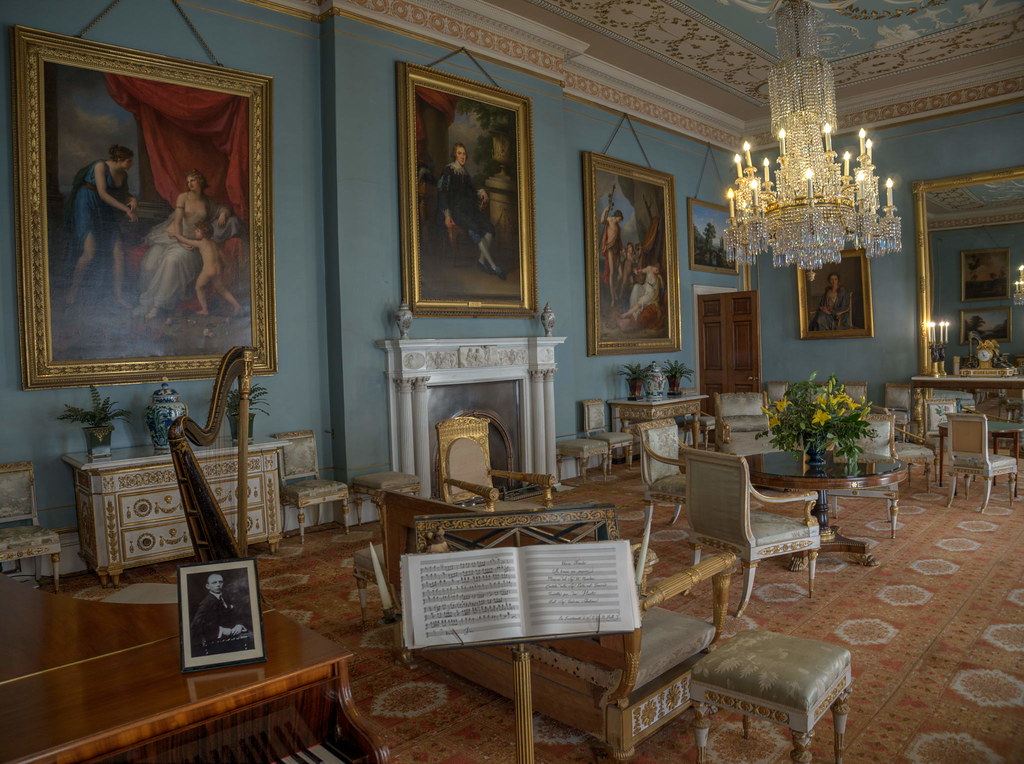 The Dining Room was more of a male preserve. After dinner the men would stay here drinking port and talking, whilst the ladies retired to the Drawing Room or the Sultana Room. As an aside. this room was so dark, illuminated only by those artificial candles, it was hard to photograph because I wasn’t allowed to use a tripod. But the Olympus Image Stabilisation performed well, allowing me to hand hold the camera at very slow shutter speeds. 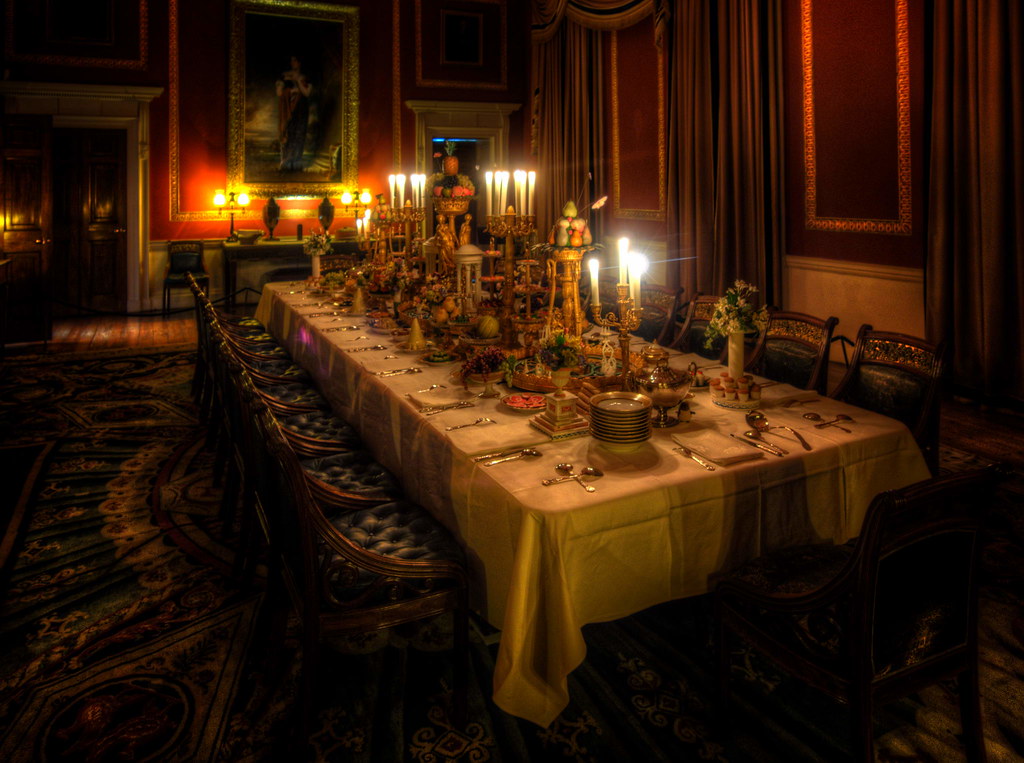 Next door to the Dining Room is the Library. Just look at the furnishings and compare them to the Drawing Room. 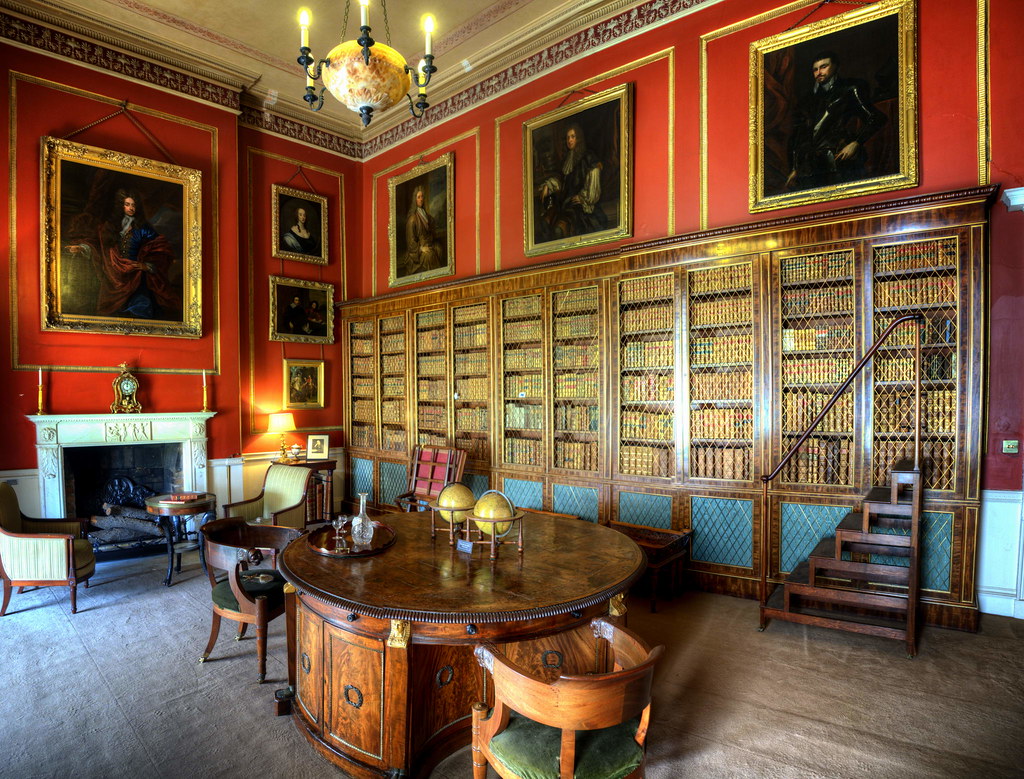 From the Library we pass through another small room, also was being used a library, and from there we reach the Octagonal Room, used as a study by the 2nd Lord Berwick. 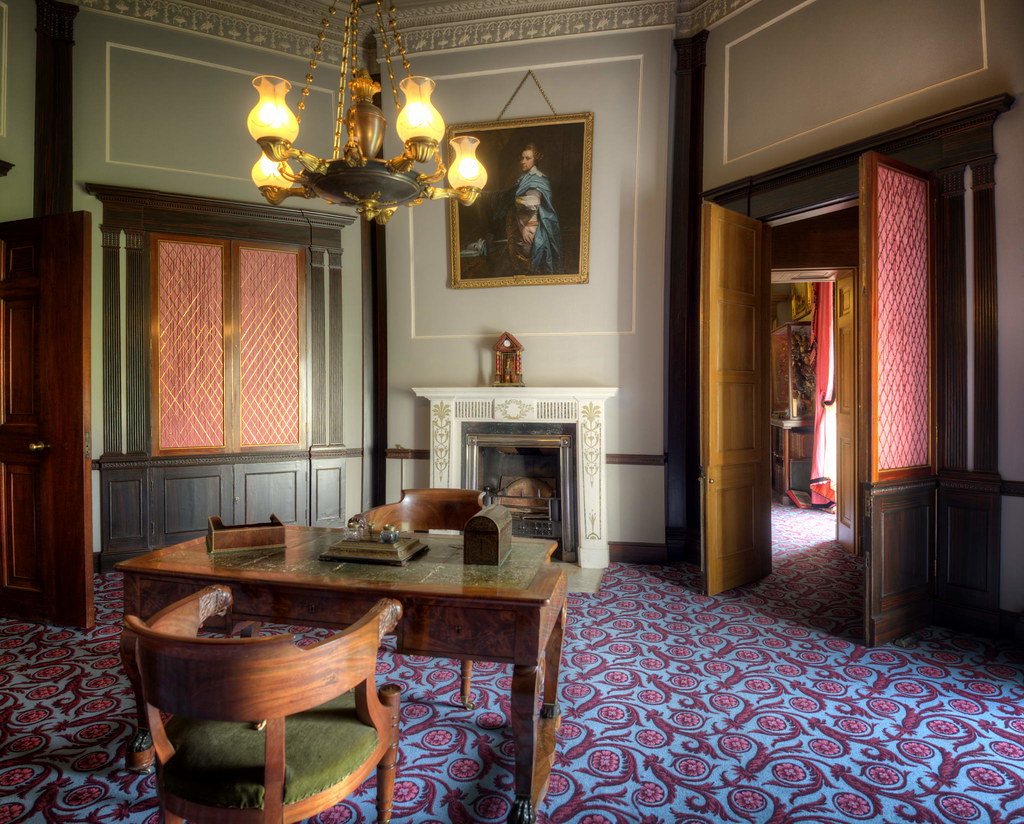 The last room I would like to show you from the Upstairs Tour is the Picture Gallery, or at least, one end of it. 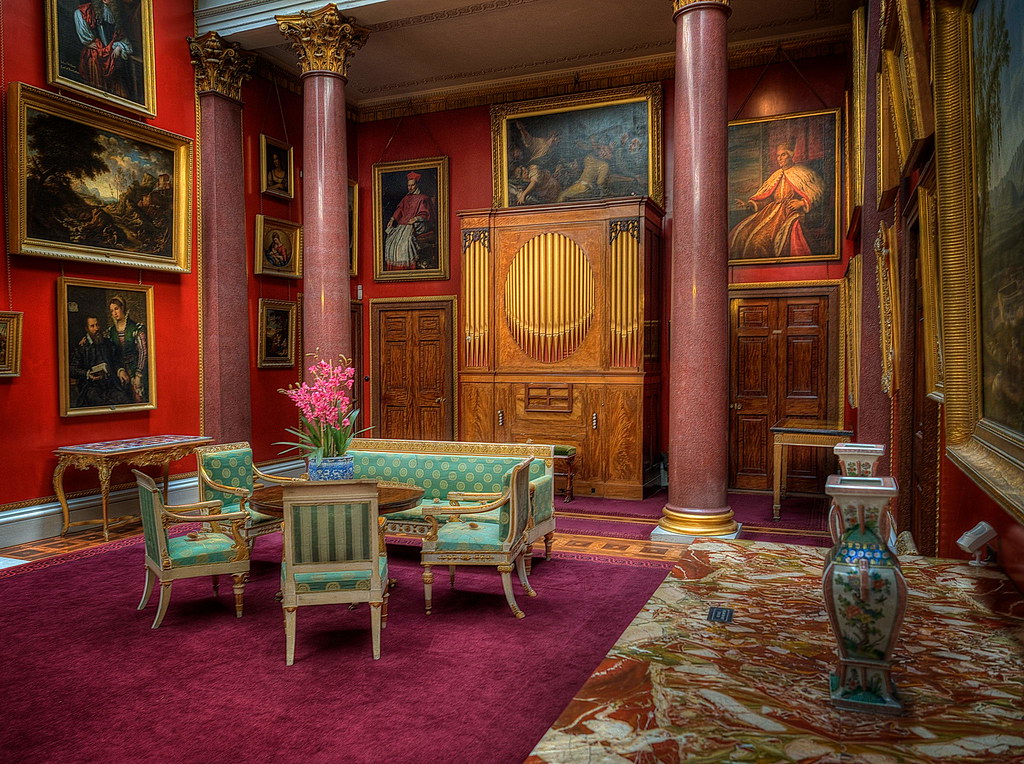 Now you might be thinking “what has this got to do with this weeks challenge”. Think of it from the servants point of view. Wouldn’t you wish to live in opulence like this?

Each week I like to visit other bloggers and see what they are saying about this weeks challenge. If I find the subject interesting or I like the photographs then I’ll always leave at least a like. Here’s some that might be of interest to you.