Better late than never as they, although due to circumstances beyond my control I had to delay writing this post. Now that I’ve finished the unexpected re-decoration of our bedroom at home I can finally get around to writing this post. Sage green, nice colour, once you get used to it.

Continuing the story of Attingham Hall, In later years Attingham Hall was used as a hospital between 1914 and 1918 for wounded soldiers from World War 1. After the Second World War, Attingham was used as an Adult Education College for 23 years so not a lot remains of the downstairs furnishings. Room that you see are typical of the time but I’m not sure how accurately they reflect actual life below stairs. So let’s get started.

This is the kitchen and of all the rooms below stairs this is probably the most truest representation. The lady was actually putting together the ingredients for a carrot soup when we visited. 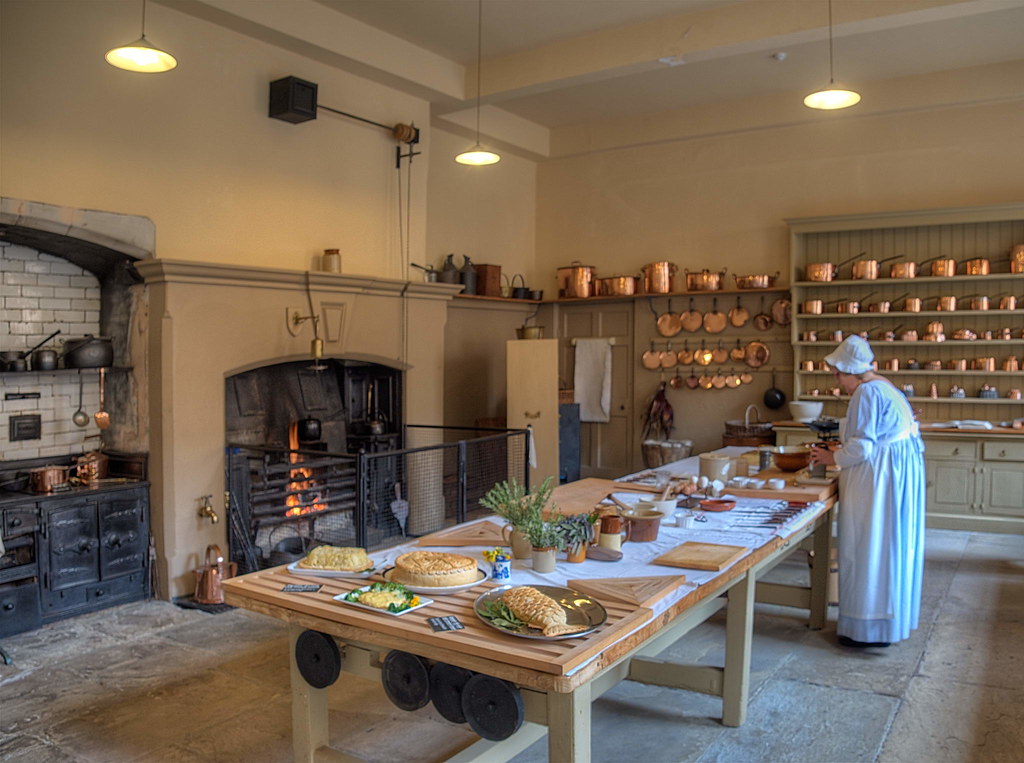 The smell of fresh lemons permeated this room. Attingham has an education program for school children and it looked like they had just finished a lesson in cooking. Pancakes I think…. 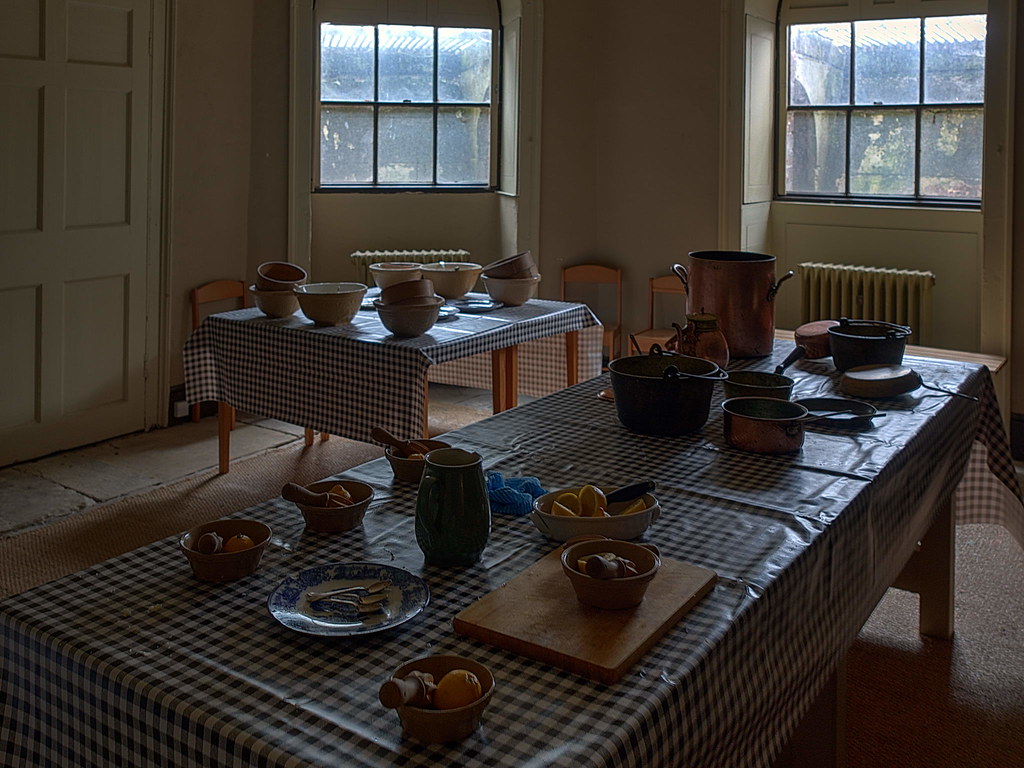 This room could have been the scullery it’s very close to the kitchen and would be where the pots and pans would have been washed and cleaned. No modern aids in here. Hard work and elbow grease was the only way to get anything clean. 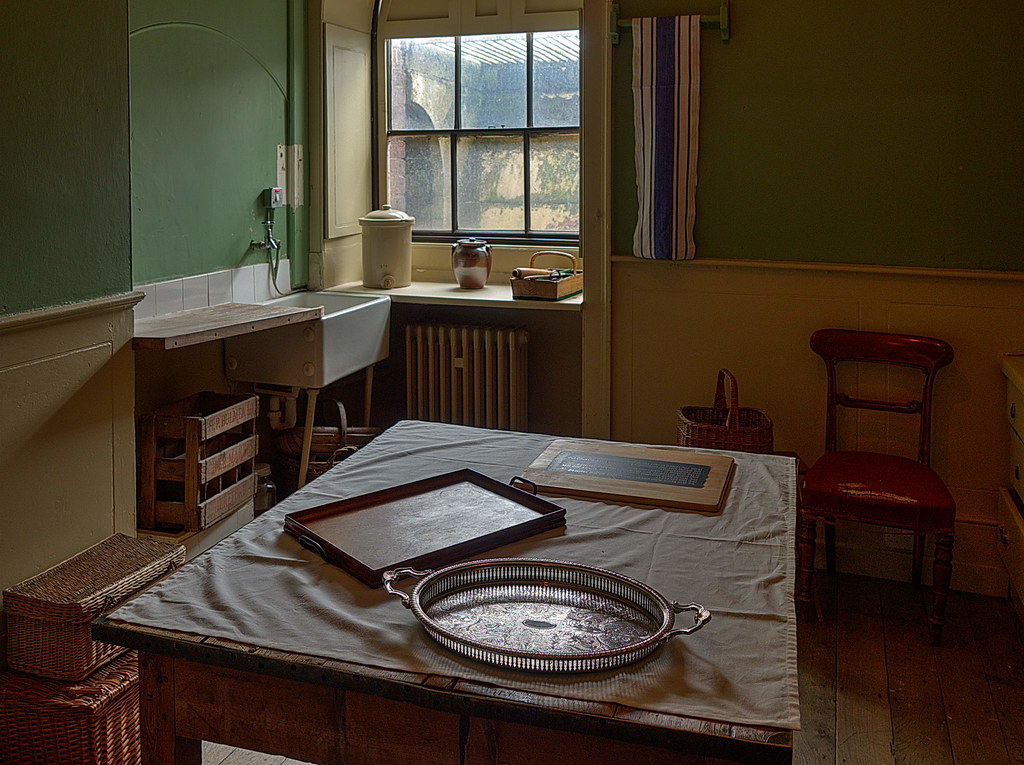 This room was laid out as the staff dining room. The plates you see on the table explain who would sit where. For instance on the nearest plate is the inscription

A guinea was worth 1 pound and 1 shilling in old UK currency before we became decimalised. Nowadays that would be 1 pound and 5 pence. So in todays currency GBP £36.75 (USD $46).as an annual salary. 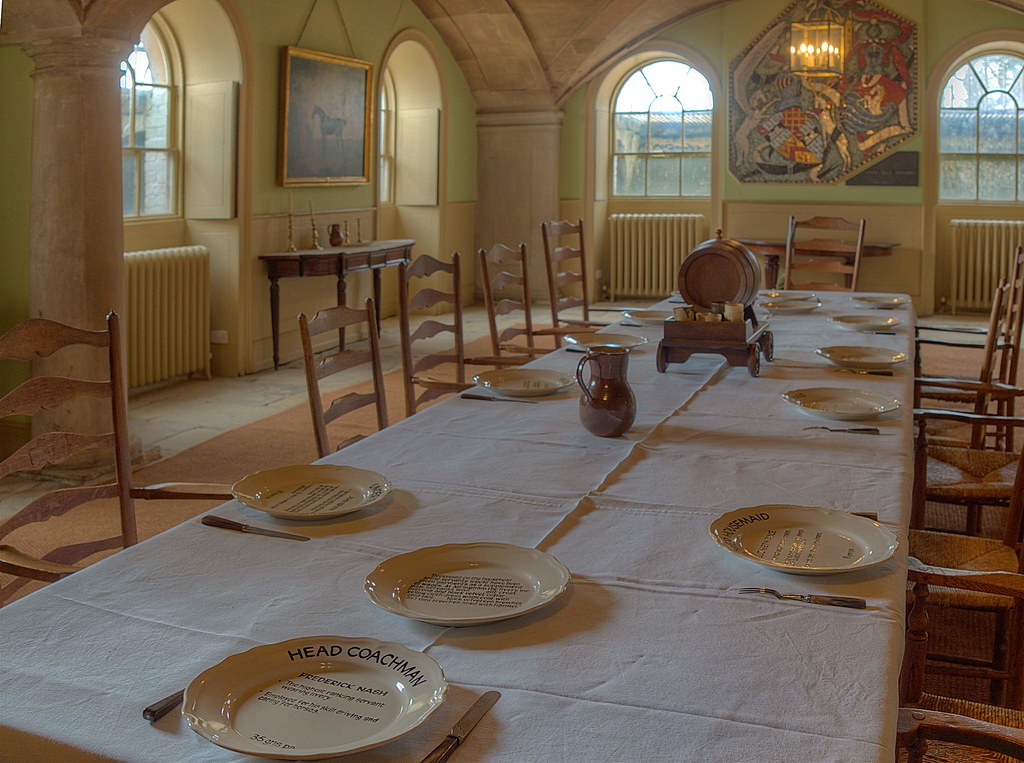 Just behind and to my left from where I was standing, there is a set of stairs that lead straight up to the front door of Attingham . The dining room windows also face the driveway and the front of the hall so staff would be able to see any callers to the great house. 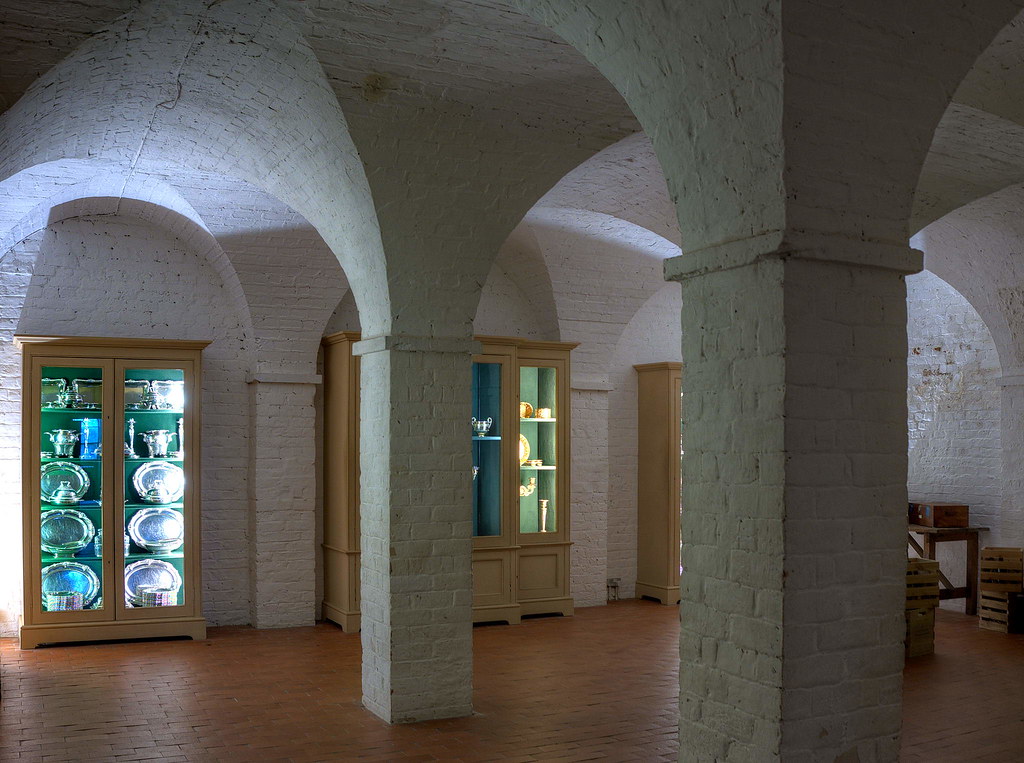 That’s it. The rooms are not as ornate or decorative. Plain and functional as you would expect for an downstairs in a great house.