A bit of a mixed bag this week for the challenge. It’s strange how we all interpret a theme differently but this is how I see security. Weston-super-Mare has some fantastically wide and long beaches but it has one major failing. The tide goes out such a long distance and after the sand ends horrible thick cloying mud is exposed, the low tide mark in Weston Bay is about 1 mile (1.6 km) from the seafront. Trust me you don’t want to walk into it. you sink quickly and can immediately be up to your knees. Now here’s the worrying part. The tide that went out so far comes back in at a really fast speed and it’s unforgiving. If you’re stuck in the mud, and each year people do, you’d better hope the Rescue Team get to you in time, because Weston-super-Mare has one of the highest tidal rises in the world as much as 48ft (14.5m).

So for people’s own security and safety there are signs all along the beach warning of the dangers of sinking mud, and yet they are often ignored. 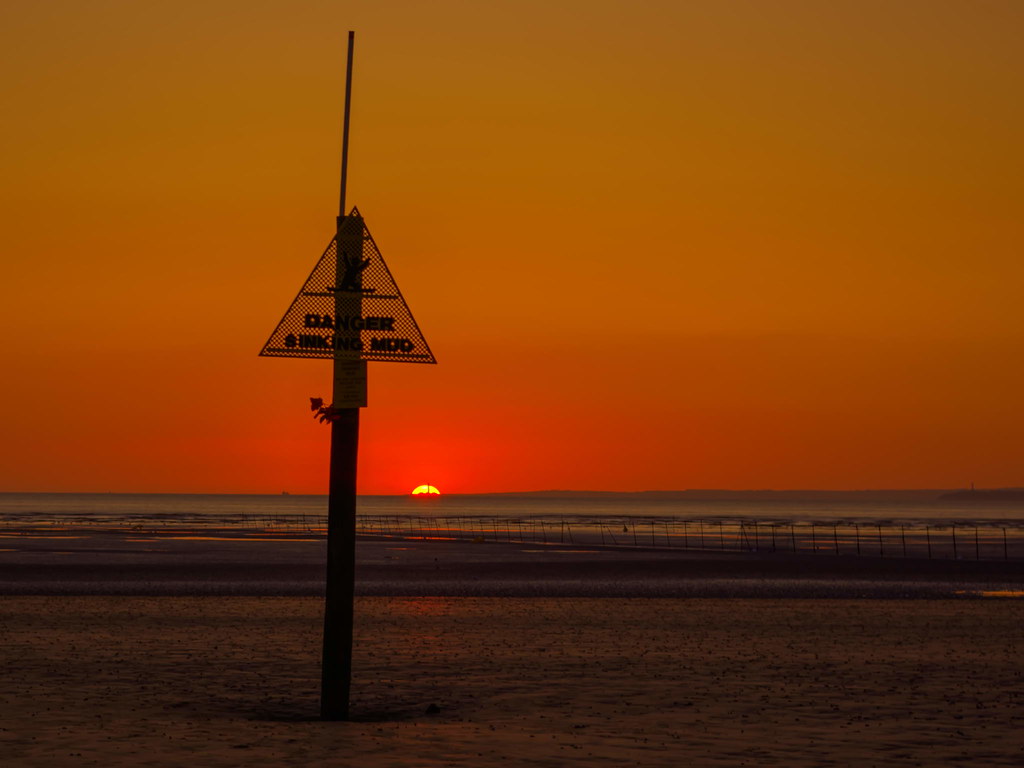 Still in Weston-super-Mare. Because of those fast, incoming tides it is all too easy to get caught out. Take a look at the photograph below. On the causeway between Knightstone Island and WSM the tide often surges over the top. Now Knightstone really isn’t an island anymore. There is a perfectly good road which loops round the sea-front and is not much longer than the causeway. So there’s no need to put yourself in danger by walking across when the tide is coming in. Remember, it’s a fast tide that rises a considerable height. Look at the little dog on the lead. it’s been turned around by the waves. At this point she was halfway across and fortunately she made it safely…….. 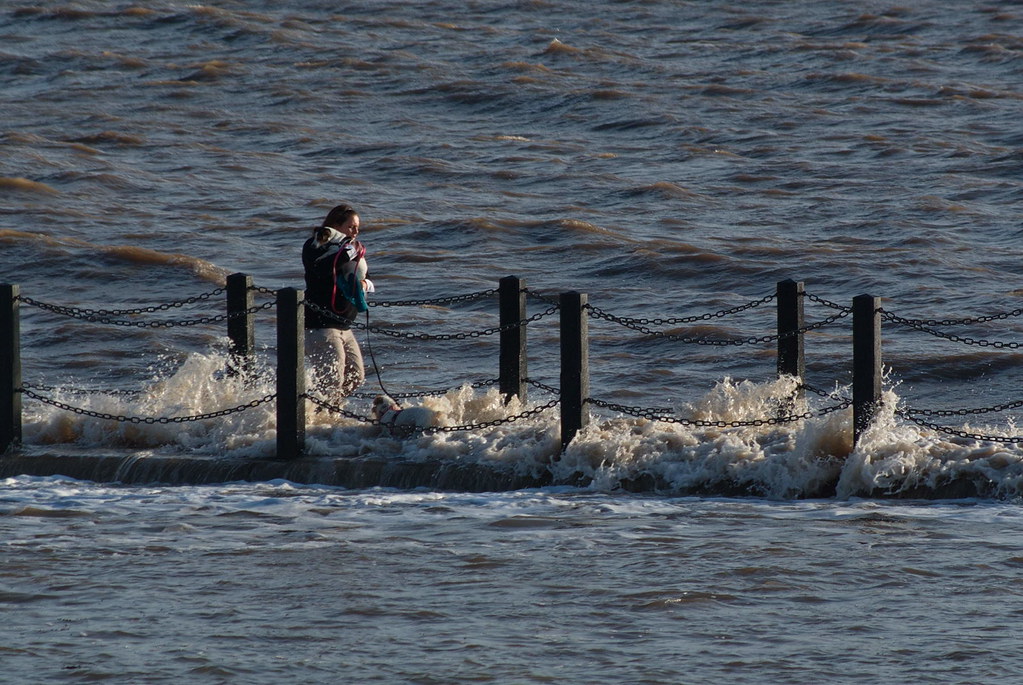 ……and here’s the same causeway on a wild and stormy night. 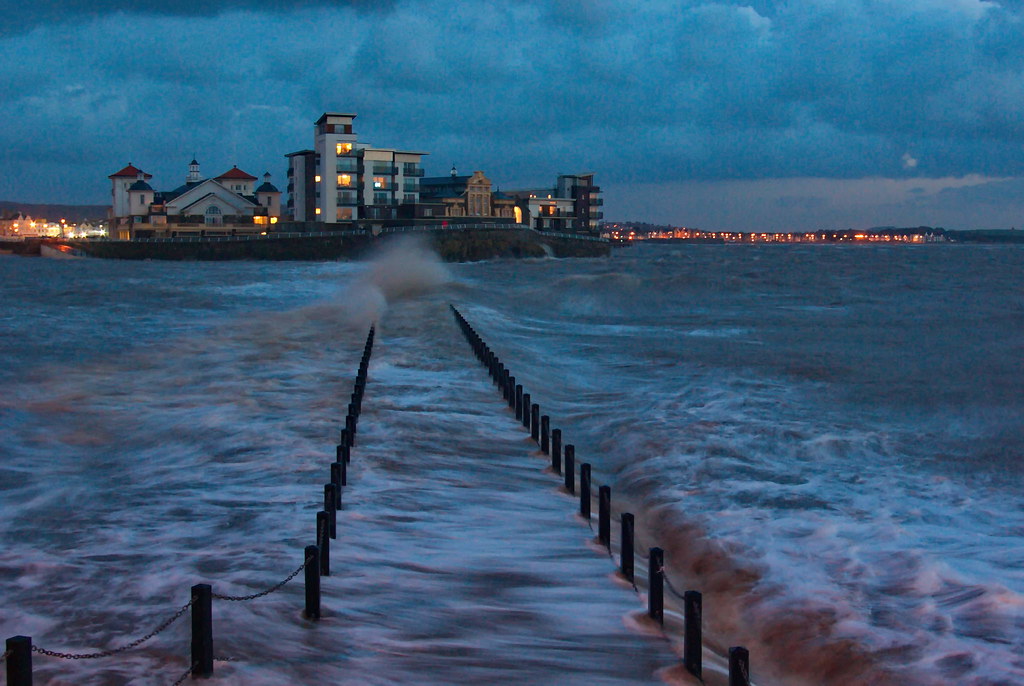 Further along the coast is Uphill Beach. You can walk from WSM to Uphill and it’s a really nice walk with sand dunes and of course long sandy beaches. Here they have a similar problem with mud, but there’s also an additional problem on the beach – boy racers. You can drive on Uphill beach and often the idiots will come on and start tearing up and down at a fair old speed. Supposedly there is a speed limit of 15mph but they don’t pay attention to that. So there are signs warning beach goers about the mud and speeding cars.. The local farmer makes a small amount of money each year towing cars out of the mud before the tide comes in. I’ve even towed a family car out that got stuck in soft sand. 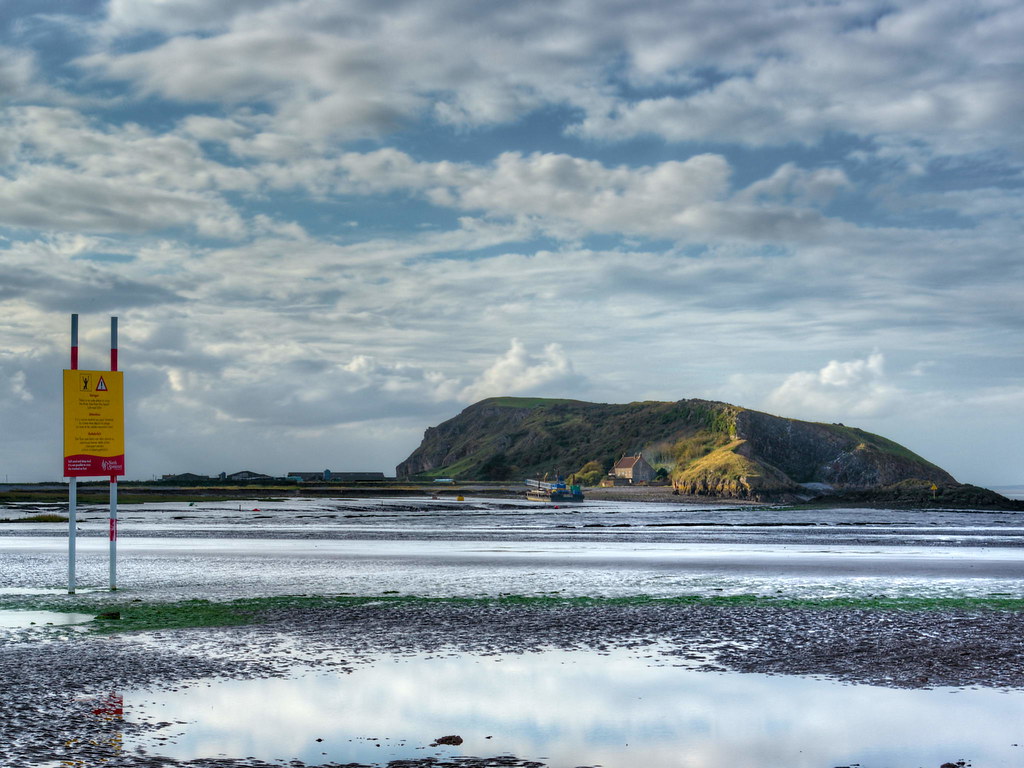 I took this photograph a long time ago and it’s an old lighthouse at Burnham-on-Sea. further along the coast from WSM. Since I took this the steps have been repaired but it’s a long time since I’ve been to Burnham- so I can’t really say if the lighthouse is still in good repair. 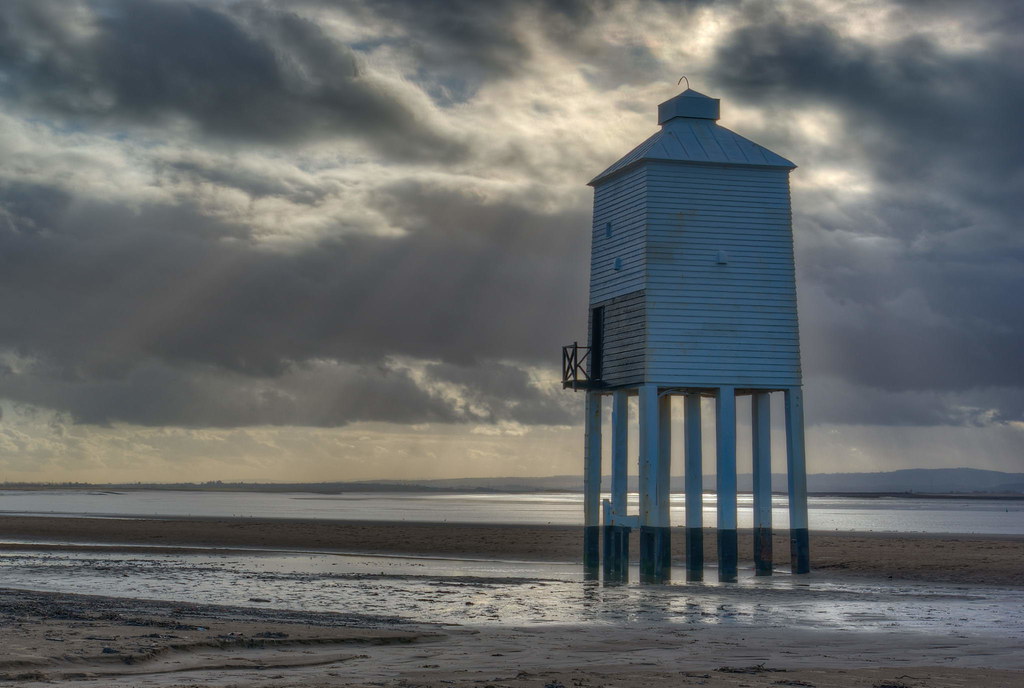 Although they have weapons, I think these guards are more for show than anything else. This is a popular tourist spot – Prague Castle. 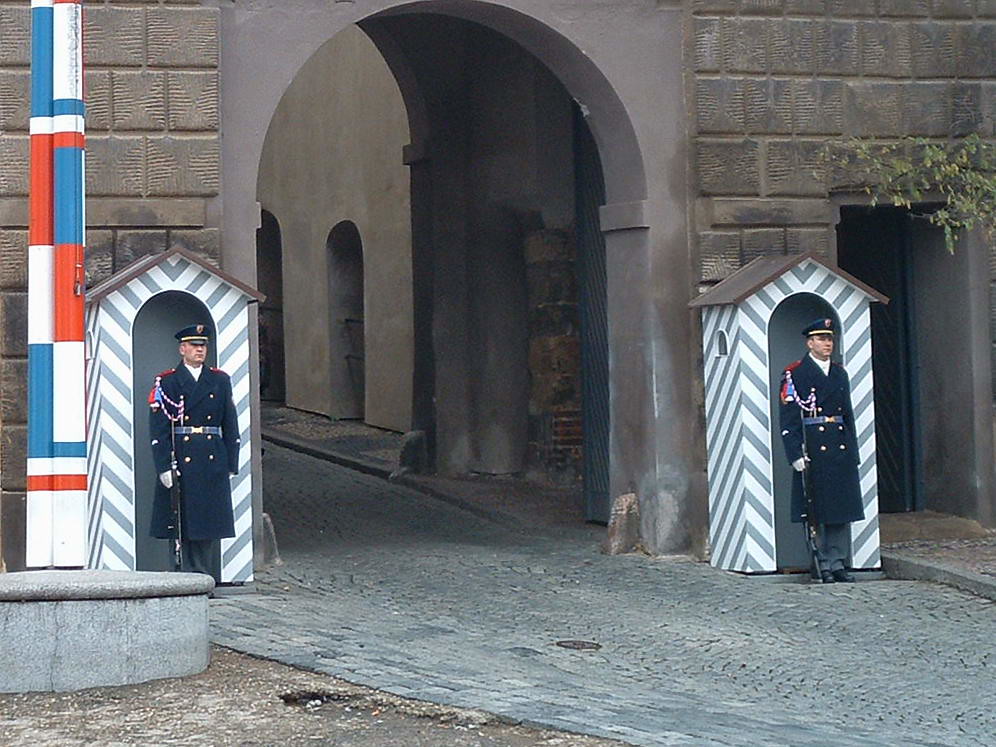 Anyway that’s it for this week and like I said a bit of a mixed bag which hopefully convey some meaning around security.

17 thoughts on “A Mixed Bag This Week”