It’s more than likely that you received a Temporary Post from me on Thursday as a result of me changing the theme I use for Say It With A Camera. Regular readers will know that I use Windows Live Writer to write my blogs and when WLW adopts the new theme it sometimes sends out a temporary post. It’s almost like a spam message, because there are no photographs, just some text within the email, followed by a load of numbers.

I can only apologise for this, we all lead busy lives, and an unwanted email in our inbox is all something we could do without.

I had some great news this week. Say It With A Camera has been awarded a place in the Top 100 Photography Blogs by Feedspot, a service that lets you read all your favourite blogs in one place. I must be doing something right.

And so to some photographs. I’ve just come back from Dunham Massey, another one of Britain’s Stately Homes that is managed by the National Trust. So here’s some photographs from inside the house.

Just before you go into the house proper, there’s a room with this nice old car. 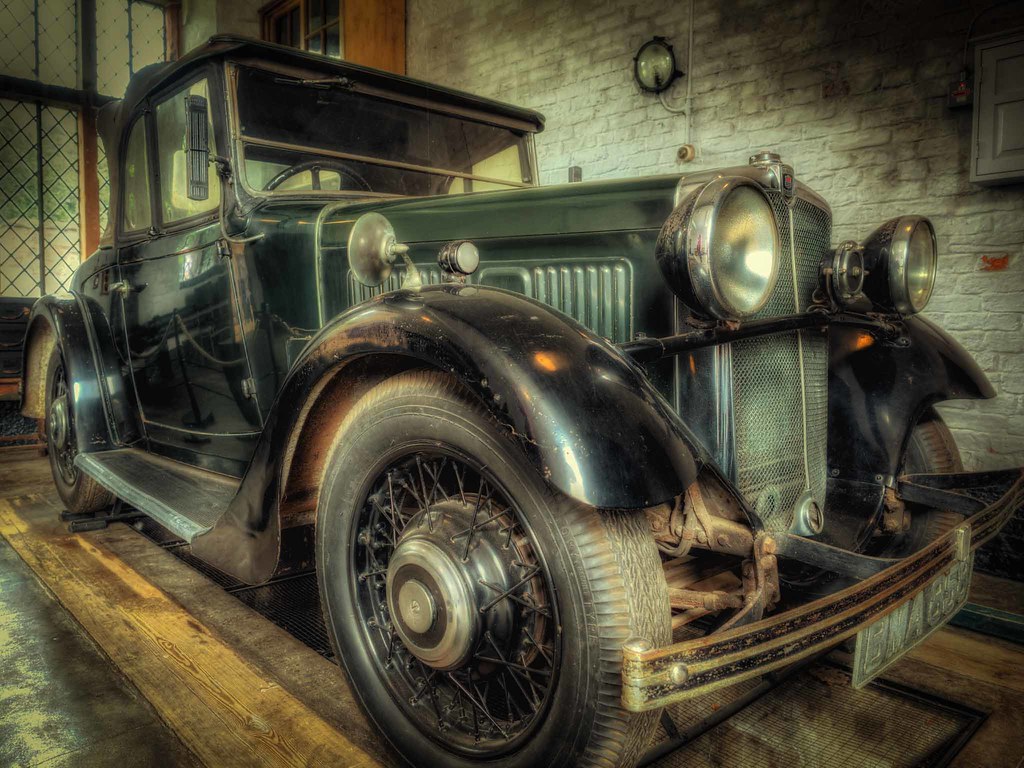 Not sure if it’s still being driven on the road but there is mud on the tires and the wheel arches, maybe it does. Once inside the house, like nearly all National Trust properties, you get the chance to wander around the state rooms and usually the servants quarters. It’s usually quite difficult to get a photograph because you’re not allowed to use flash (none on my camera, anyway), and tripods are also not allowed. Not only that, there’s always people walking around, looking at the rooms. So, as a photographer, if you want photographs with no one in sight, you have to be patient and ready to click that shutter as soon as a room becomes empty. 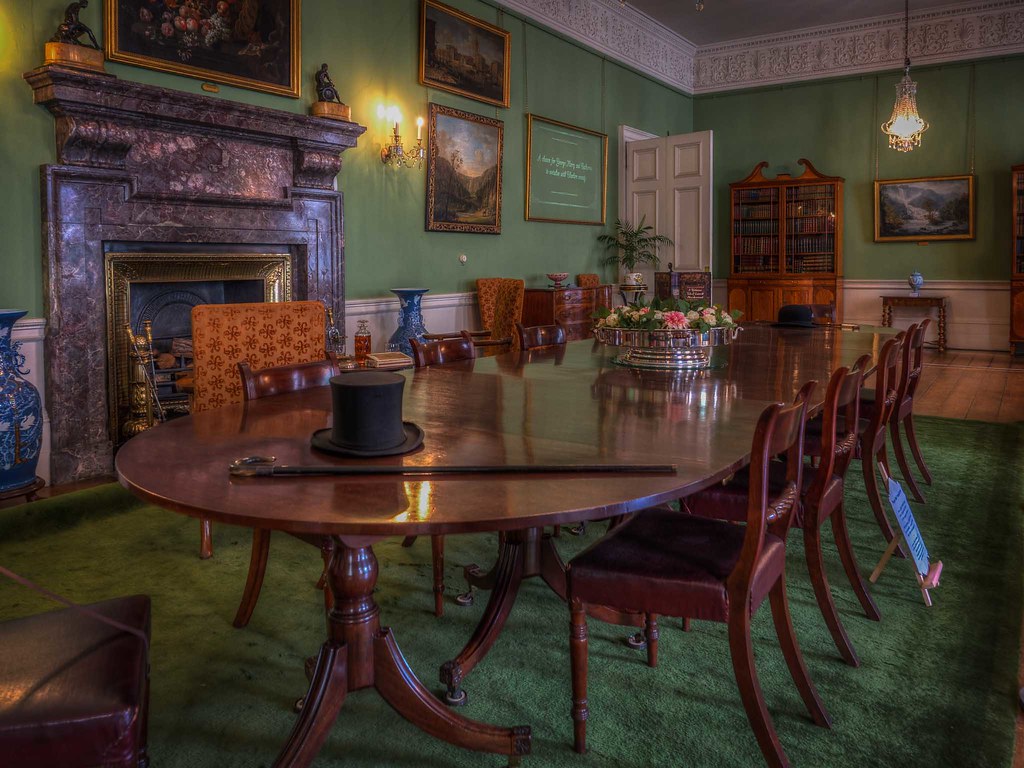 Just like in the photograph below, I waited ages and suddenly, an empty room. Maybe not the best angle but I’ve got a photograph I can use. 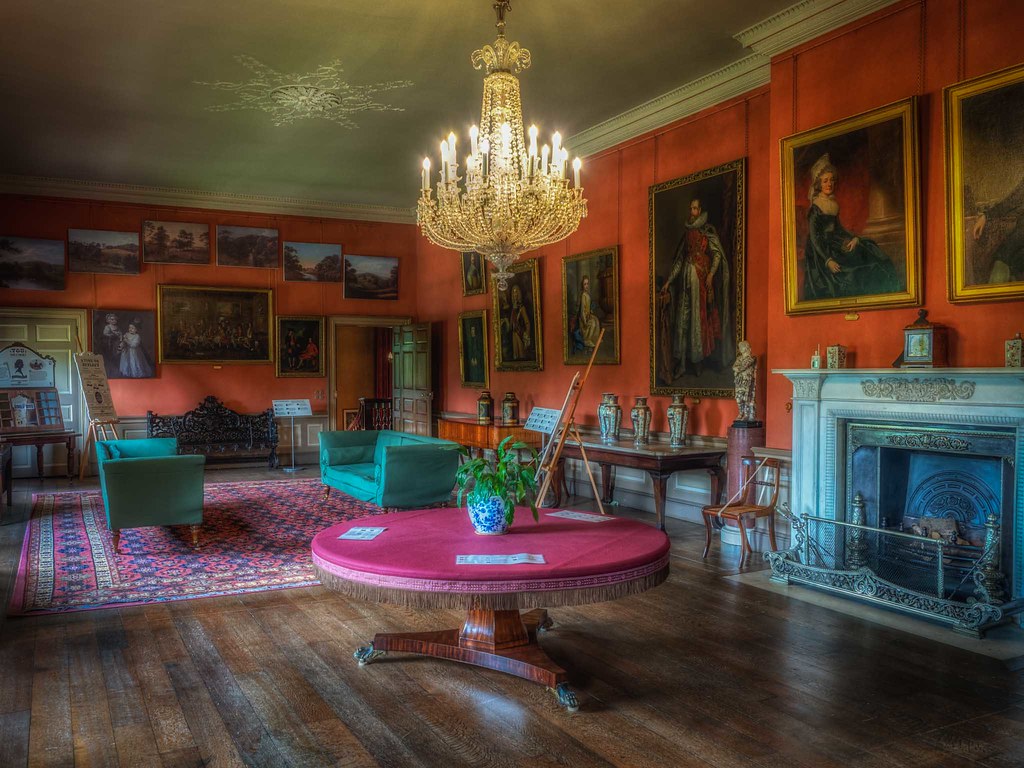 The next room is a bit of a strange one. I’m not quite sure what function it has. It looks more like a room a lady would use, but I was so intent on getting the photograph I forgot to look and see what it was used for. What do you think? A room for the lady of the house? 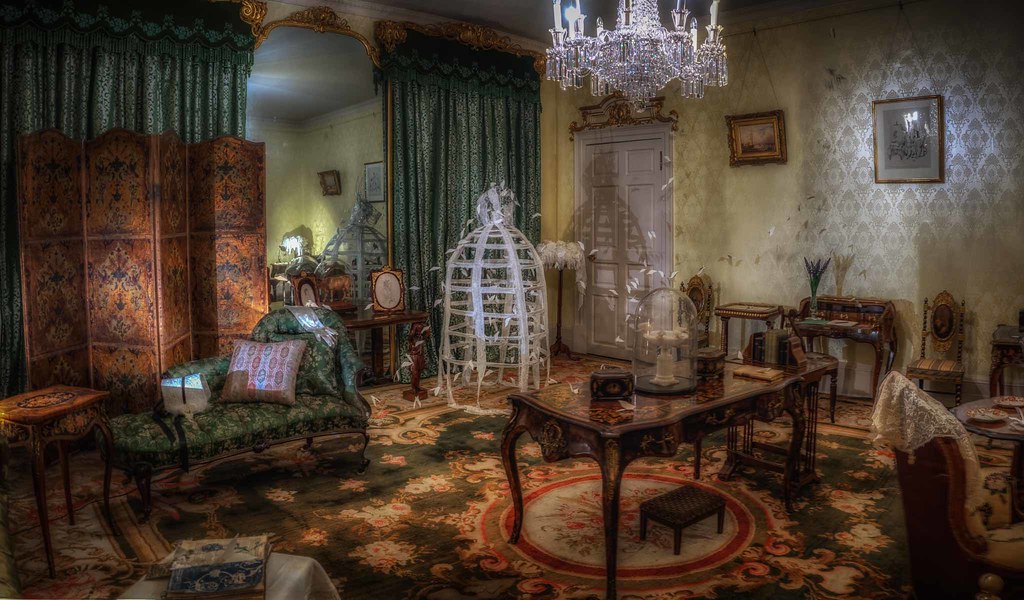 Not too hard to know what the next one is used for. It’s a study and definitely a mans room. 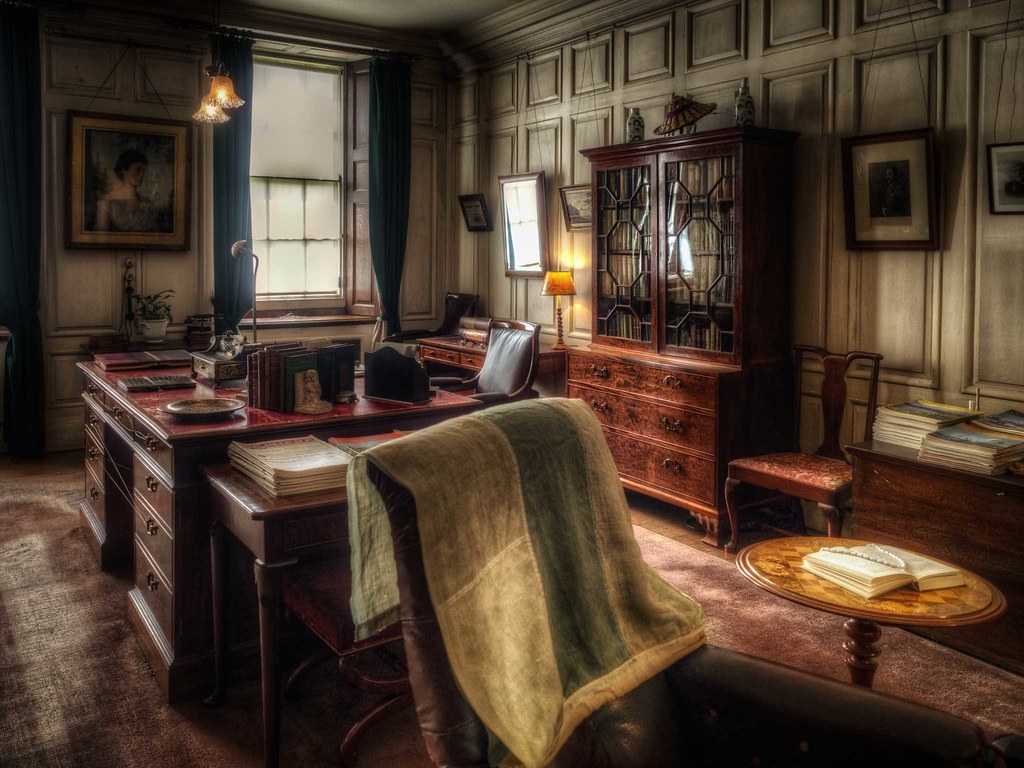 Right, let’s go below stairs now. Into the kitchen. Sometimes I think the National Trust over decorate rooms. Just too much on the tables and work surfaces. But it does give an insight to typical items used in a kitchen of a stately home. 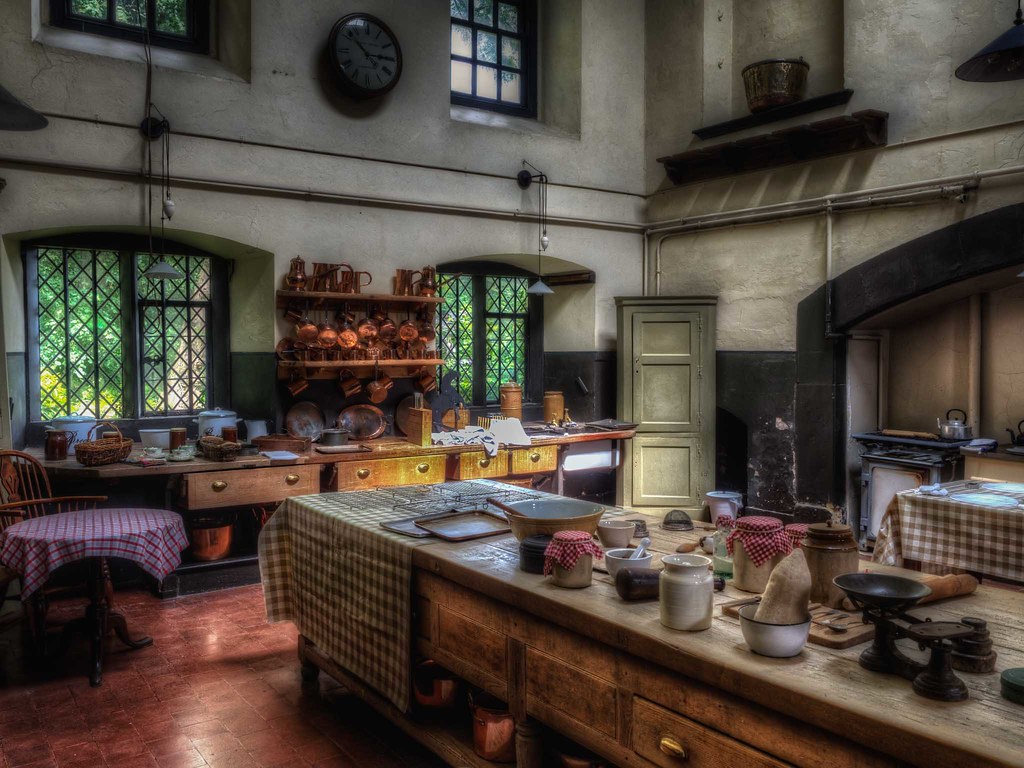 Again another room I forgot to take a note of it’s use. It looks like the servants dining room. That’s another thing about the National trust, they leave signs and things explaining what is going on. As a visitor it’s great because it lets you know all about the room. As a photographer I hate them, much too hard to clone them out, but they ruin the aesthetic of the room. 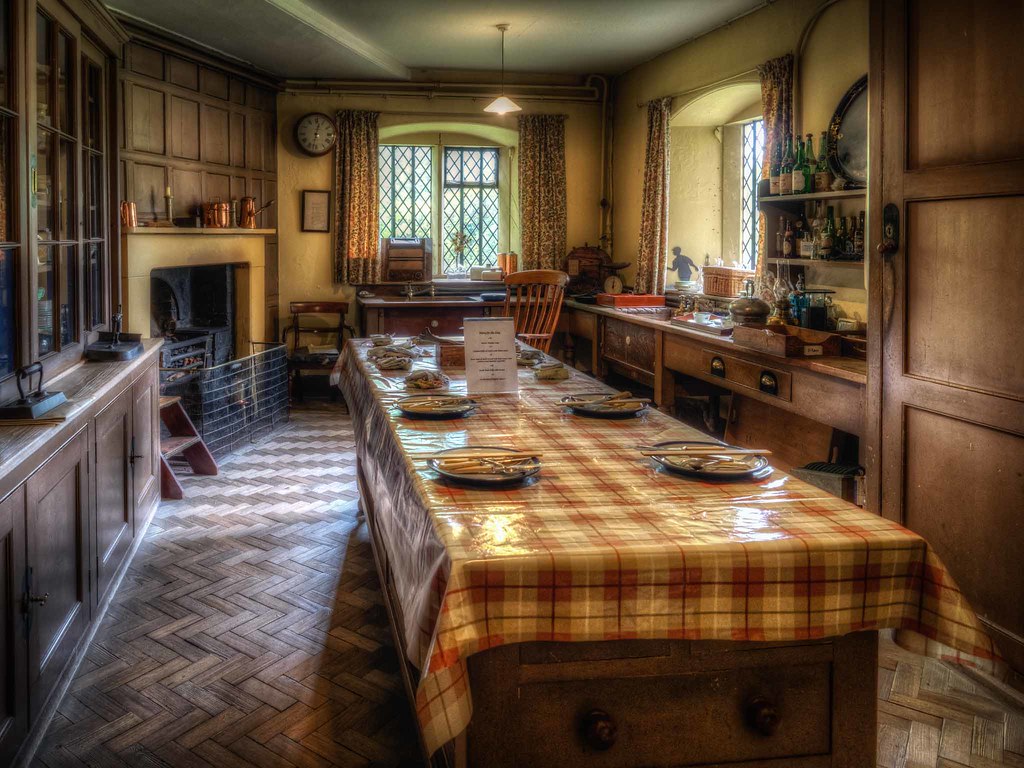 On to the laundry now. The tubs on the floor are where items were washed, Those wooden objects with the funny legs were effectively the agitator for the wash tubs. All done by hand, real hard work. Then there’s the mangle in the forefront of the photograph, used to wring out the washing. No tumble dryers here…… 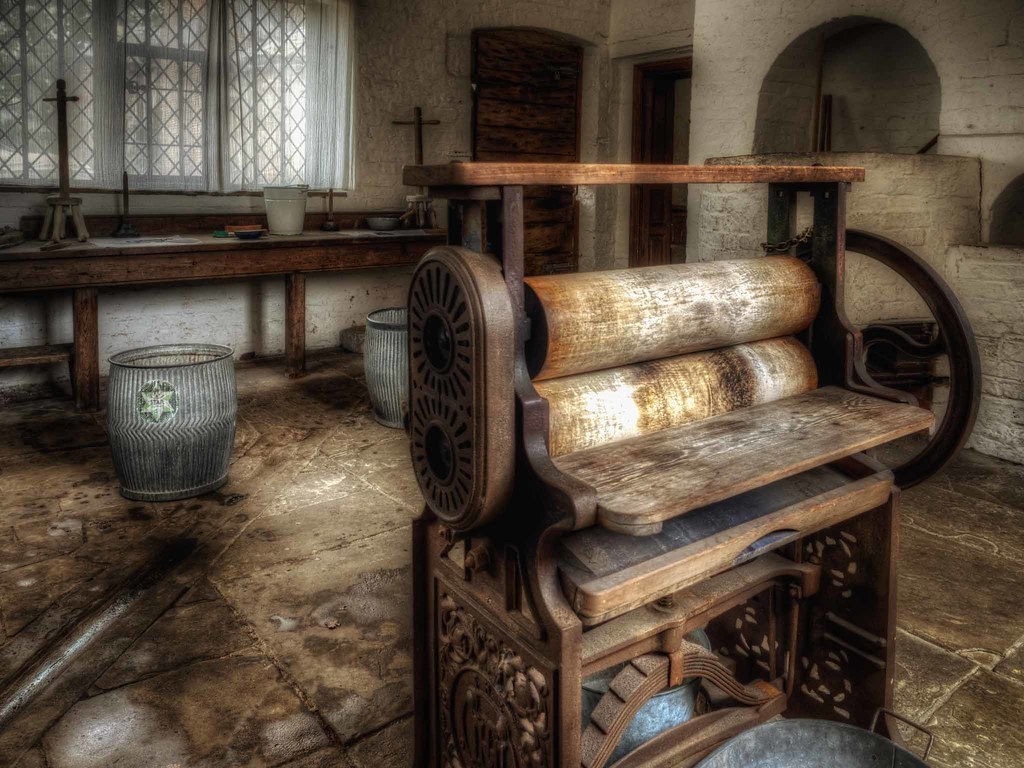 ….and this was the drying room. Missing from this photograph is all the washing hanging from the ceiling. 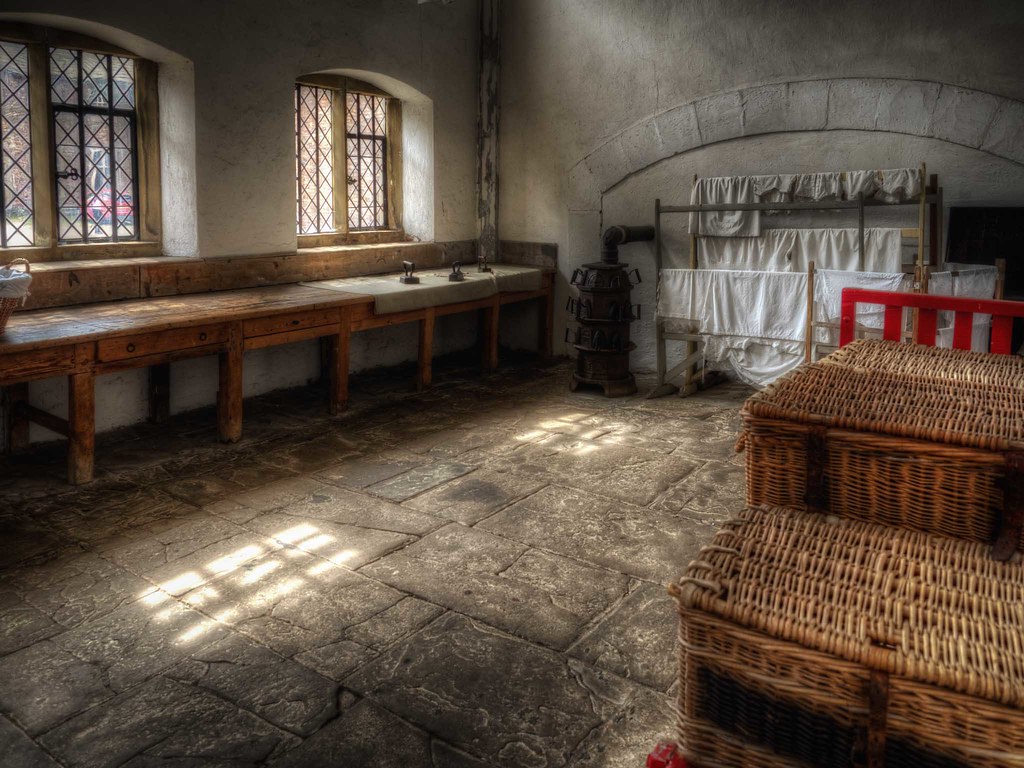 Well that’s it. I hope you enjoyed the photographs and once again my apologies for the spurious post you received yesterday – Mike

10 thoughts on “An Apology”