I sometimes wonder what the guys who dream up the WordPress Weekly Challenge themes are on. So they take a photograph, dream up some vague relationship to time passing and then name the theme Delta. Seriously! So here’s my alternative. By the way, if you want to see a larger version of any photograph, just click on it. You’ll be taken to my Flickr photostream where you can view the larger version.

Over the last week I’ve been out an about the Olympus E-M1 Mark II testing some settings for photographing birds in flight. I’ve also been doing a bit of street photography and took the opportunity to capture some birds of prey in captivity, which were on display at Llandudno. As far as I know they are all rescued birds who have got in difficulty.

First up this beautiful Harris Hawk. He’s a male, great to photograph, when he kept still. Their natural hunters and Llandudno has it’s fair share of gulls and pigeons. He kept moving his head to watch them fly over. 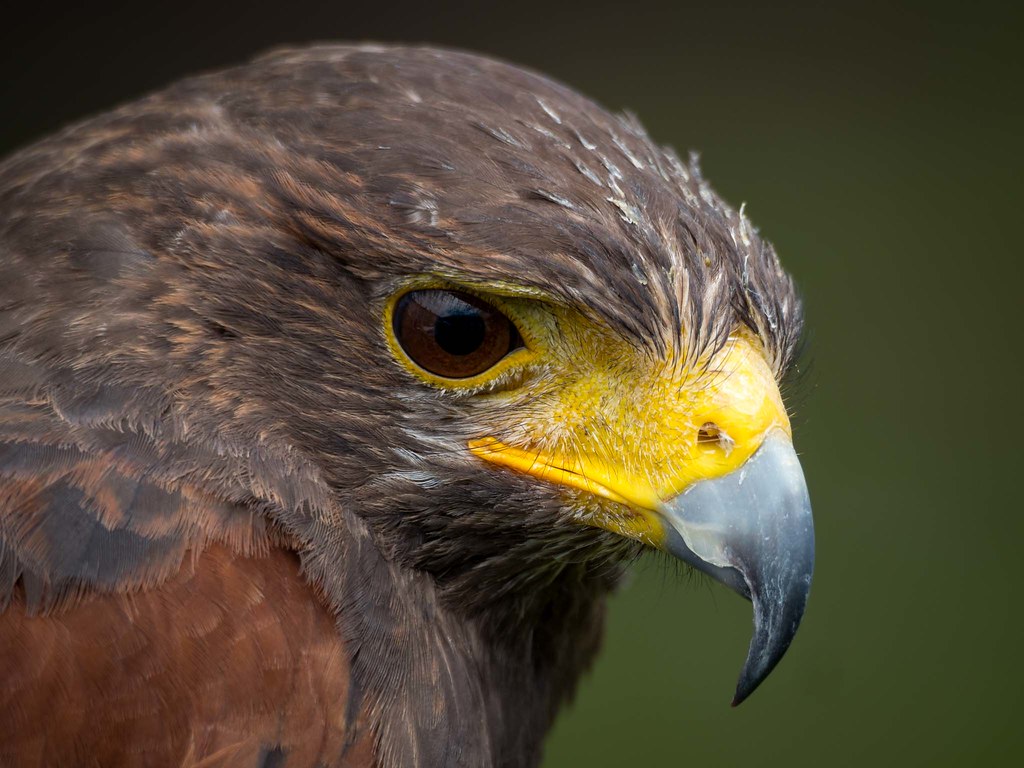 Being in captivity, I was able to get very close, so the level of detail is amazing. For this photograph I used the Olympus M.Zuiko Digital ED 75‑300mm 1:4.8‑6.7 II lens.

Using the same lens on another day I was out trying to see if I could actually capture Birds in Flight. Now down at Prestatyn Beach you can always find gulls, flying around, but not this day. Only the odd one about and flying pretty far away. Wing definition is not too bad but it could be sharper. 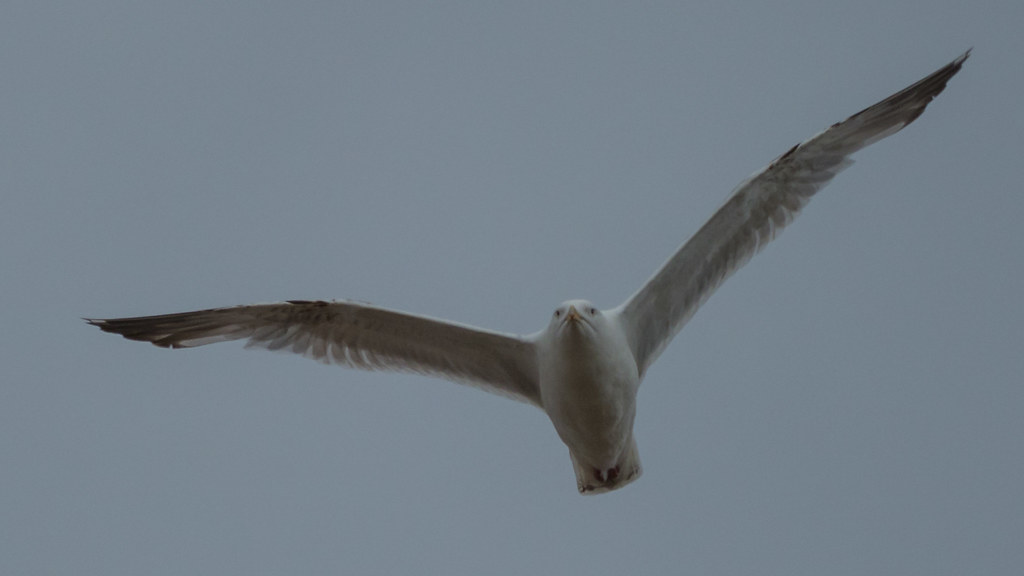 Back to Llandudno and another little beauty, a Barn Owl, I’m pretty sure this one is a male. 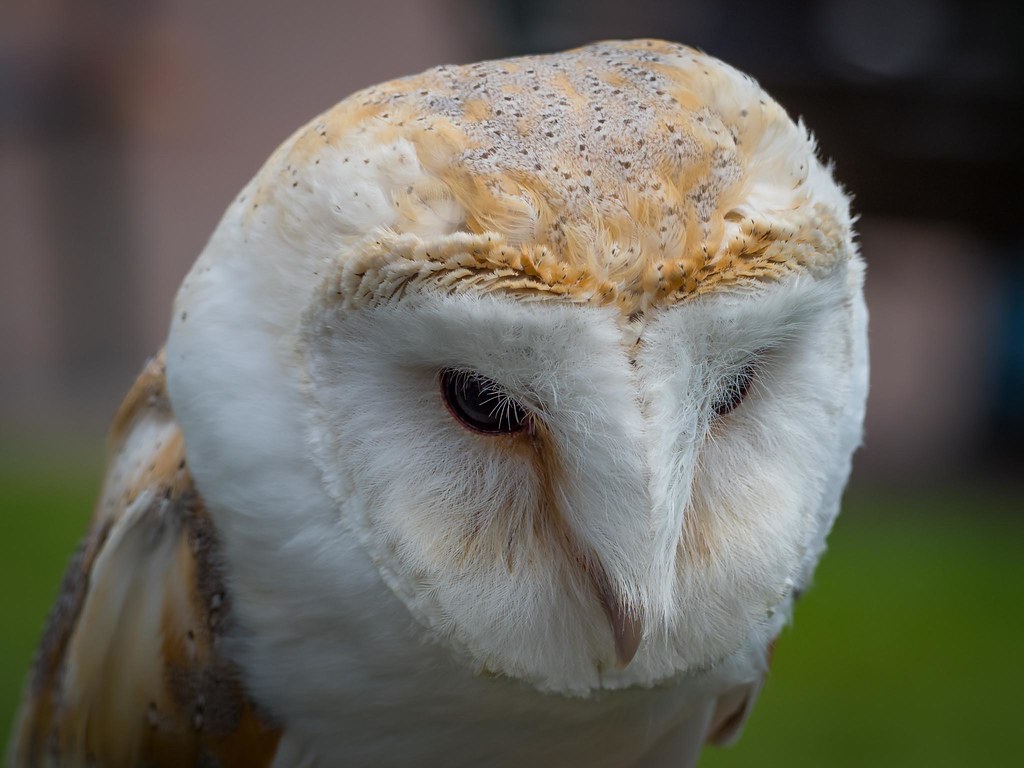 Now to a bit of street photography, which I did on the same day as the bird of prey. This time using my goto lens the Olympus M.Zuiko Digital ED 12‑40mm 1:2.8 PRO. I tried this time to get really close to my victims err subjects before firing the shutter. There’s more chance of error this way but it makes for a better photograph. 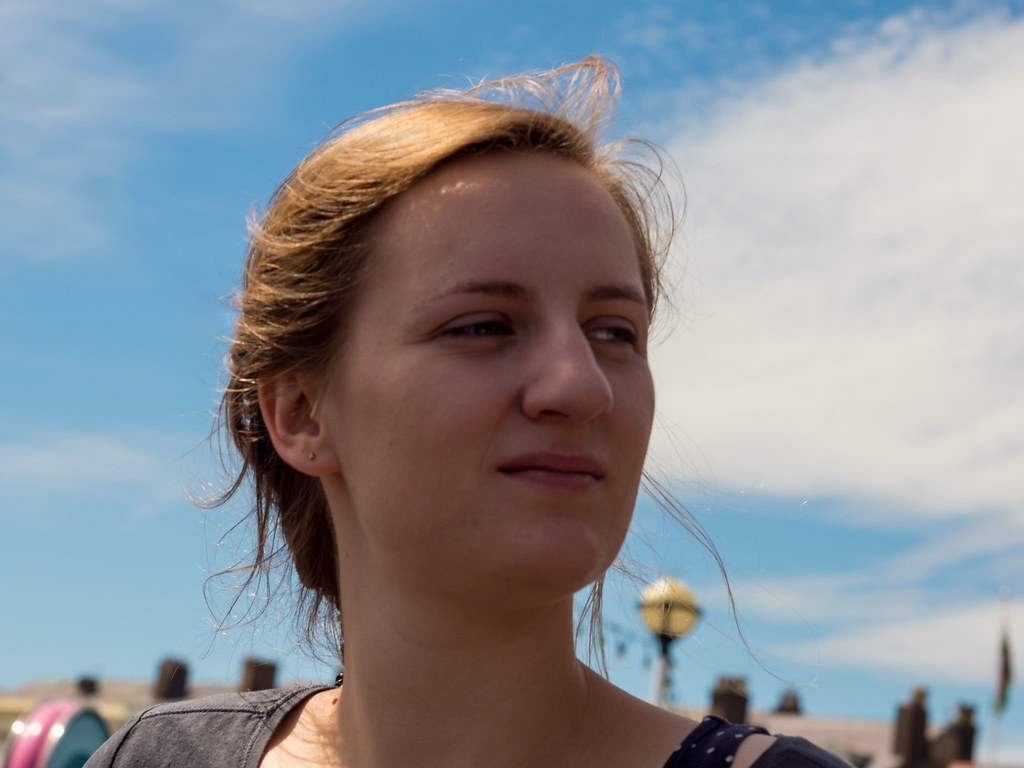 I’m quite pleased with these ones 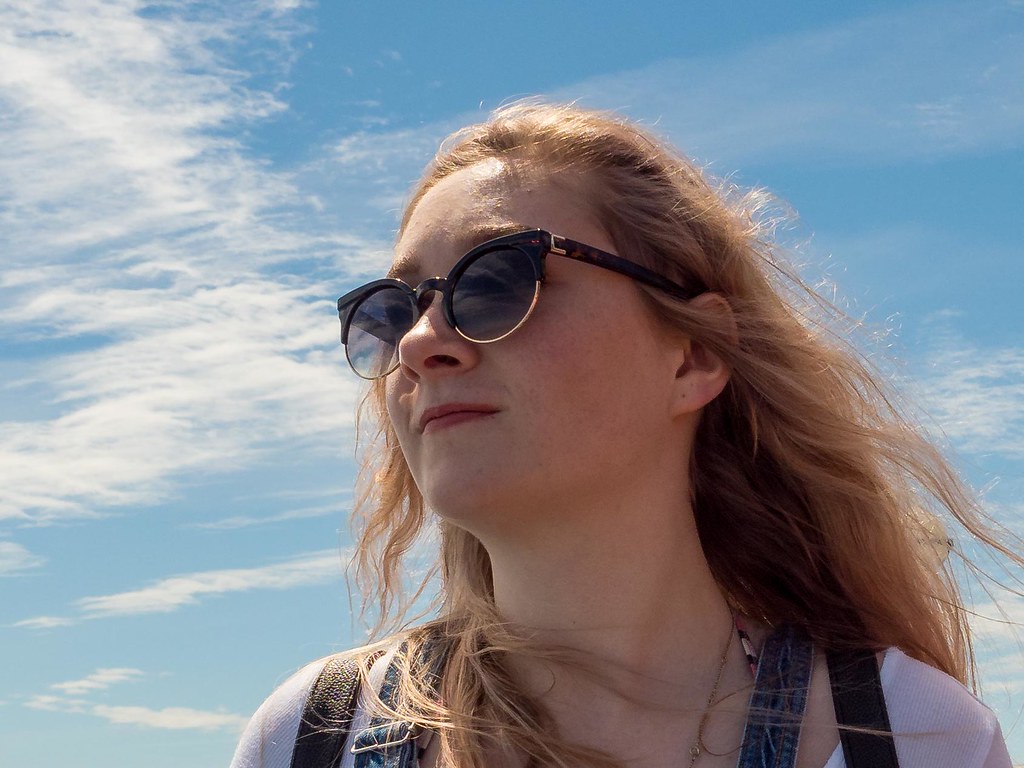 Yes I do photograph men as well 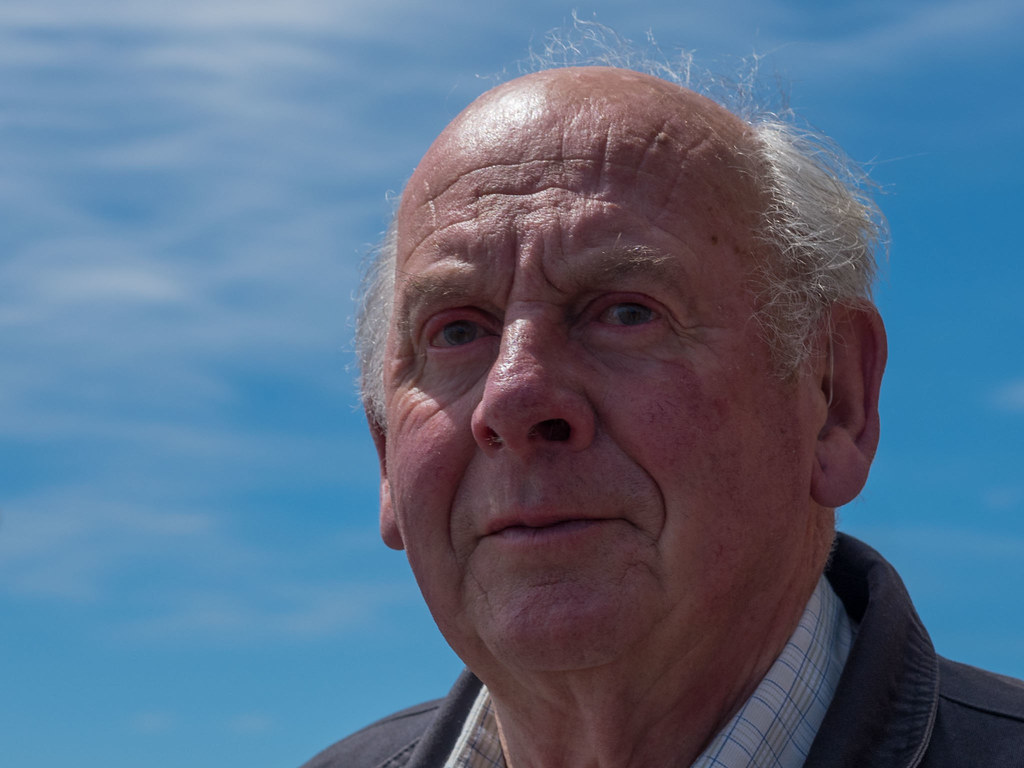 I think she knew because that sardonic little smile just appeared. 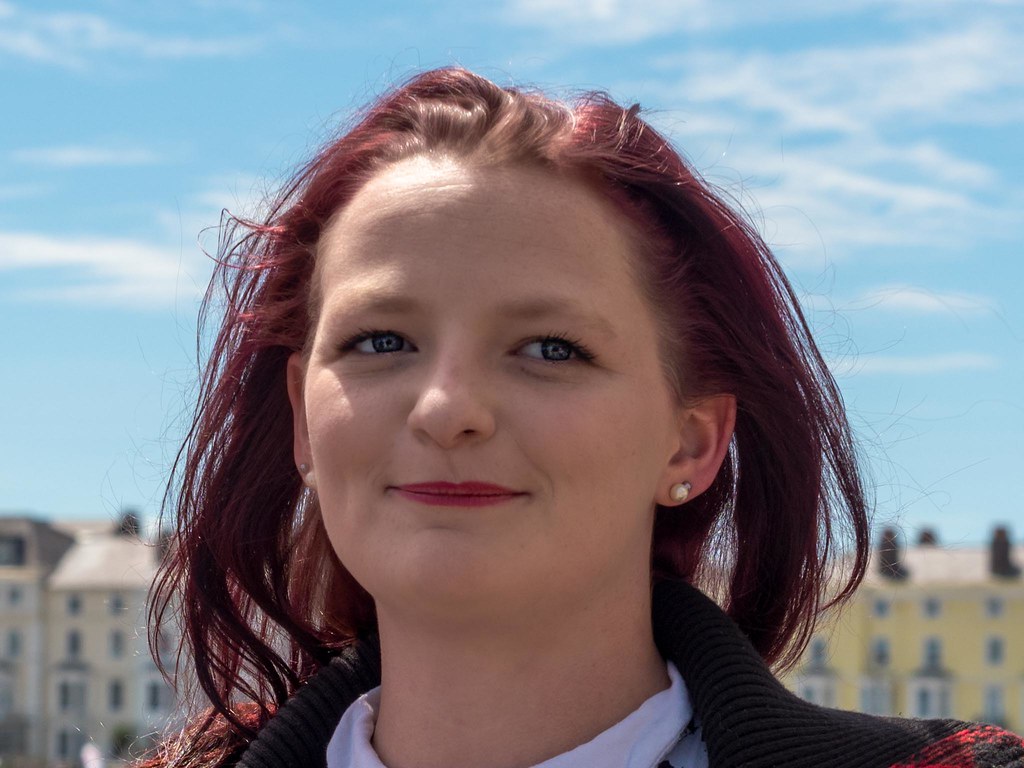 And now for a real beauty. A Eurasian Eagle Owl, this one is a female and is apparently a runt being only two-thirds of the size it could be. Don’t get me wrong it’s still a big bird. 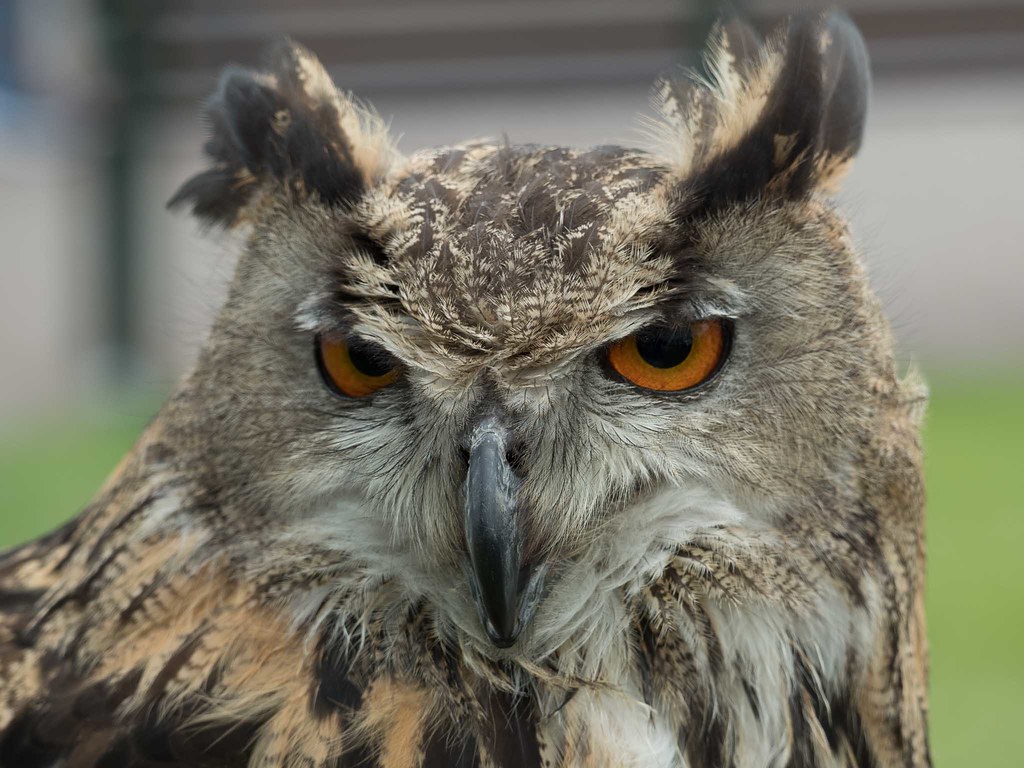 Another bird in flight. A bit sharper this time. 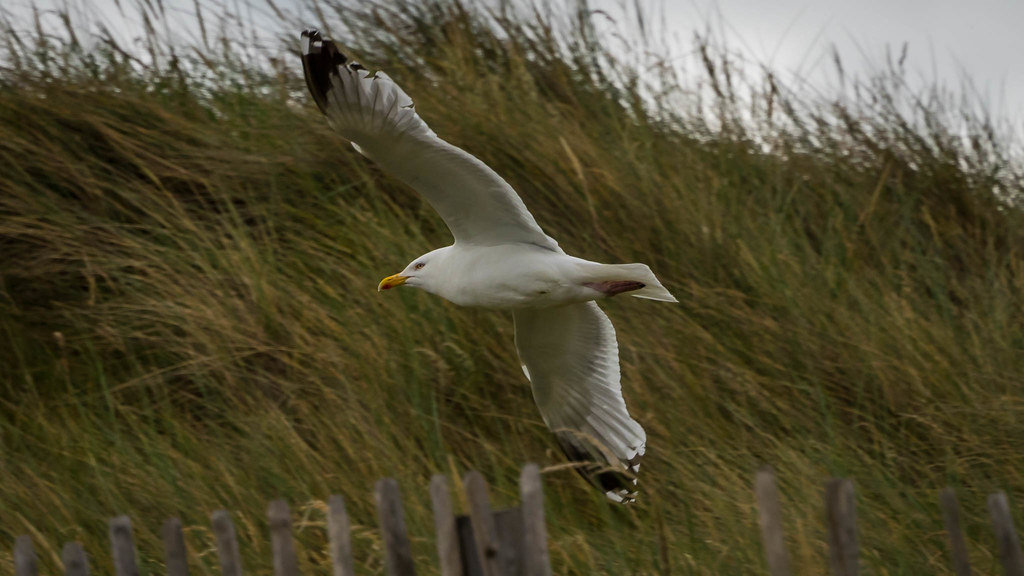 I’ve obviously got the shutter speed just right because the wings aren’t blurring when they are moving. I just have to get the focus sharp enough now

A shutter working at a speed of one-fourth to one-twenty-fifth of a second will answer all purposes. A little blur in a moving subject will often aid to giving the impression of action and motion. – Alfred Stieglitz – “The Hand Camera” (1897)

Not with birds in flight Alfred. I’m using 1/1000th second to ensure that the wings aren’t blurred. 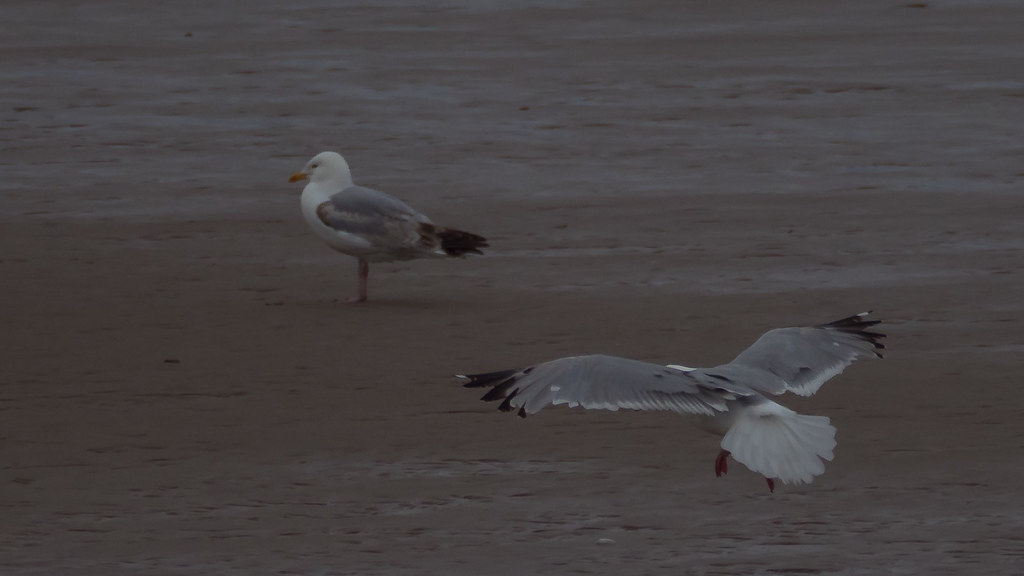 And finally today’s weather here in North Wales. A dark grey day with very light rain coming in from the sea. You can see the wind turbines in the background fading away as the rain comes in, they almost look like shadows against a grey backdrop. 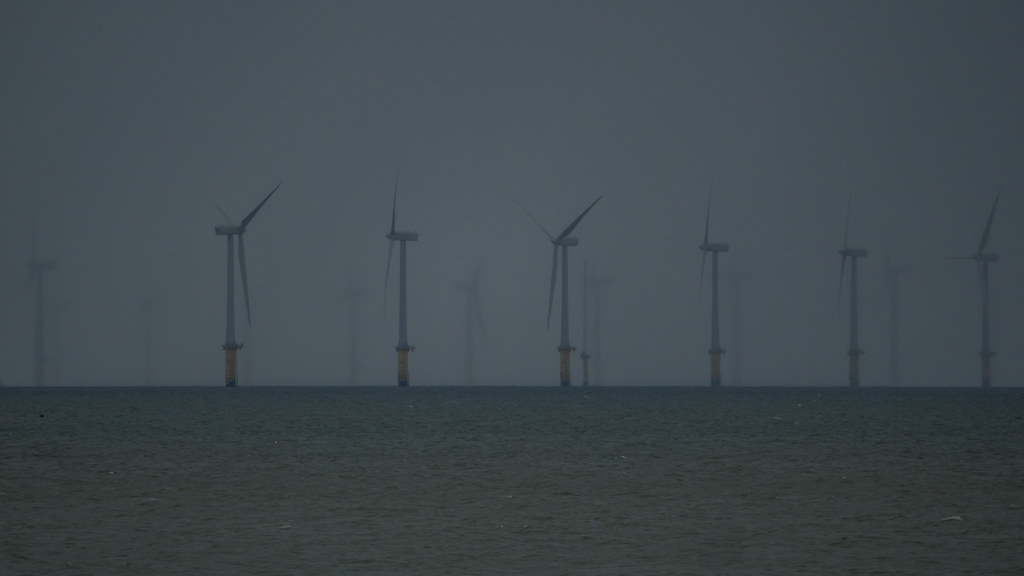 Well, that it for this week and I’d like to leave you with this final thought.

A great photo happens when a photographer sees a situation unfolding in front of them that evokes an emotion that the photographer feels deep down, in the middle of their chest. And in a split second, they then make a conscious choice of exposure, lens, depth of field, lighting, body language, composition, etc., and releases the shutter. The film is then processed, scanned, laid out on a page, printed on a press, driven across town to the newspaper carrier who throws it on some guy’s porch, who then opens the newspaper and looks down at that photo … and if that guy gets the same feeling deep down in the middle of his chest that the photographer did when they viewed the situation in the first place, they have made a great photo. – Anonymous

Hopefully, you liked one my photographs this week, maybe enough that you thought it was a great photograph.

As usual, here’s what other great bloggers are saying about this weeks challenge.

17 thoughts on “A Bit Of Everything This Week”