Normally on a Wednesday night I’d be at the Camera Club but with the floor being renovated in the hall it was time for a field trip. A place I haven’t been to in a long time is the  site of the old Point of Ayr colliery, located just a short walk along the coast from Talacre at Fynnongroew. The colliery was situated on reclaimed land right along side the Dee Estuary and entrance to the two original shafts were with yards of the sea-shore, with the workings extending out under the sea. In later years the colliery was taken over by the National Coal Board (NCB) and a new shaft was added in the early 80’s, but now coal came to the surface on a conveyor belt.

Despite extensive reserves of coal in the mine, the colliery closed in 1996, mainly as a result of reduced demand for coal-fired power stations. All of the buildings were levelled and today you would be hard pushed to know that a colliery even existed there, other than for this sculpture of a miner with a pit pony and a cart of coal. 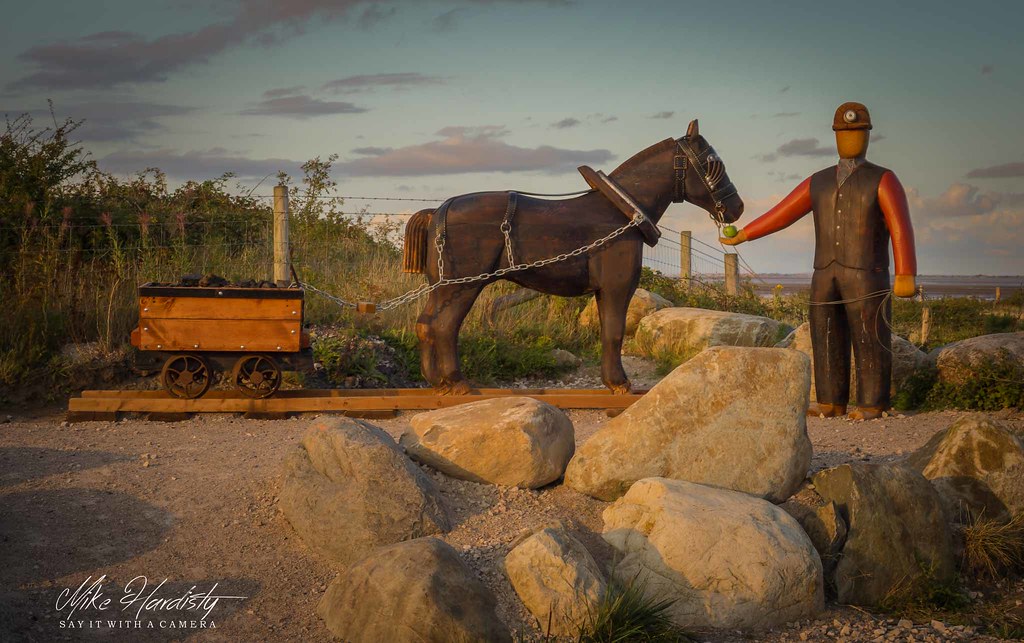 I was there to catch the sunset, though, and on part of the land that was once the colliery, lies the Point Of Ayr Gas Terminal. Ironically, the move from coal-fired Power Stations was prompted by the introduction of more cleaner gas-powered ones and the gas from the Point of Ayr terminal is used to provide power to half of Wales.

The fenced off areas are overgrown but you can see the Gas Terminal’s structure beyond the trees…… and that was my idea for a photograph last night. Try and get a sunset with the plant structure in silhouette. 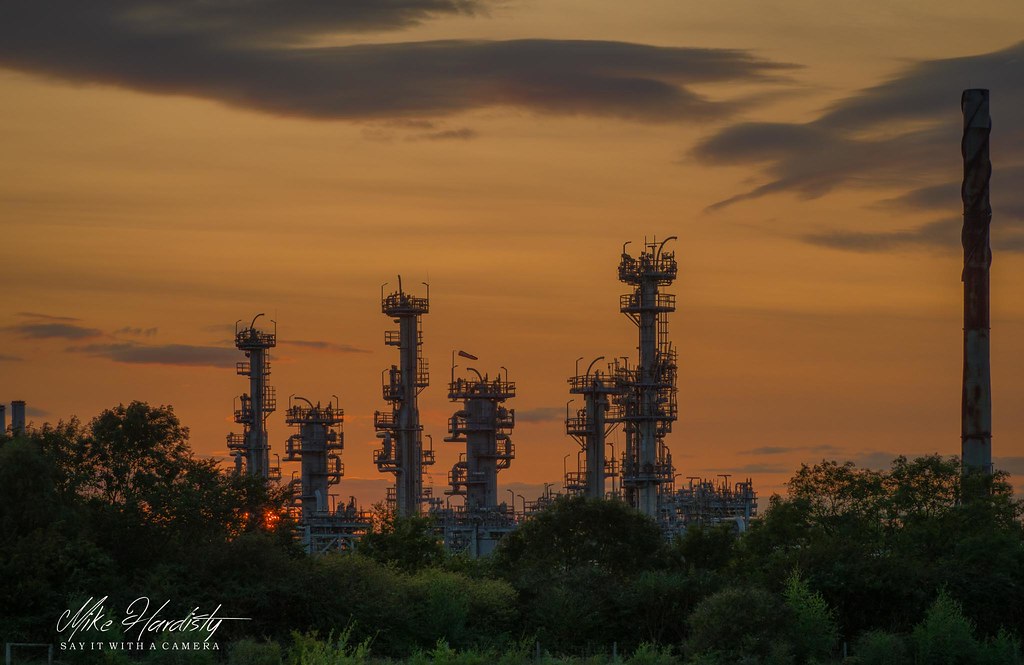 Of course, you need a decent sunset and last night it certainly wasn’t. Hardly a cloud in the sky, coupled with a dull orange glow, but you work with what you’ve got.

Since the last time I visited Point of Ayr there have been a few additions to the site. I mentioned the sculpture earlier and I also found this wheel, which represents the winding gear from a mine. Who knows it may even be the original wheel?

So with the gas plant in the background and the wheel silhouetted against the setting sun this was probably the photograph of the night for me. 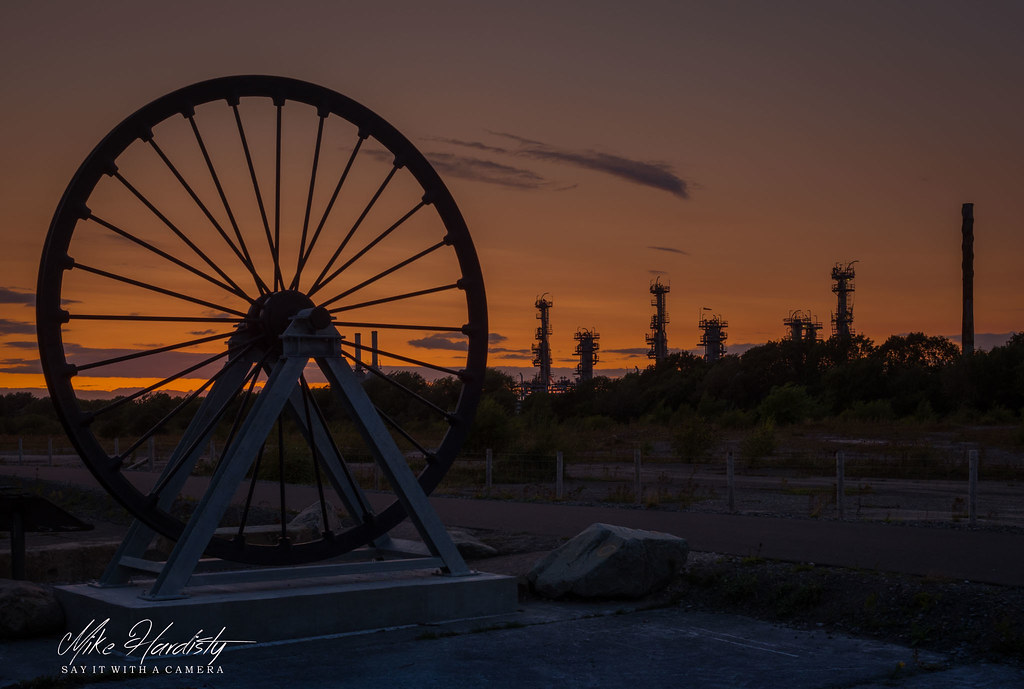 One last little point. One of the old miners who used to work at the colliery told me an interesting story. On the final day of colliery operations they flooded the mine, by boring a shaft from the dock, coal was shipped by sea, and letting the high tide do the rest.

Right that’s it. I’m off on holiday. No doubt I’ll take a lot of photographs whilst I’m away. Many of them will be touristy, but hopefully there will be the odd gem amongst them, worth writing about – Mike