Wander around Macon in France and you’ll soon come to recognise that it does not offer a lot for photographers. Maybe I’m doing the town an injustice but without stretching to a bit of street photography I was really struggling to get a photograph. Now half of the problem was cars. They were parked everywhere and any building that was worth a click of the shutter had the inevitable car outside it. So I became a bit selective, maybe too selective, but it is what it is so here’s the photographs. 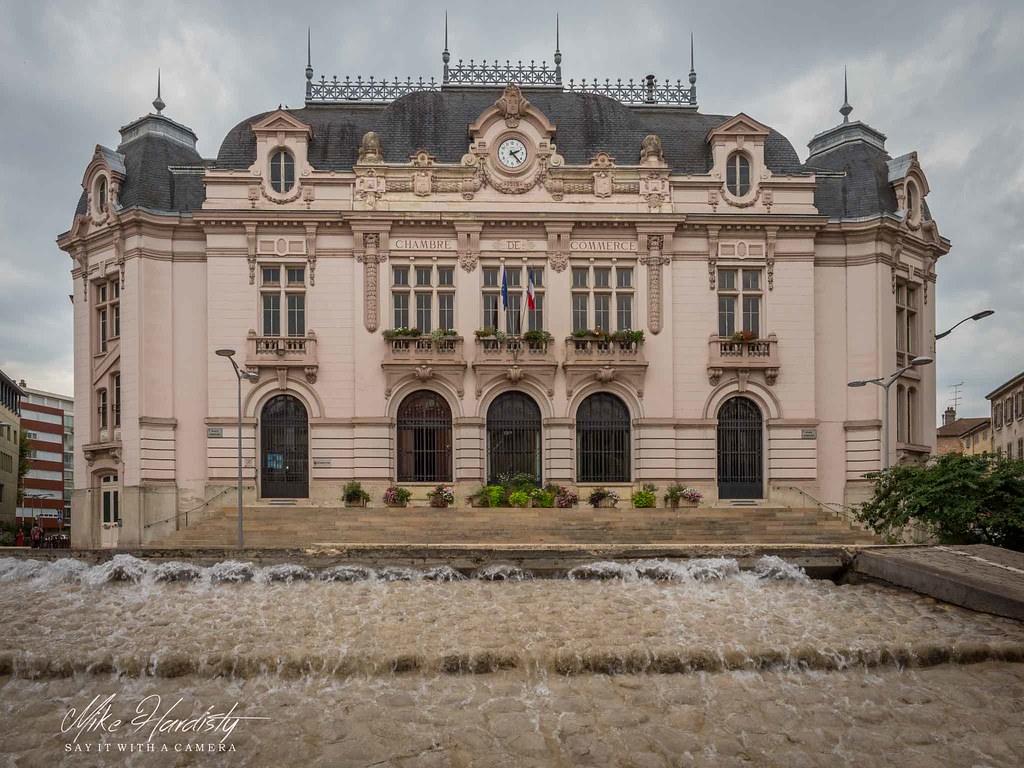 The first building I came across was the Chamber of Commerce, which seemed to be shut up. Getting low and close to the waterfall allowed me to get all of the building in, but I did have to do some perspective corrections in Adobe Lightroom to straighten the building.

Quite a few of streets are closed to traffic or so I thought. When I nearly stepped into the path of speeding moped I soon realised, there’s traffic and there’s traffic. But eventually I managed to negotiate my way to the Town Hall and those crazy but colourful plant pots. 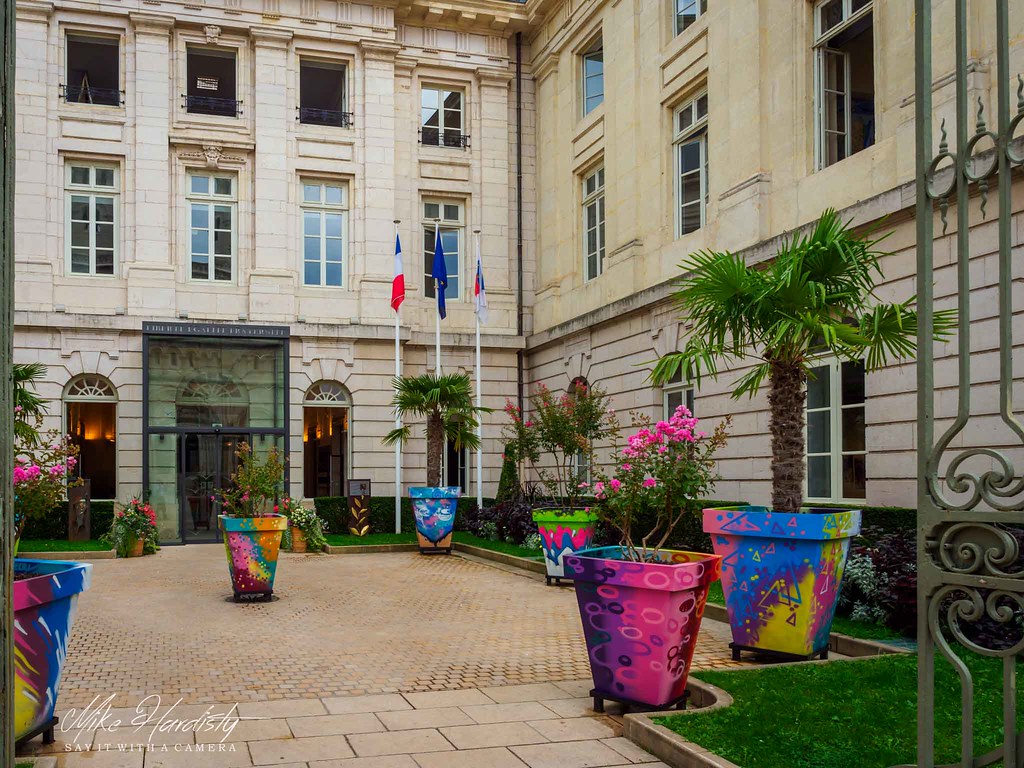 And right behind me was the Eglise St Pierre. I couldn’t get all of the building in with one shot. It was just too tall. So in the end I photographed the church in three sections, making sure each section overlapped by quite a bit. Then It was a simple task to combine the three sections using Adobe Lightroom’s “merge to panorama” module. 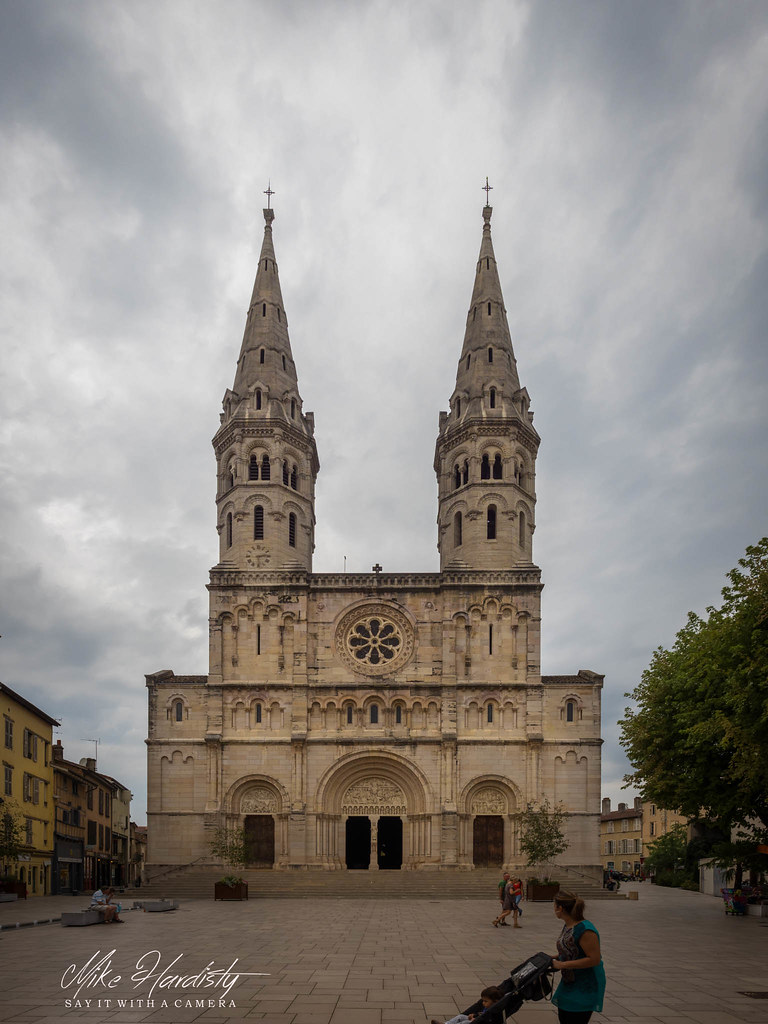 Inside the church, like many French churches, it’s quite ornate. Far more so than many of the simple churches I find in North Wales. There again, the churches in France are so much larger, almost cathedral-like in size. 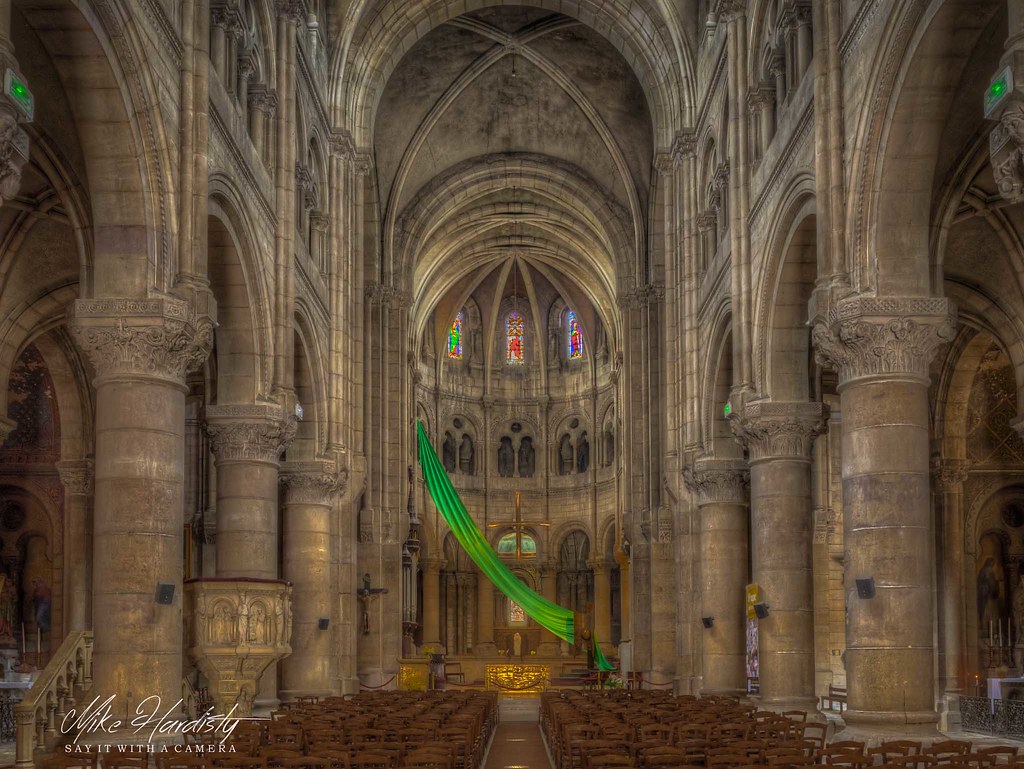 Here’s a close-up of the area around the altar. Before you ask I have no idea of the significance of the green cloth. From a photography point of view id does add a welcome splash of colour. 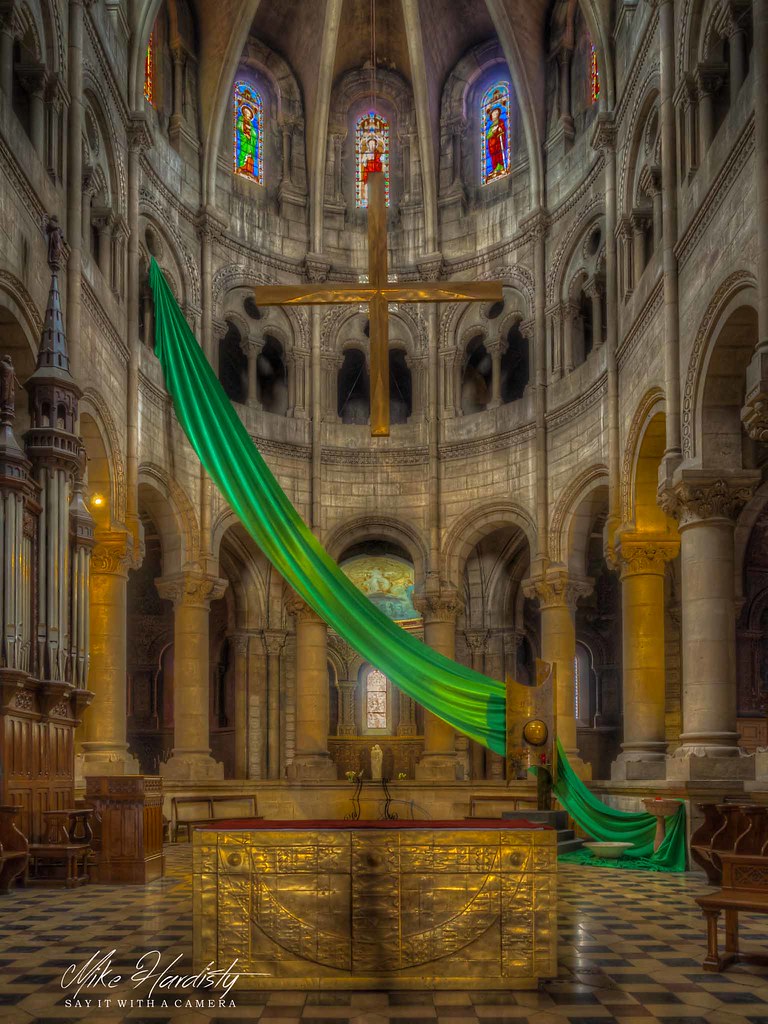 Sorry about this, but talking about cathedrals, Macon does have one. Well actually it has two. The 13th century one was demolished in 1799 leaving only two distinctive towers. Lot’s of cars parked outside so not worth a photograph. Then there’s the new cathedral of St Vincent. 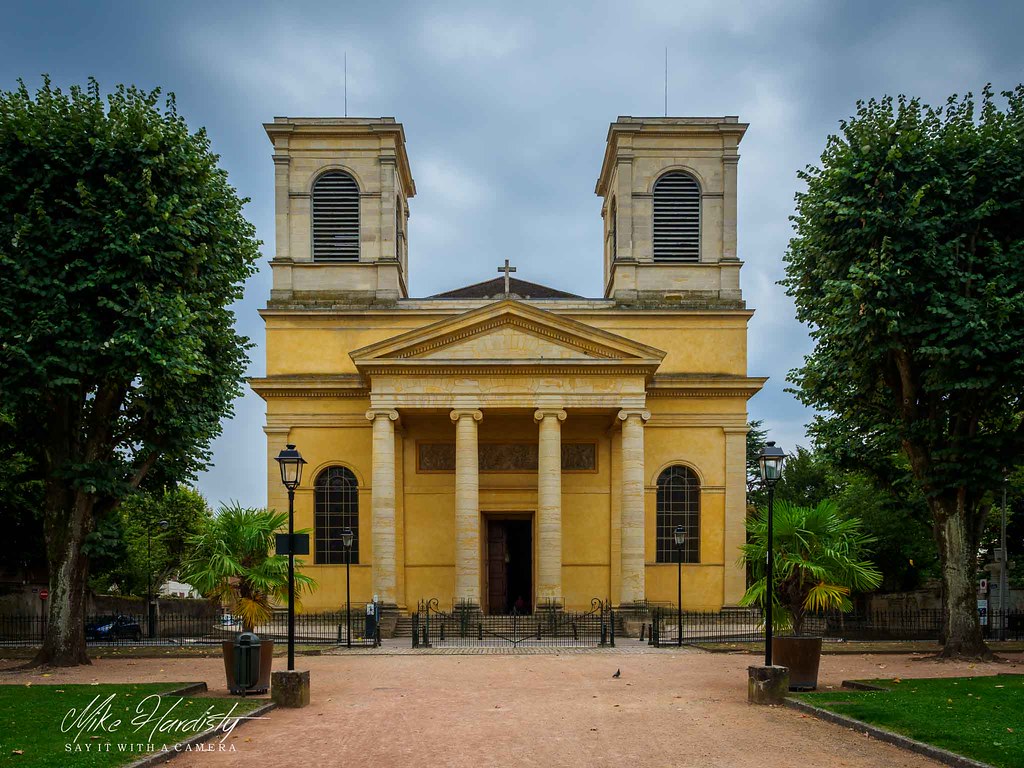 Now if you want ornate, this is the place to go. All marble, lots of stained glass, well just look at it. 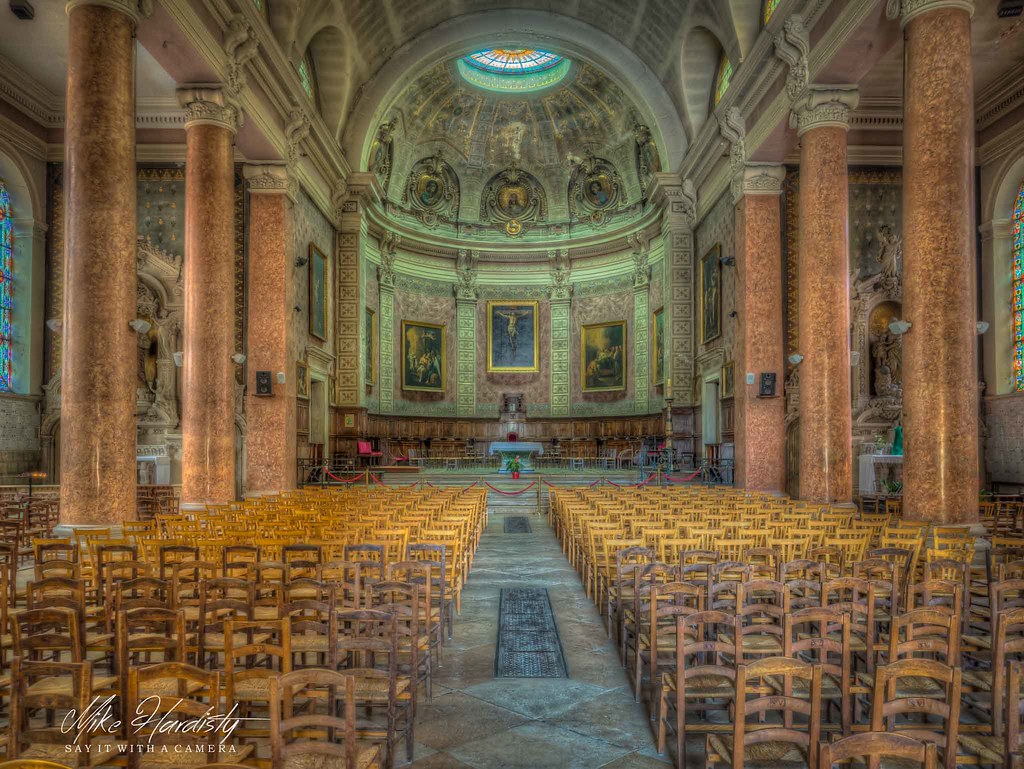 So that’s Macon. No doubt I missed loads that I could photograph but to be honest as a town it didn’t really inspire me