Once an alms-house for the poor, the Hotel Dieu is now a museum and at last I have found an ancient building in France that is not bare of furniture and fittings. Right from the start I knew there would be some good photo opportunities and it really was a shame that the sun wasn’t out. Instead i had to contend with gloomy grey skies throughout the day. But it’s a one-off visit so I had to make the most of it, stop moaning about the light and get on with it. 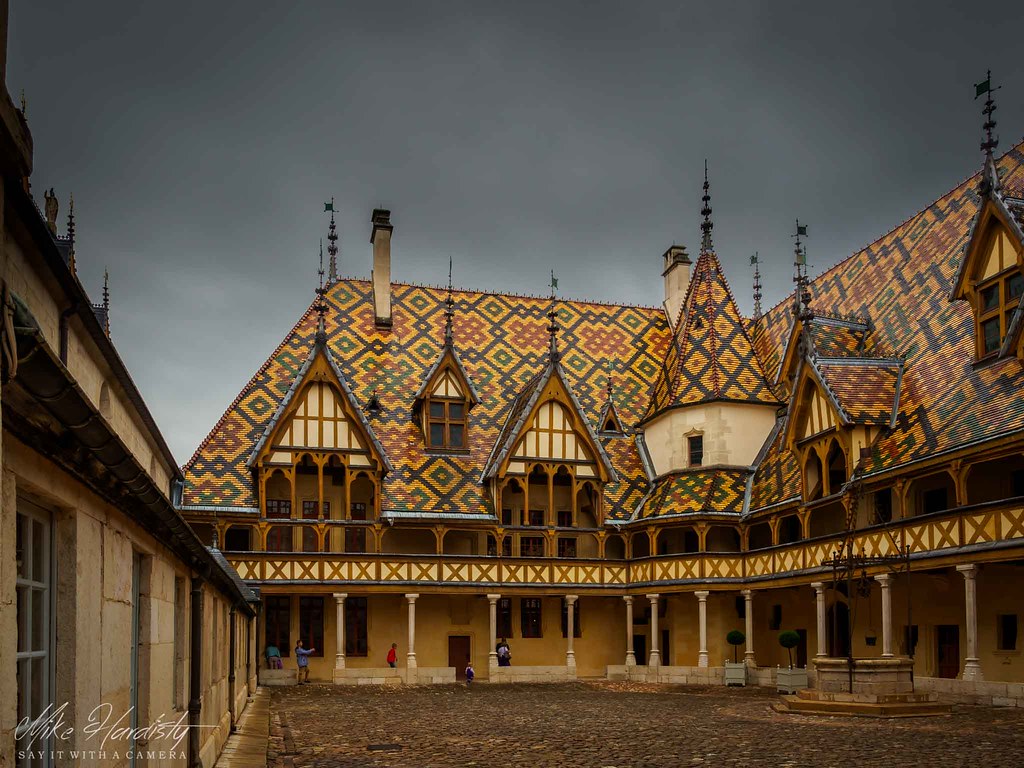 Of course like all museums and tourist attractions you just can’t get away from the crowds and this particular group always seemed to be just in front of me. But ignore the people and look at the ceiling. How beautiful is that? 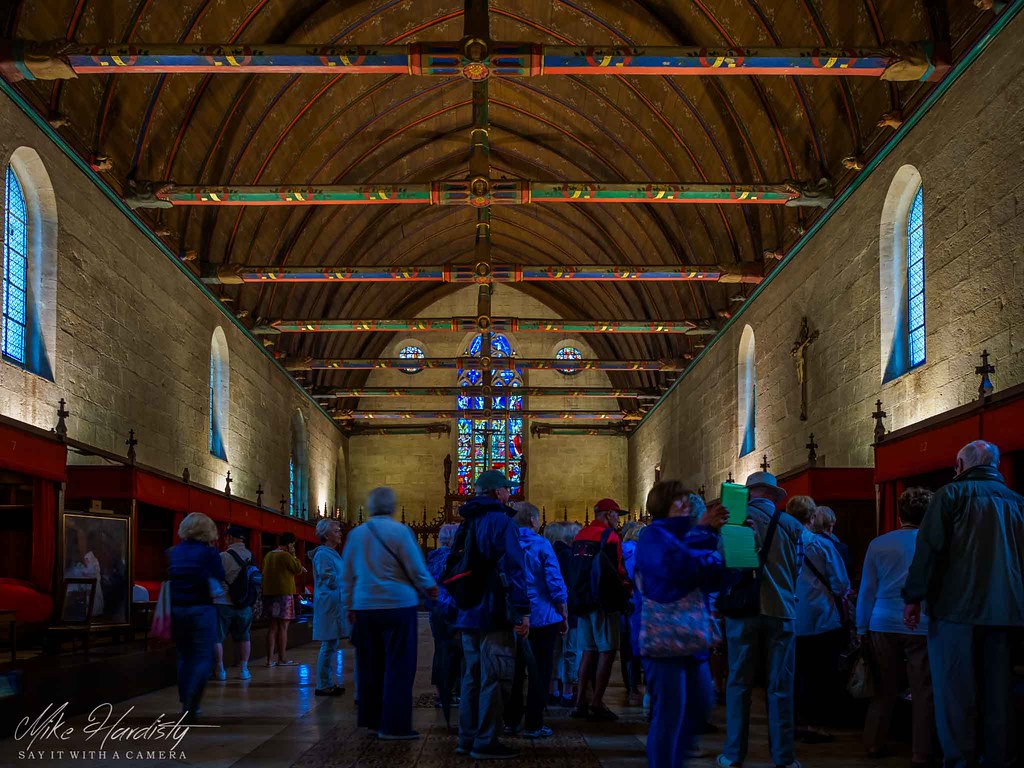 Those beds are were the sick and poor were quartered. Privacy, of which there is little, comes from drawing a curtain across. But when all’s said and done, it must have been a lot better to be in here, rather than being out on the streets. 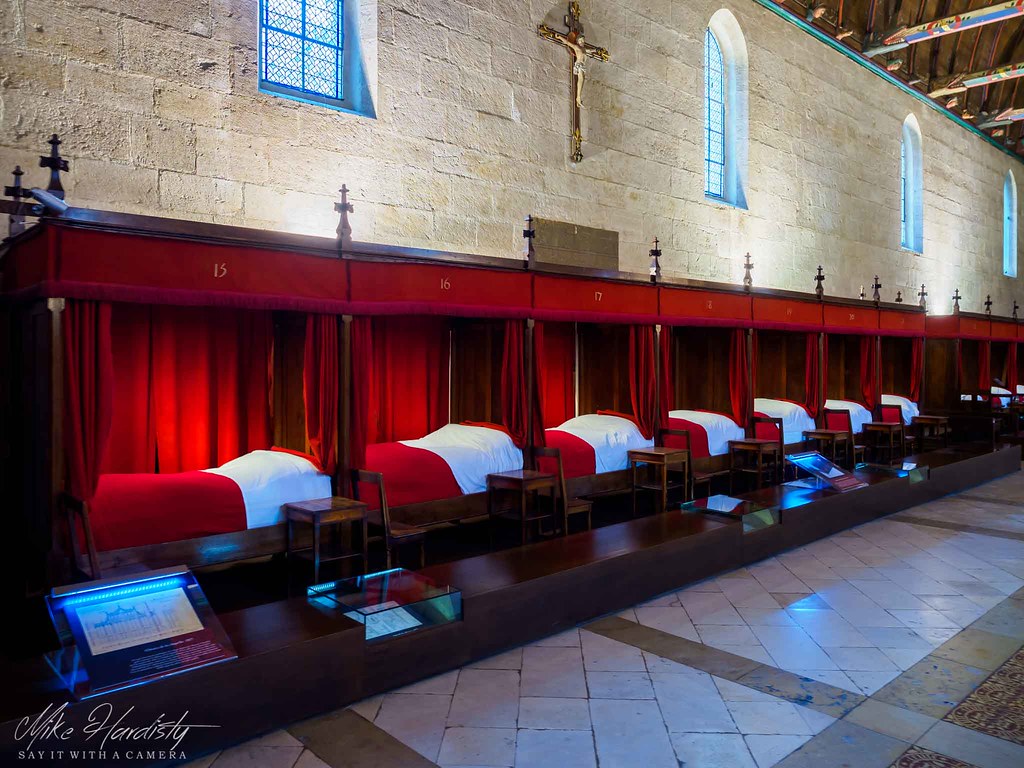 So I finally had a stunning plan. Jump ahead of that group and stay ahead of them whilst I got my photographs. there were other people about but I could work around that. meanwhile I’m impressed with the level of fittings that are here in the museum, even down to the mannequins dressed as nuns. Although more on that later…… 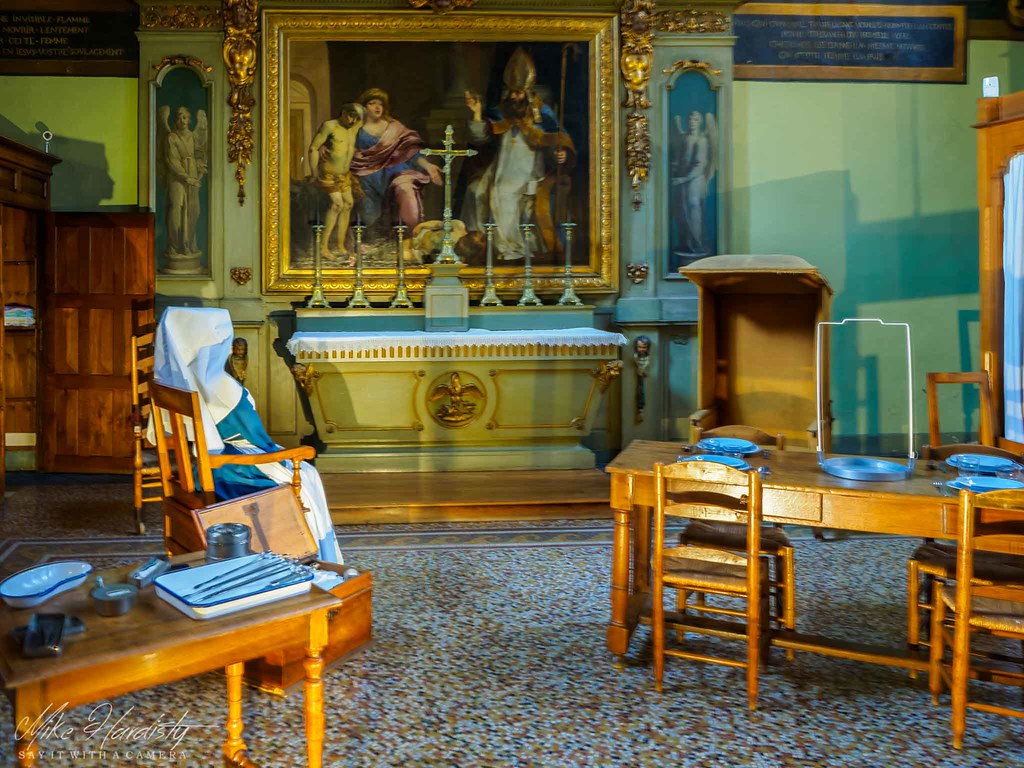 ….and here’s where I think the mannequin doesn’t work. Red lipstick, beautifully shaped eye-brows, any nuns I’ve seen, and I’ve seen loads, having once lived very near Rome and the Vatican, just didn’t look like that. 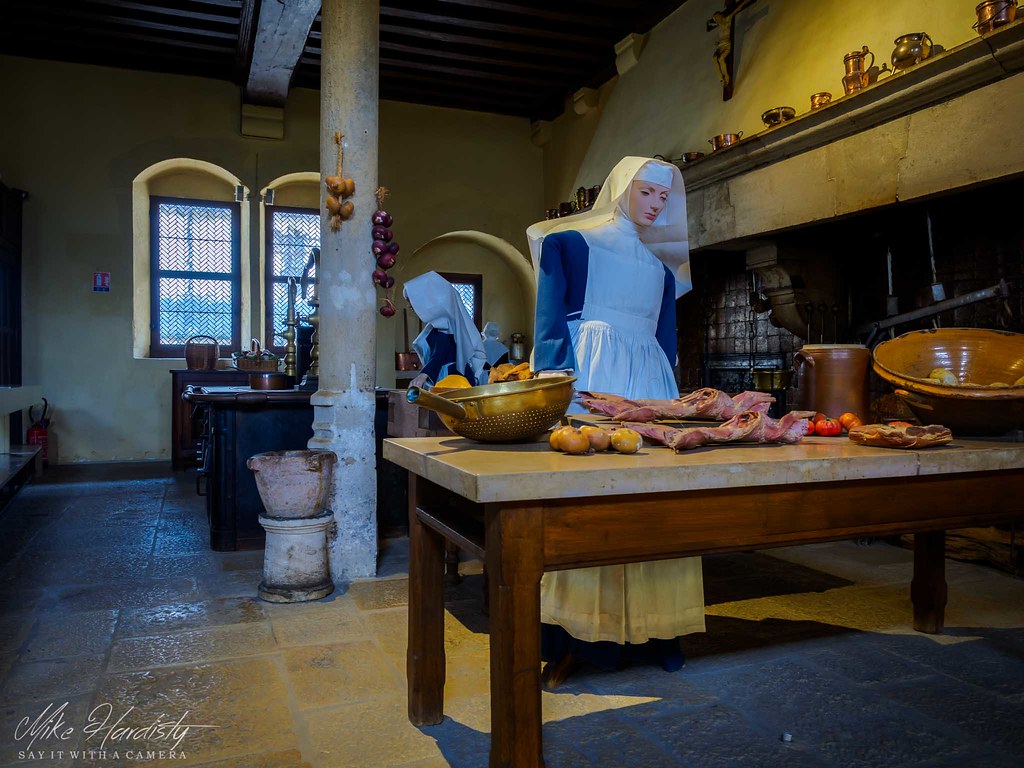 But the museum is well equipped and although I photographed a lot of rooms there’s only so much I can include here. Which takes me to the Apothecary. I could spend time in Photoshop cloning out the ropes and the sign with the number but I wanted to get this post out. Besides which you get to see the room as I did and that’s how it should be. 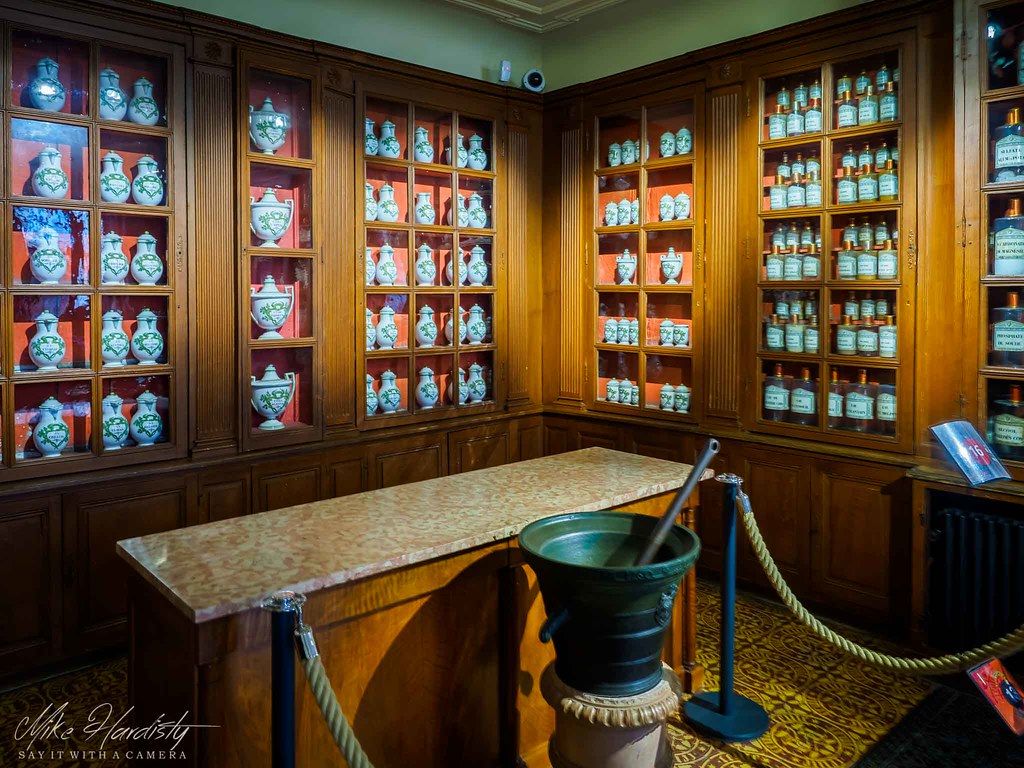 Anyway after a while I left the Hotel Dieu and went for a wander around Beaune. Such a nice little town, Narrow cobbled streets to walk around, not too much traffic and a lot of building associated with the wine industry, including a free museum you can walk around. 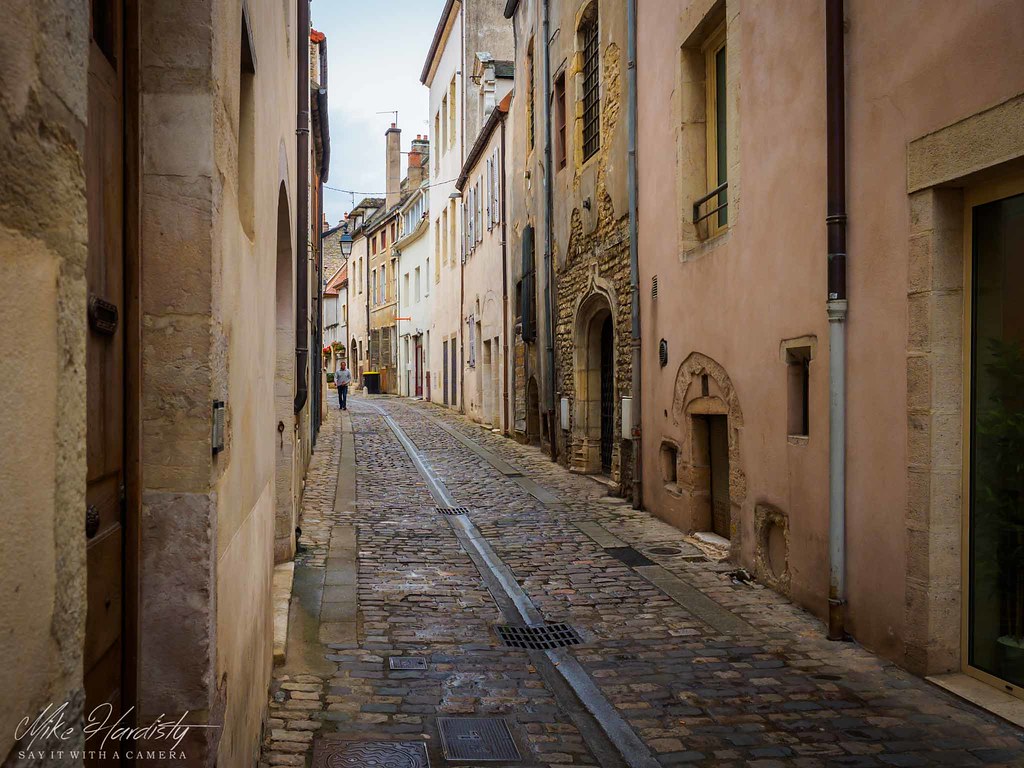 And of course, there’s always a church. As I had time to spare. I had a quick wander around 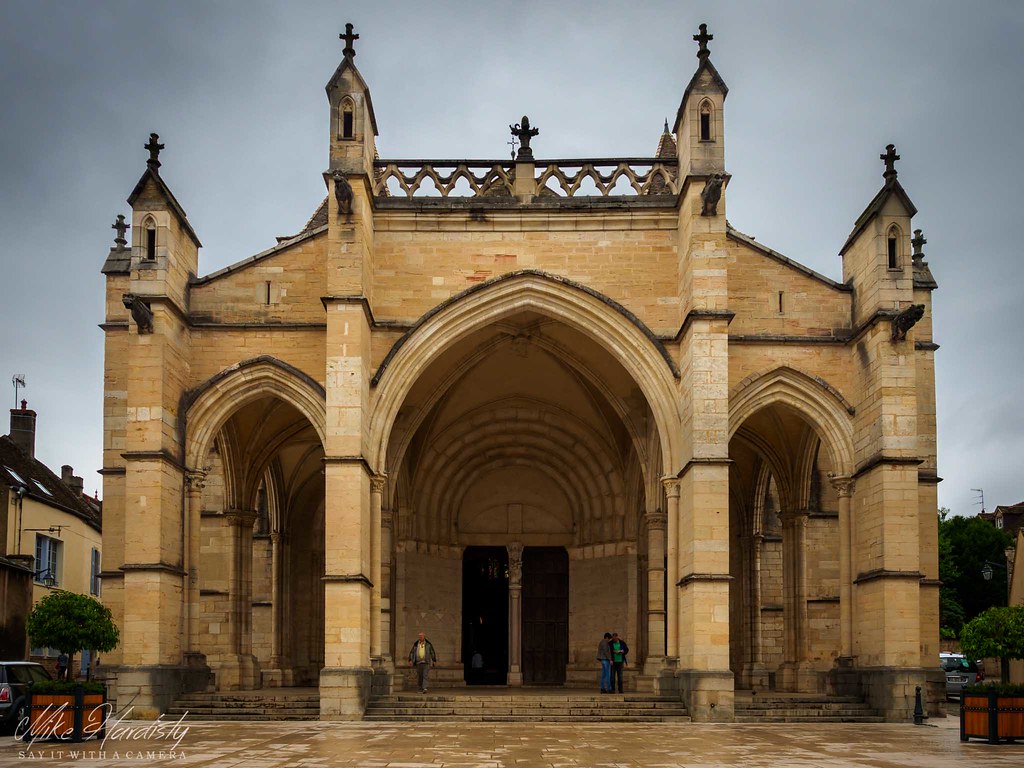 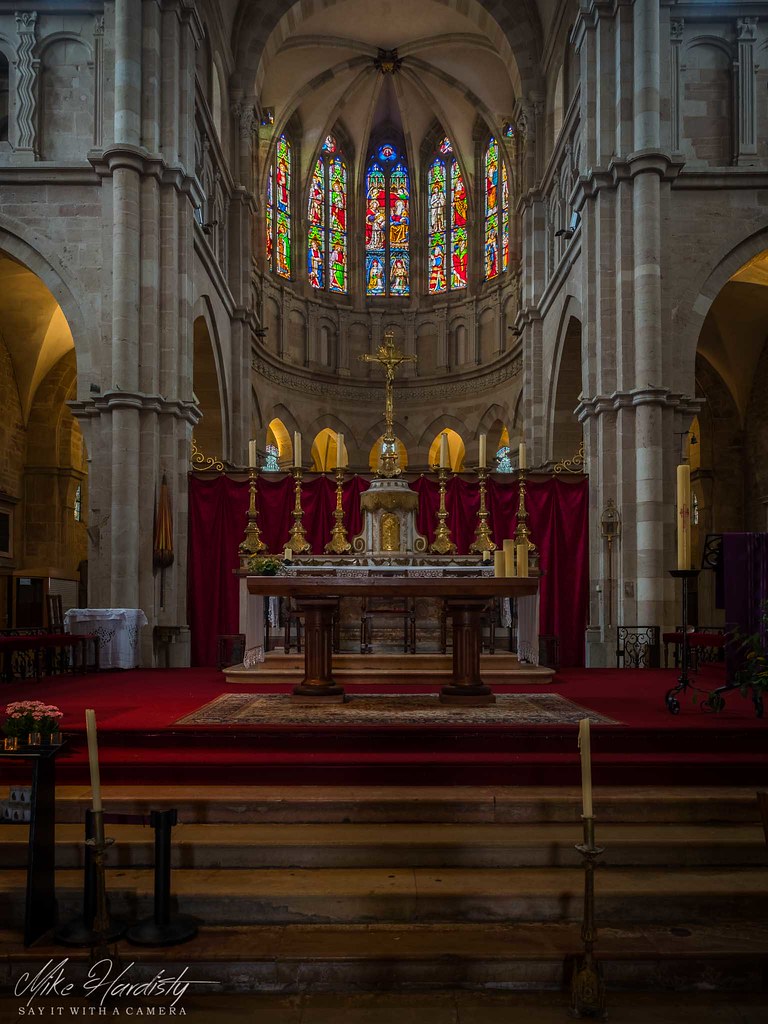 Like most French churches, there are lots of private chapels, some very ornate, some quite simple. 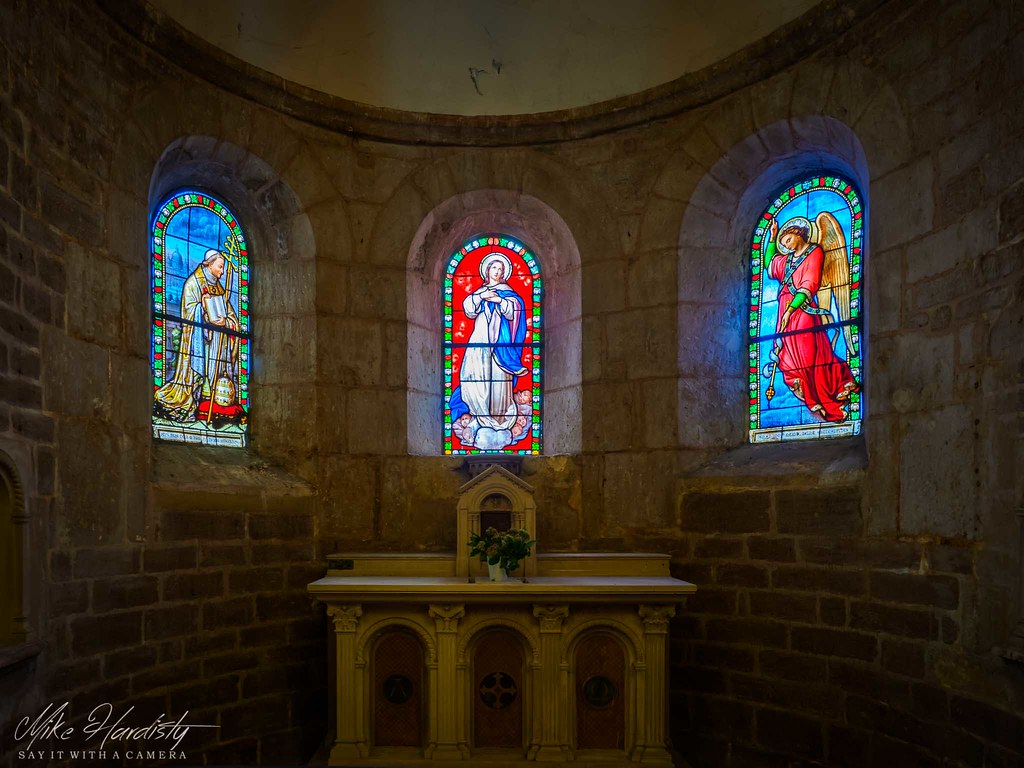 Well that’s it. I hope you enjoyed this quick tour with me – Mike