If I were to ask you who was Joseph Nicephore Niepce was you’d more than likely, like me say “Who”. Yet as photographers we should know his name and sing his praises. Why? Because good old Joseph was the man who first invented photography. Maybe not as we know it today,  but what Niepce did was to lay down the foundations for modern photography. Using a technique called heliography Niepce created a photographic process by making a print from a photengraved printing plate in 1825. 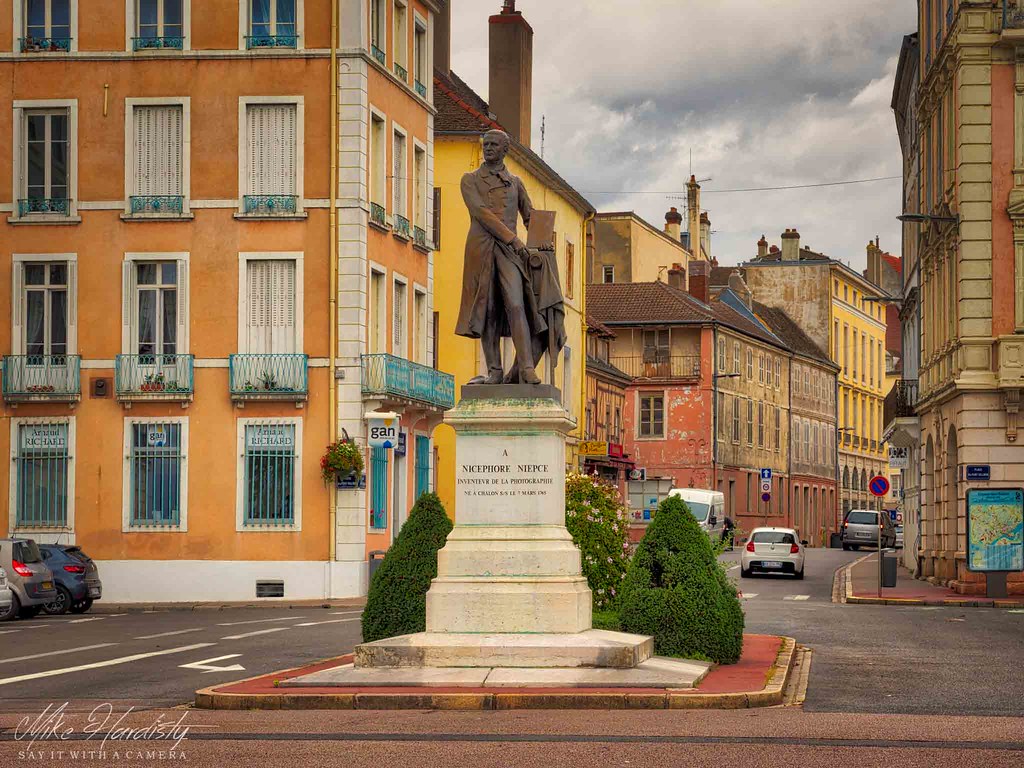 And so on to today and modern photography. How things have changed. Digital is the new medium. Modern cameras can be extremely complicated but ridiculously small compared to the early days of photography. Come with me on a short journey through the Museum of Photography in Chalon-sur- Saone, the birthplace of Joseph Nicephore Niepce. I should say at this point that most of the exhibits, descriptions were in French only, the museum was extremely hot and not very well-lit. I wasn’t allowed to use a tripod, either.

The journey through the museum starts with early examples of cameras and equipment. As you would expect, all of these exhibits are in glass cases, meaning that the reflections from lights around the room and even myself are shown in the glass. I did manage to get around most of these problems by reducing the highlights and using the dehaze slider and making it positive in Lightroom. Not too heavy, just enough to take out some of the glare and reflections 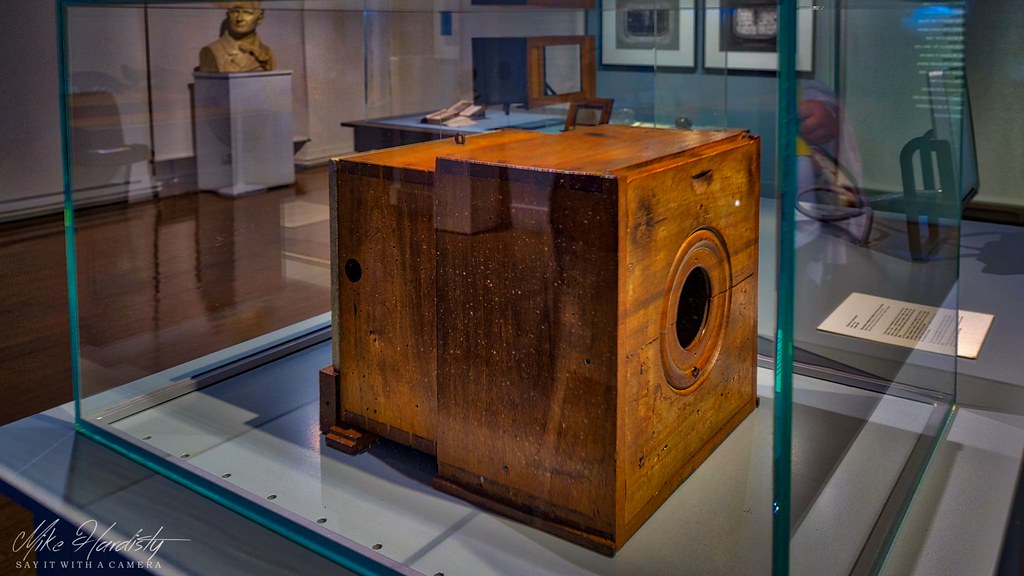 It’s just a wooden box but look at the brass work, it’s a thing of beauty and precision mechanical engineering. 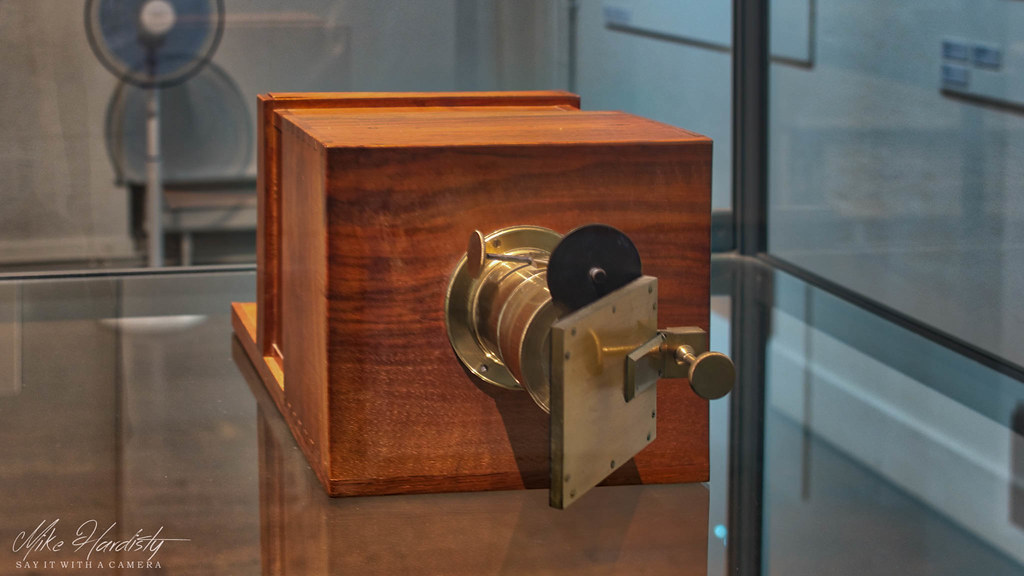 Of course, early photography used chemicals, some of them quite nasty, and lots of them to get the final results. 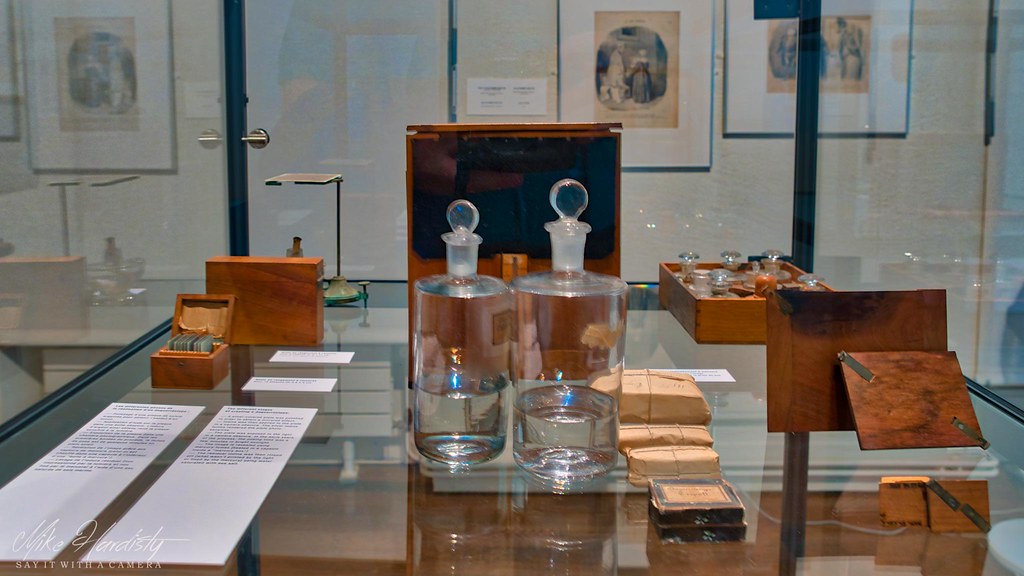 I loved this door, small windows,  with lots of examples of early photographs. Of course nowadays with modern software we can simulate some of those early style of photographs. 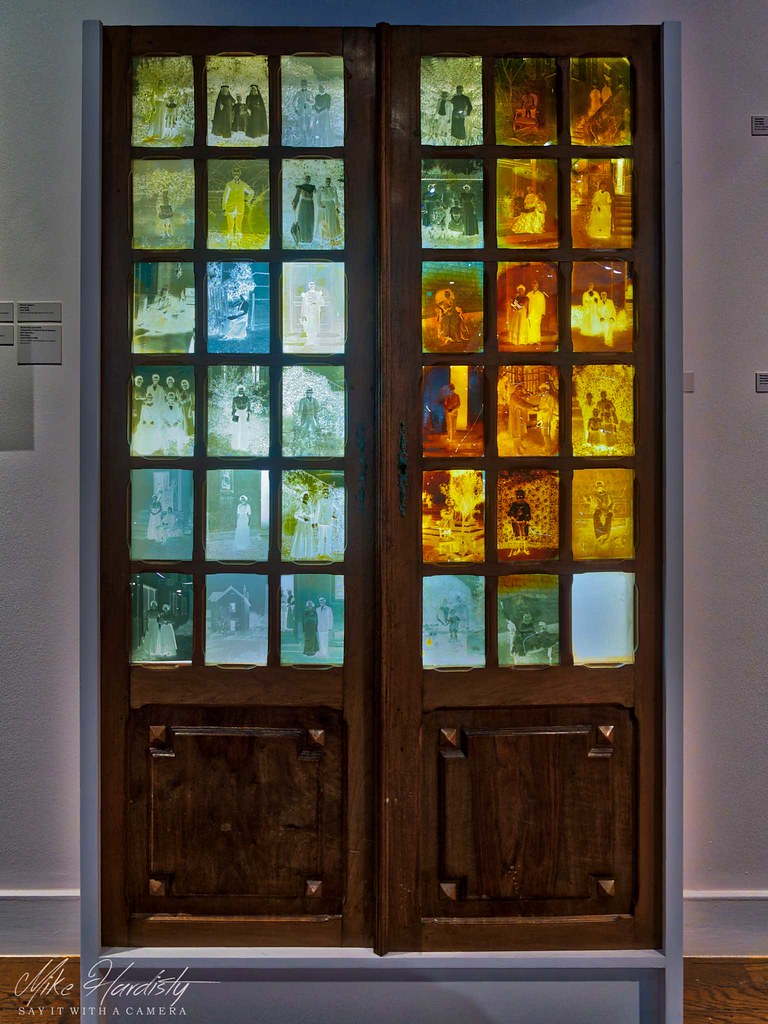 Moving through the museum, did I mention it was really hot, we come to a more modern era. We’ve moved a way from single plates to rolls of film as this advert for Agfa film shows 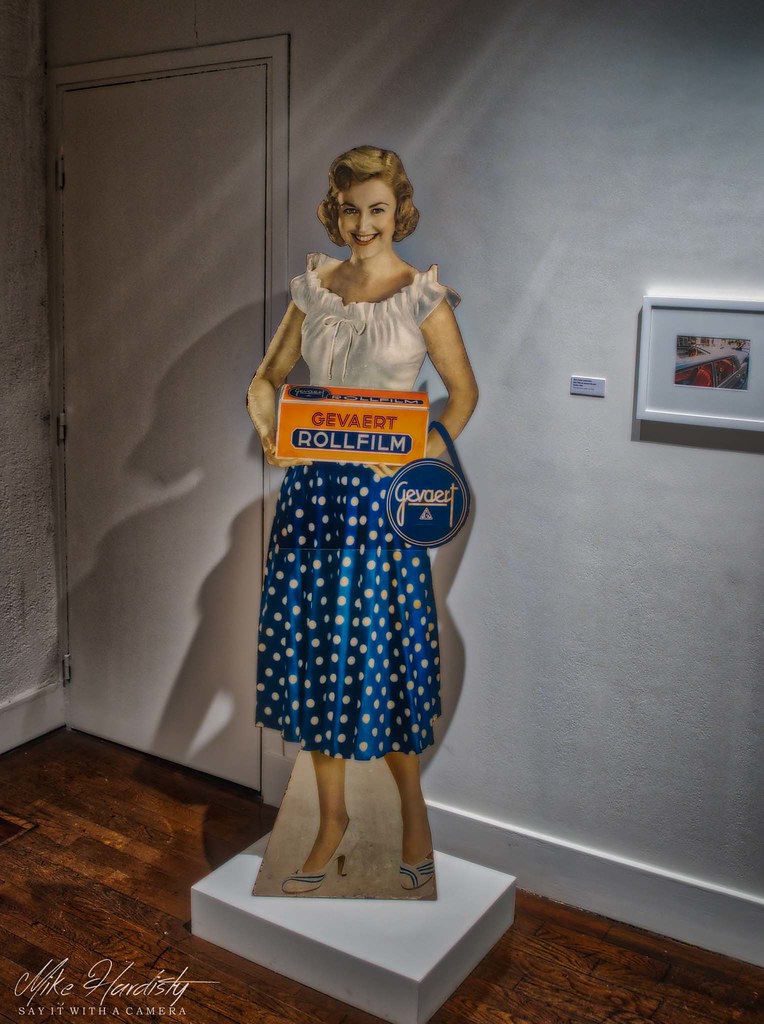 Equipment has moved on as well, cameras are much smaller and developing film is not as messy. Chemicals are still involved, though. 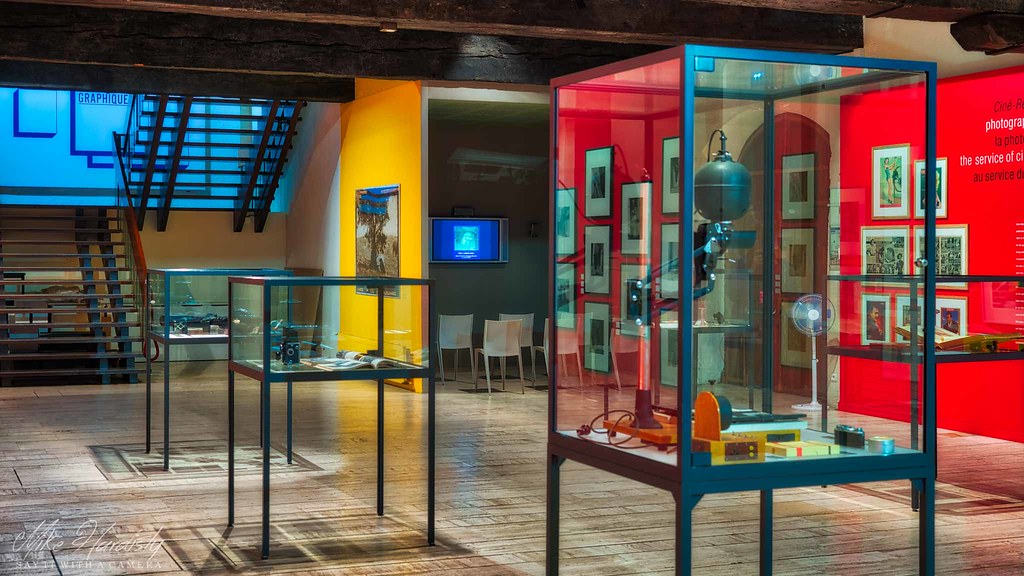 Now we are starting to move into the Kodak zone, as I call it. In 1962 the Eastman Kodak Company established a production plant in Chalon-sur-Saone. At it’s peak the factory employed about 2500 employees mainly specialising in the manufacture of photo-sensitive surfaces used for consumer photos, cinefilm for the cinema and products used in medical radio.

But then in 2004, with the accelerated arrival of digital products, particularly in consumer photography, Eastman Kodak announced major cuts to the group and workforce. Then began a period of intense layoffs cutting the workforce and by 2006 there are only about 100 employees on the site. This was later cut to about thirty and by 2010 there is no one working for Kodak. 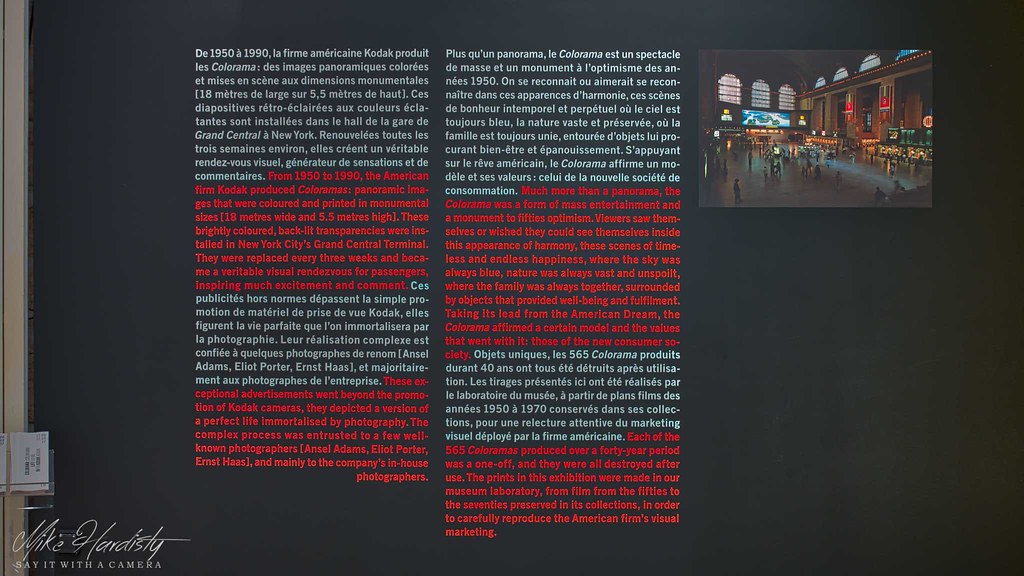 You know I’m really impressed with the photograph above, or should I say my camera, the Olympus OM-D E-M1 Mark 2 and the 12-40mm Olympus PRO lens. This is hand-held at 1/15 second in a darkish sort of room. The in-body stabilisation has kicked in to give me a reasonably sharp  focused photograph. 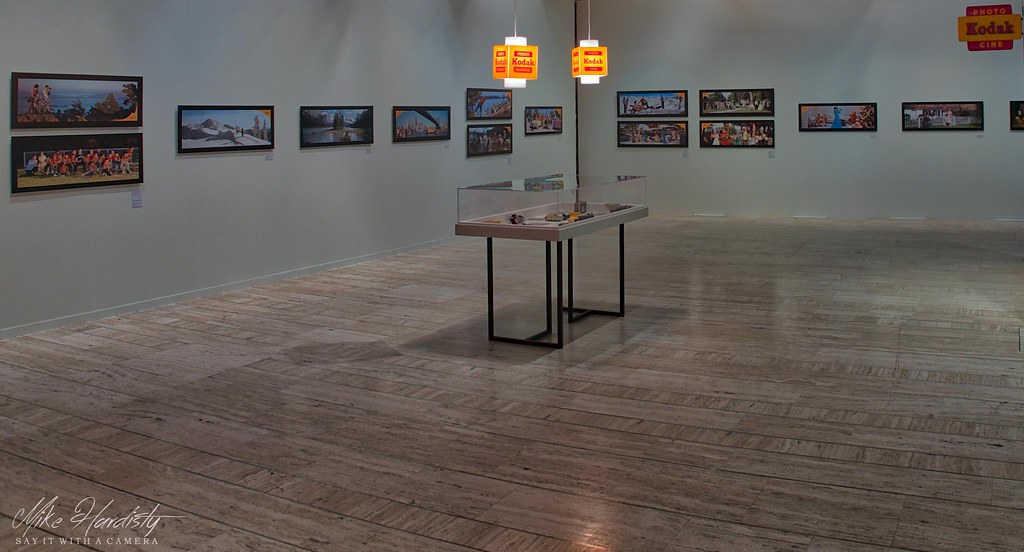 One of the Kodak Coloramas projected onto the wall. I really liked being in this room, looking at all of the photographs and the good bit. I had the place to myself. 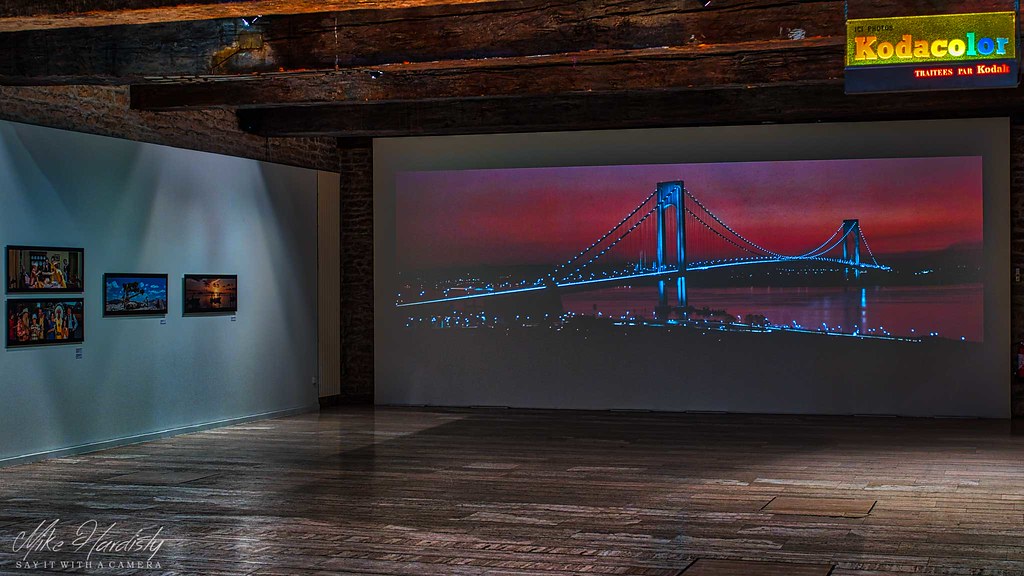 Last photograph and you can see another projected photograph of the Taj Mahal in the background. 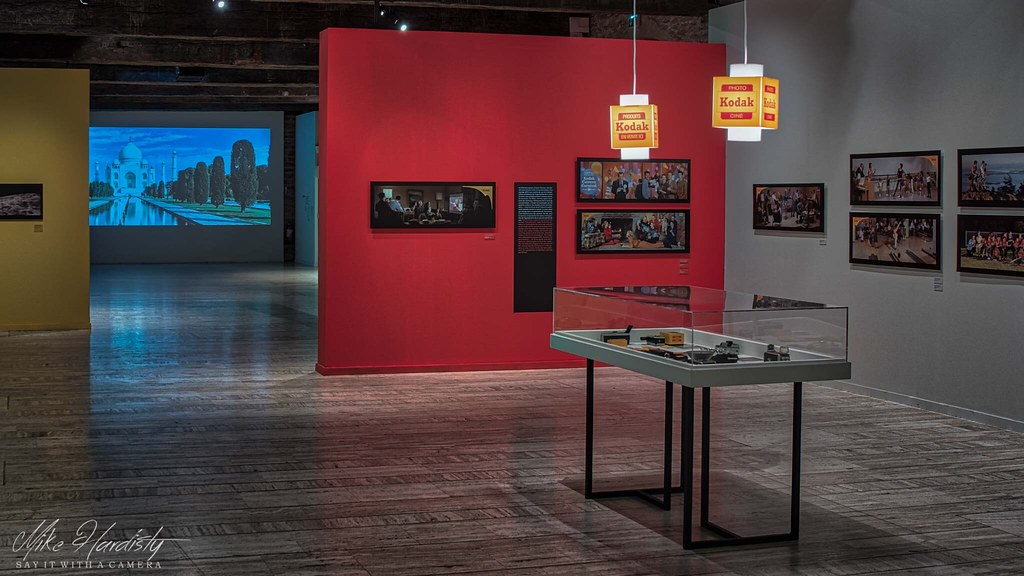 I spent hours in the museum, looking at the exhibits and taking loads of photographs. Best of all it was free entry, if only it wasn’t so hot. But you can’t have it all so I’m grateful that I was able to visit the museum.

17 thoughts on “A Museum For Photography–Let Me In”