Last weekend I was in Liverpool for a street photography walk organised by the guys from Shoot Mirrorless. This walk was different as it took me to parts of Liverpool I’d never been before. So let’s get on with the photographs. After all that’s what you’re here to see…I hope. Oh! I should mention the walk was around an area where there is a lot of street art, so you won’t see, apart from one photograph, any people this week.

And this is the one. I saw these guys working and with a simple gesture to my camera and a smile they were happy for me to take a photograph. For privacy reasons I have blurred the registration number of the vehicle they are washing. 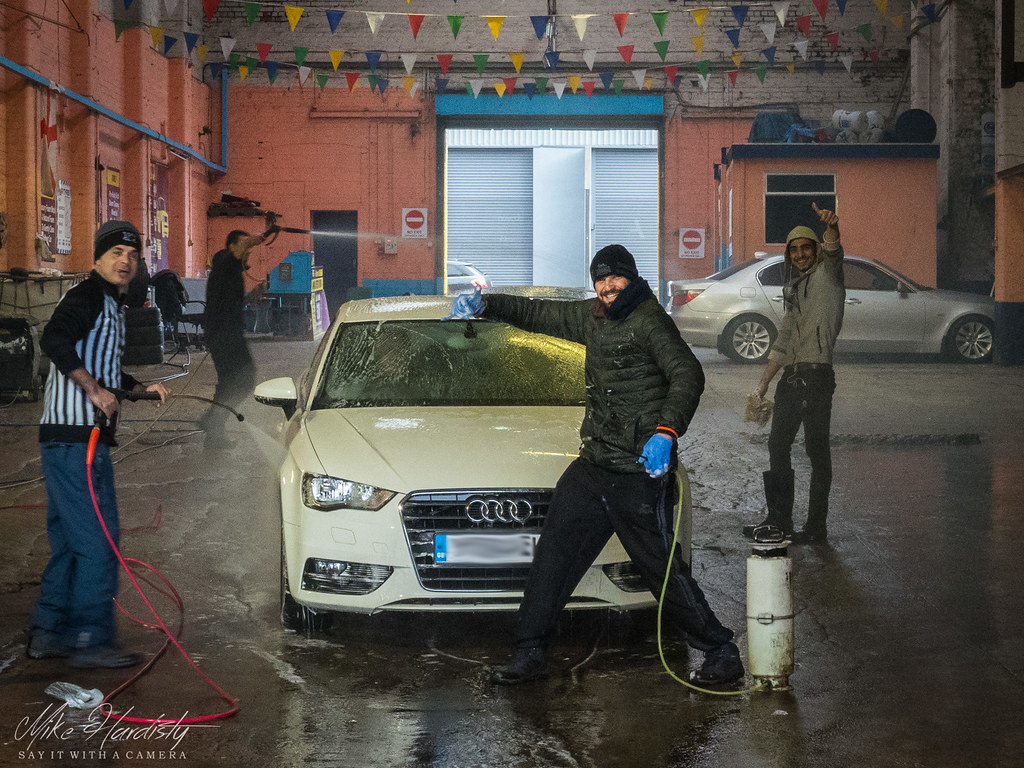 On the streets there is an amazing amount of art. Some people would call it graffiti. What do you think, graffiti or art? 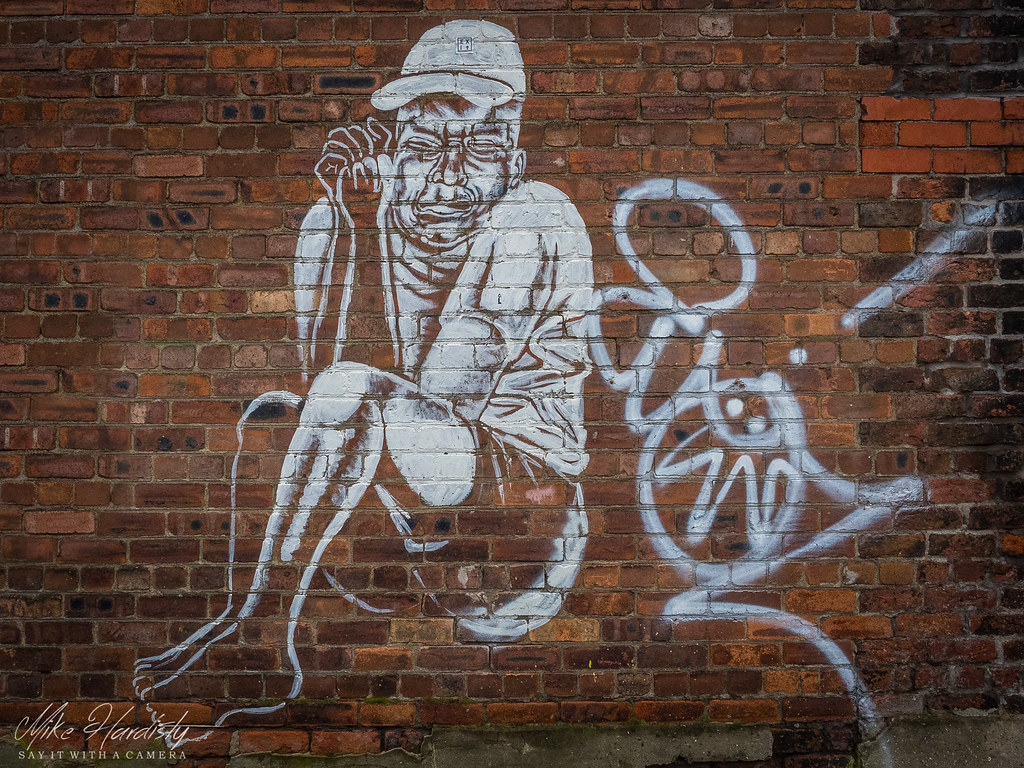 Between the wall and the pavement, sidewalk for my American readers, there are a series of these little paintings that you can see below.  They stretch for some distance along the street with a little figure appearing every so often. 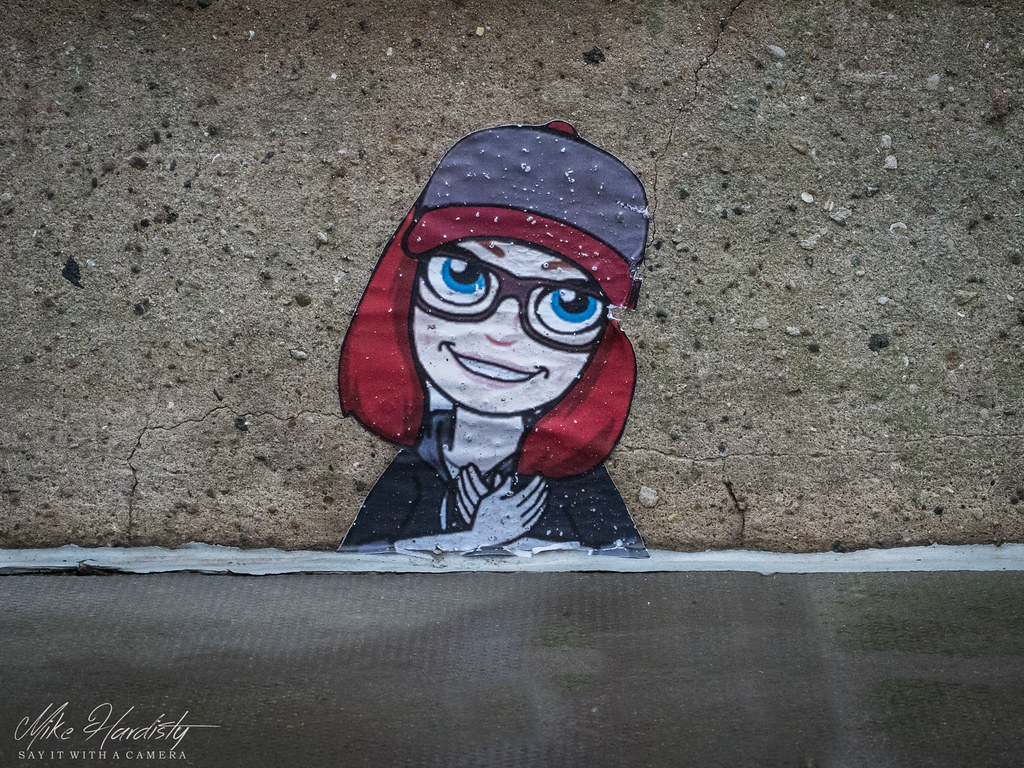 I think everyone must have heard of Banksy, but if not here’s a link. Go read for yourself. 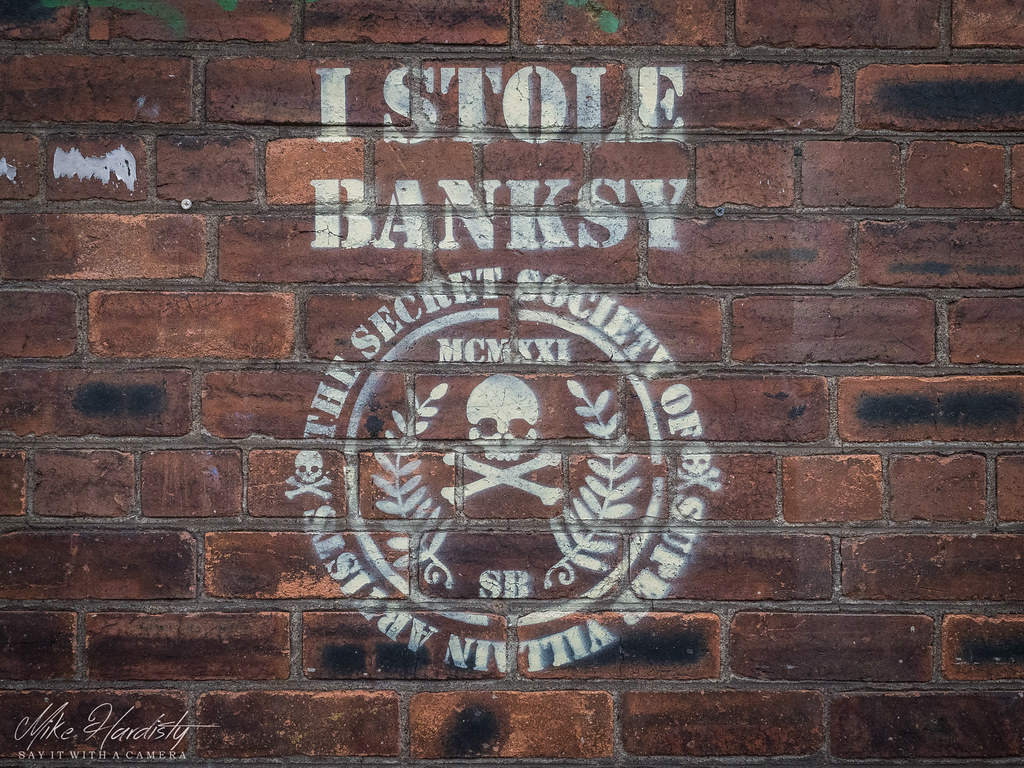 I love this one. It’s one of a series that I found when we were walking around the streets in the Baltic Triangle 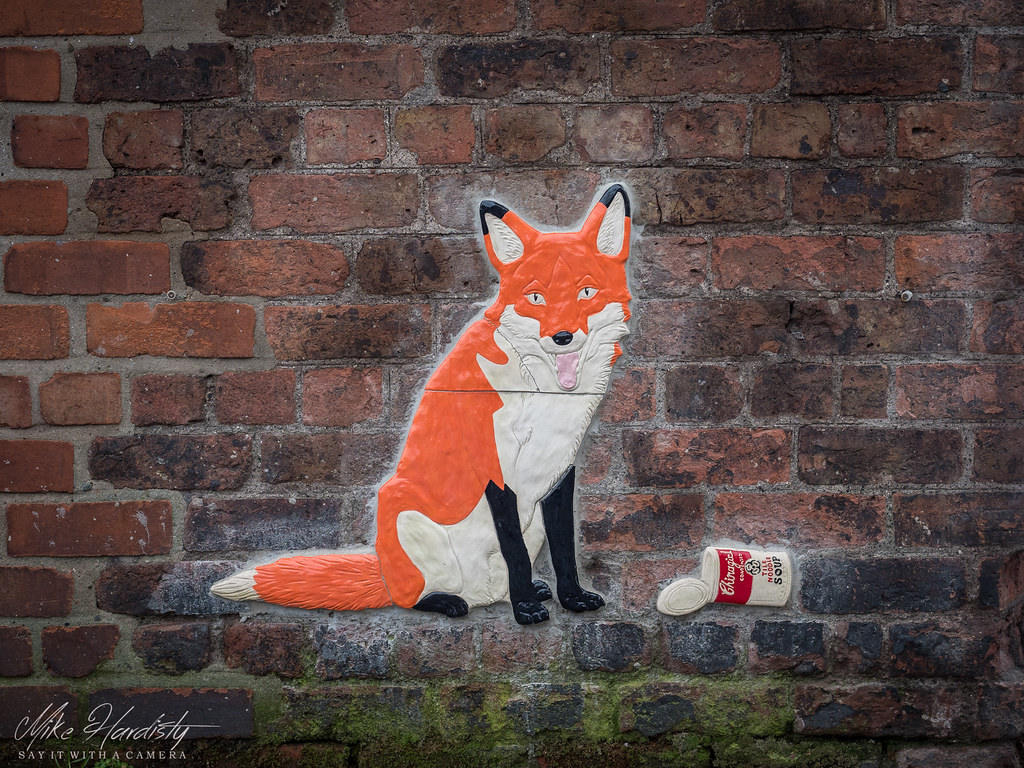 The Hobo Bazaar, now that sound interesting, but where is it. 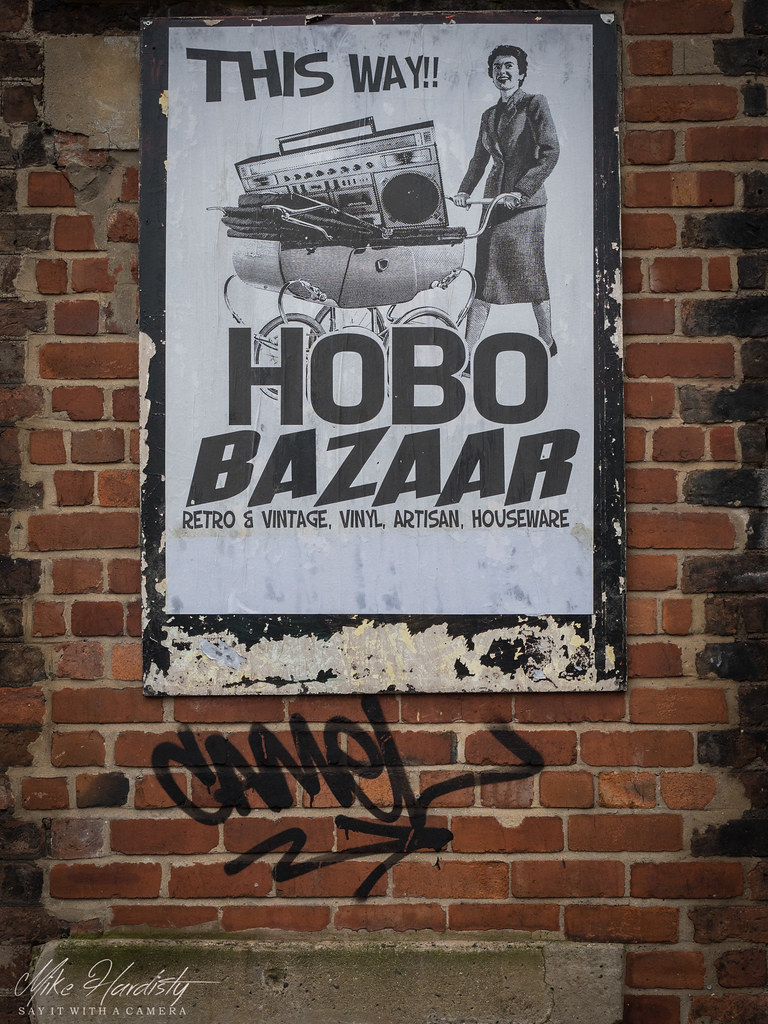 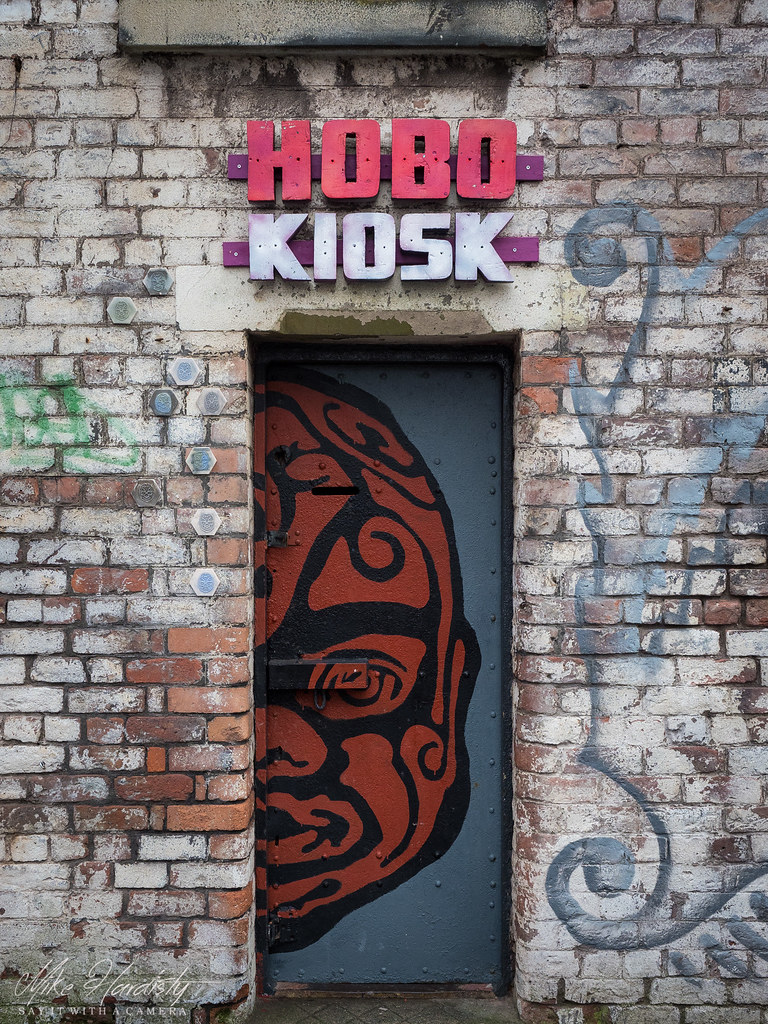 I love this one. But there’s always someone who wants to ruin the scene with that odd bit of rubbish spray painting to the right of the artwork.

Another reference to Banksy and there’s one of those little ladies just below. 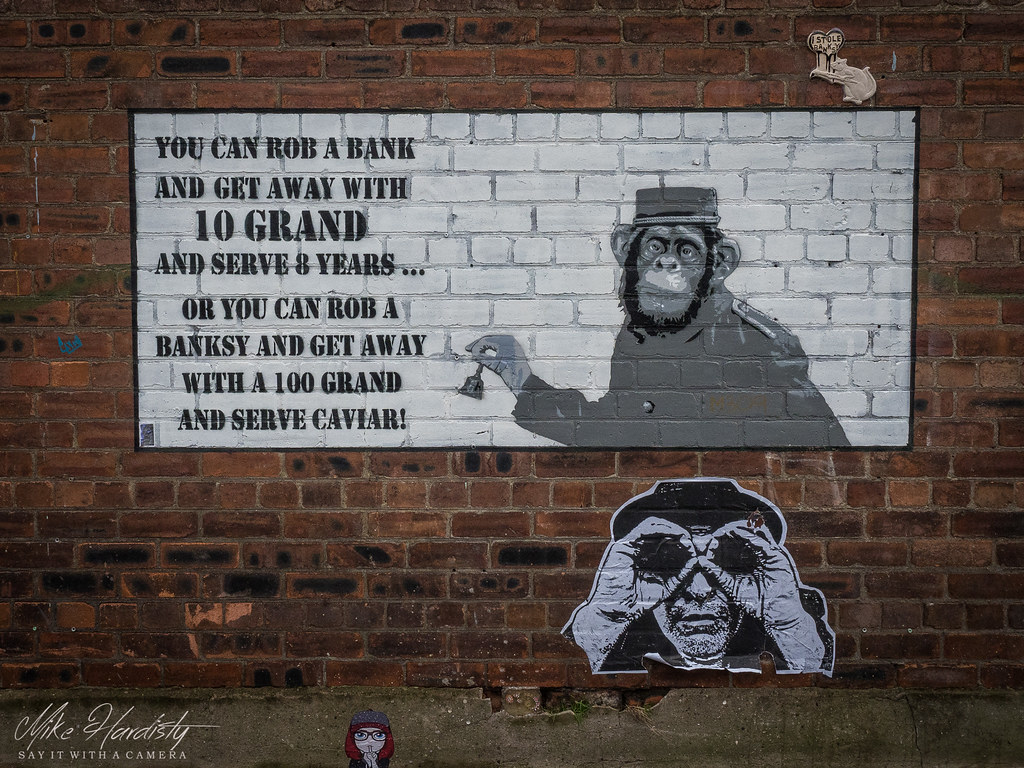 Well that’s it for this week. I hope you enjoyed the photographs. I don’t feel as though I spent enough time in the Baltic Triangle so it’s somewhere I’d like to revisit with my camera.