So much to do, so little time. In the run up to Christmas I’ve been kept busy by “She Who Must Be Obeyed” doing all sorts of things. Not had much time for photography, but anyway the weather hasn’t been that great. Planned trip to Cwm Idwal, cancelled, heavy snow. Planned trip to the Wirral, cancelled whilst I was on the road there, dark grey skies, followed by heavy torrential rain, Just not worth going out. Finally a glorious winters day, Some sun, a bit of cloud, some blue skies. “Remember you said we would do this today……”. Never forgets anything. So here we are. It’s Christmas week, I’ve been out five hours around the shops, how many times do you need to go back and look at that “special item”; I’ve finally managed to sit down and take a break and starting answering some of the emails that have been piling up as well as write this post.

So anyway to this weeks challenge. I’m going back in time with this one to when we had predictions of real stormy seas off the coast. At first it didn’t look too bad but as the incoming tide swept in, boosted by off-shore winds it was obvious that the waves were going to get higher and higher. 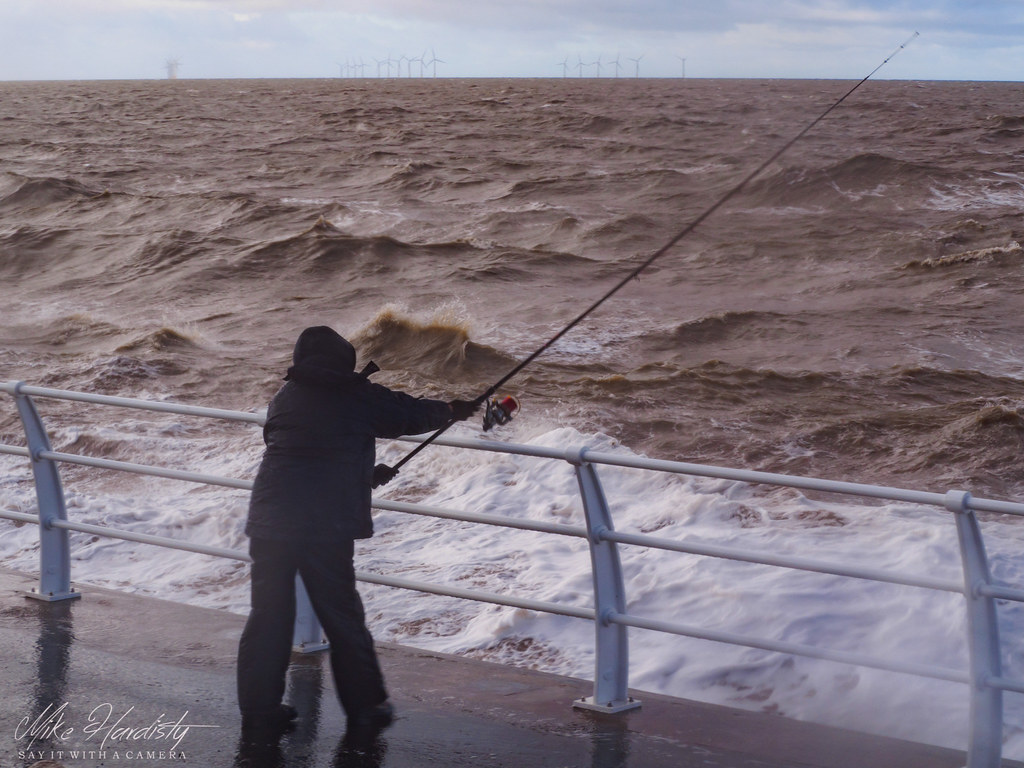 Along the sea-front the wall is designed to break up the waves, which makes for some very interesting formations. 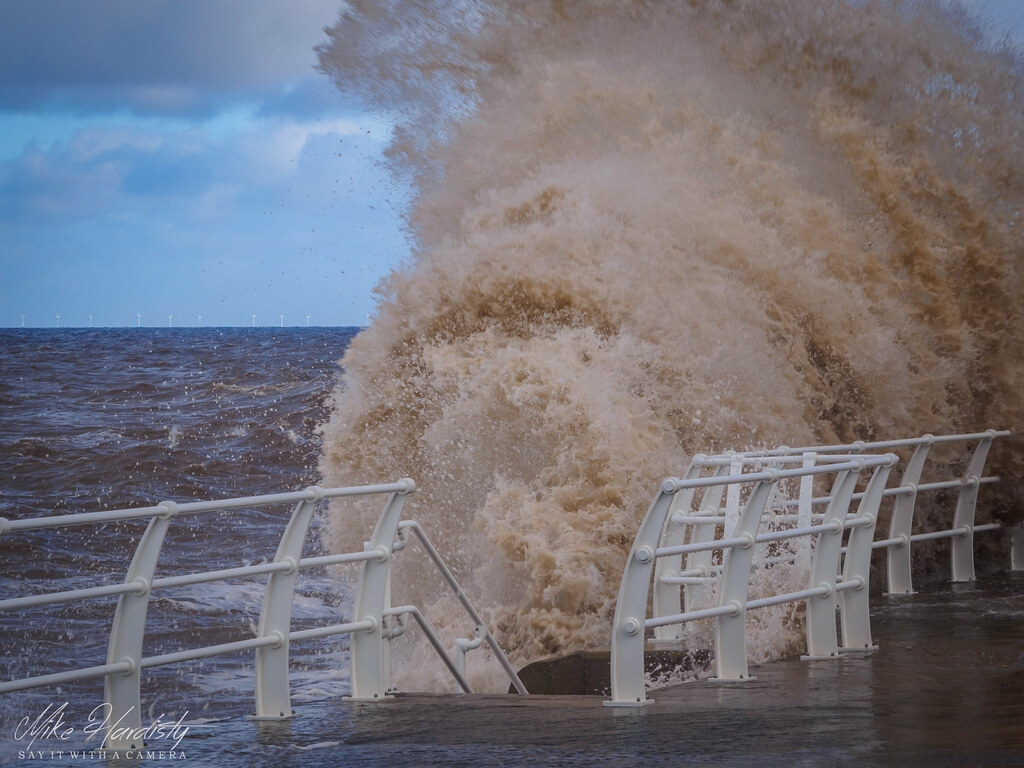 A normal person sees a storm, thinks help and runs away
A photographer sees that storm, and runs the other way
Off into the cold they go, the wind, the rain and more
To capture pics no matter what, of all the things they saw
Watching all the huge waves crashing, defiantly they stand
Looking out from beneath the pier, with camera in hand
Why do we do such stupid things, like photograph the snow
We can’t resist to get that pic, so off we always go
We see the world through rule of thirds, and many shades of grey
The search to get the perfect shot, continues every day
– Dean Thorpe – The poem: “The photographer” by Dean Thorpe 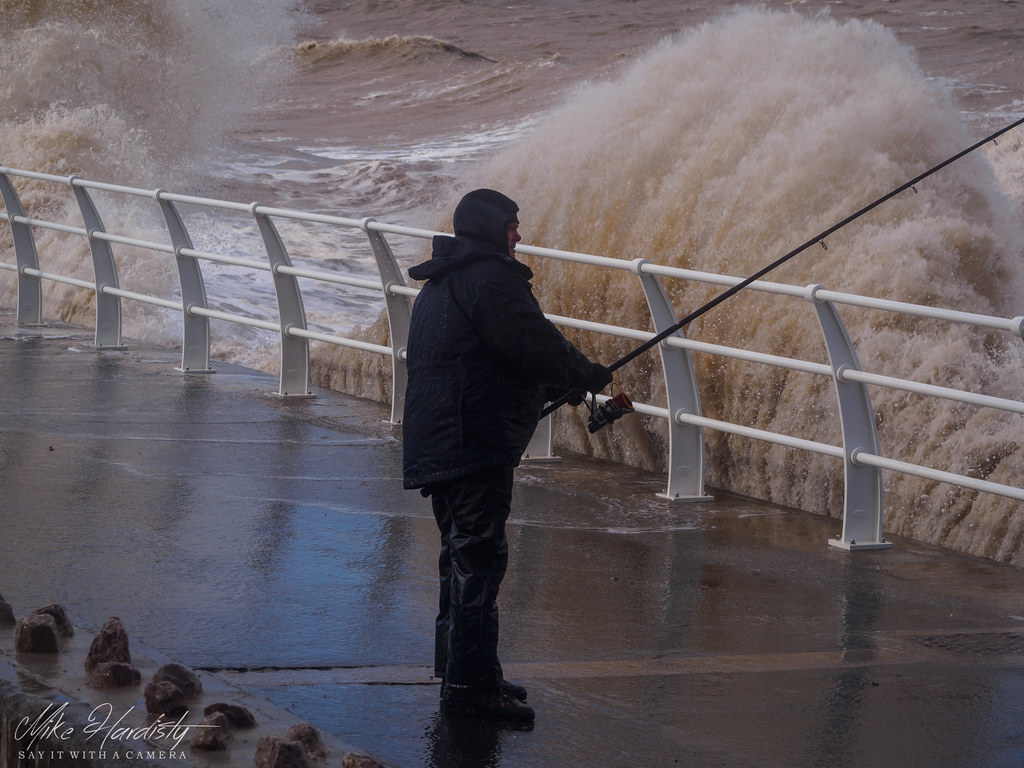 The guys who fish off the promenade are sort of like the photographers who chase the storm. Whenever it’s predicted for stormy seas you will see them there. To be hones they’re always there, either fishing on the tide line, and slowly walking back up the beach as the t tide comes in. Or else they’re on the promenade. One thing though, no matter what the weather, you’ll find them there. Although most know when to pack up and get to safety if the waves get too strong.

I’d been talking to this guy, taking the odd photograph, up until the seas got a bit strong. At that point I decided discretion was the better part of valour and retreated further up the embankment. Although my camera is weather-proof I still think salt water spray can do a lot of damage, if you forget to clean it when you get home. Anyway I switched to a telephoto lens and continued taking some photographs. Then this big wave came in, most of it broke up on the sea wall, but you can see how far it came up. My fisherman man managed to keep his footing, but talking to him afterwards he said it was touch and go. It was his time to practice a bit of discretion and he packed up just after that. 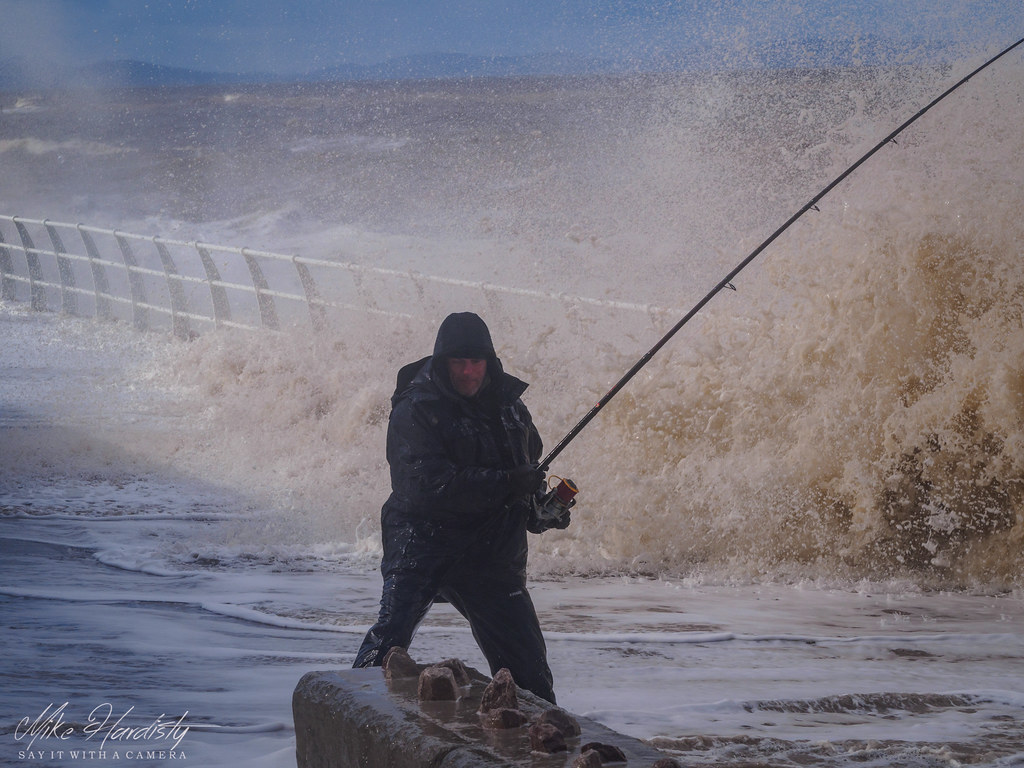 So that’s it for this week. I hope you enjoyed the photographs