I thought my post the other day would be the last for this year, but here I am New Years Eve with another quick one. Yesterday wasn’t too bad weather wise so I decided to take my eldest son, home for the holidays, to show him some of the street art which can be found in the Baltic Triangle of Liverpool. Like me he’s a keen photographer, wildlife is his passion, though.

Some see street art as a public nuisance, others describe it as a political statement, yet more will say it’s an individuals way of expressing themselves. Whatever your view of street art I think it’s safe to say that it attracts attention with it’s colourful, graphic designs. We spent a good 4-5 hours and covered just over 7 km walking around the Baltic Triangle, photographing the various artworks. I’m only going to show a few here as we need to start prepping for New Year. Hey! I’m a Scotsman. It’s an important time of the year for me.

I really do recommend that you click on this first photograph to see it in greater detail on Flickr. It’s made of from a series of photographs stitched together to form a panorama. It’s on the wall of a night-club.

One of the great things I have found, as soon as you get of the main roads and turn down the side streets, there is very little traffic. So you can stand in the middle of the road and take time to compose your photograph.

Colourful to say the least. I could have included so many photographs from yesterdays trip but time is running out….. 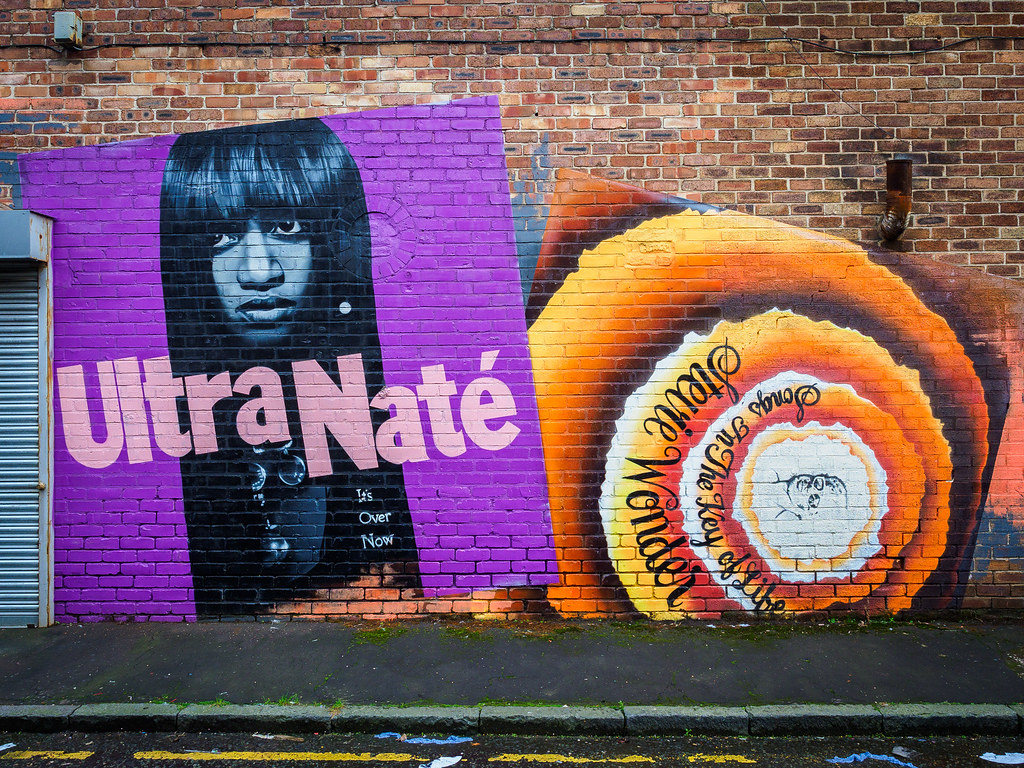 ……..and here’s the downside. I was at this abandoned skate park a few weeks back and I recognise that there has been some new artwork added. The other obvious clue is the spray cans left lying on the ground. 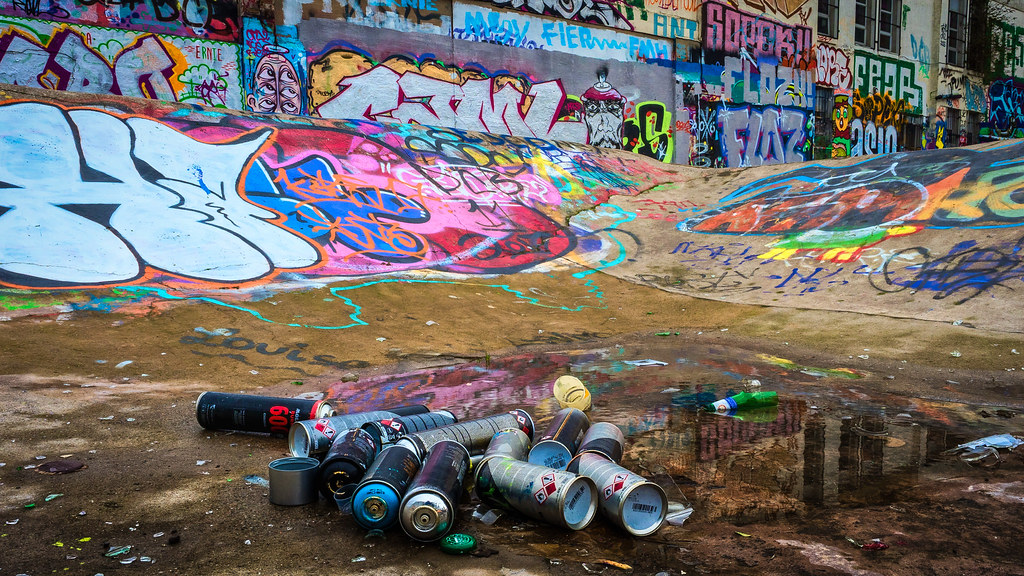 Well that’s it. An unexpected post but sometimes that’s the way it goes…..Mike