My first photograph of 2018 and it seems appropriate that it should be of the sea, seeing as I live in a coastal town. Today sees our coastline battered by Storm Eleanor and with higher than normal tides predicted Natural Resources Wales issued a Flood Warning for properties along the Beach Road. High tide today was around 11:30 and expected to be around 9 metres. But with the storm raising sea levels the tide level was expected to be 5.5 metres above this level.

First stop for me was Rhyl sea-front just along the coast. Because of the way the sea defences are shaped you can see some pretty spectacular wave action. 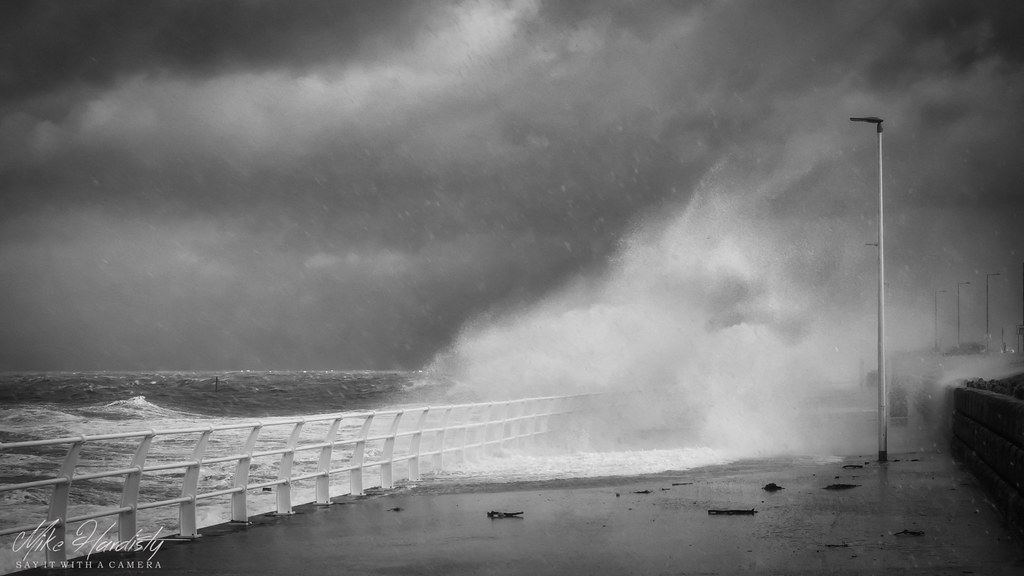 But it was my home town I was more worried about. There have been improvements to the sea defences in the last couple of years but with the Flood Warning in place there’s always the possibility the sea defences could be breached. I’m lucky. I live high enough that I doubt our house would be affected, but there are an awful lot of low-lying properties which rely on those defences.

And fortunately they have done their job, this time. It’s high tide, although the sea is surging now and again with some of the bigger waves, there is no need to close the flood  barriers which I’m standing just in front of. 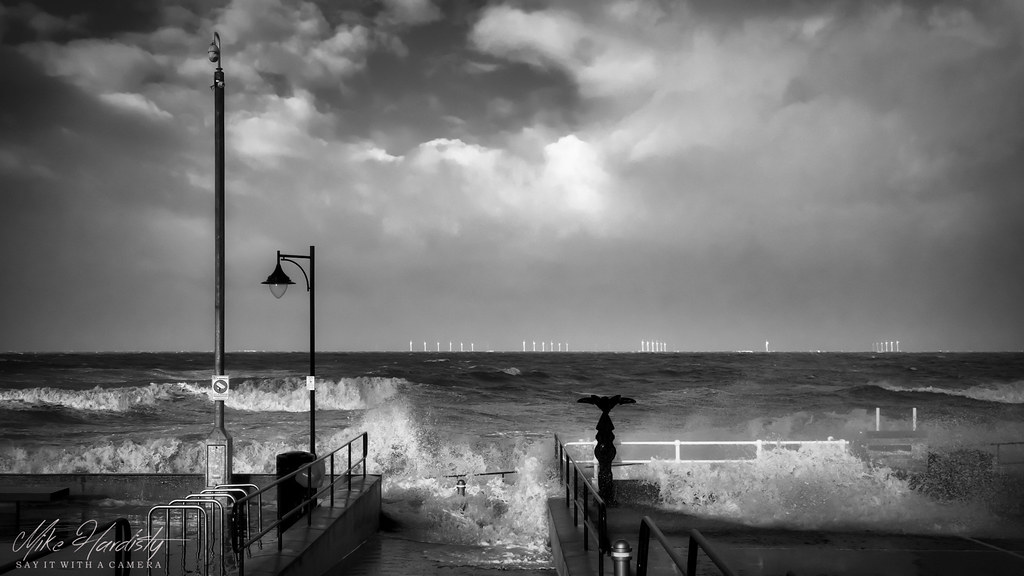 First post of 2018, here’s to many more and before I forget, A Happy New Year to you all.