Previously I have mentioned how I am so lucky to live very close to the Snowdonia National Park. Living on the coast I also have the added bonus of having nature reserves used by migrating birds right on my doorstep. So last night I went out to photograph a phenomena that not everyone gets to see…a starling murmuration. 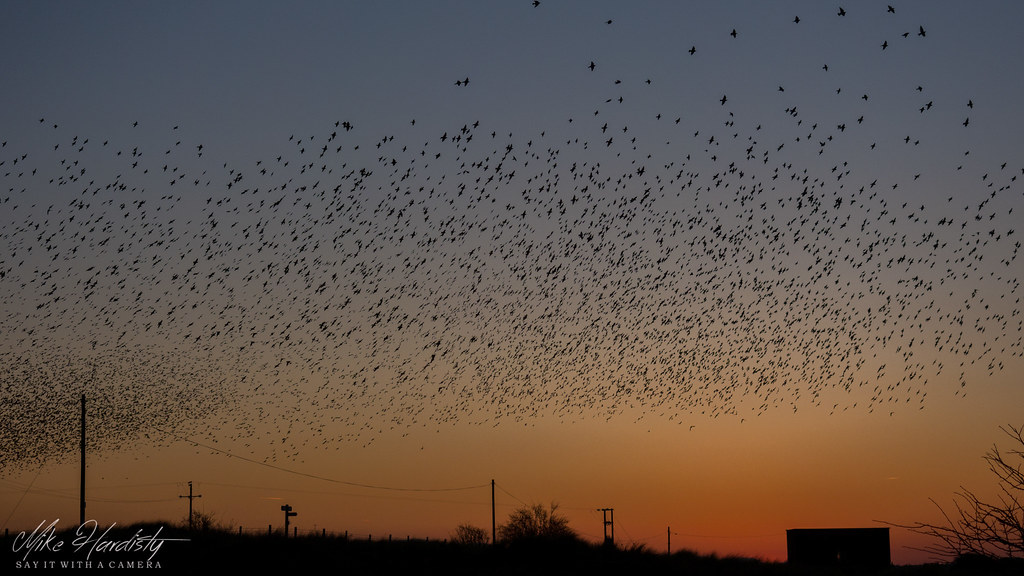 Each evening starlings from all around gather together to roost in the reed beds at Gronant Dunes. Slowly but surely they fly in, usually in small groups, from the countryside and towns where they have feeding during the day. 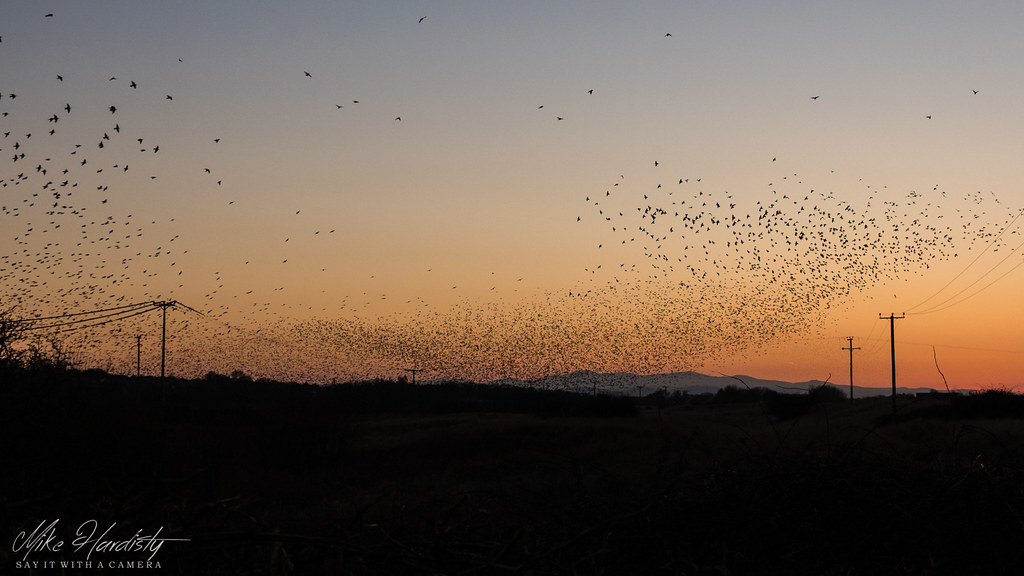 Those small groups start to become larger groups as they fly around waiting for other starlings to join in. Why do they do it? The thought is that grouping offers safety. It’s harder for predators like peregrine falcons to attack one bird when there is a flock of thousands. Safety in numbers as they say. 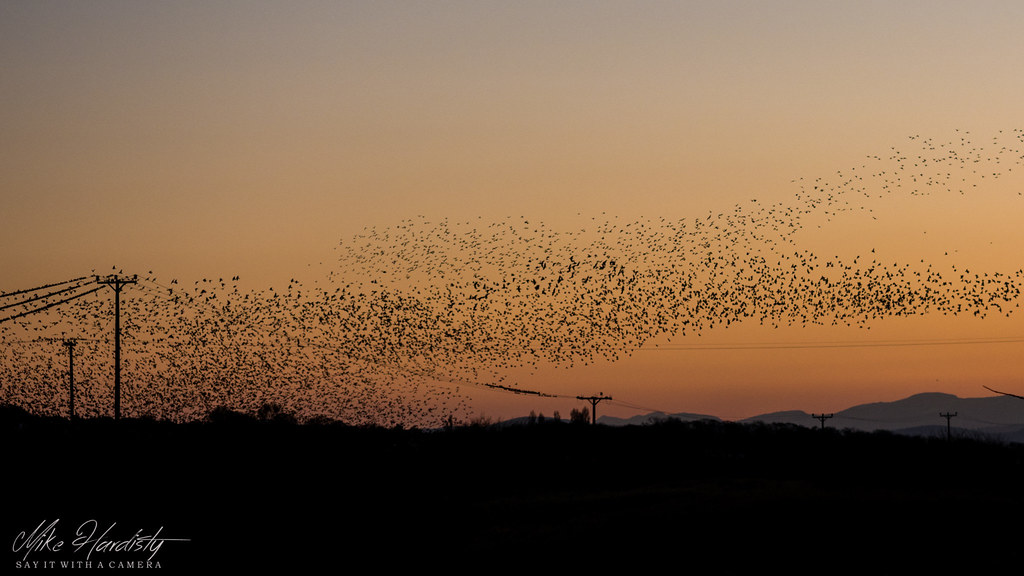 It’s also thought that the starlings communicate good feeding areas and by gathering in numbers it’s easier to keep warm during the night. 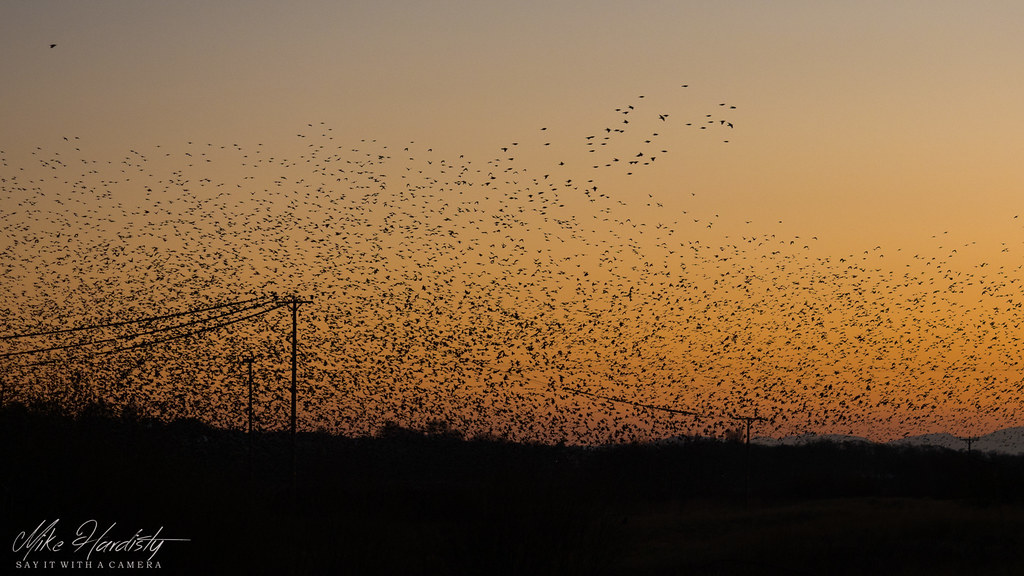 Slowly but surely more and more birds arrive and the sky is full of them. You can hear a sort of swishing sound as they fly about and the closer they get to you the noisier it becomes. “Take Cover……” 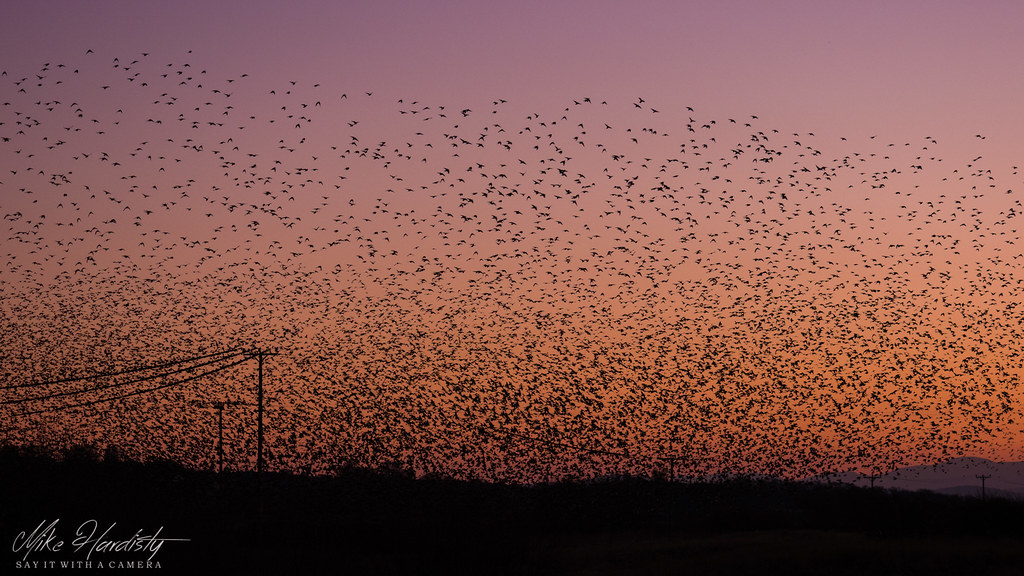 One thing I will say, don’t get underneath them. It can get extremely messy. 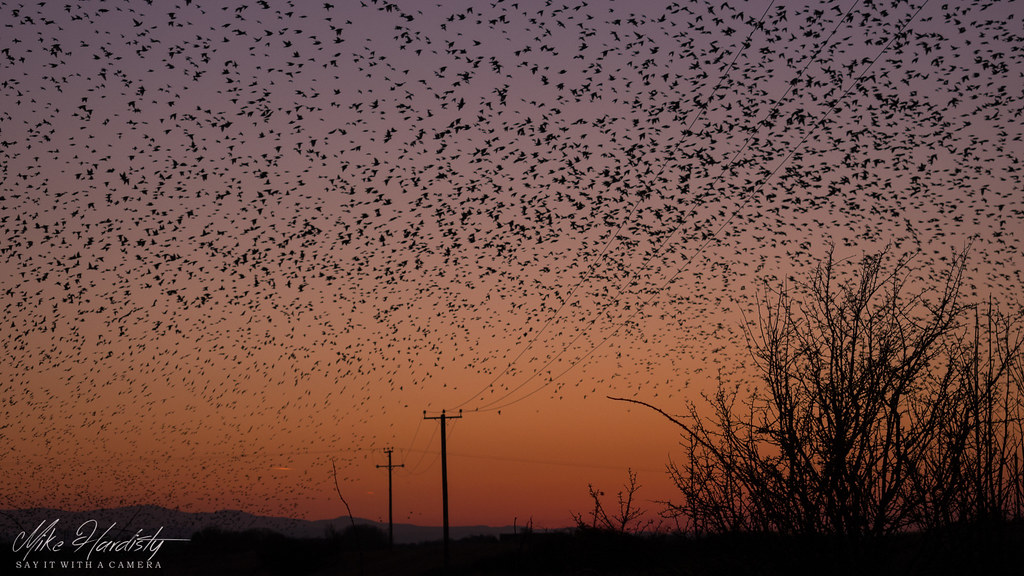 Eventually, when the group is large enough they head of to their night-time roosting areas in the reed beds 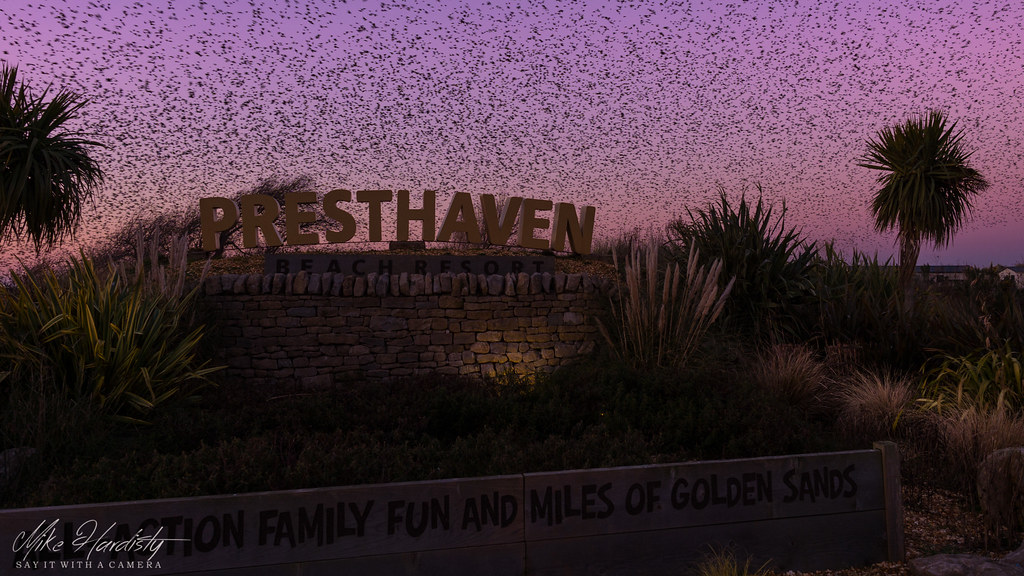 Just behind this caravan park are the dunes and the marshes, home for the starlings at night. And there they are. One last flourish and down they all settle. It’s pretty safe out there. The marsh has lots of water making it hard for predators to approach the starlings . 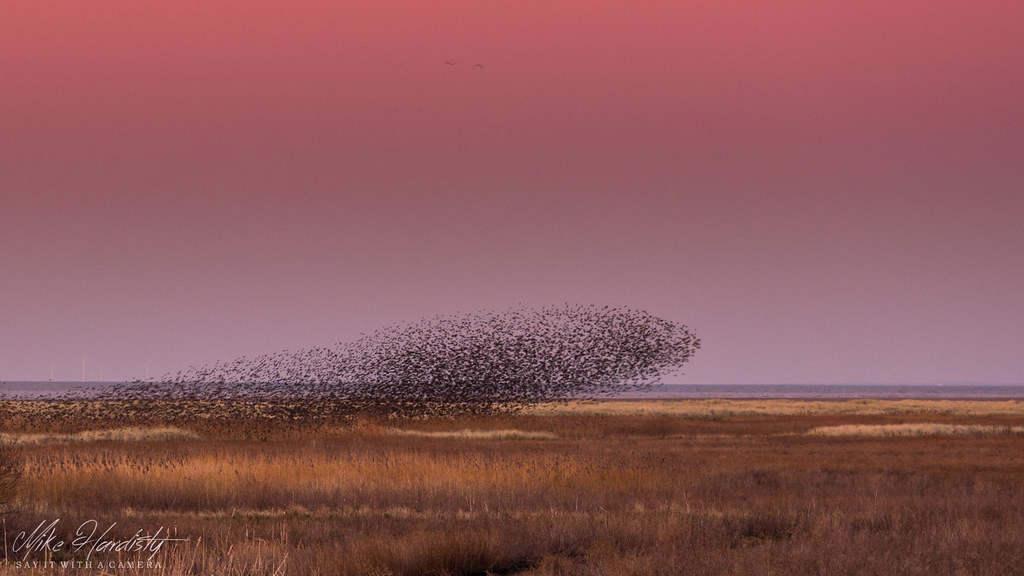 Well, that’s it. I hope you enjoyed this quick post – Mike

12 thoughts on “A Murmuration Of Starlings”