My flight is booked, I’m off to Japan in two weeks time and I suspect I’m going to use all of my memory cards for the camera during my two-week trip. My base is going to be Hiroshima whilst I’m in Japan but I will be travelling around. It’s a once in a lifetime opportunity and I intend to make the most of it. So what’s that got to do with Prolific? A lot (excuse the pun). Those fourteen days will be spent with a camera in hand and I’m going to be pressing the shutter a lot of times.

Meanwhile I spent a day last week at the National Slate Museum, Llanberis. I’ve been there before but it’s one of those places you can go back to time and time again and find different things to photograph, each time. 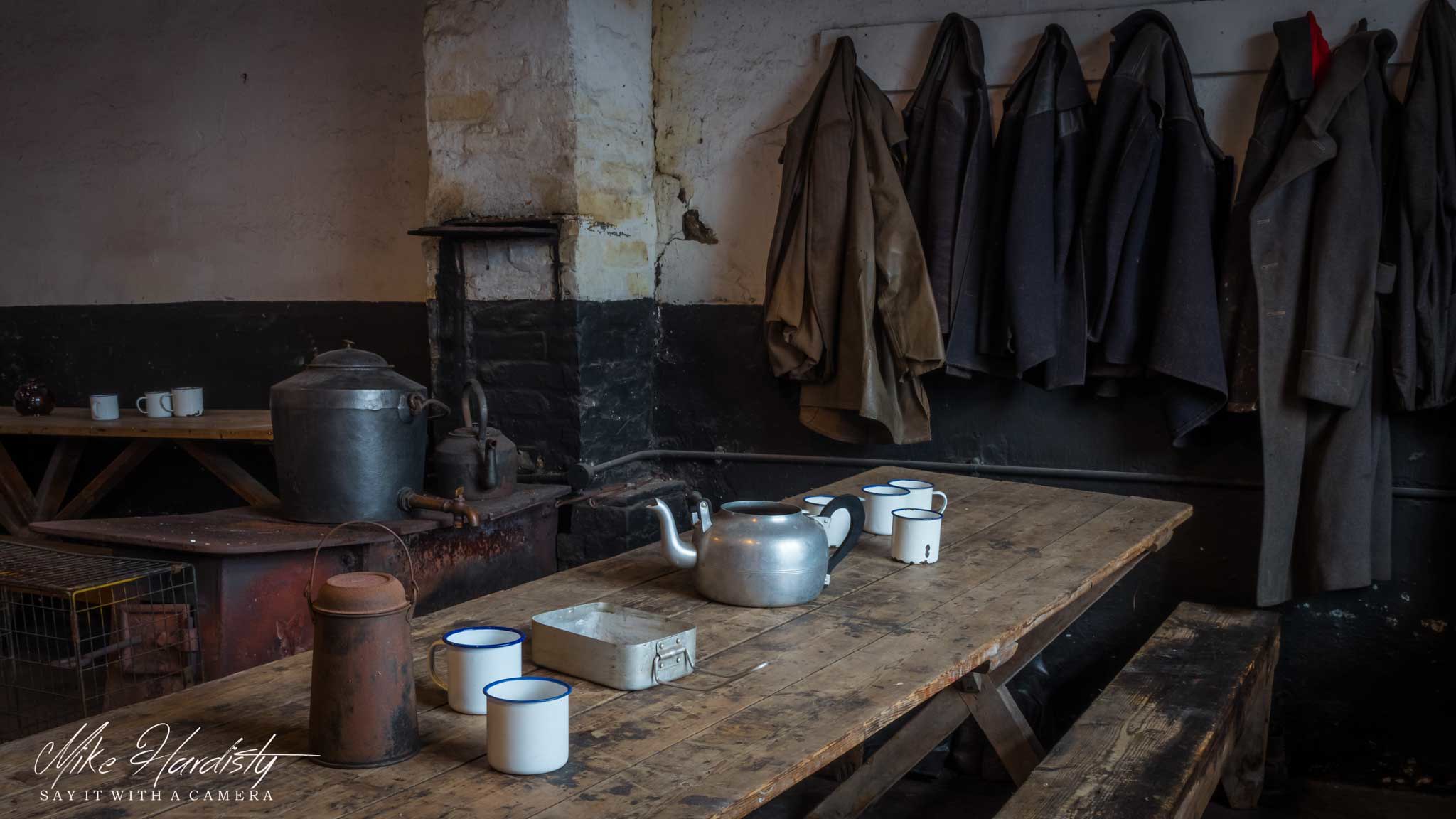 The museum is quite large and you can easily spend a good few hours there taking photographs. The beauty is , no glass to photograph through and in the main you are using natural light which streams through the windows. There are some electric bulbs around but these are very small and generally unobtrusive. 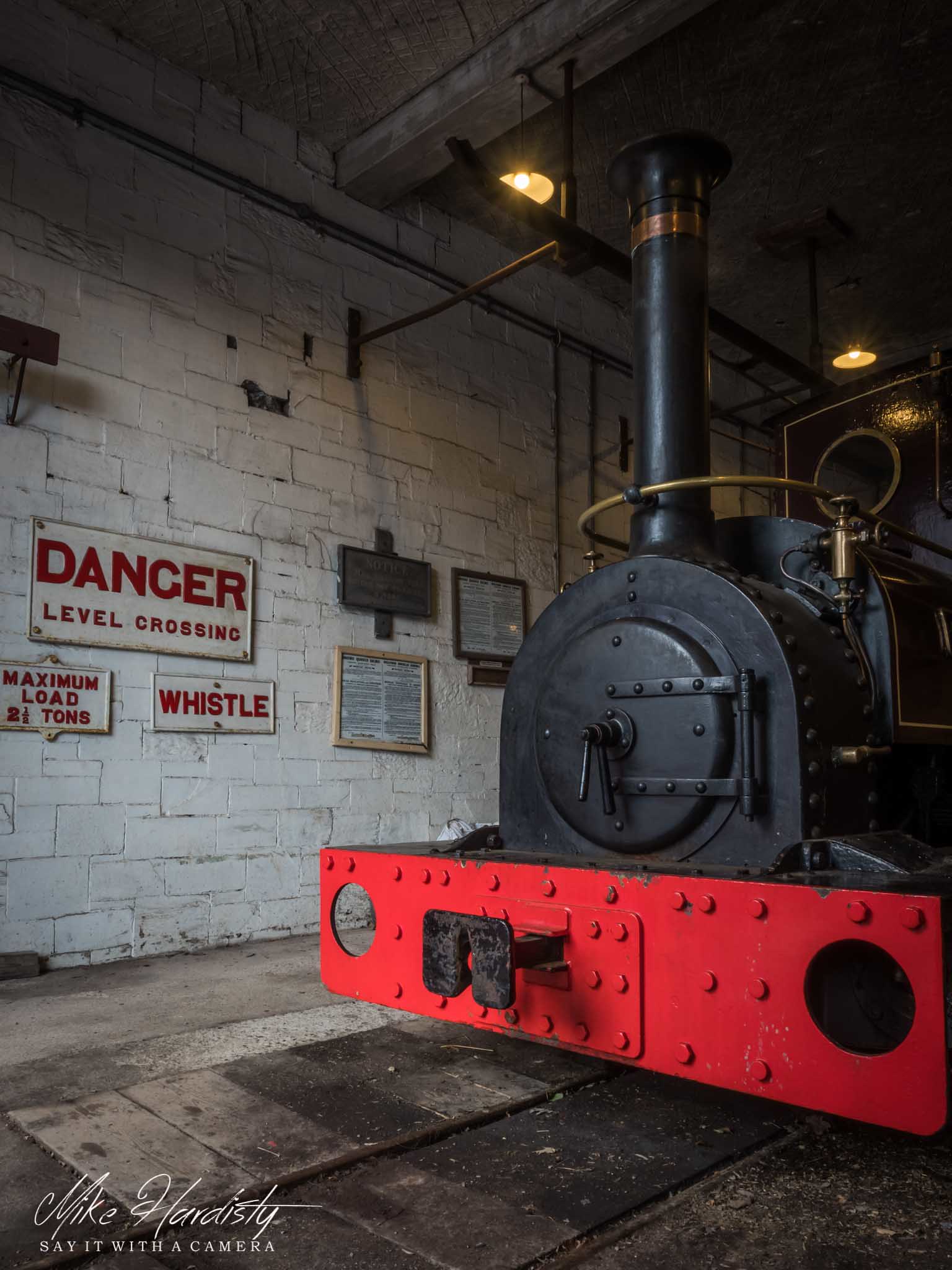 You can see that here, natural light streaming through the door and lights up in the ceiling. They’re not bright, like you find in many museums and in general they cast a soft warm glow over a scene. 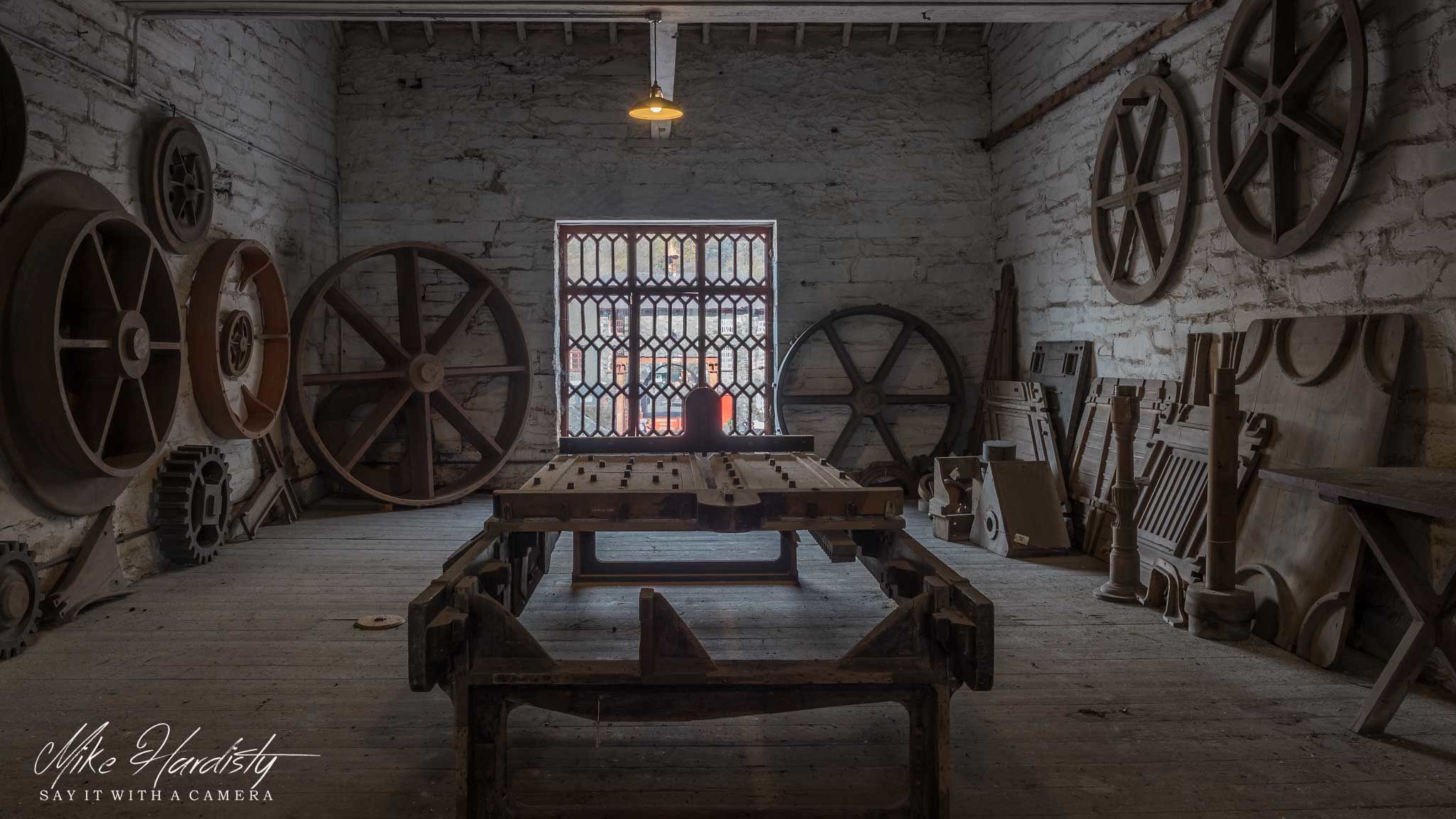 One of my favourite places in the museum, the Pattern Loft. It was here that carpenters created the moulds for the foundry which was downstairs. It’s usually one of the quietest parts of the museum because people don’t , for some reason, want to go up the stairs. 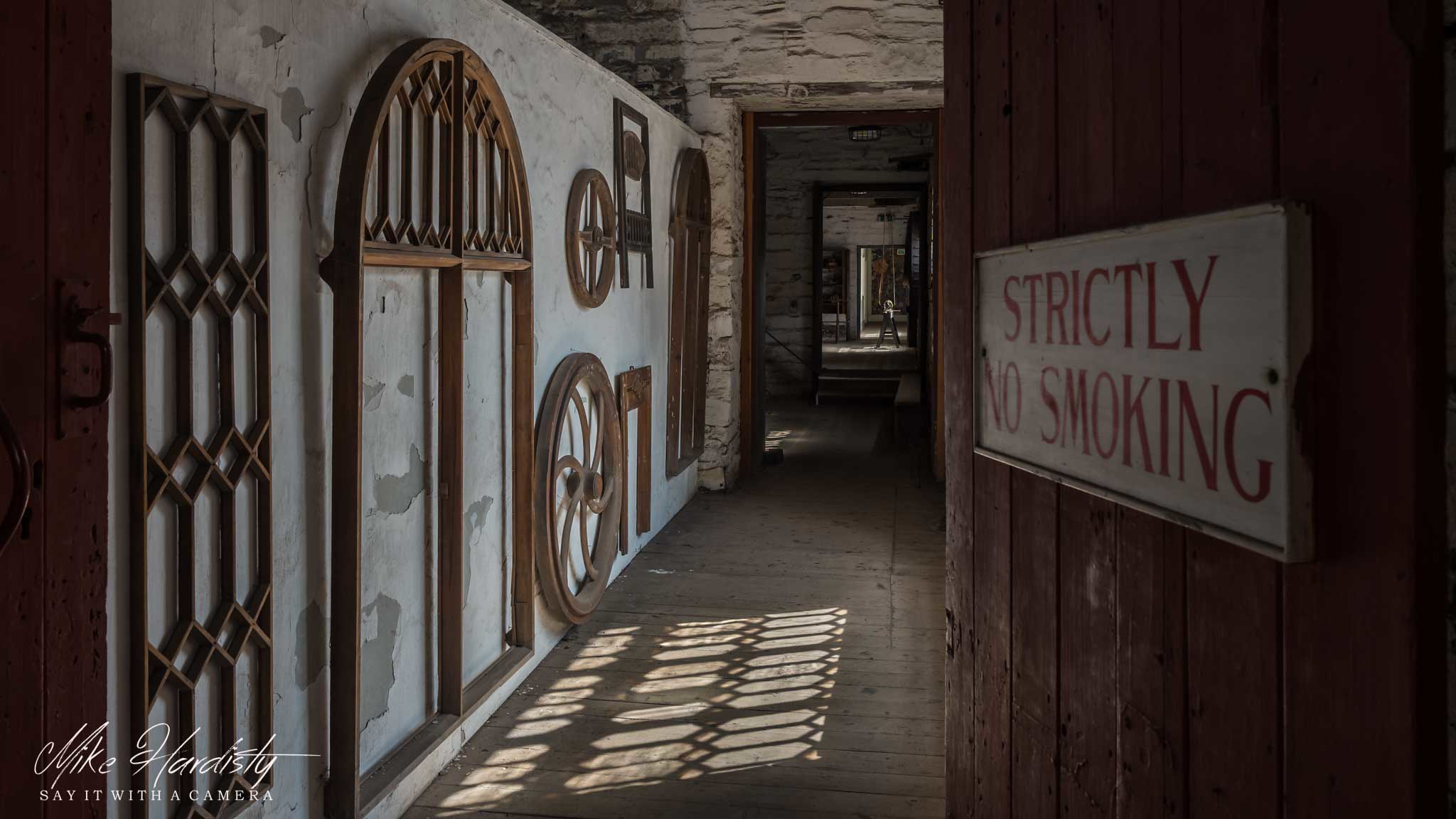 I’ve shown this photograph before, it’s the entrance to the Pattern Loft. What I like about it is that if the sun is shining you get a lovely pattern cast onto the wooden floor from the window frames. 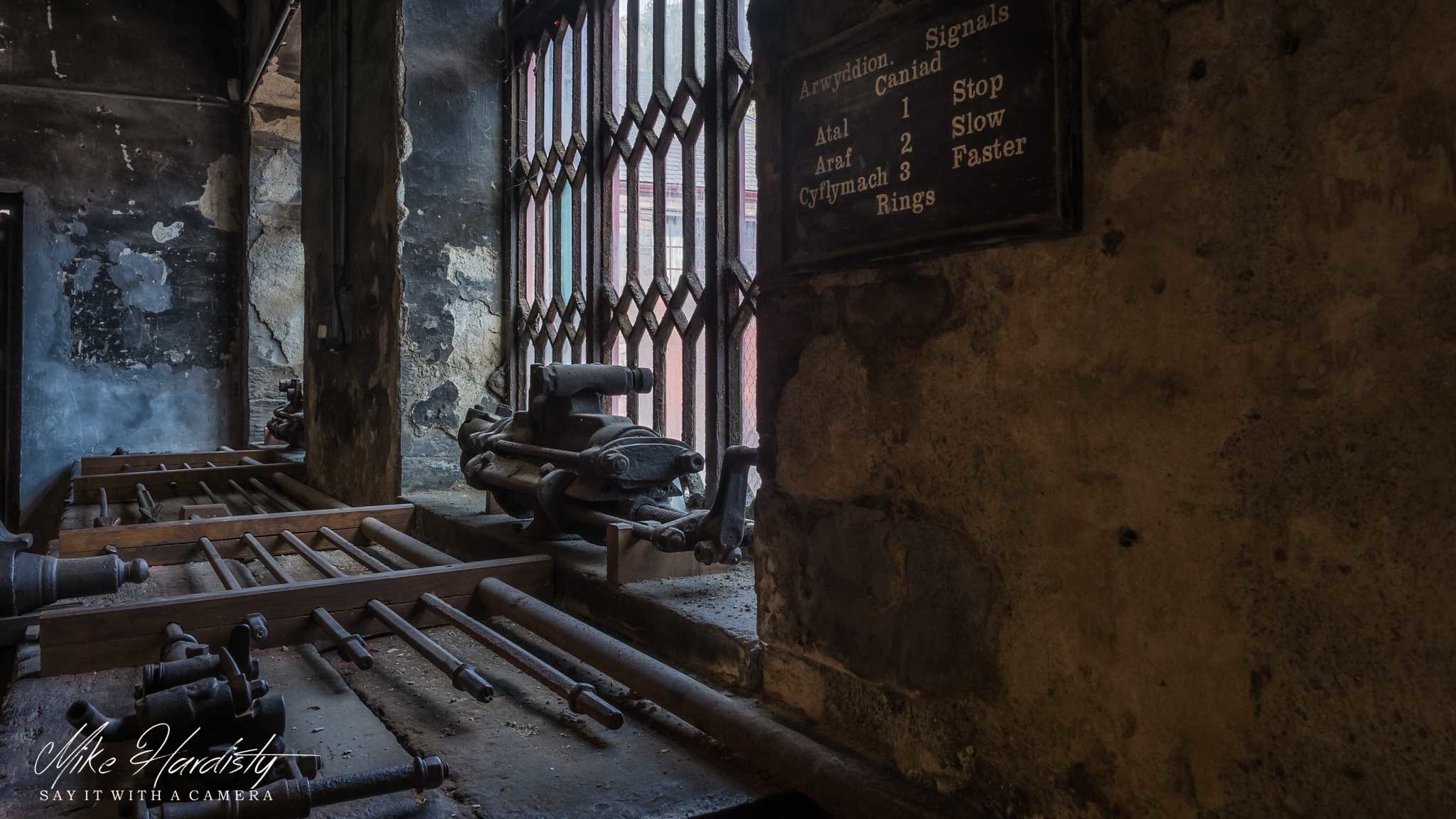 Throughout the museum, did I mention that it was the old workshops for Dinorwic Quarry, you can find all of the industrial lathes, furnaces , tools etc. that were used in the workshops. And as I said you can get really close to your subject in most cases. 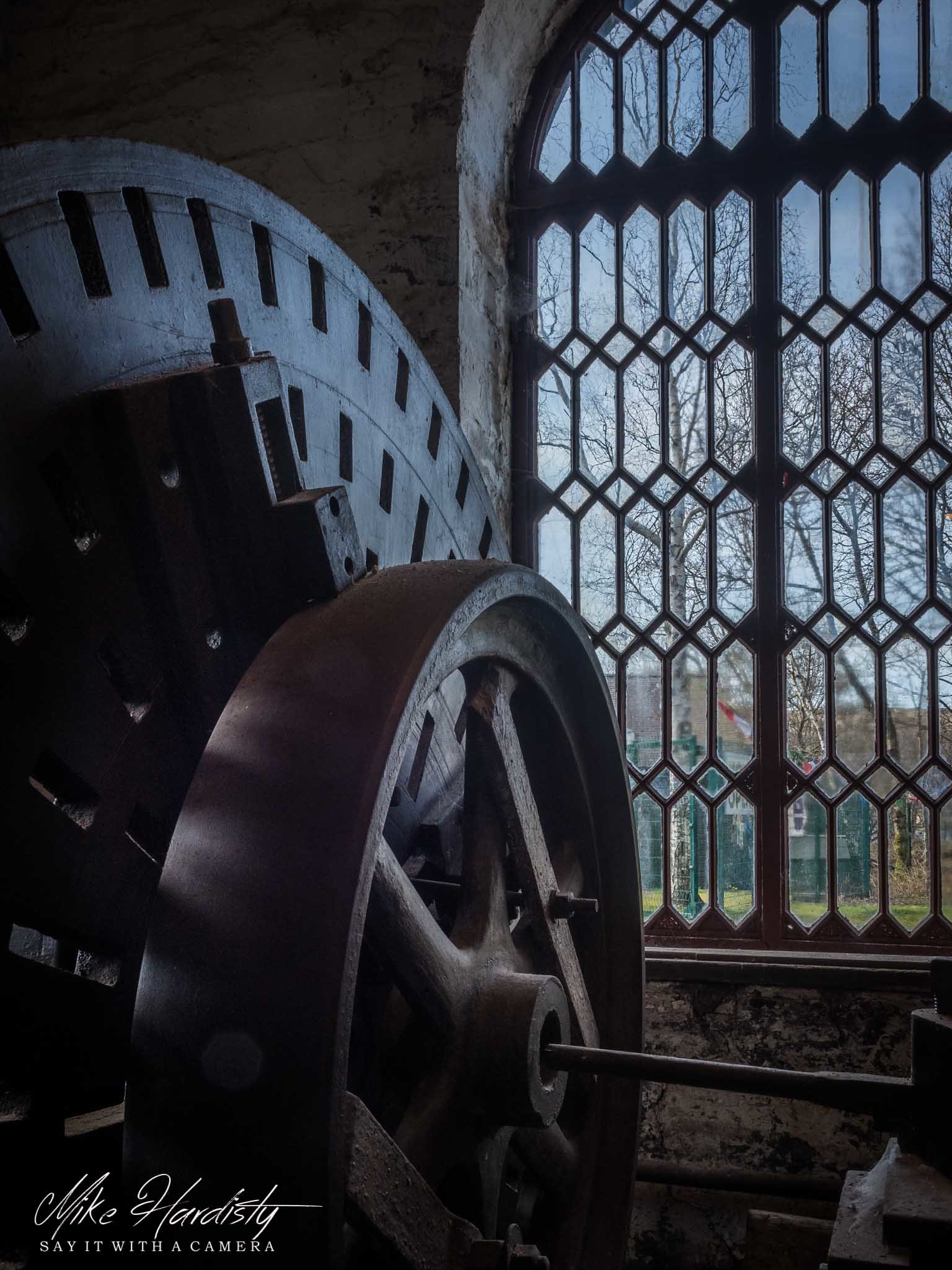 I really like this one, the way the light comes through the window and illuminates the flywheel. But there’s still shadow areas and you can even see the cobwebs.

I’ve come to the end of my time in the museum so I’ll leave you with this photograph taken outside. In the background you can see part of Dinorwic Slate Quarry, but trust me it’s only a small part of the quarry you can see. 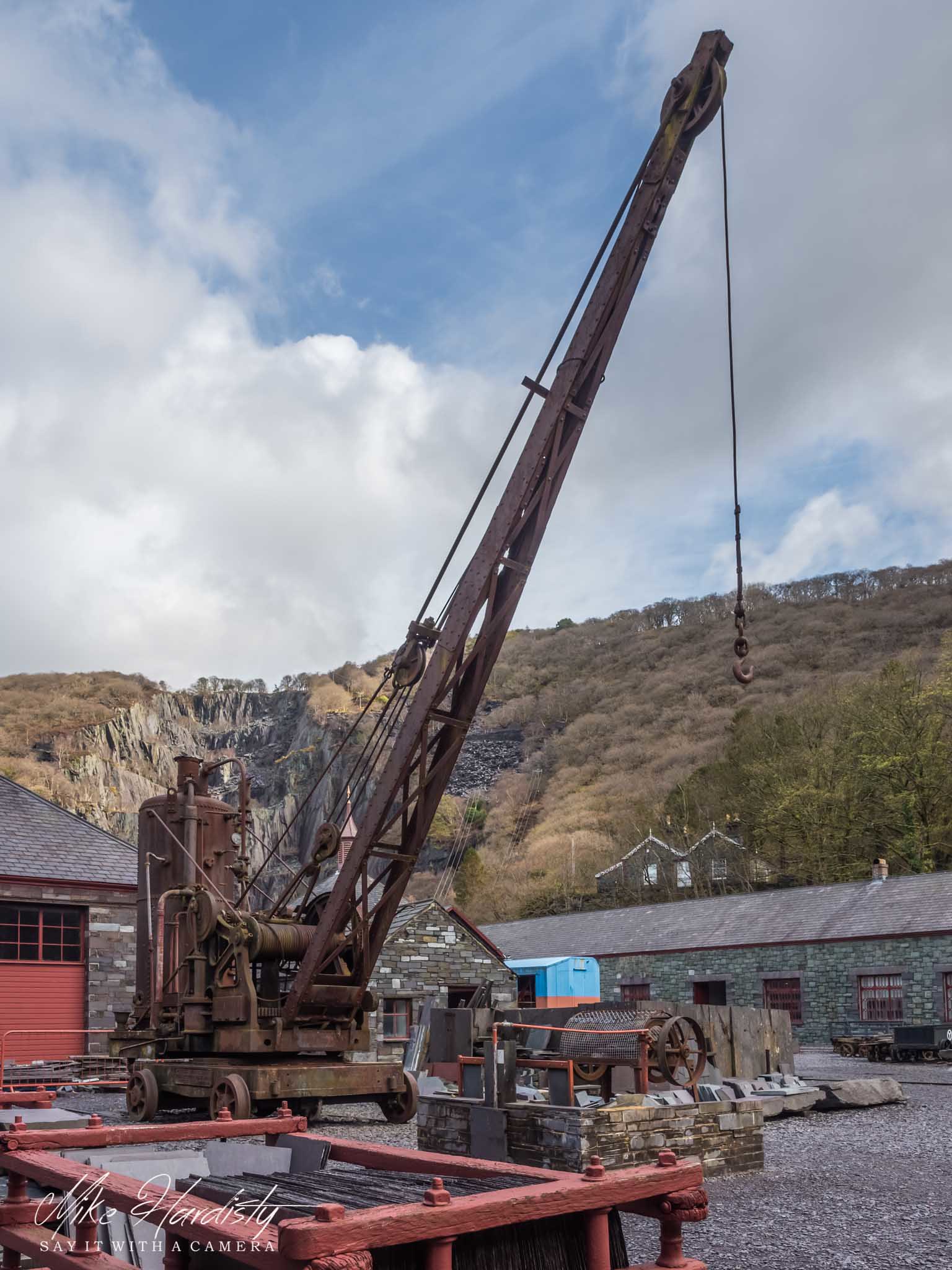 Finally I would like to leave you with this video. Near the start (1.01 minutes) you can see the National Slate Museum and from that you can get an idea of the size. It’s 32 minutes long but well worth watching the whole video as it explains how the mountain was quarried and the condition that the miners had to work in.