It’s three weeks since I got back from Japan and only now am I getting around to really look at the photographs I have taken there. Since I got back we’ve been working on completely renovating and landscaping the back garden to make it more maintenance friendly. This has meant, clearing borders, laying weed matting and shifting two tons of delivered chip stones from the from the front garden to the back. Decking stripped clean and freshly stained. Doesn’t sound a lot but it’s been hard work. So finally I’ve got a little time to sit in front of the computer.

Ginkaku-ji, is a Zen temple situated along Kyoto‘s eastern mountains (Higashiyama). whose name literally means “Temple of the Silver Pavilion”. 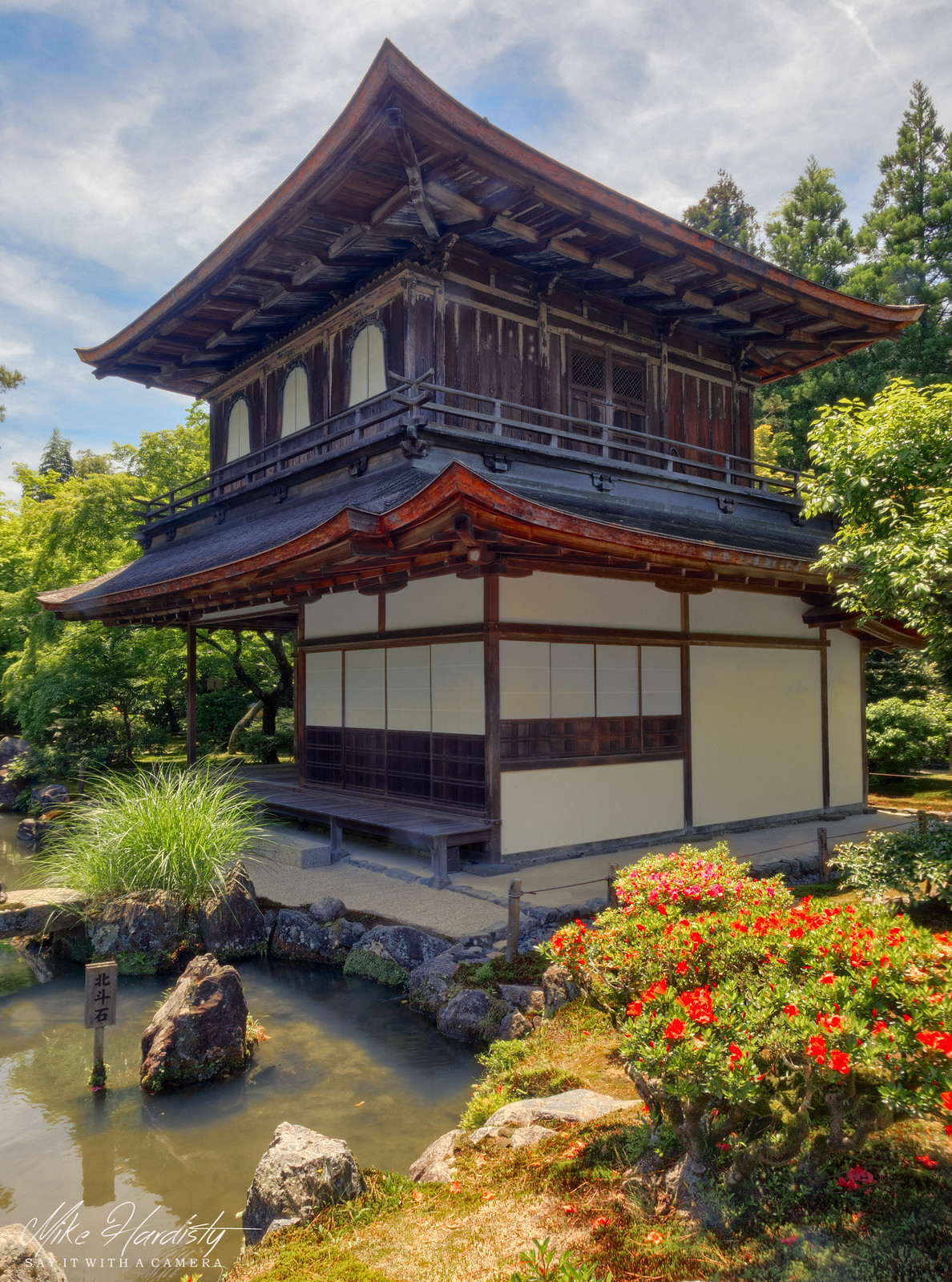 Work started on building the temple, commissioned by shogun Ashikaga Yoshimasa, in 1482. This was to be his retirement villa, modelled after the Golden Pavilion (Kinkaku-ji), built by his grandfather on at the base of Kyoto’s northern mountains (Kitayama). I’ll have a post later about the Golden Pavilion, probably next week.

You cannot enter the pavilion but one side is open for you to get a view inside. 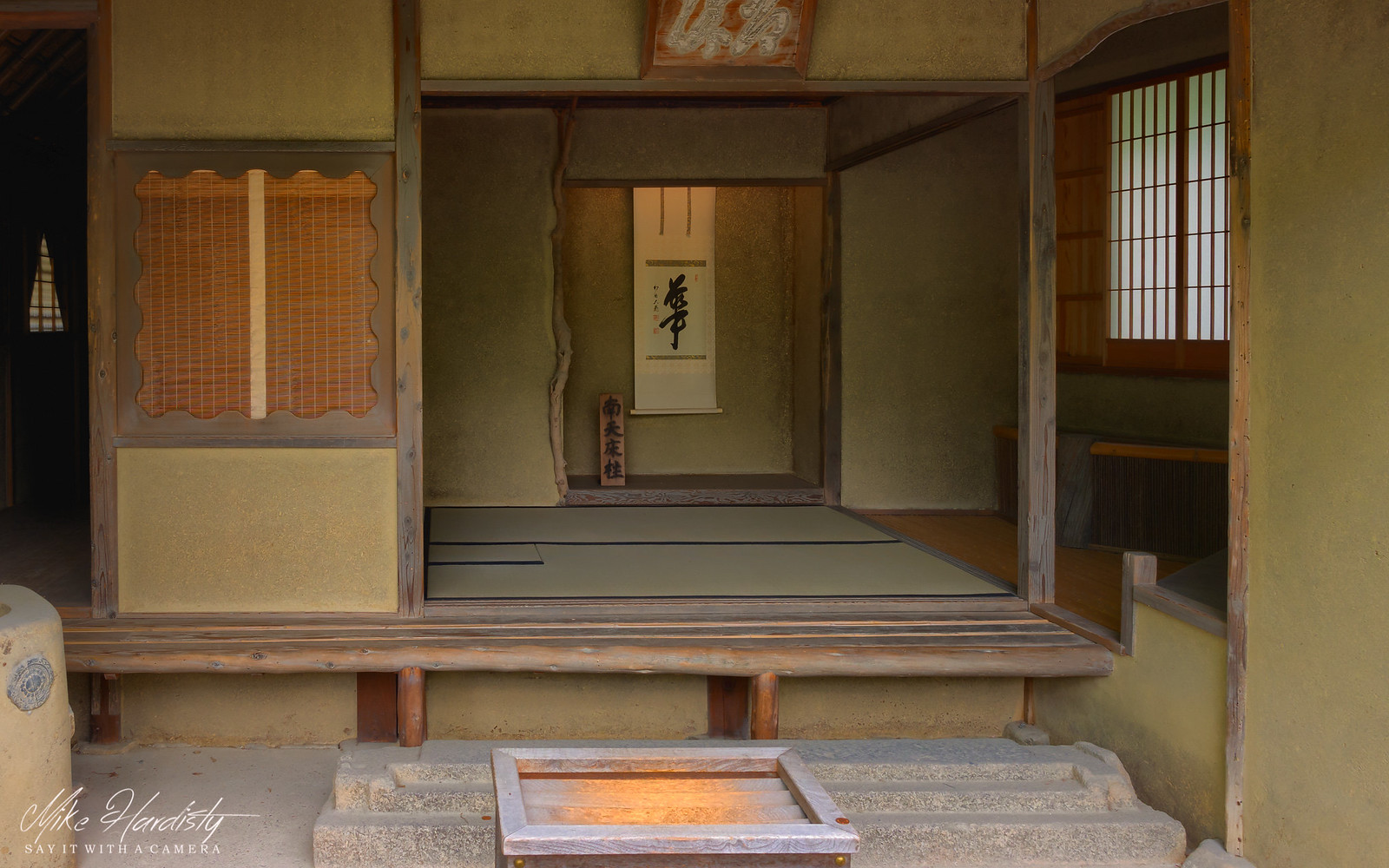 My next photograph shows some of the maintained dry sand garden, which is known as the “Sea of Silver Sand”. In the background you can just see a massive sand cone which has the rather strange name of  “Moon Viewing Platform”.

How do they do it? First of all, those parallel lines are drawn on a bank of sand which is about a half metre high, how does that keep it’s shape. Secondly, how do they draw the lines in the sand and keep them exactly parallel. without disturbing the sand which is perfectly flat. And what about that cone? It’s not small and not a grain of sand out-of-place. Amazing, utterly amazing. 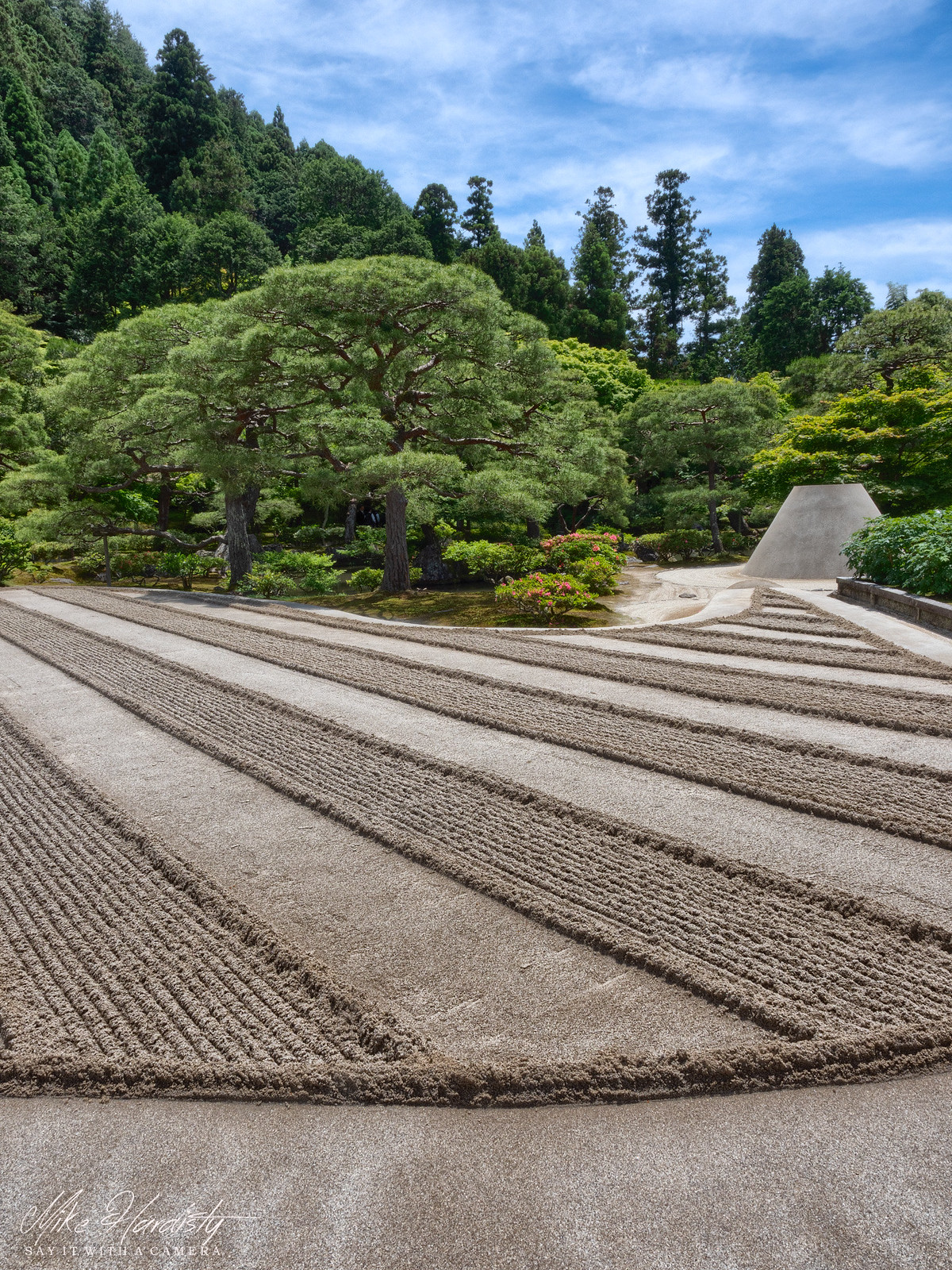 Next to the sand garden is the Hondo, or Main Hall, which has paintings on it’s sliding doors. It’s just a shame that you cannot see inside the Hondo, but I suppose it’s to protect the inside of the building. 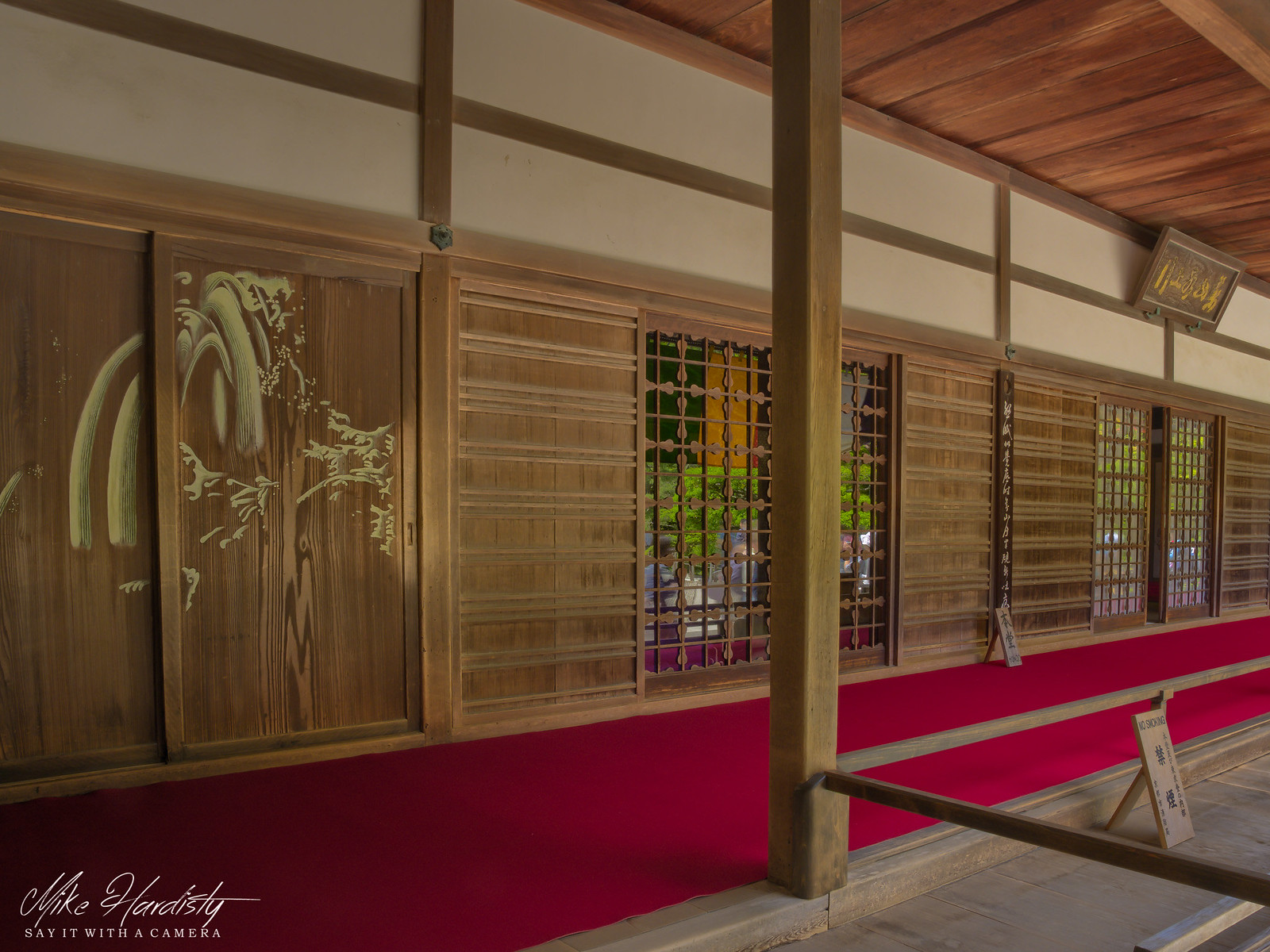 There is one other building in the gardens and it sits right next to the Hondo. It’s the Togudo Temple which dates back to the temple’s foundation. 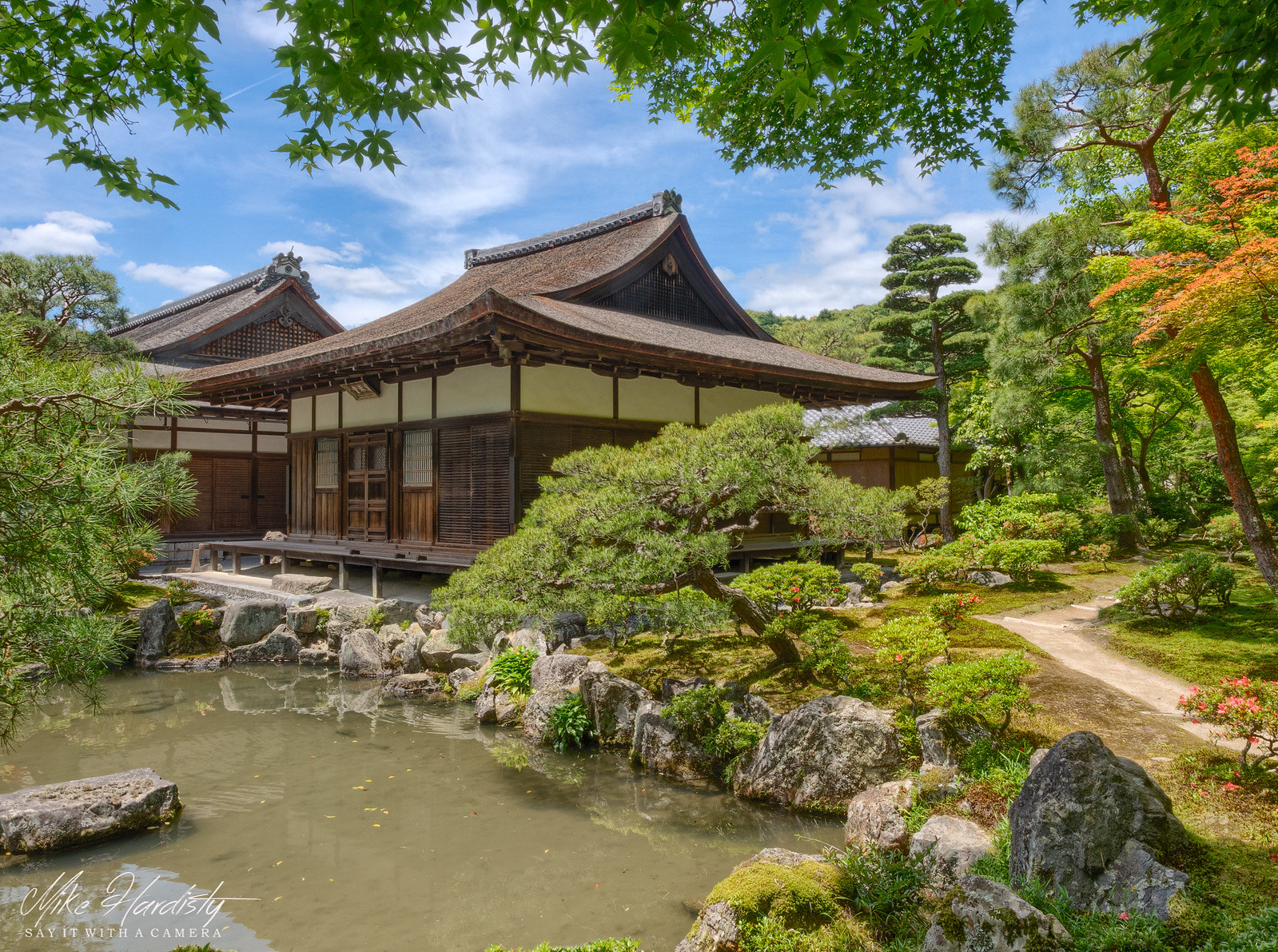 Wandering around the gardens allows you to get different views of the pavilion and I’ll leave you with these. 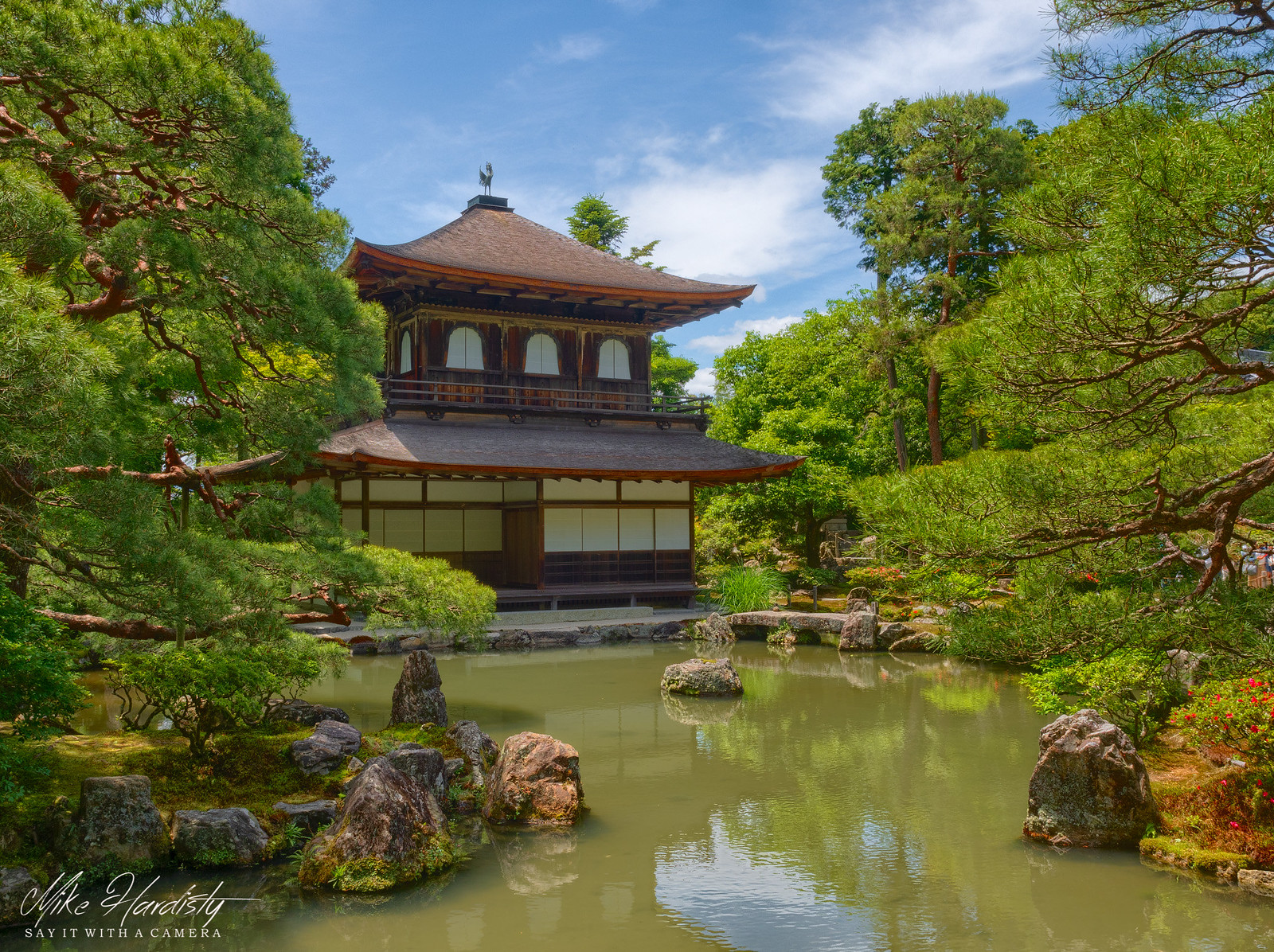 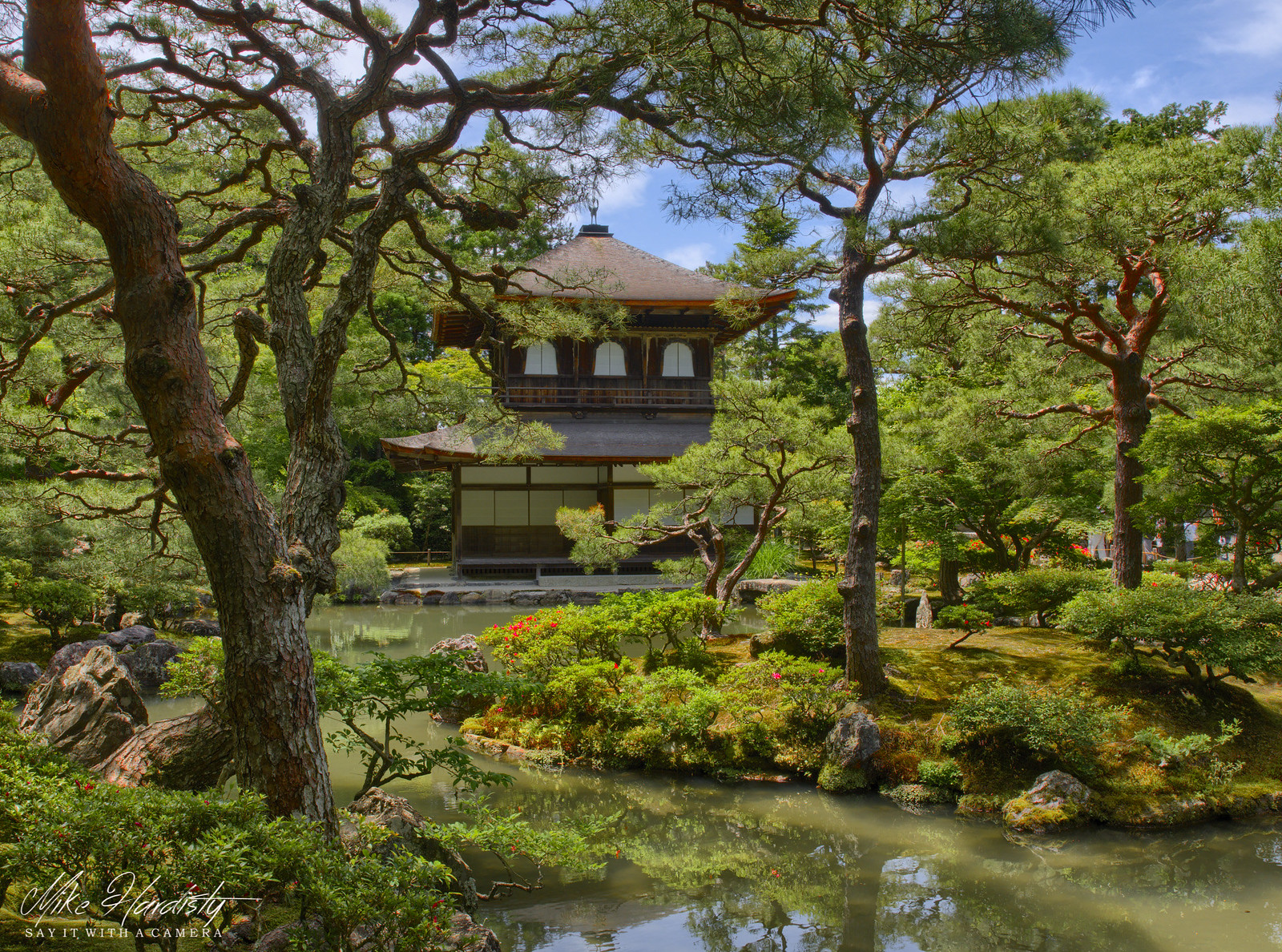 Well that’s it. I hope you enjoyed the photographs – Mike