This is going to be a long one, so get a drink, sit down and have a look at the photographs from Miyajima Island. This is only a selection, I spent all day on the island and although I visited the most important temples and shrines, I know I missed some. There was so much to photograph so let’s get on with it and I’ll show you some. 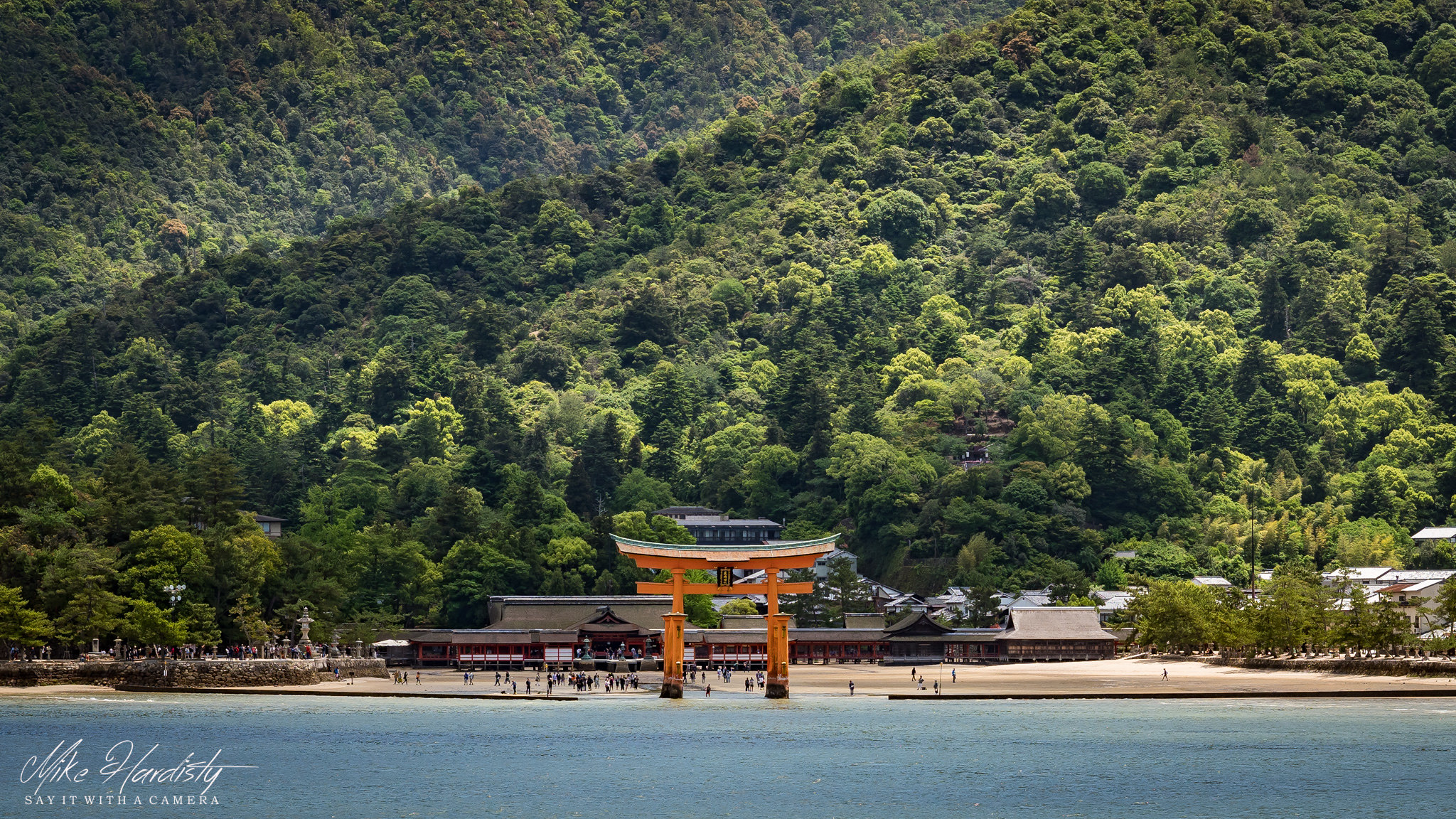 A regular ferry service runs from Miyajima Guchi to Miyajima, the Island of Gods. The island is situated on the Seto Inland Sea and is considered to be one of the most scenic spots in Japan. Itskushima Shrine is a World Heritage site but there are other shrines, temples and historical monuments which are well worth a visit. 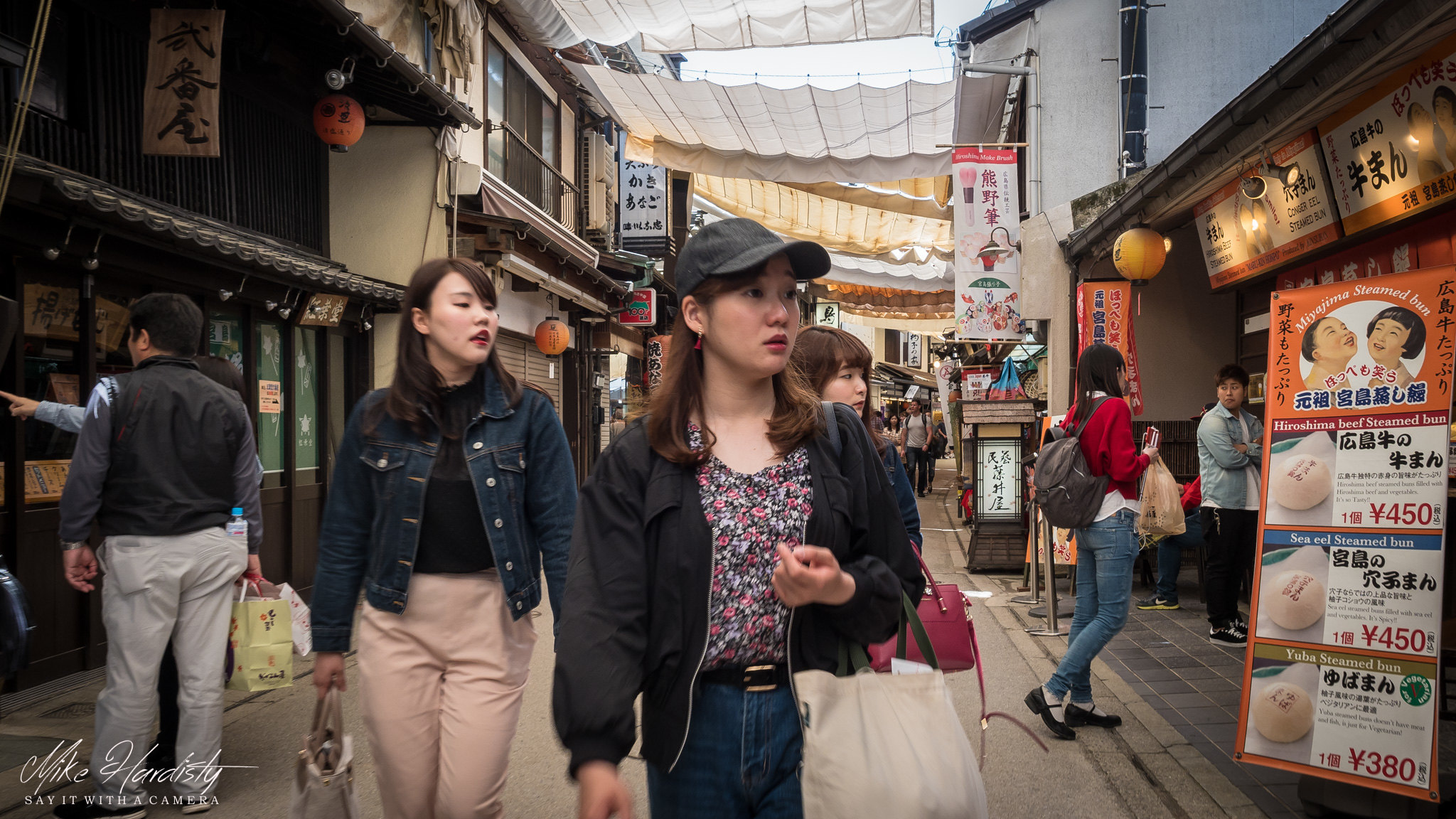 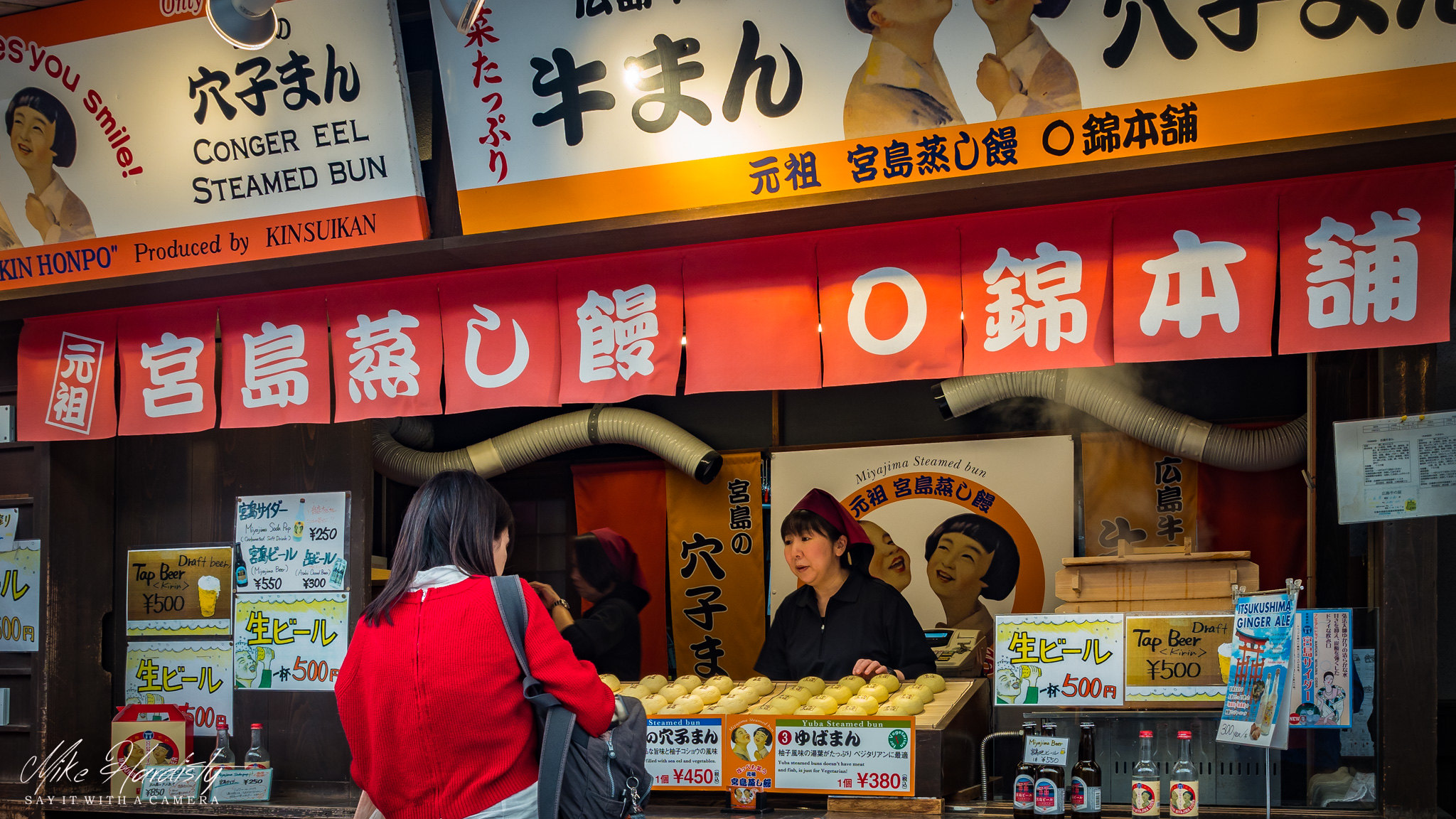 Looks interesting, but far to early in the morning for me. Talking of early, the deer love the tourists and they wait for them coming off the ferry. To see if they’ve goy any food in their backpacks. seriously they can get quite aggressive and you see them everywhere on the island 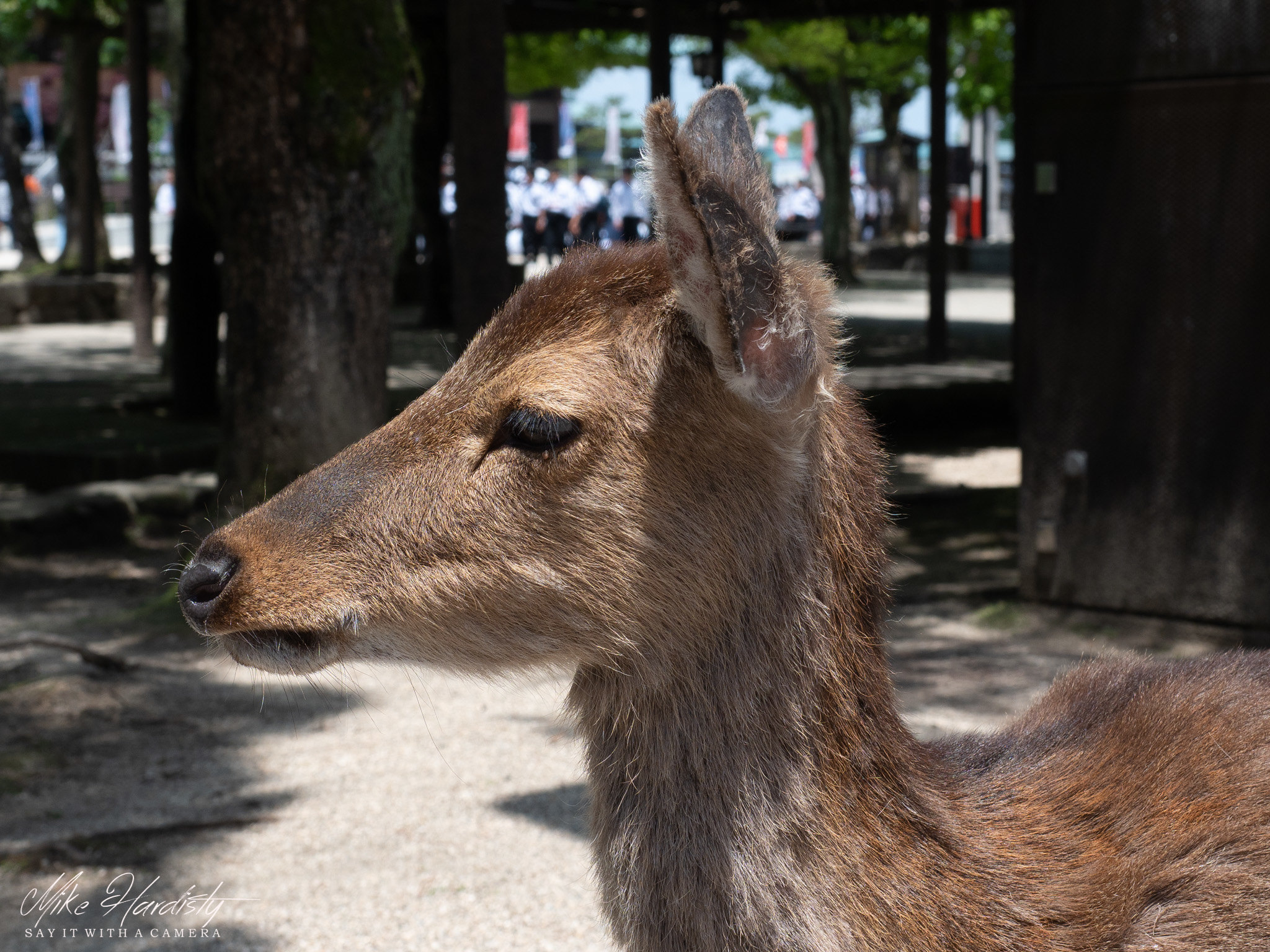 But I can’t be hanging around here so it’s onwards and upwards. Time to start climbing up the mountain to some of the shrines and temples.

But before I do, I’ll leave you with this one of the Torii Gate taken from the shoreline before I headed up the mountain. I would have loved to have photographed this at sunset but to be honest after spending all day on the mountainside in the heat, when I came back down I just wanted to get back on the ferry and head for home. 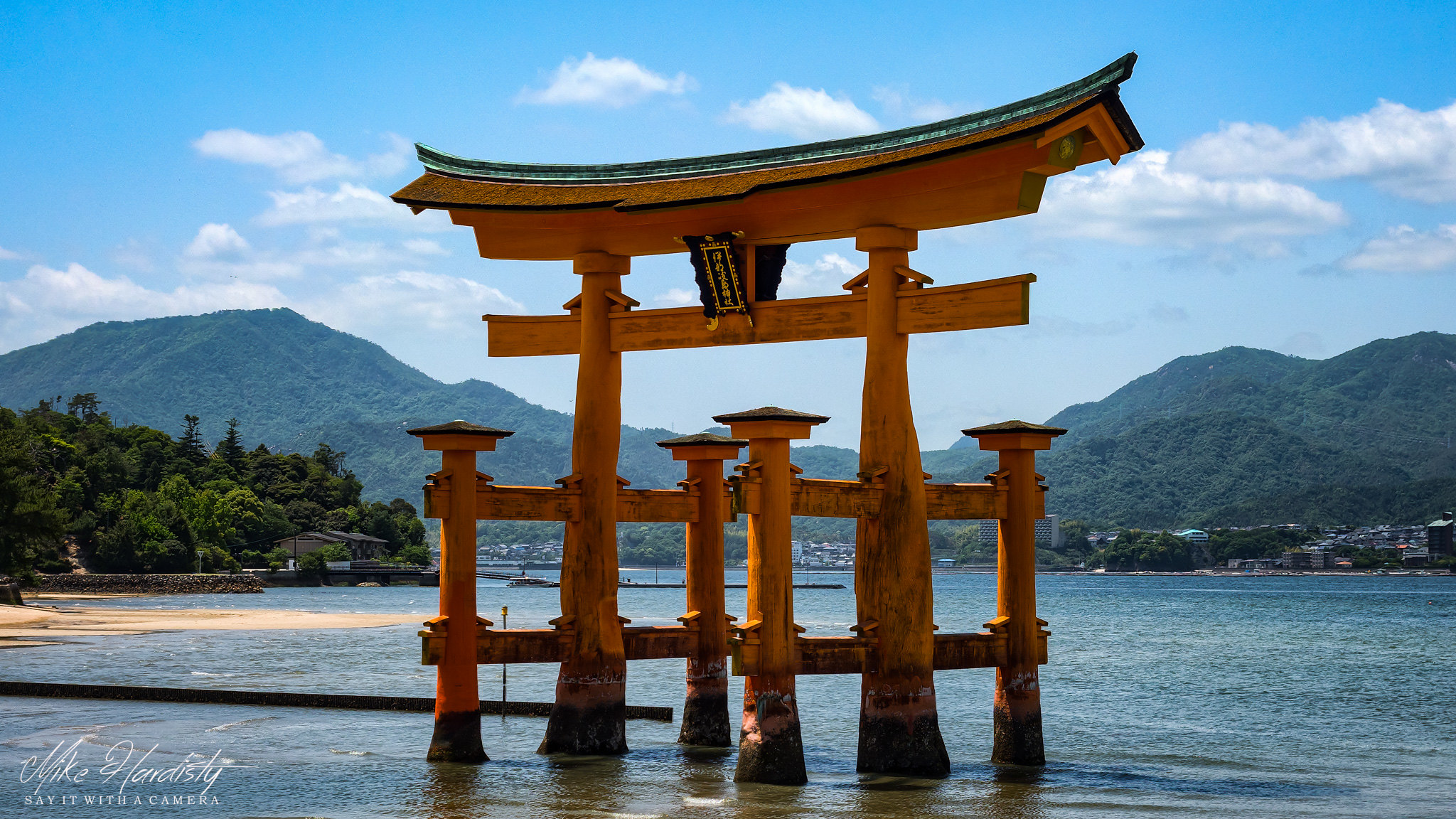 I really should watch where I’m going. Second day in Japan and I was so eager to get a photograph of ToyoKuni Shrine that I fell over a some small rocks surrounding the base of th etree. Luckily there was no damage to my camera or lens. 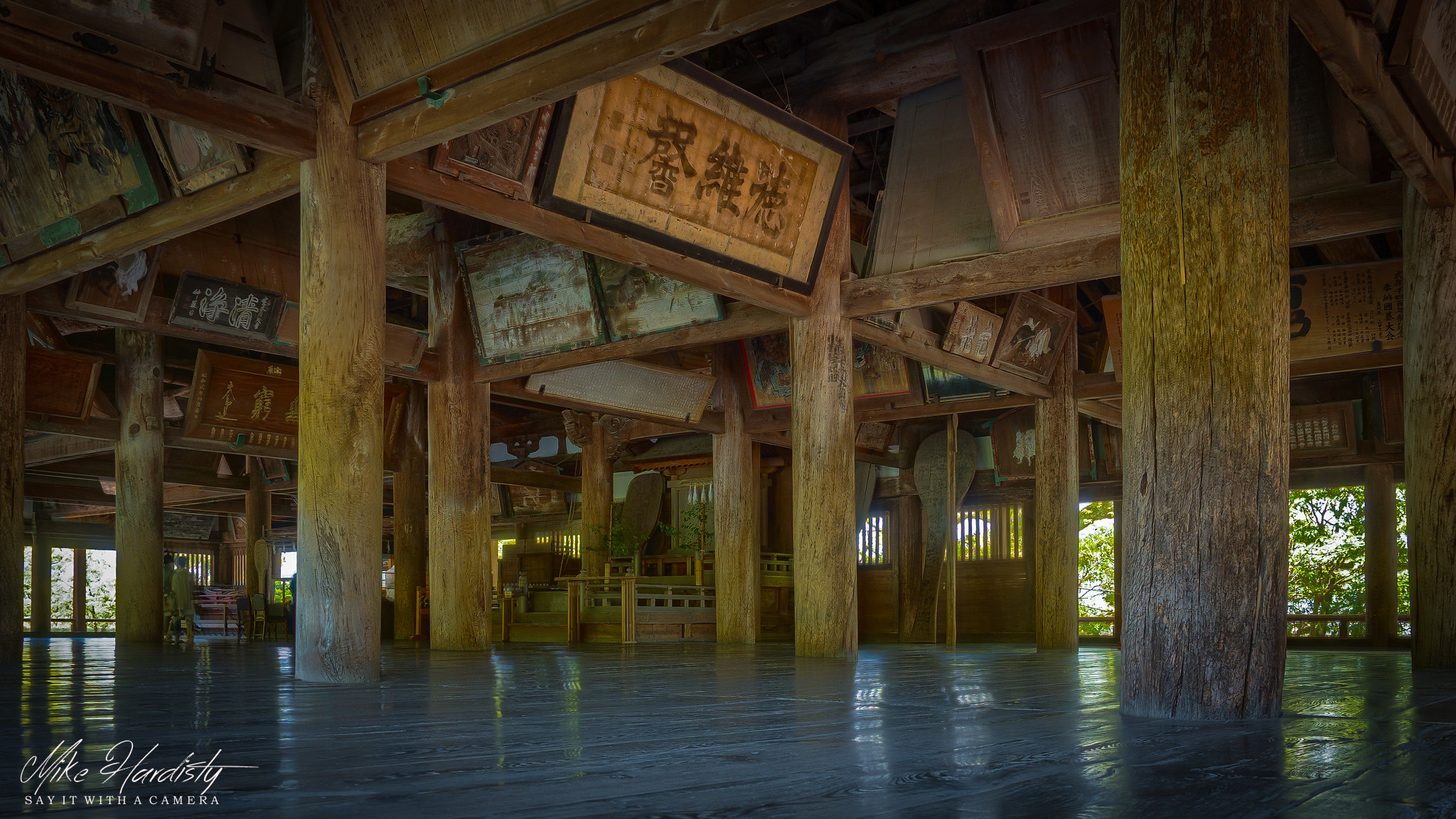 The five storied Pagoda. There’s no easy way to photograph this, as due to the confines around it, you sort of have to look up. Now normally I would be complaining about clear blue skies, not ideal for photography as it makes for very harsh light, but in this case it helps the pagoda to stand out. 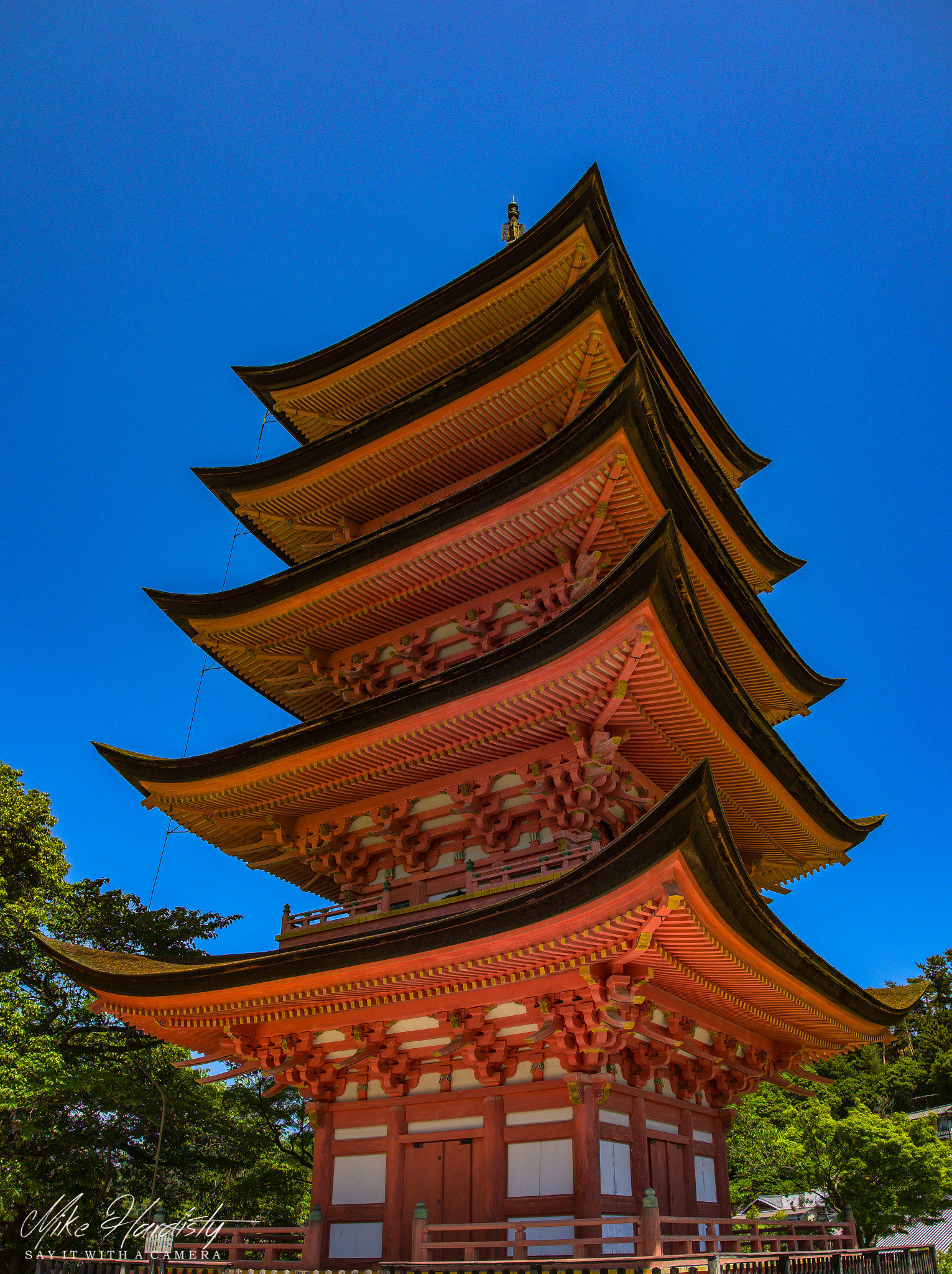 Theres so mch to see see and photograph here, including these prayers left by vistors to the shrine. 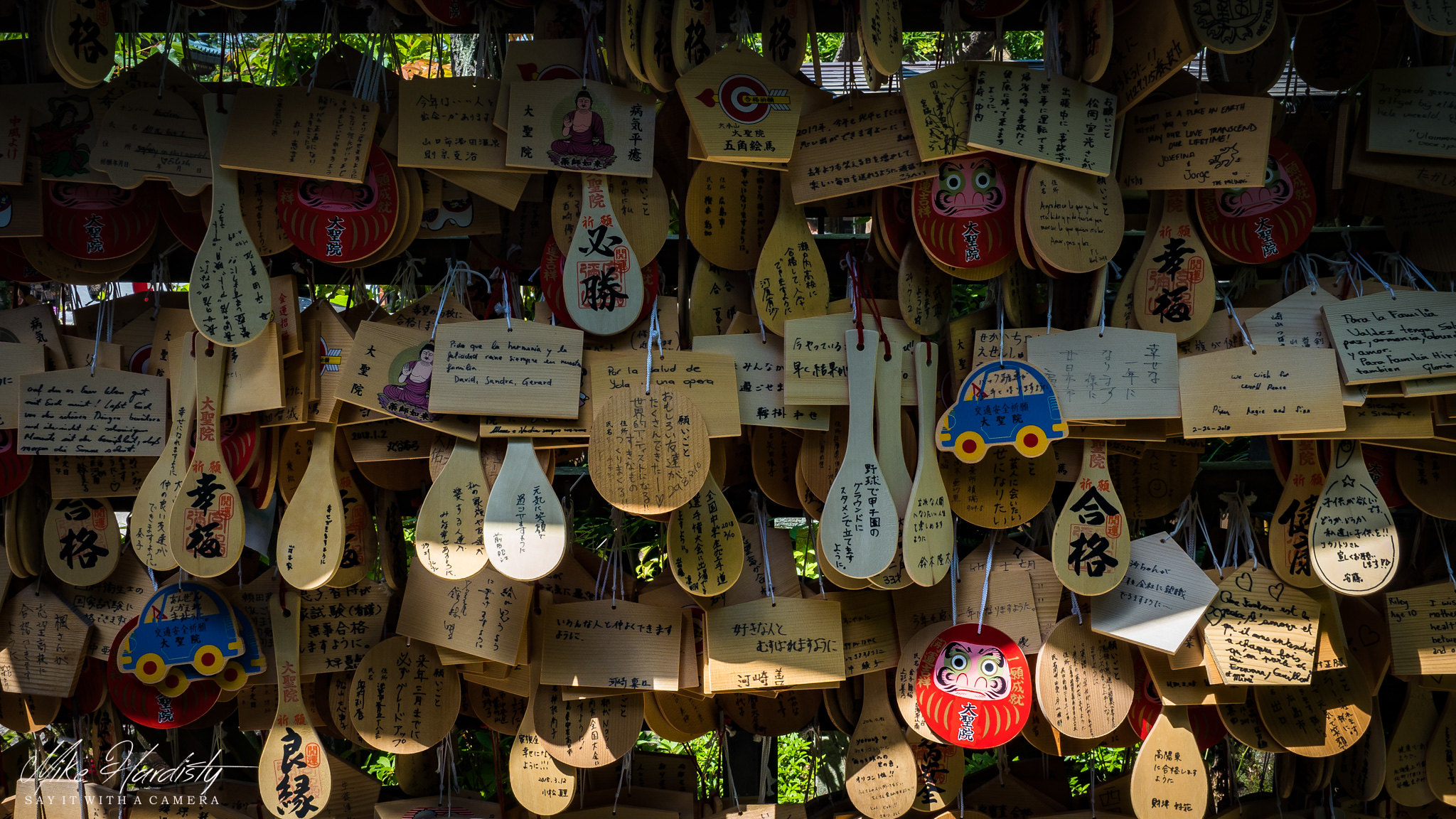 Onwards and upwards as they say, past the prayer wheels. It is said that spinning the wheels is the equivalent of reading one volume of the Hannya-shinkyon or Heart Sutra. 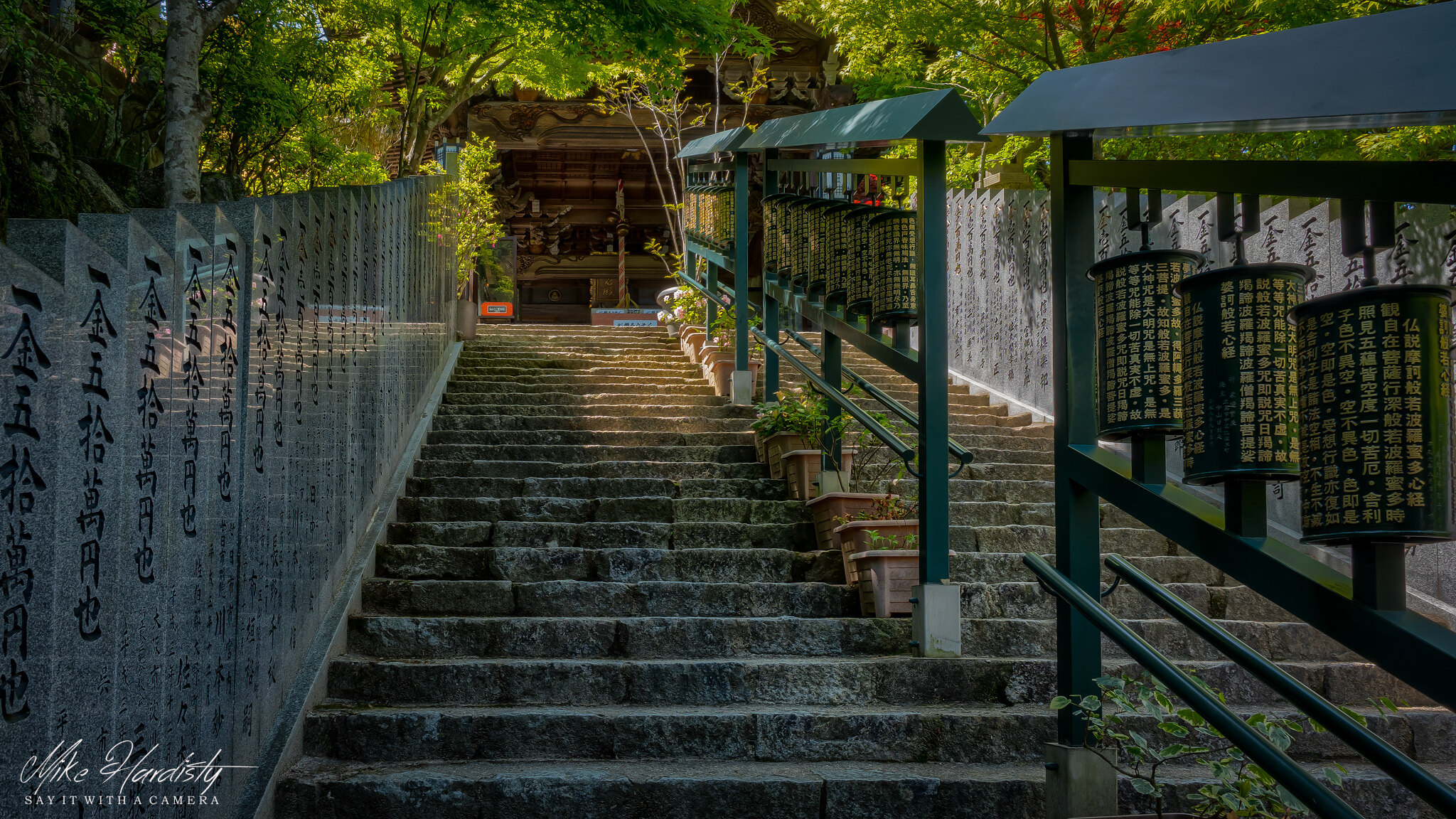 Further up the mountain I came to the Daishi- Do Hall. It was so peaceful here compared to the hustle and bustle of the lower levels and the town. It was also a little bit cooler as there was a slight breeze and lots of shade. 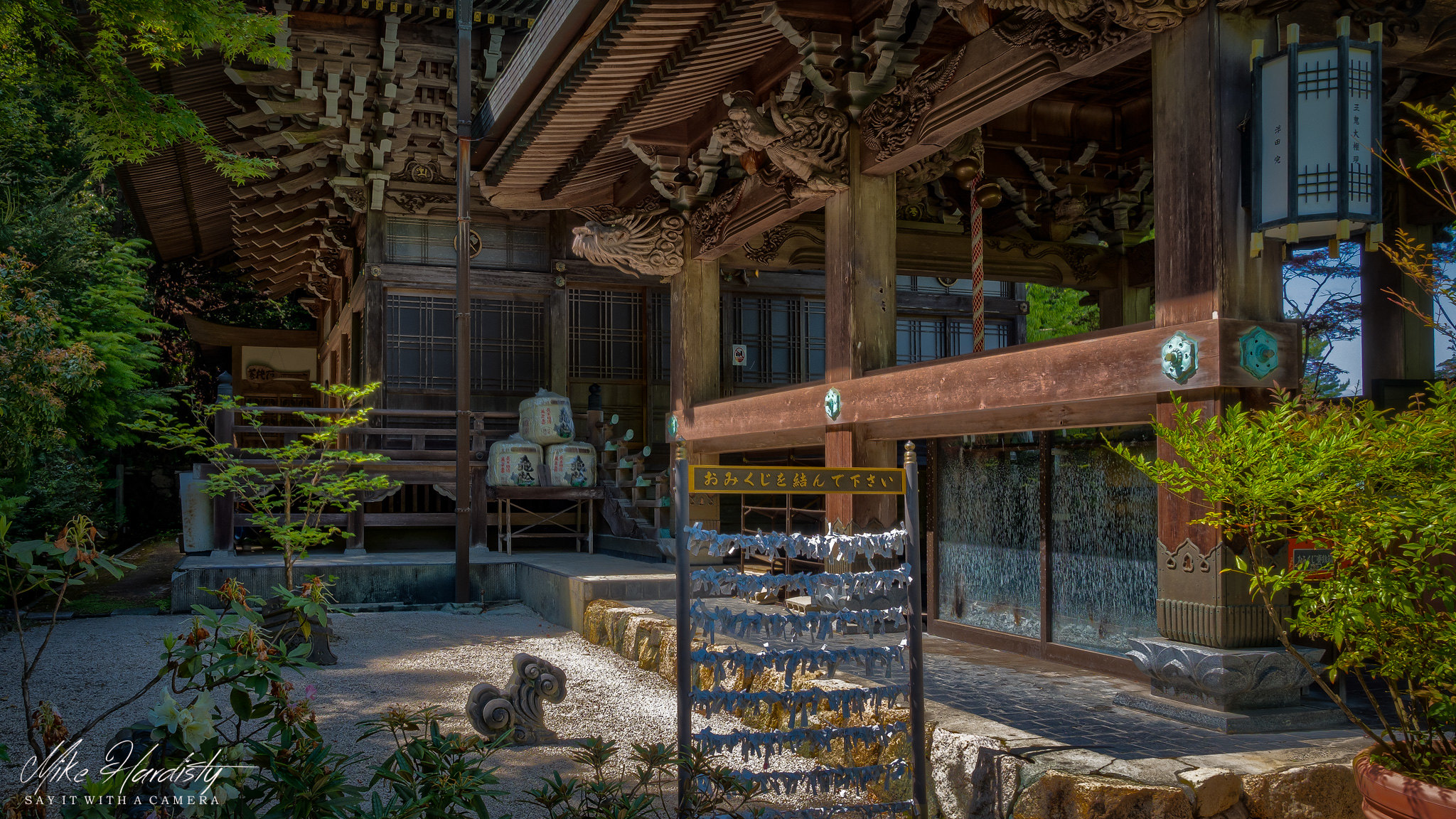 I was struggling to work out what these figures are at the entrance to one of the shrines. There was no one to ask but I think they are dieties. I could be wrong though. 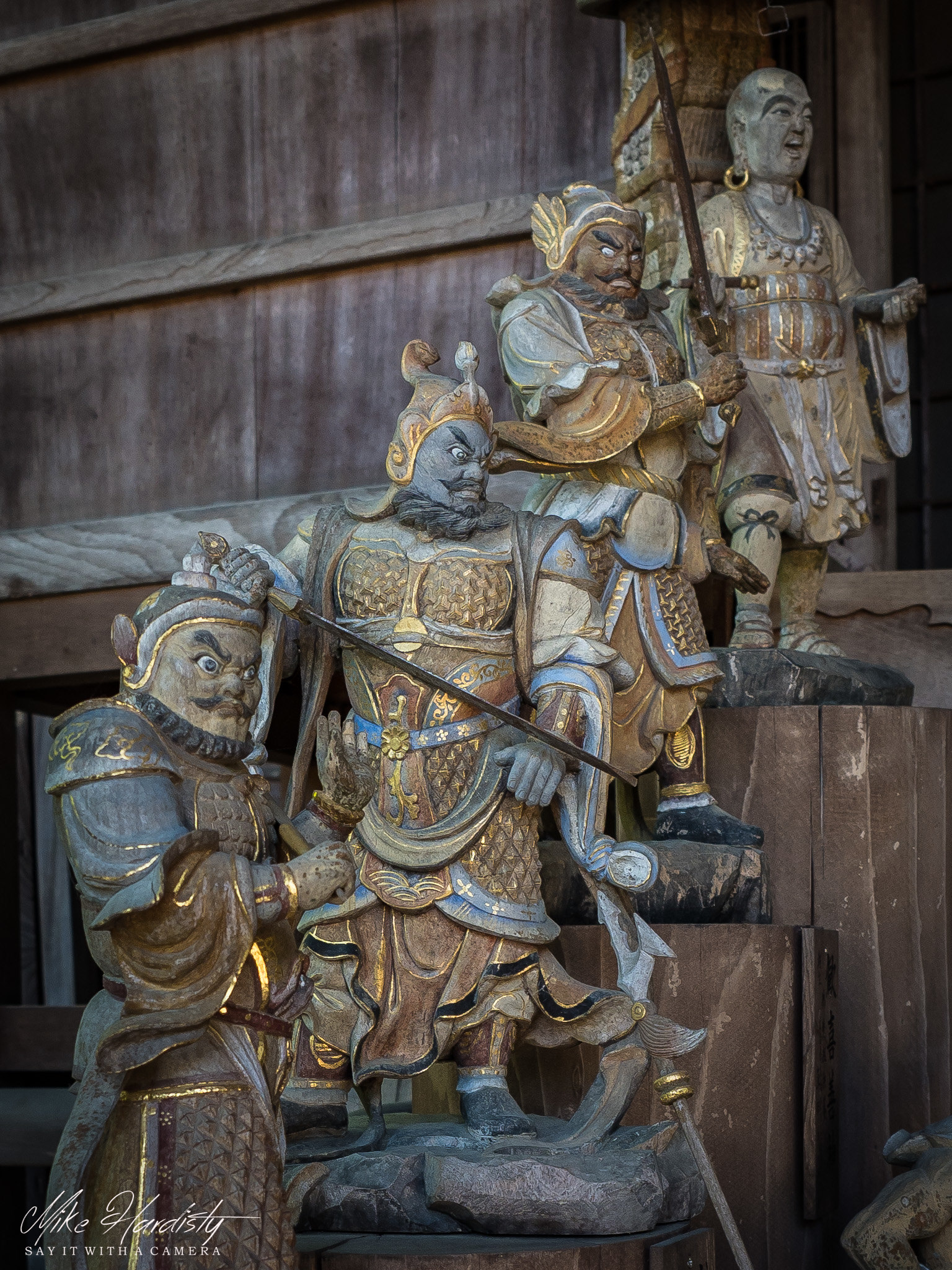 On the way up to the I found these statues, all with different facial expressions. If I’ve read correctly, in total there are 500 of them and they are called Rakan Statues 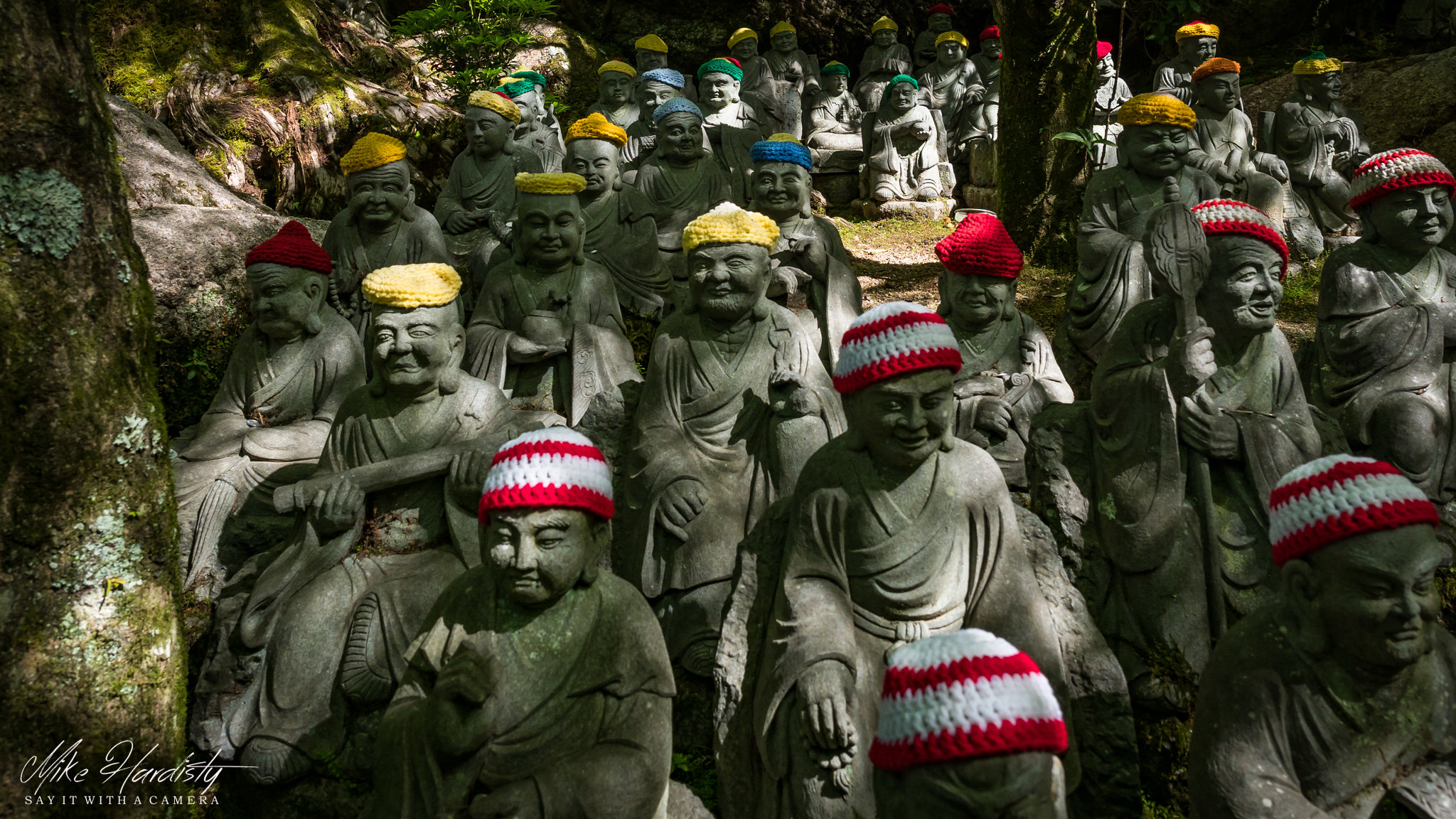 Carrying on in this upper level I kept coming across different little figures in lovely cool shaded areas, often with small streams of chanelled water running past them.

In all there are seven figures which are believed to redeem the spirits of deceased babies and children. To console the souls of loved one,s worshippers pour water over the images, which would explain why I could see the small streams.. 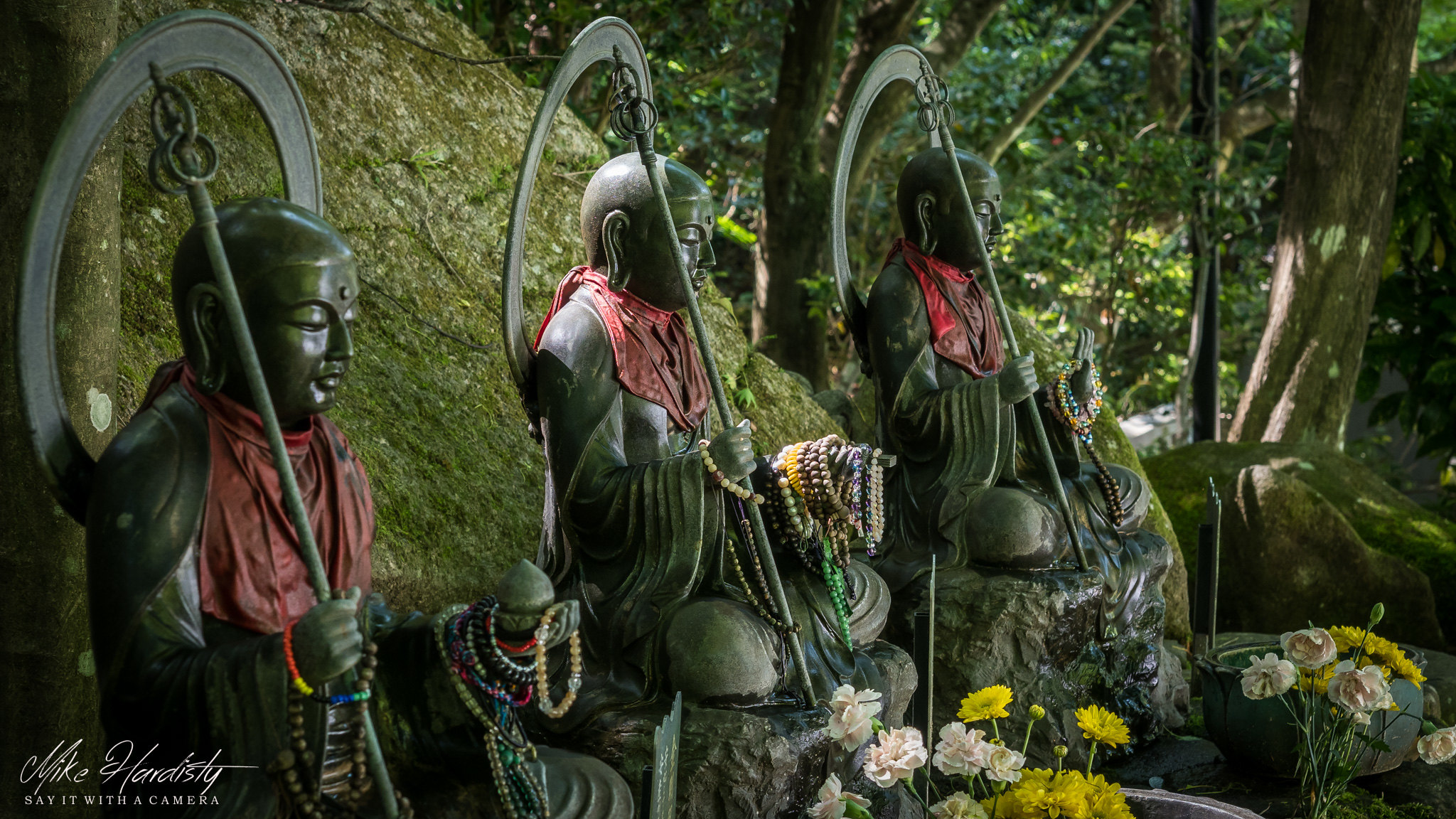 One thousand Buddha’s line the sides of this shrine. 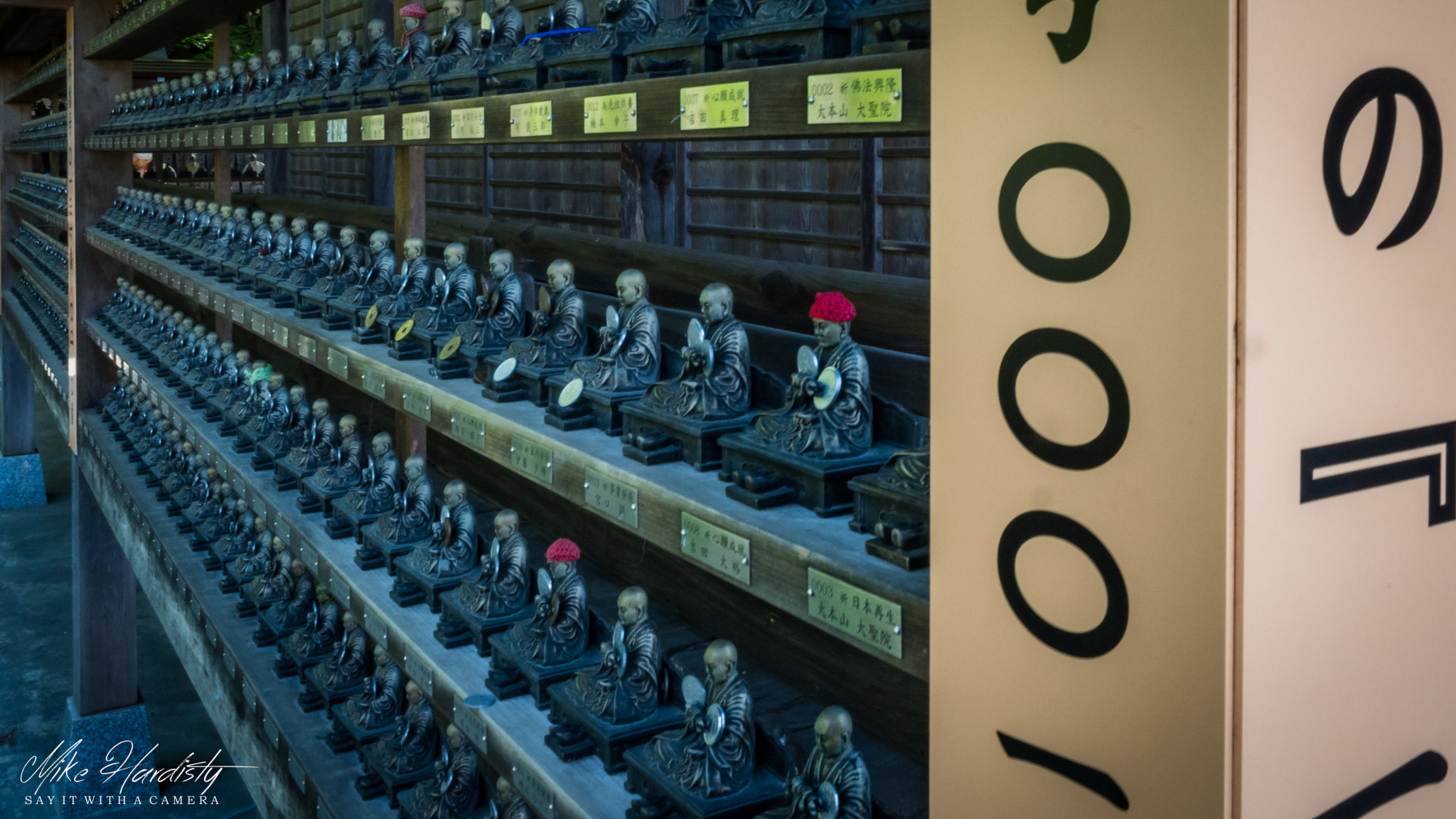 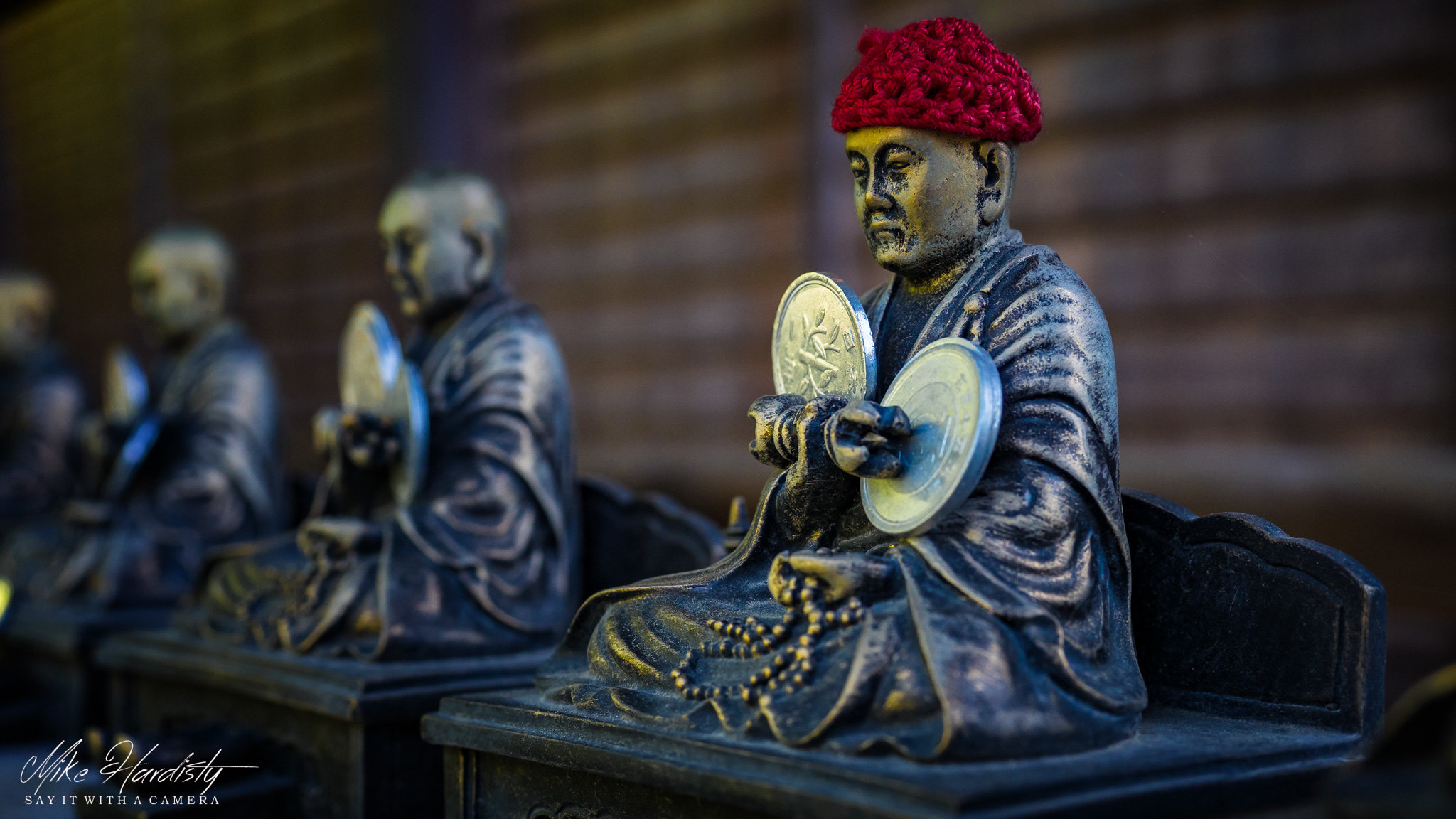 For me this was the find of my visit to Miyajima, and I stumbled on it more by chance than anything else. I really should read the guides books, but they are like reading camera manuals. Anyway, it’s called Henjokutso Cave. Inside the cave there are 88 principal Buddhist icons. Followers believe that instead of visiting the 88 temples of the Shikoku Pilgrimage, they can be given the blessing of the pilgrimage route by visting Henjokutso Cave. 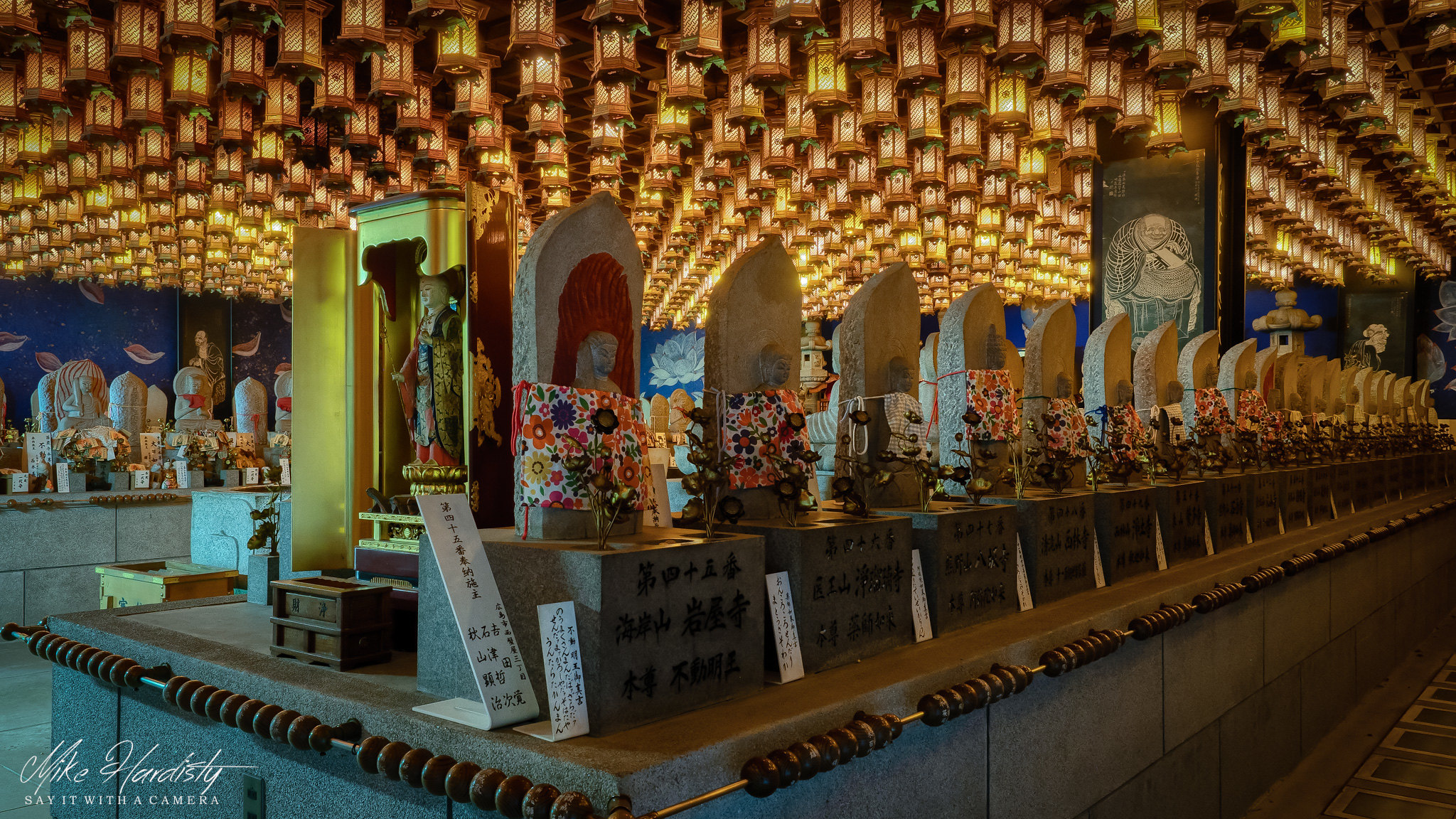 So that’s it from Miyajima. I hope you enjoyed the photographs – Mike