The semi-final of the World Cup is on. England are playing Croatia and everyone says “it’s coming home” (the world cup that is). England last won it in 1966.

However as a Scotsman, living in Wales, I’m off out for a bit of photography at Talacre with a few other togs who couldn’t care less whether England win or lose. I later heard they lost. So perhaps we can get back to some sanity in my house where “she who must be obeyed” is not screaming “c’mon ref he’s diving” or my all time favourite “oooooooohhh, he’s hit the post”.

So anyway down on the beach, timed for sunset (we didn’t get one) and an incoming tide. More on that later. To get to the beach you have to walk through the sand dunes before finally getting a sight of the abandoned lighthouse. 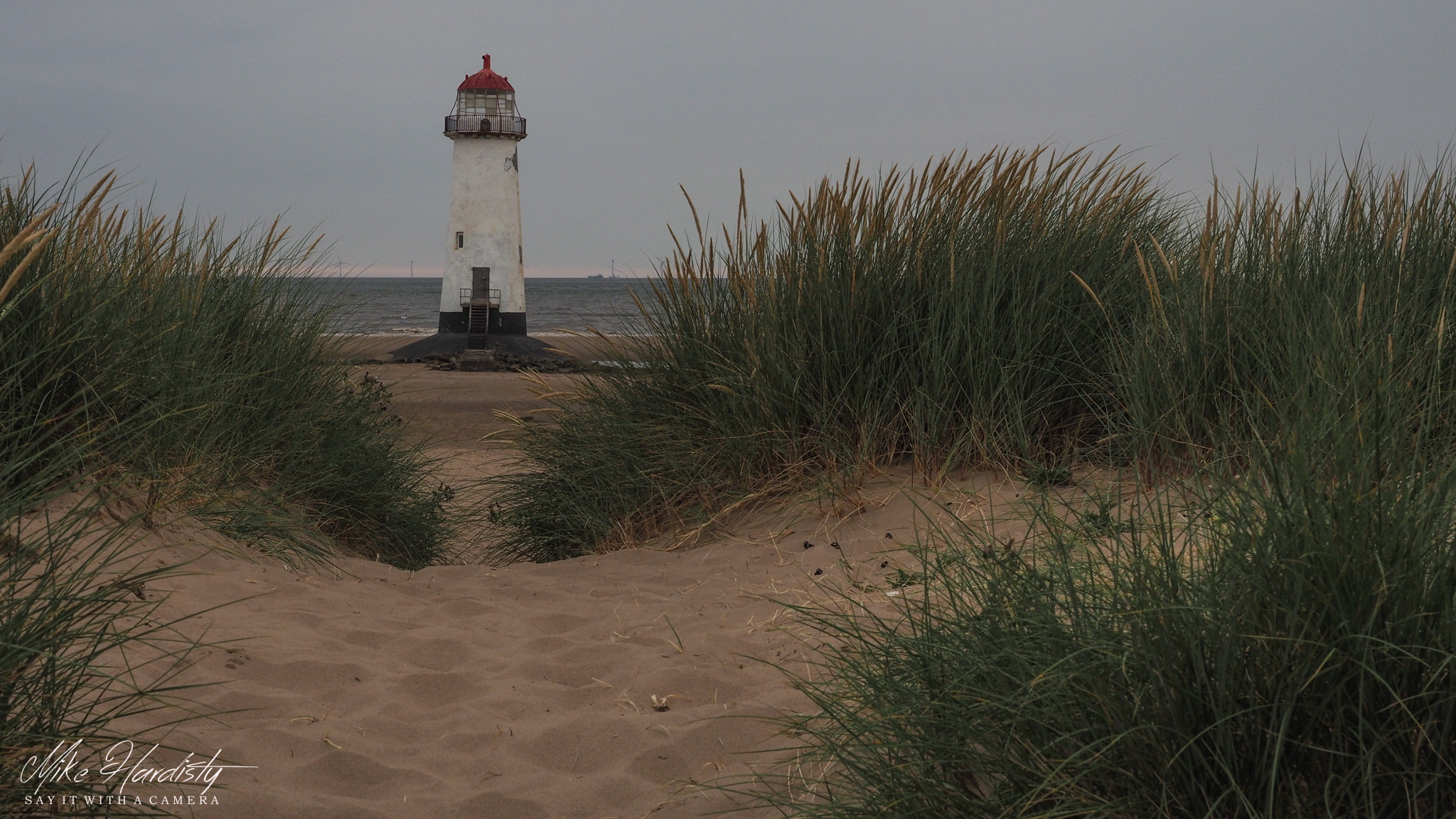 As you can see the sky is grey, and pretty flat so in order to get some interest in the photographs I’ve decided to add a 6 stop filter, with an 0.6 ND Grad and shoot some long exposures using a tripod and remote shutter release to steady the camera.With the incoming tide raining the waves a bit , the ND filter will smooth out the sea and hopefully I’ll get some good effects. The ND Grad should help bring some definition into the clouds as well. 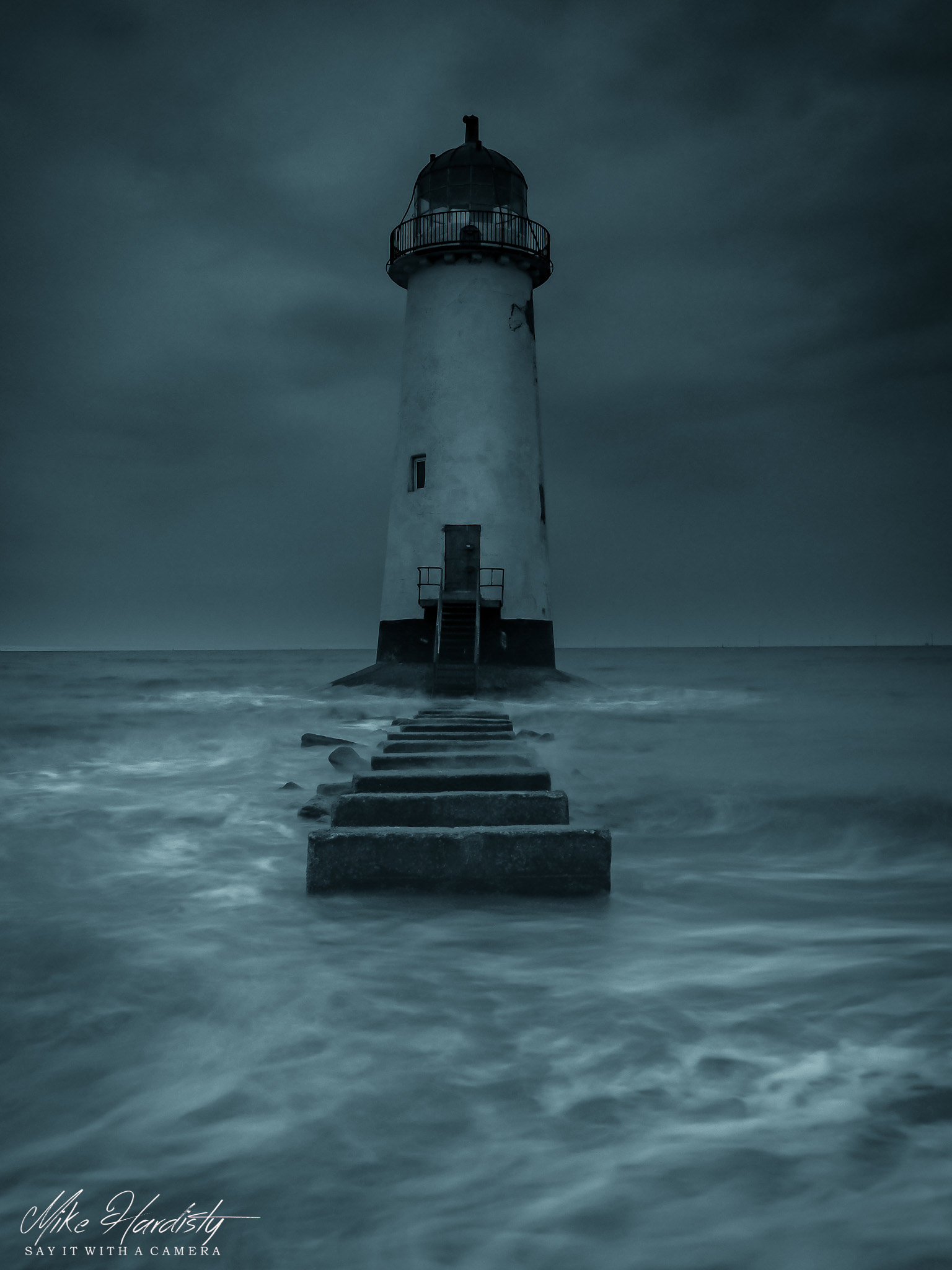 I’ve always been an advocate of “if you go to the beach check the tide times and height” and I did. I also noticed that where I was standing to take this photograph was a sort of sandbar and behind me was a dip. Ideal conditions for the incoming tide to creep in behind you, and it did. So there I am, thinking “just one more at a two second exposure” and then I’ll head further up the beach. My camera buddies had already moved and where shouting me to shift. When I turned around, oops. Lots of water between me and dry land. Fortunately I did have my wellies on so was able to wade through the water which was rising pretty fast and was just about up to the top of my wellies.

In reality I wasn’t in any real danger, because I could have run further along the beach and crossed where it was still pretty shallow.

But the moral is “don’t be distracted by one more shot and always be aware of what’s hapining all around you”. How many times have I told myself “no photograph is worth putting yourself in harms way”, and yet…….

So my final photograph is another of the Lighthouse. 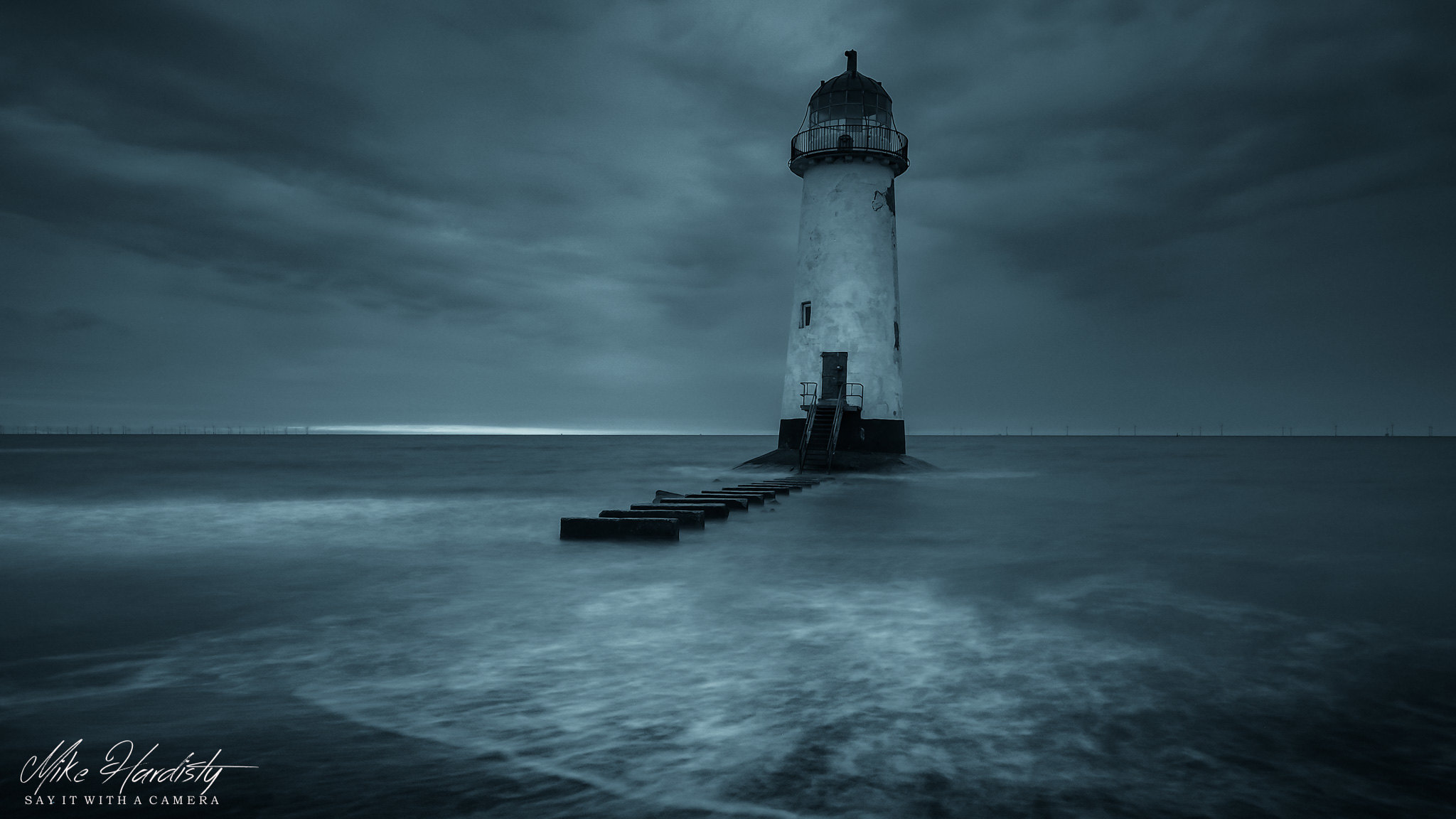 Last night was a bit of an experiment for me. I’m a proponent of shooting in RAW. I have been for years, but just recently I read an article about using JPEG if you weren’t going to be altering the photograph too much in Lightroom or Photoshop, which is generally true for me. Probably not ideal conditions for such an experiment but I decided to stick with it anyway. I’d also been reading about a different way of processing for Black and White and also decided to adopt that method as well. With the non, existant sunset and grey skies I thought that might be a good idea.

So there you are, a few from last nights trip to Talacre.