As well as the beautiful National Park and coastline within my doorstep, I’m also lucky to have a several nature reserves and a race track within easy car distance of my house. With two big cities nearby I’m also sorted for street photography. But this week I’m going to show you some photographs from Trac Mon, which is a race track situated on Anglesey.

Now the good thing is, if you attend on a Track Day you get in for free to watch the car drivers or bikers testing their vehicles around the track. Other than the pit-lanes and competitors area you are free to take photographs as long as it’s not for commercial use. 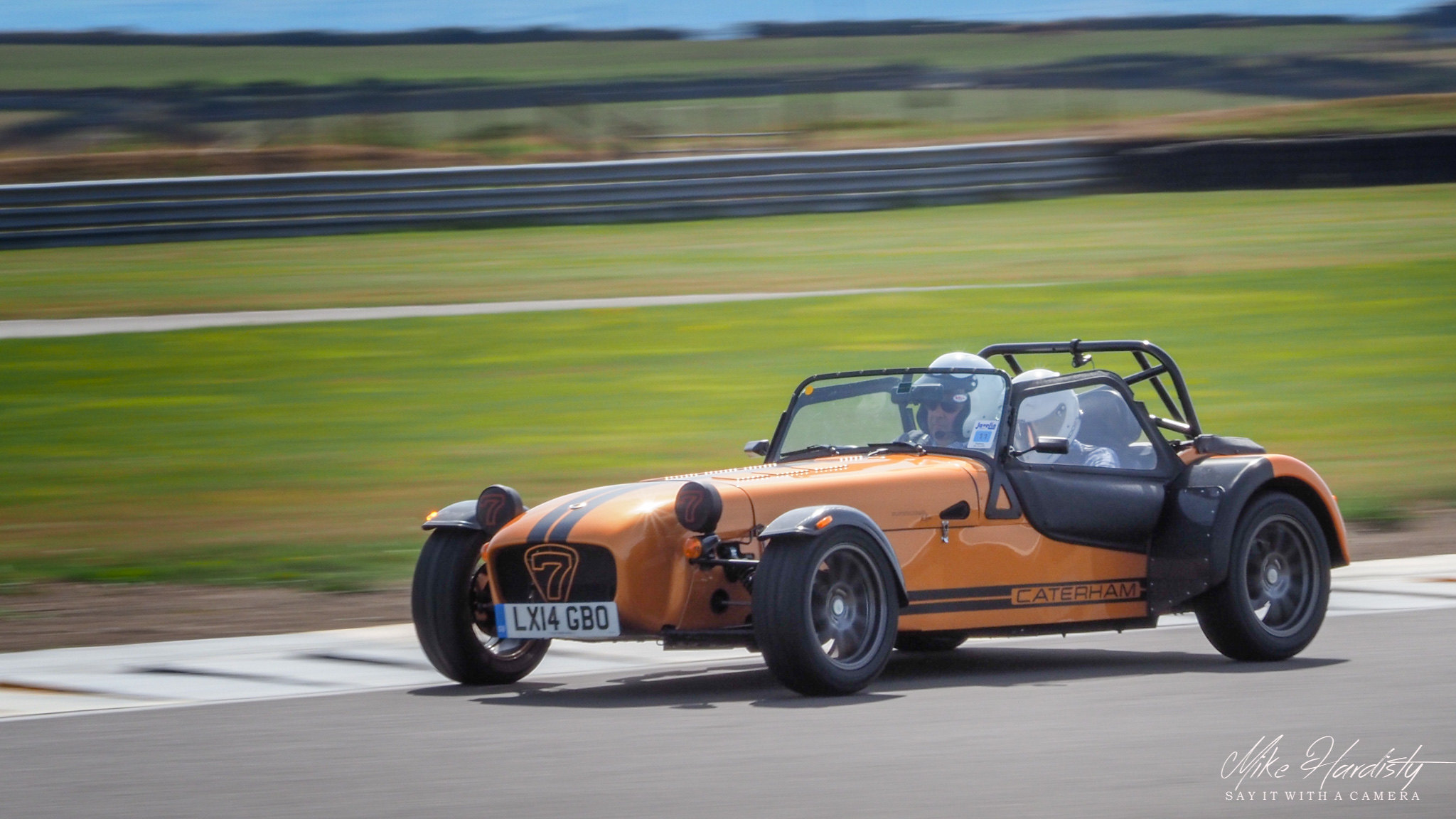 So on a beautiful sunny day we turned up, chose a spot to see the action and started clicking away. I must say this point I was using the Olympus OM-D E-M1 Mk 2 coupled with an Olympus M 75-300mm f4.8-6.7 II lens. Altough the lens will happily stretch to 300mm most of the photographs during the day were shot between 75mm and 150mm, mainly because you can get quite close to the track. 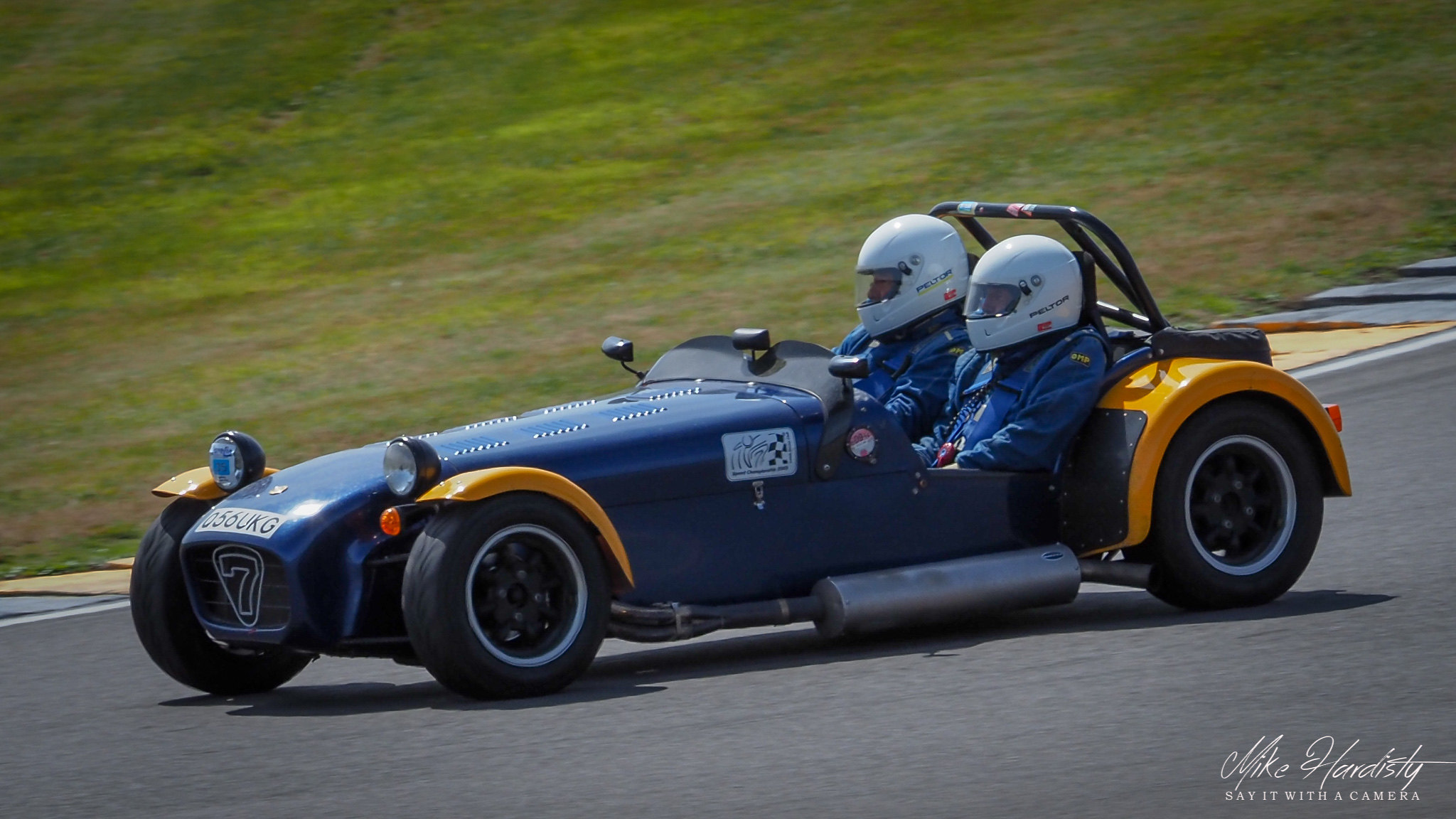 The idea behind a Track Day  is for drivers to test their cars, but not competitively. Normal race track rules apply and you can overtake, if someone is going slower, indeed they are expected to get out-of-the-way, but it is not a race. 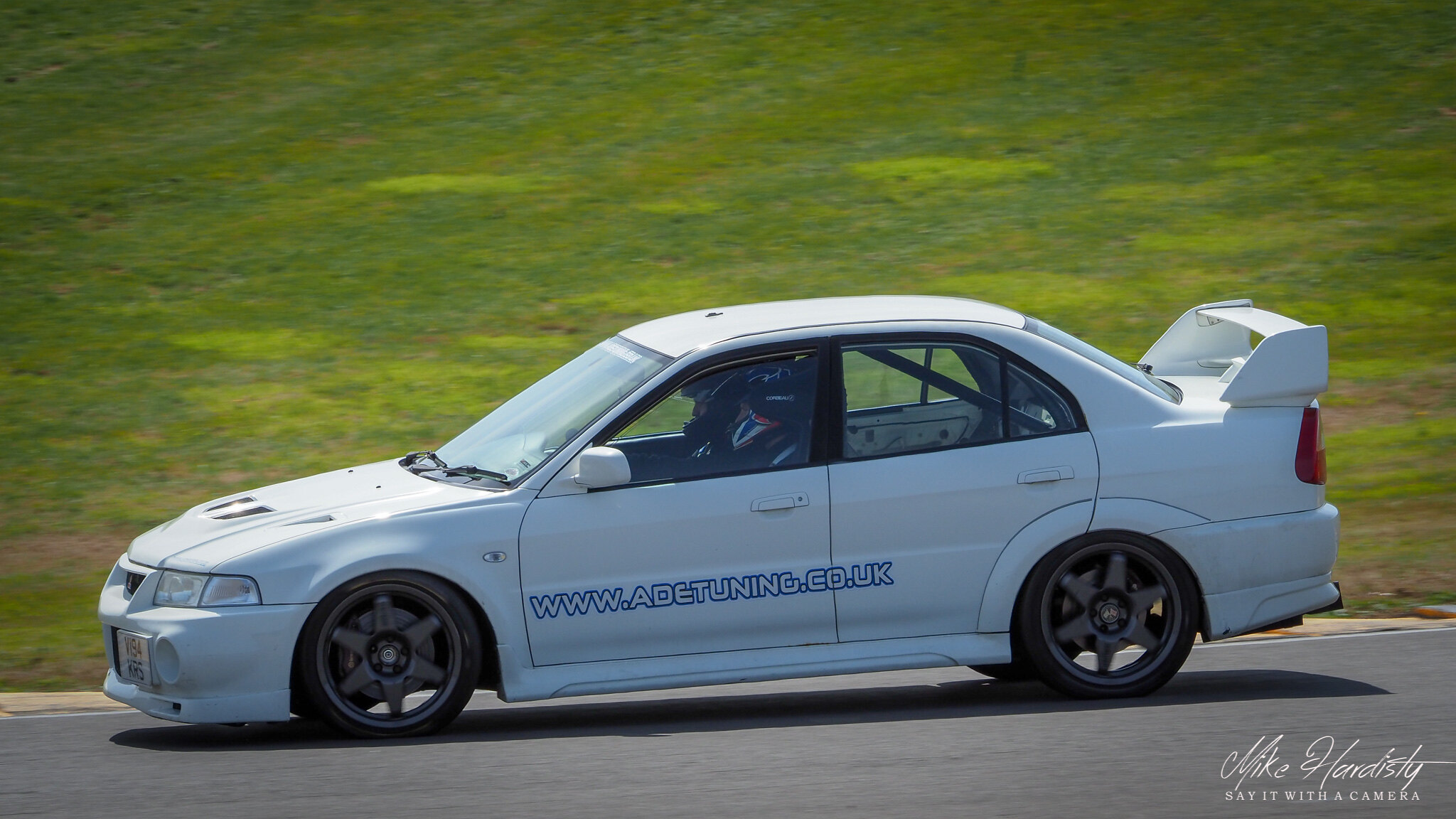 All sorts of cars are on the track, some are road going and can be driven off the track and onto our normal roads. Others are built especially for racing. But the one thing they have in common, inside they must be equipped with all the correct safety equipment. 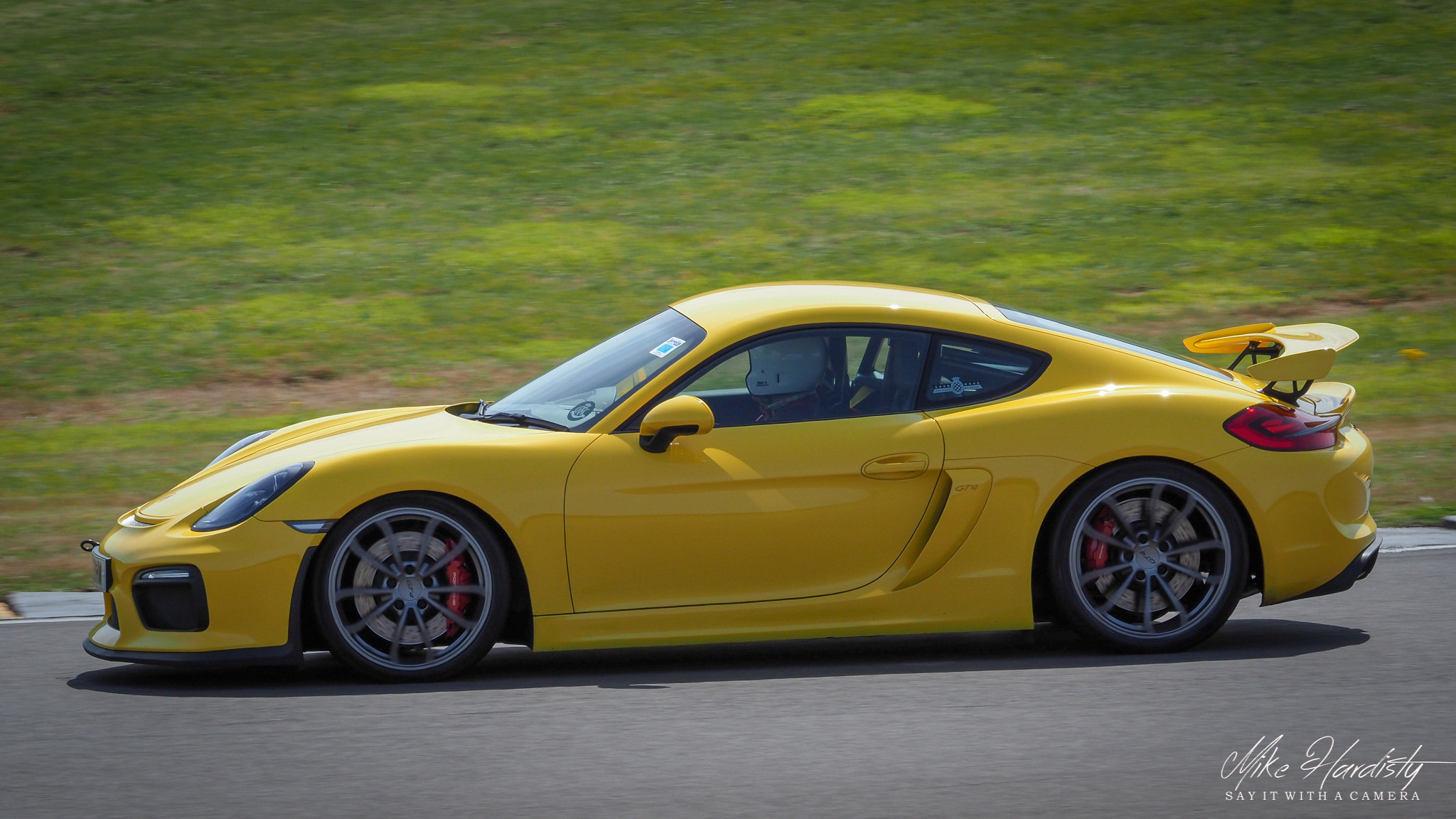 You’ll also notice that the drivers are wearing safety gear as well. 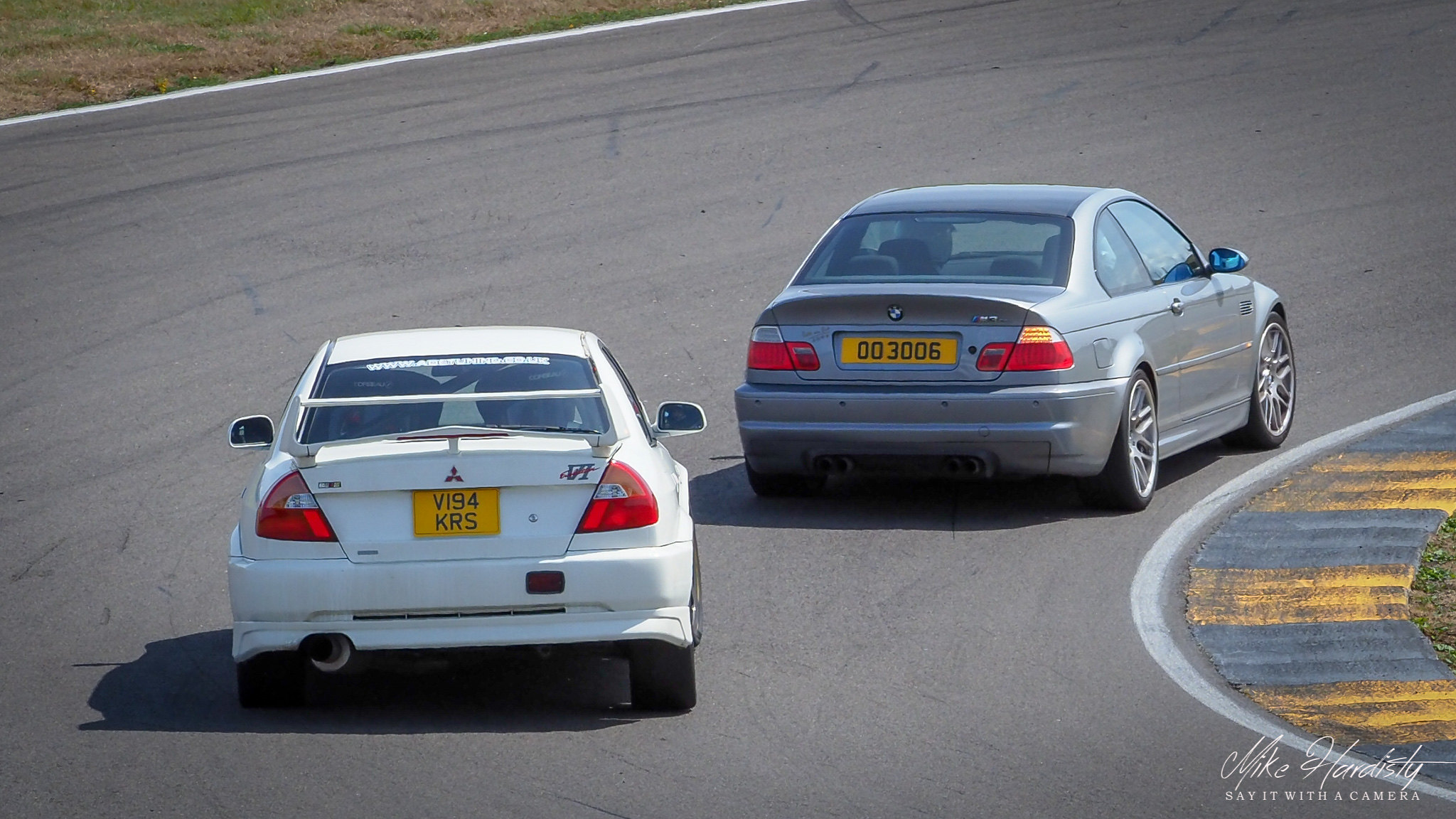 On the day I shot hundreds of photographs and unusually for me I was shooting JPEG’s instead of RAW. Mainly because JPEG’s save faster to the camera’s memory card, but I’ve come to realise recently that 99% of the photographs I make public are for my blog or Facebook. SOOC photographs save me a lot of time, so a quick crop and away you go. 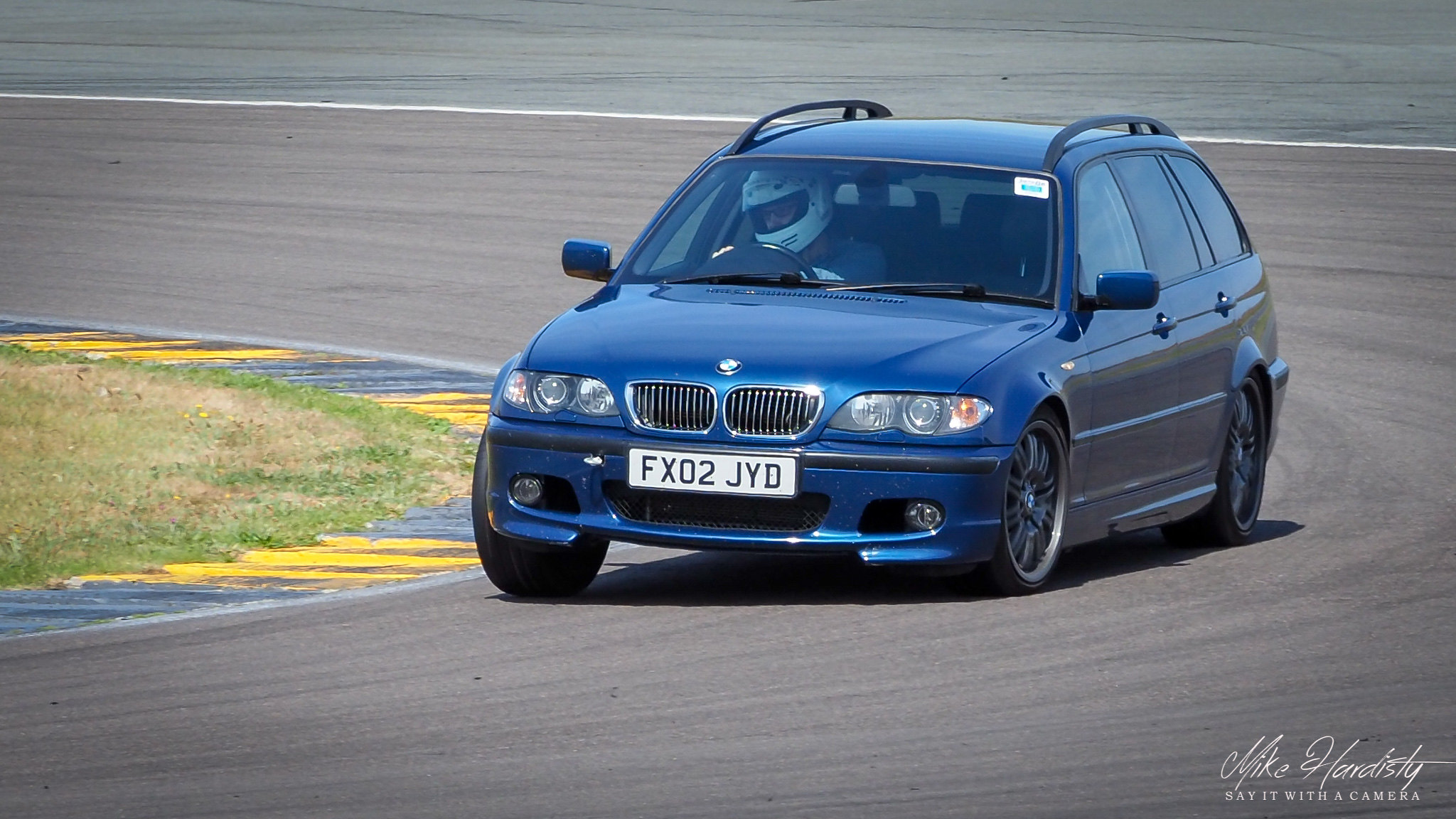 But something else, previously I’ve always kept everything I shoot. but I have now started to seriously cull what I leave on my hard drive. 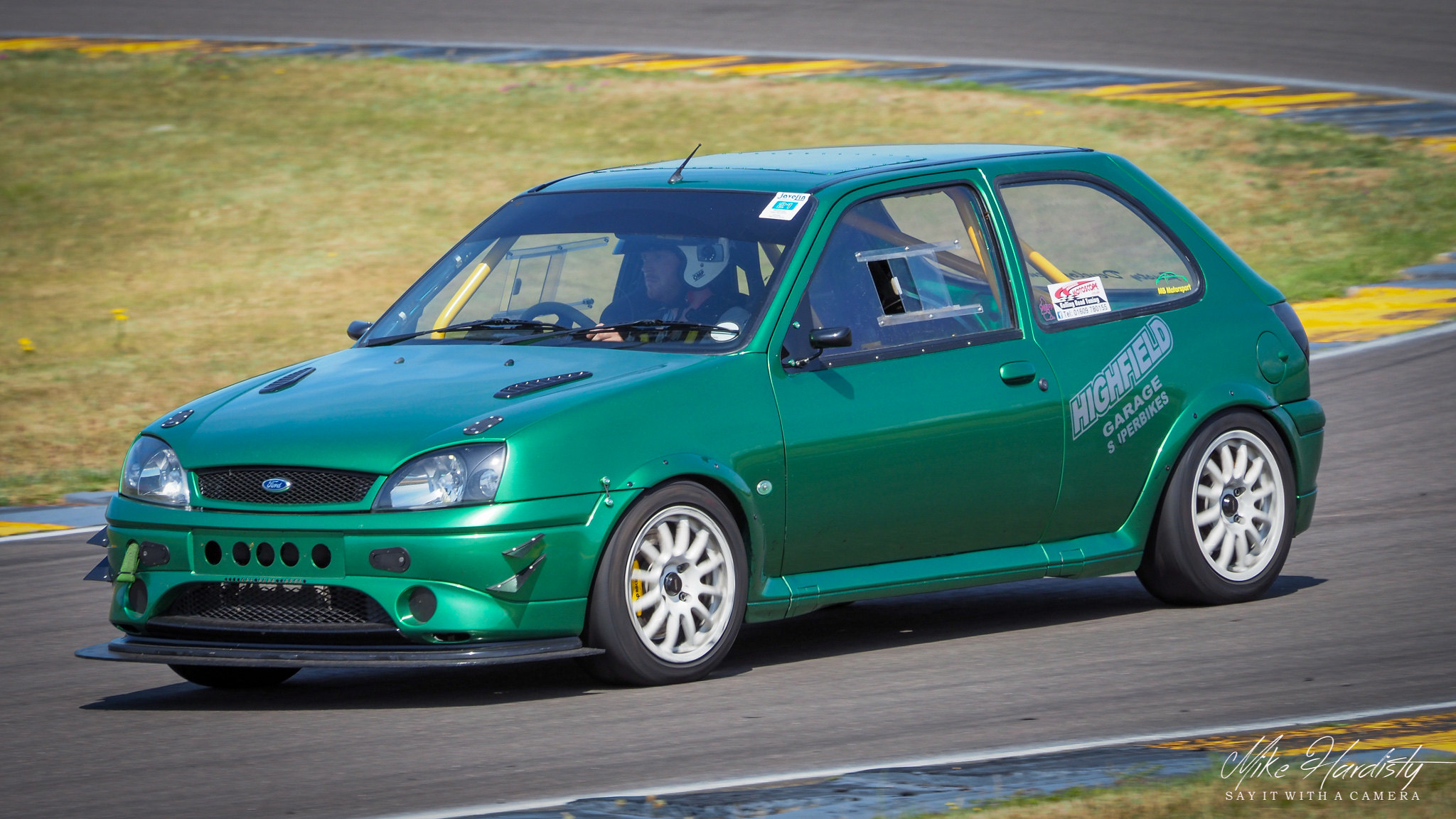 Anyway a few more photographs to finish off what was a really enjoyable day at the track…….. 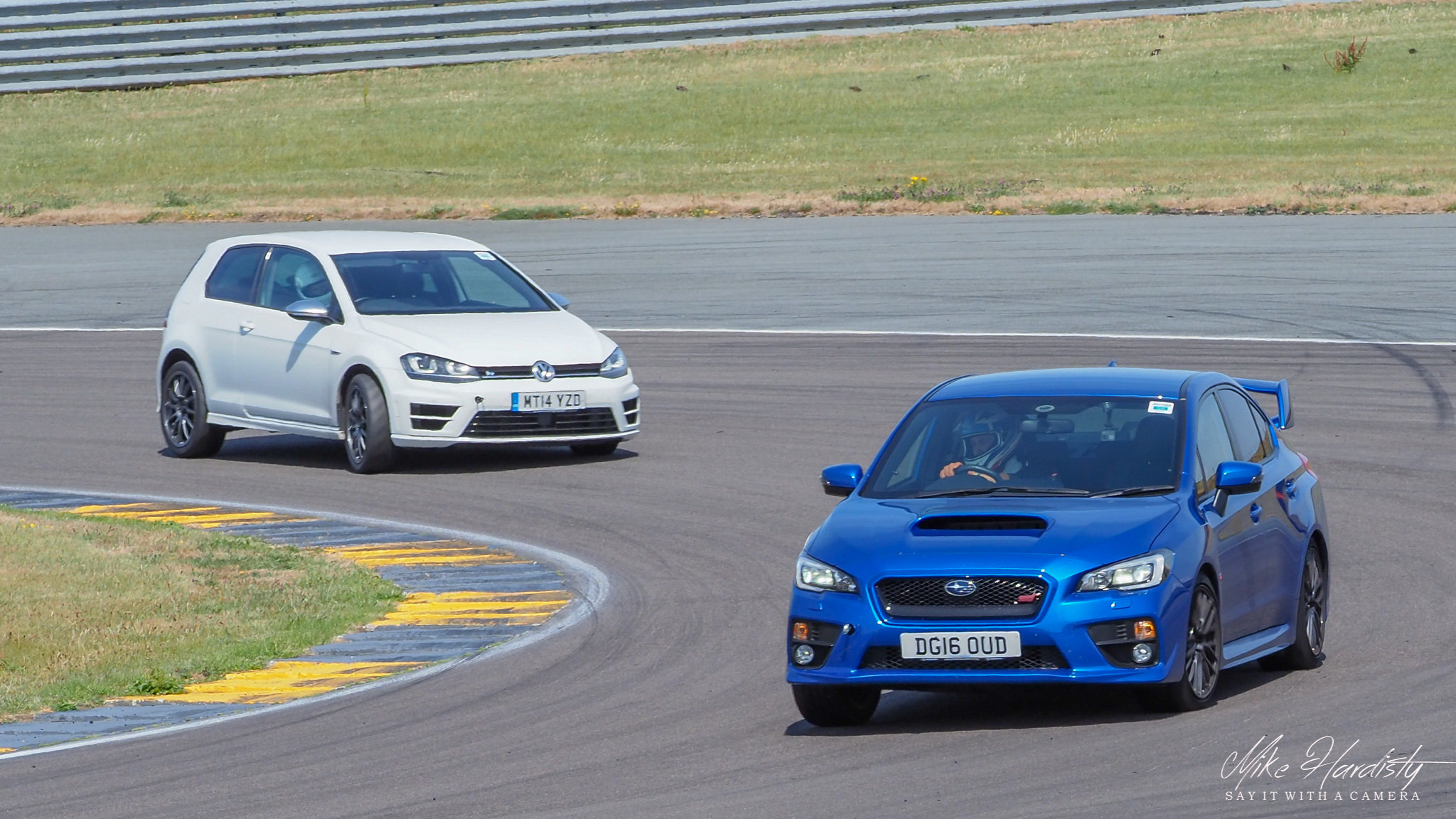 ……..except for the sun-burn. Trac Mon is tight on the Anglesey coast and there’s a nice cool breeze. So yours truly didn’t put any sun screen on. Silly boy, a hot flush, bright red nose, I would have put Rudolph to shame and tingling ear extremities where the sun caught me. Stupid thing is, I had the sun-screen in my camera bag. I always carry it in the summers months just for this very reason. 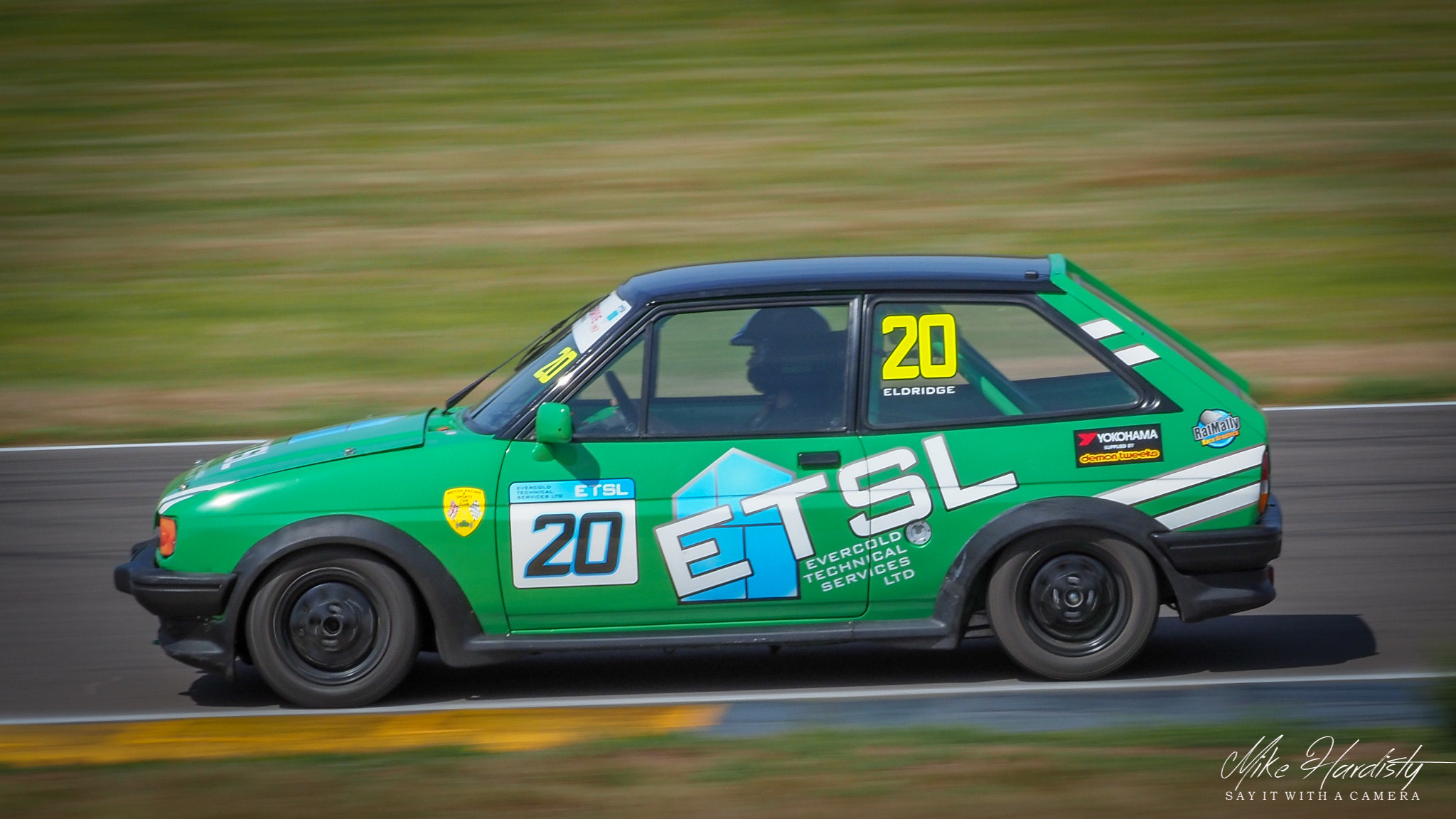 Nice little car, that green one, and he wasn’t hanging around on the track. I’m pleased with this one because I managed to track him and get the background blurred. Not a technique I use often, being mainly a landscape photographer. 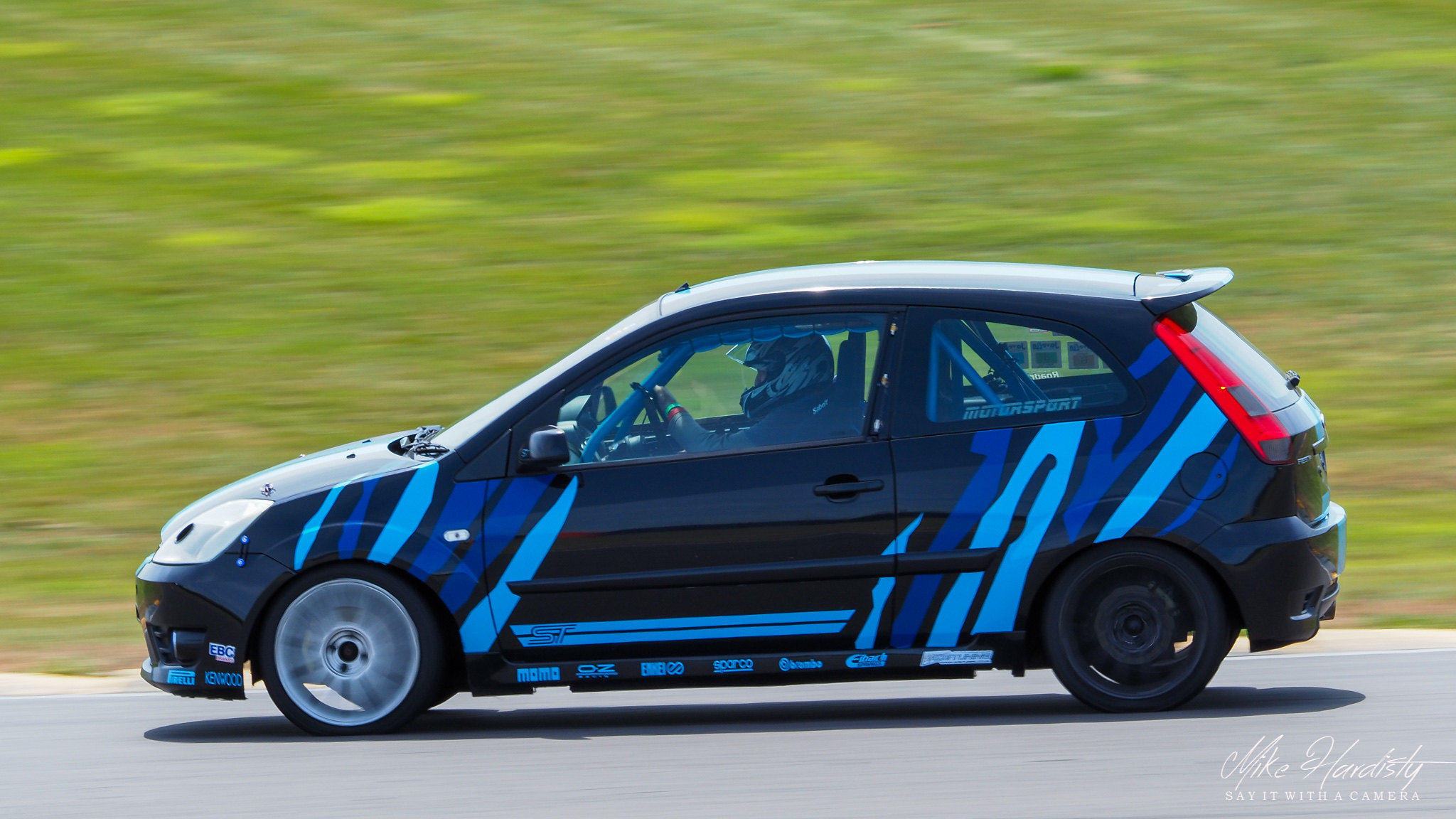 And a little blue one as well. Look at the blur on the front wheel.

My final photograph is of this Ariel Nomad. I had a chance to chat to the driver down in the pits before he started on the track and he was a really nice guy, sharing a lot of information about his pride and joy with me. 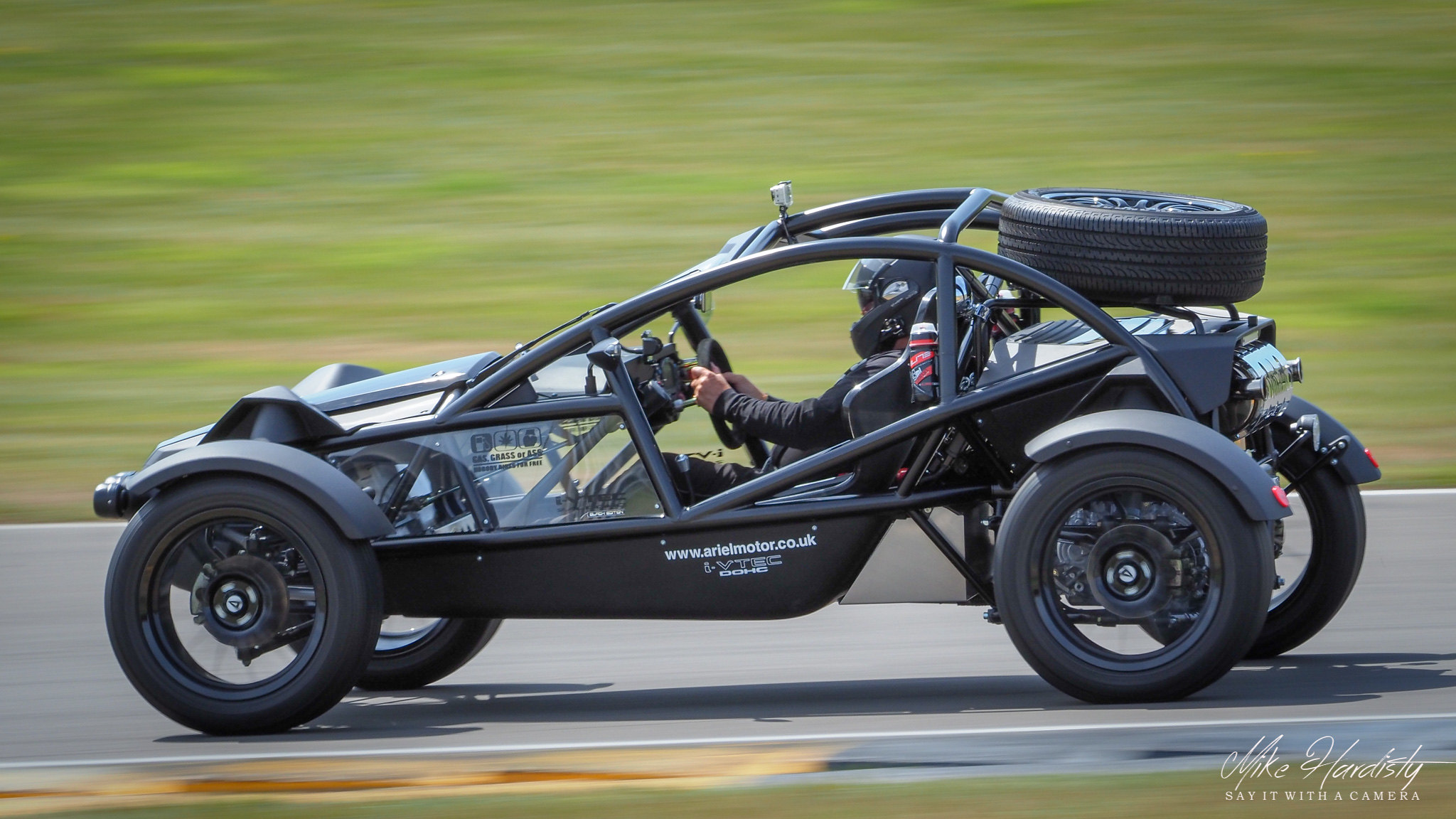 That’s it for this week and one final though. I really do wish the team would bring back the Weekly Photo Challenge. It was my main motivator to go out and capture photographs…. and of course write this blog.

One thought on “Track Day at Trac Mon, Anglesey”