Way back in 2013 I wrote about the sea defences that protect Prestatyn and showed a series of photographs taken at sunset. When I look back at that post I realise how cringe worthy my photographs were then, mainly due to over enthusiatic use of HDR processing. Nowadays I would do those photos completely differently, so I thought it would be interesting to compare what was then and and what is now. In each case I’ll show the “then” first, with the second being the “now” 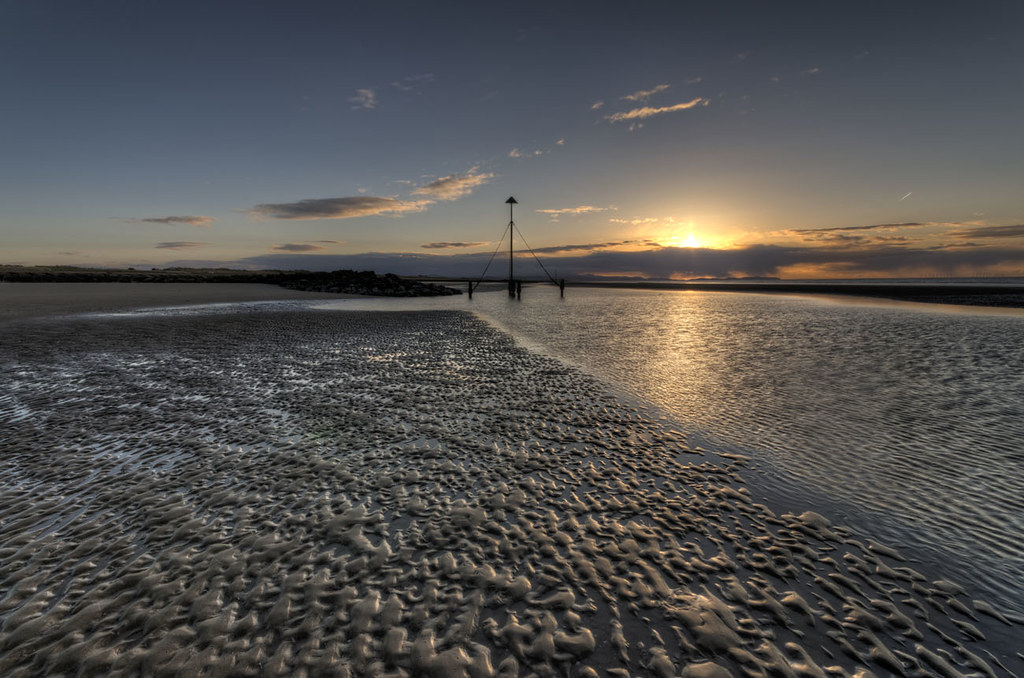 When you look at these two, the difference is not too bad, although I do think the bottom one looks more natural. Cropping to the “rool of thurds” has put a different perspective on the bottom photograph.

Lets look at another pair from the same post. 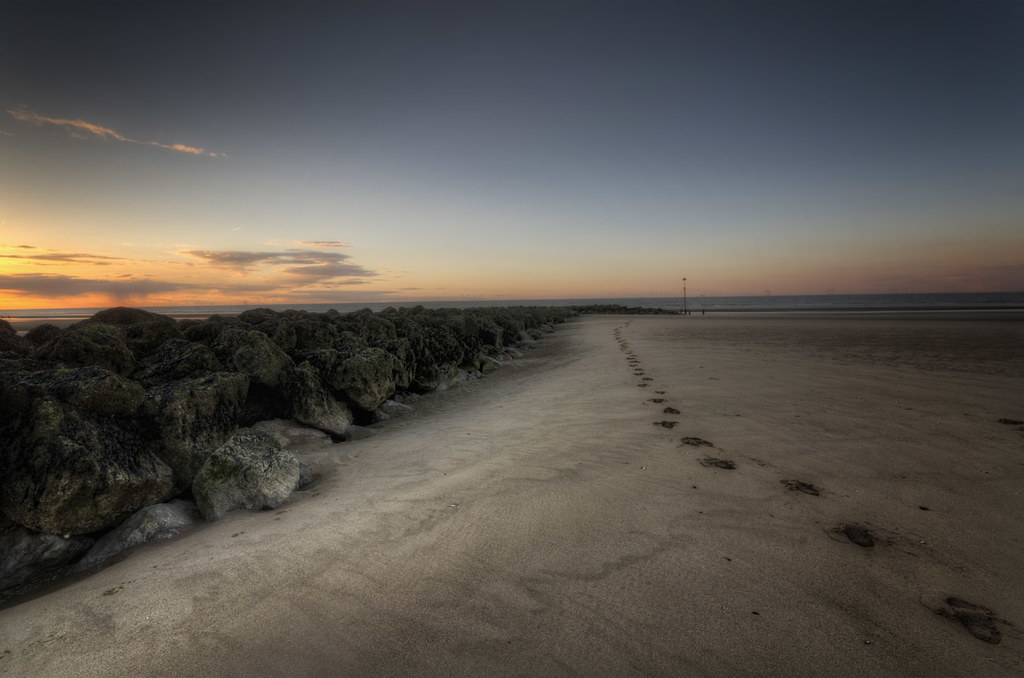 Oh! My goodness what was I doing in the photograph above. Mind you, I probably wouldn’t even have considered this photograph for inclusion in a blog post today. It’s pretty boring and has no obvious point of interest.

You can see where this is going. Nowadays I generally veer towards a more natural look for photographs. Yes, I still use HDR but not the pumped-up on steroids version of yester-year.

This one below was originally titled Blue Hour on Prestatyn Beach and so I pushed the emphasis of light towards the blue end of the spectrum, easily enough to do in Lightroom. But I was so into pushing the colours and bringing out detail from the shadows that I often forgot to take care of lens flares or dust spots. 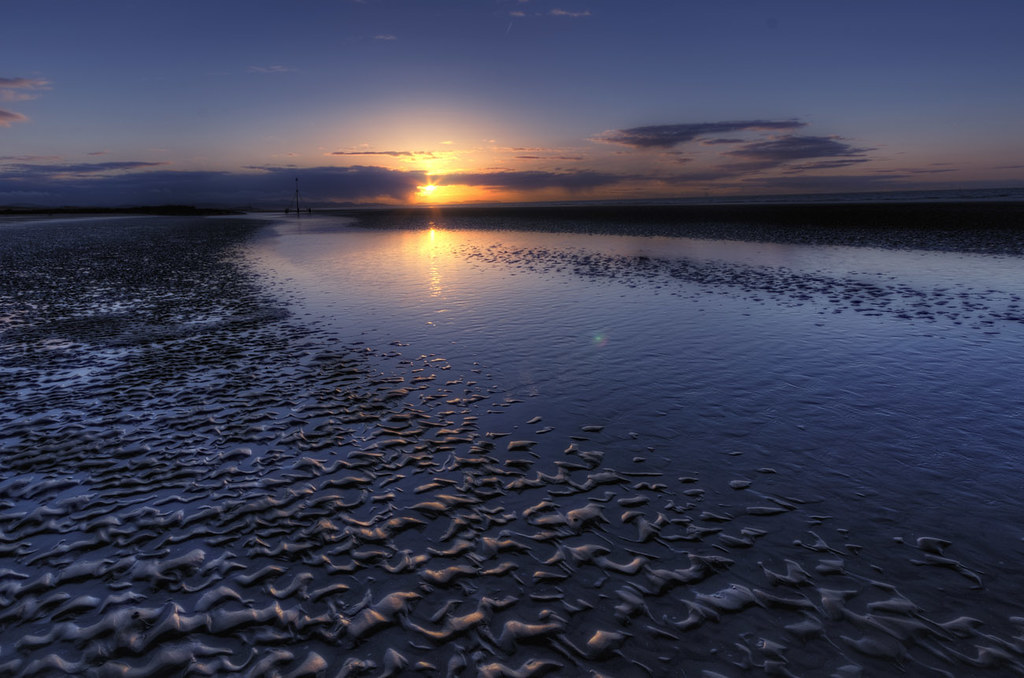 This is probably another photograph that I would reject for use on the blog. But I do prefer the more warm colour.

Over the years I have tried just about every HDR program that’s available for PC. When I want something a little bit grungy, usually abandoned buildings then invariably I will resort to PhotoMatix from HDRSoft but I don’t push the sliders, like I used to do. Today I’m more likely to use Exposure Fusion than Details Enhancer. If you’re a PhotoMatix user you’ll know what I mean.

This is supposed to be sunset and yet you can see every detail in those rocks below. There are no shadows to speak of and that’s what I was trying to achieve in 2013. Really. 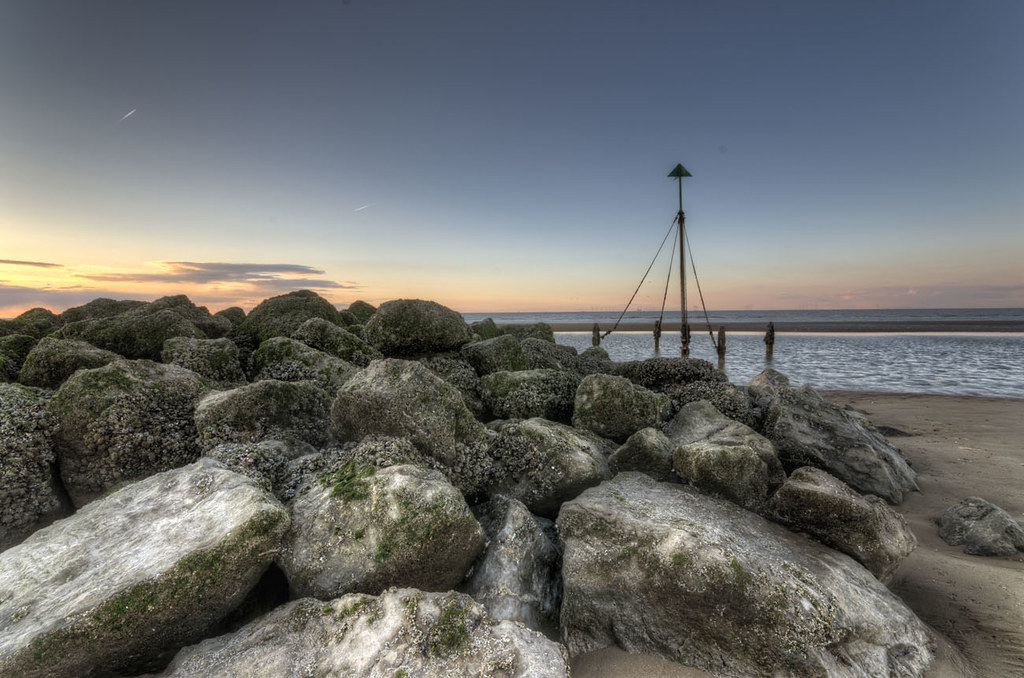 With the sun setting, those foreground rocks would never be like that. Come to think of it, even in broad daylight they wouldn’t be like that.

Halo’s around the groyne marker caused by pushing the strength slider in PhotoMatix far too high and then I think I added a touch of Glamour Glow from NIK Color Efex as it was then. 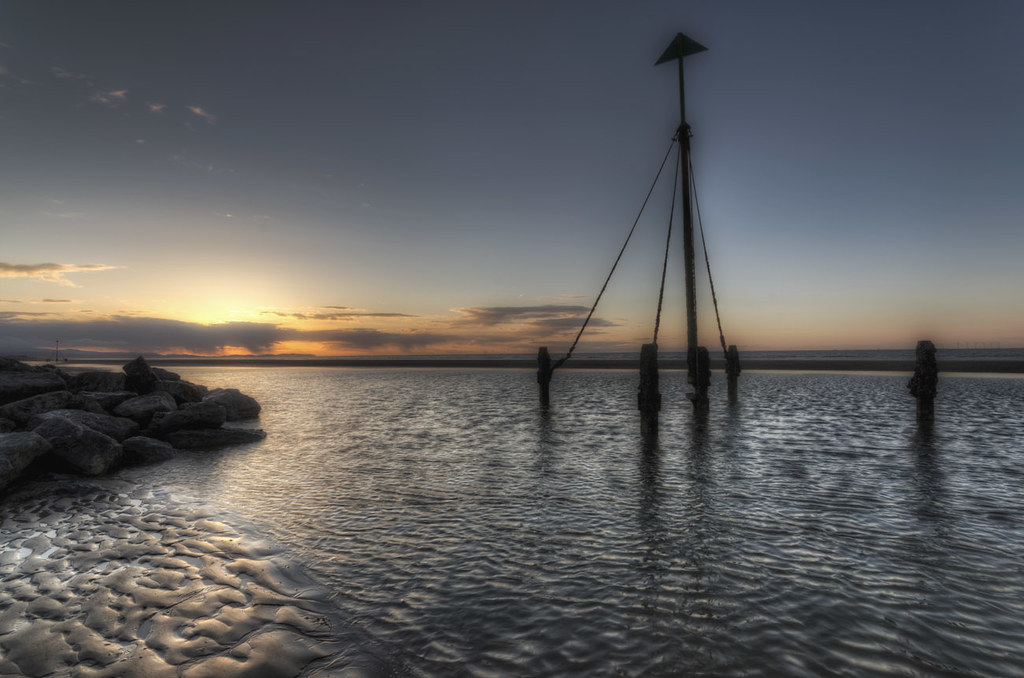 Compare this to the far more natural version of the same photograph below. I know which one I prefer.

Earlier in this post I mentioned the Detail Enhancer preset in PhotoMatix which if over enthusiatically used tends to give that grungy, way over the top look so indicative of HDR on steroids. 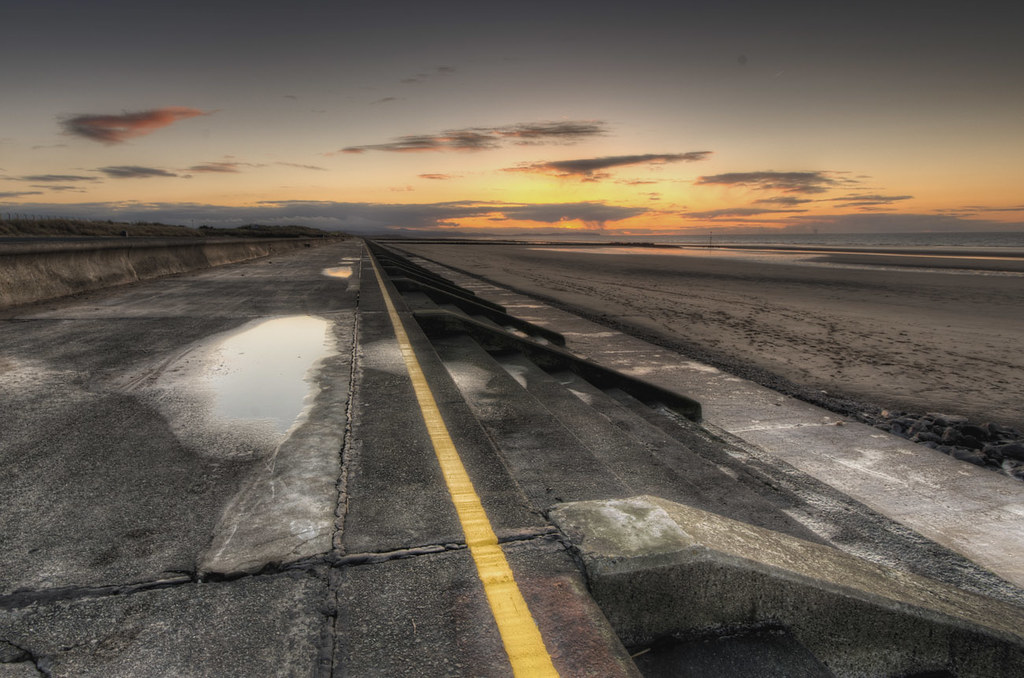 Compare that to the photograph below that, yes has been blened for HDR, but this time in Lightroom, then sharpened using Frequencty Separation in Photoshop. I hope you’ll agree it’s a vast improvent from it’s 2013 version?

OK! My final photograph for this post. Oops look like I really went to town with this one in Photomatix. 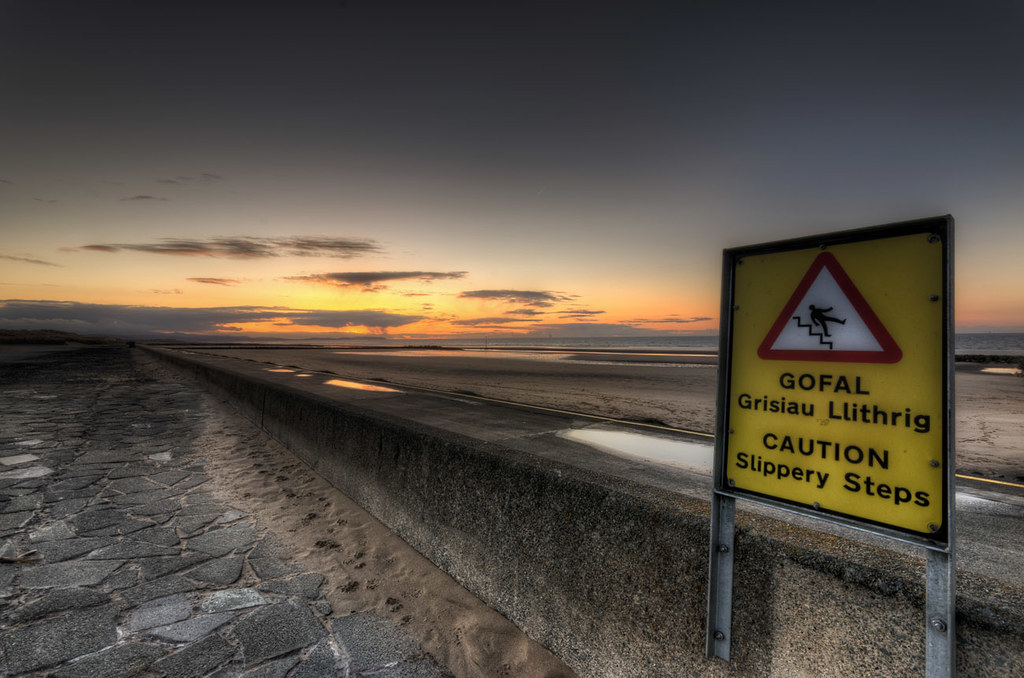 I’ve alos learned how to correct perspective issues, which has been made so much easier in Lightroom these days

Well that’s it for this post. I hope you’ll take time to comment. Do you think todays version of the photographs is better than those from 2013. I really would like to hear your thoughts – Mike