First of all, let me say, if you ever want to look at a larger photograph, just click on it. You’ll be taken to my Flickr photo stream.

There’s a hidden valley in North Wales where the scenery is quite beautiful. Where is it? Shhhh! That’s a secret.

Access to the valley is up an old quarry track, passing by a waterfall on your way. 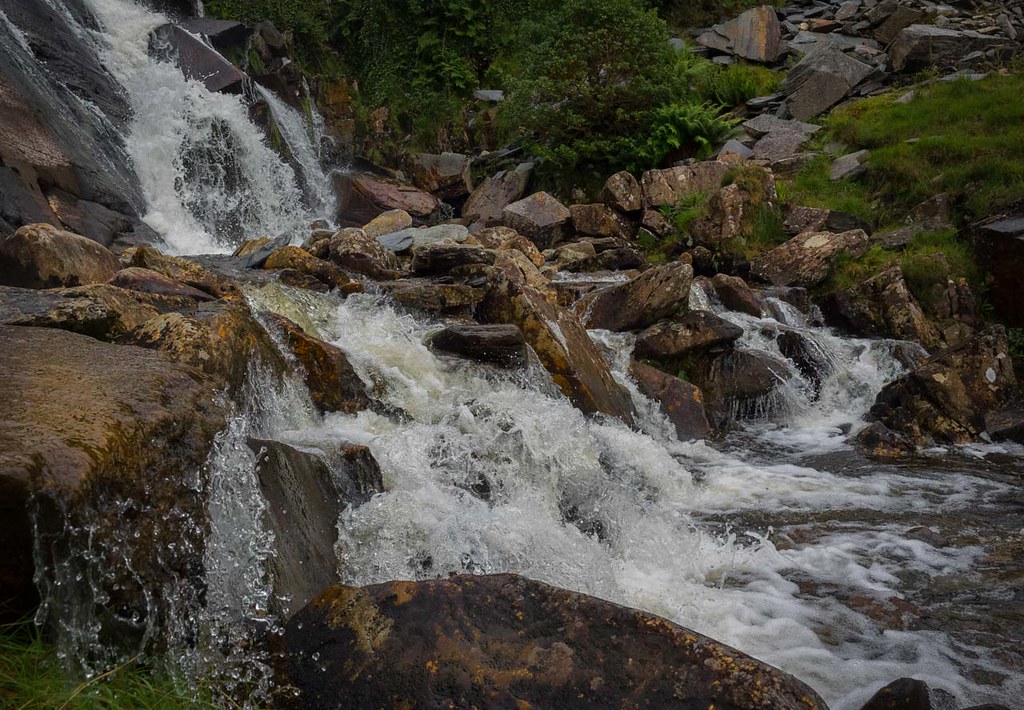 Following the path, which has quite a steep climb before it levels out, you will eventually reach the valley floor at 1072ft. Fortunately at the start of your climb, from where you can park a car you’re already at 880ft, so it’d not too far.

One of the first buildings you will see is the Terrace. Built about 1860 and consisted of 8 houses. Five more house were built in 1870. The census of 1871 recorded that there were 32 people living in the row of houses. 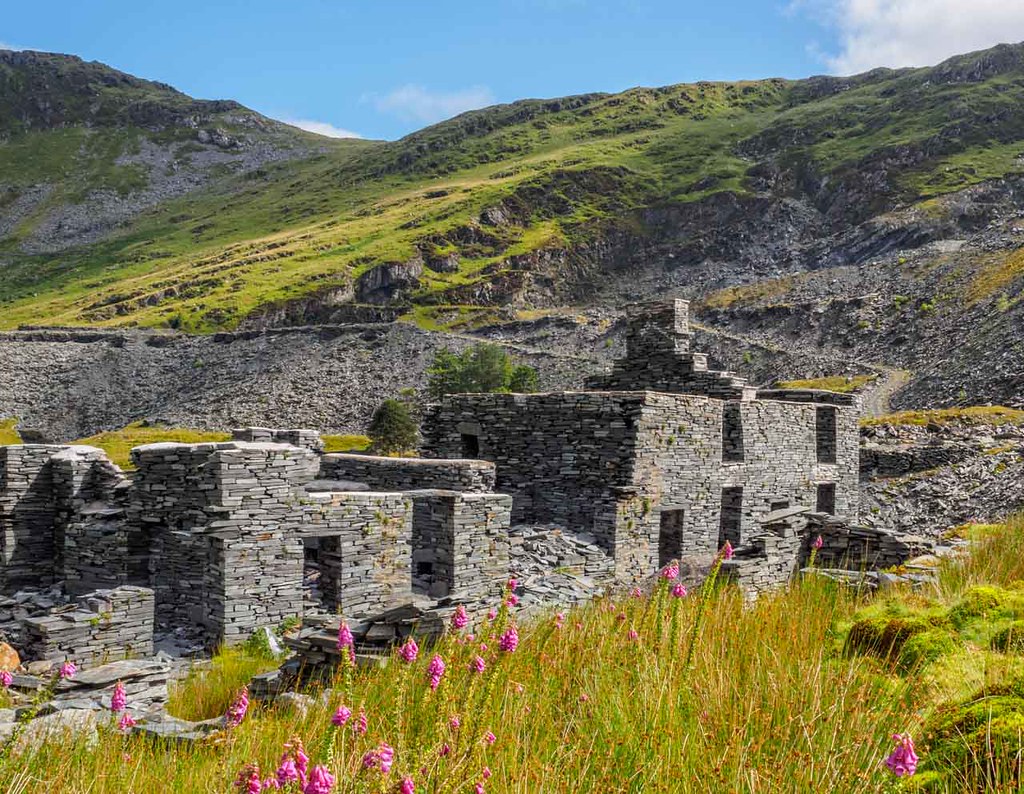 Just opposite the Terrace is the lake which more or less stretches along about three-quarters of the valley. From the photograph you see here, the Terrace is situated to the left . 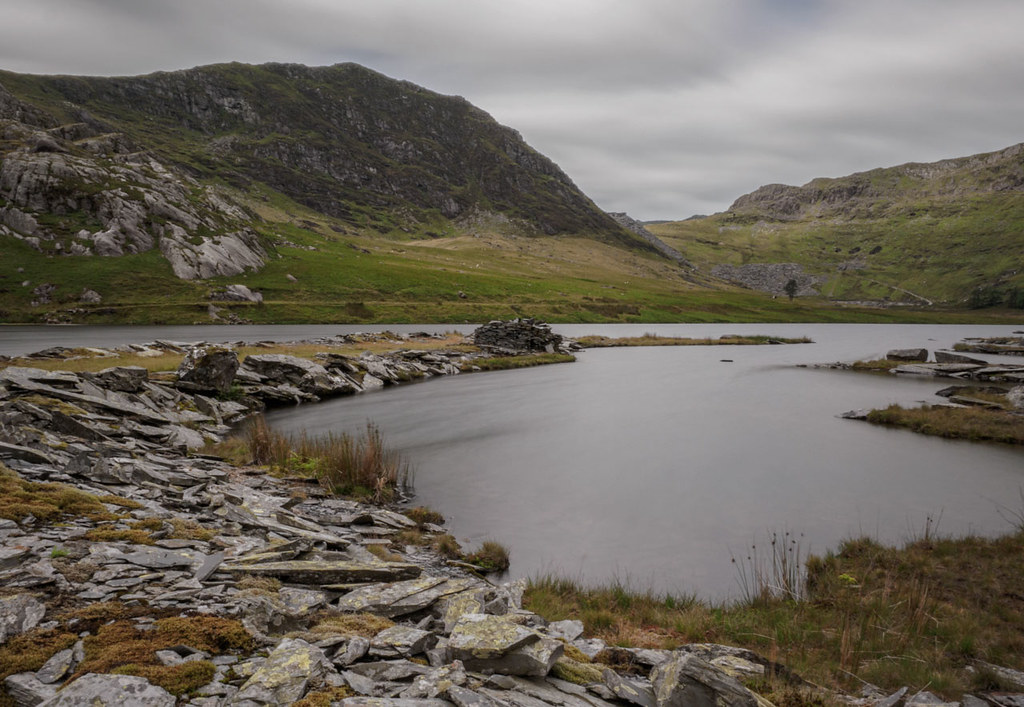 From the Terrace I started to follow a path to the left around the side of the lake. Eventually I came to this old building which used to be a chapel. It was built about 1867 to accommodate 100 worshippers. Sadly, like all the buildings in the secret valley, it’s now a ruin. Notice the slate fence, lining the path. 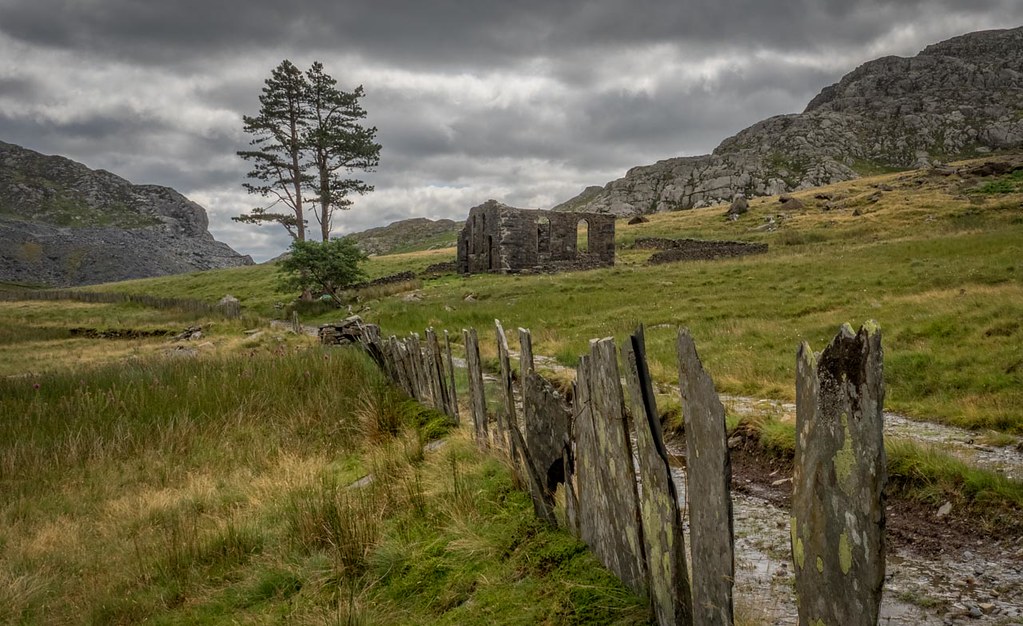 Carry on up the valley and you’ll come to the stables which housed the ponies who were used in the quarry. Look closely and you can see the chapel in the distance. 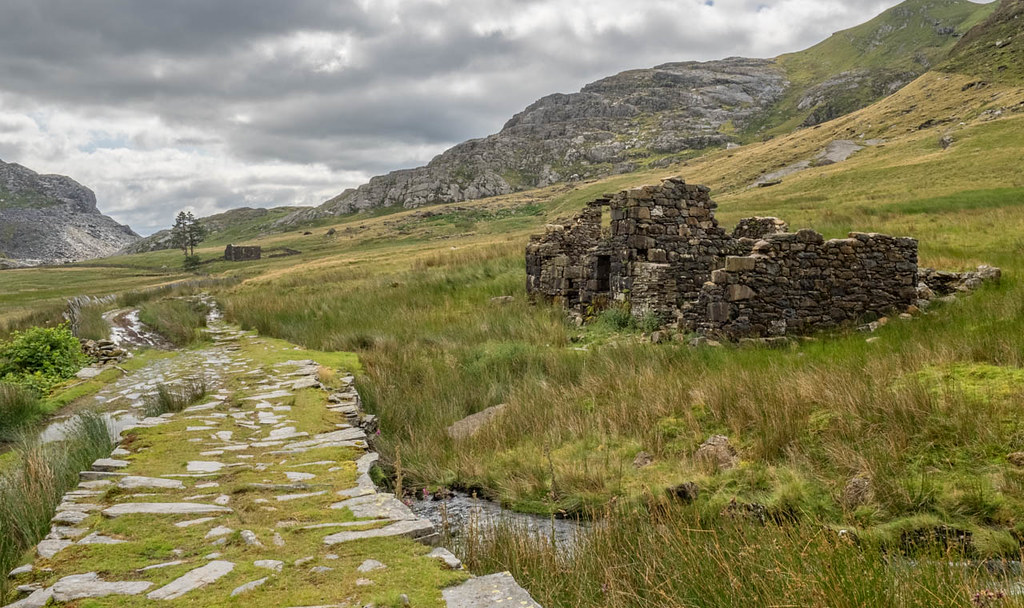 Just behind the stables is another Terrace which was built between 1865 and 1881. Here’s an interesting fact. These houses were not big. The chimney to the wall at the far right was the size of a house. Trust me I’ve stood in one, they really are small. Incredibly, No 1 housed 13 occupants, John Williams, his wife Elizabeth, six sons, three daughters. That’s eleven people. The other two? Believe it or not, they were lodgers. 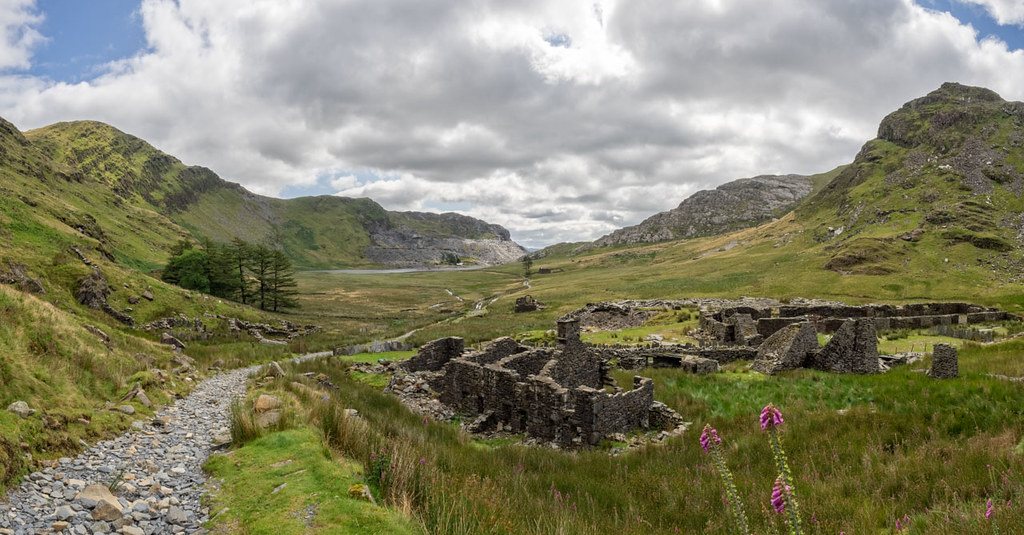 The path I’m standing on leads to the quarry further up the hill. It rises steeply as you can probably see. Fine to walk on during the summer months, but I’d hate to attempt it in the winter when the snow was down. Yet the quarrymen did, nearly every day of the year. There were few holidays in those days.

Just below is another view of the Terrace near the quarry. 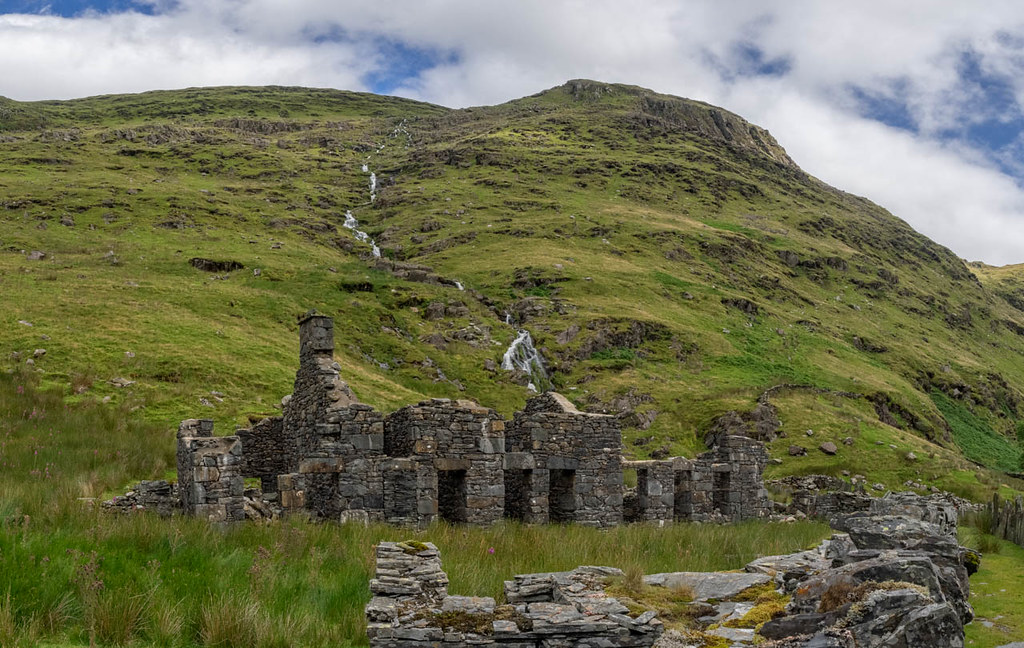 There are other buildings in the valley which I did pay a visit to. But like the ones I’ve shown you they’re also ruins. so I’ve not included any photographs.

I hope you enjoyed this little visit to a secret valley in North Wales.