Consulting the rules of composition before taking a photograph is like consulting the laws of gravity before going for a walk. – Edward Weston

But once again Roolz is Roolz so here’s my two photographs for this weeks 52 Challenge. 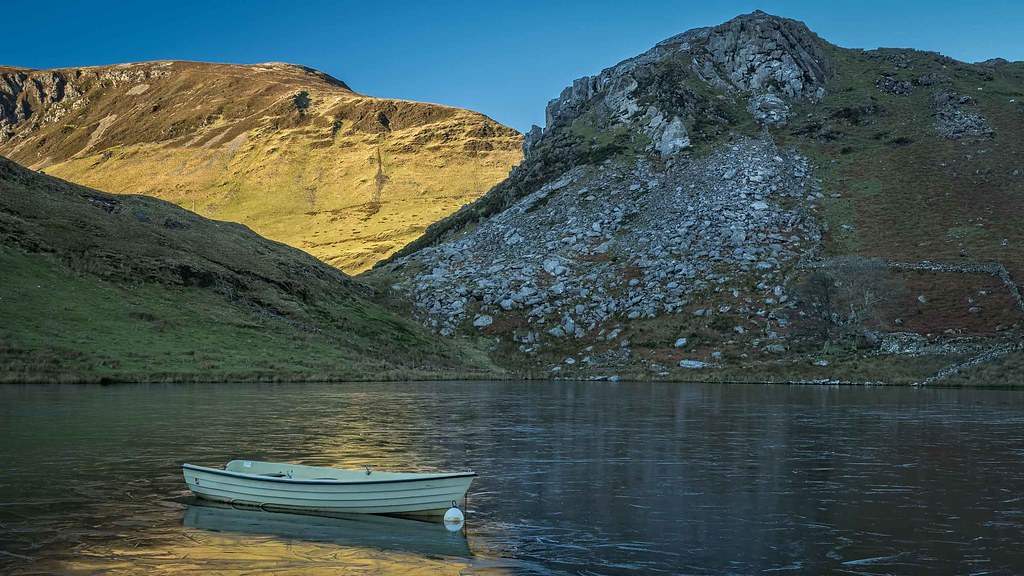 Although it was a sunny day, in the wintertime the lake is protected from sunlight by the surrounding mountains. So if it freezes overnight it takes a long time to defrost the following day. I’ve sort of stuck to the rule here. The lake is in the bottom thurd and the small boat is on th intersection of the bottom and left hand side thurds. Yes, I do know how to spell third but I do have…..well you know what my thoughts are on this crazy Rool guideline.

Rules aren’t any good if they don’t work! The only real rules are the laws of physics and optics. – Dean Collins

Similarly with the next photograph. The reflection starts in the second thurd of the photograph…..and that’s about as far as I’m prepared to go 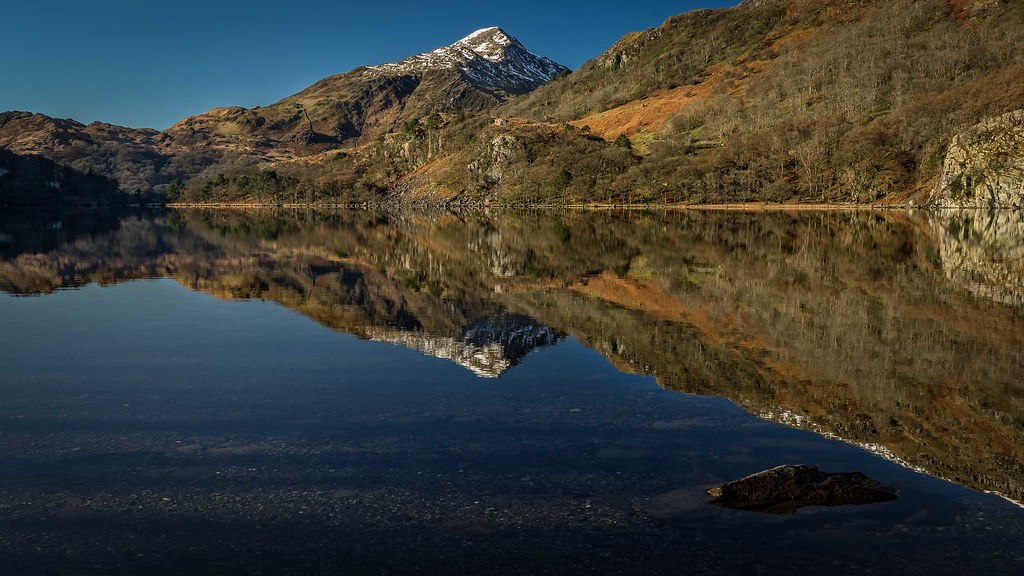 Last Wednesday was such a beautiful day, Clear blue skies and no wind. Although they are within miles of each other one lake was frozen and the other was flat calm giving those beautiful reflections we can see. It so hard to describe to someone what it was like and Cameron Lawson so aptly describes the dilemma he faced

I would come home from a climbing expedition and find it hard to describe the experience and beauty to my friends and family. Photography allowed me the vehicle to tell the visual story. – Cameron Lawson