Spent all day at the beach yesterday with a bunch of photographers photographing the amazing sculptures of Sir Antony Gormley. The day out was organised by ShootMirrorless.com with the view to getting photographers together so we can share and discuss our art and techniques. 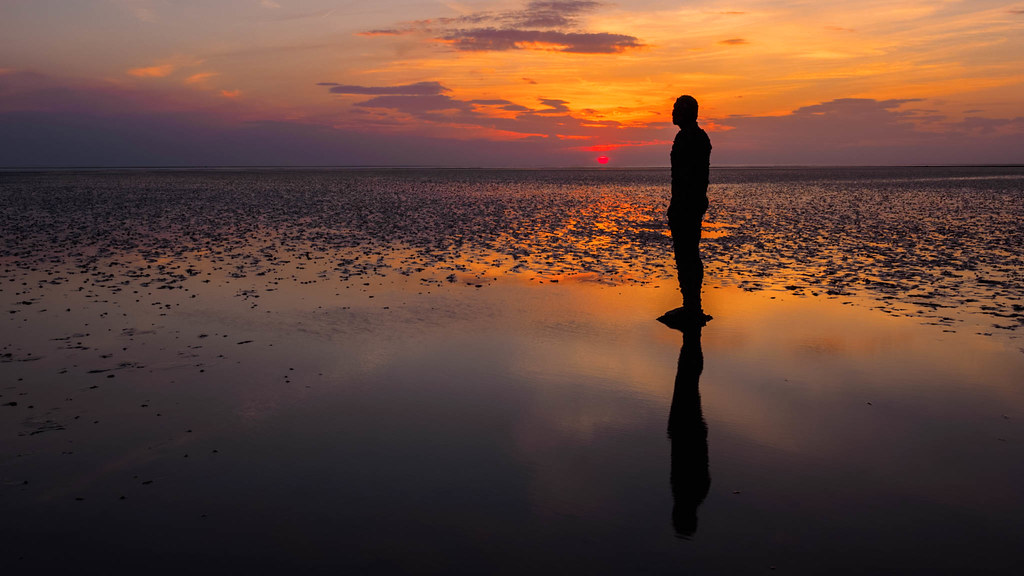 Another Place is a piece of modern sculpture by Sir Antony Gormley. It consists of 100 cast iron sculptures of the artist’s own body, facing towards the sea. After being displayed at several locations in Europe, it has become permanently located at Crosby Beach in north-western England. The work was controversial in the local area due to issues such as possible economic gain or environmental damage from tourism. A meeting on 7 March 2007 by Sefton Council accepted proposals that would allow the sculptures to be kept permanently at Crosby Beach in place of being moved to New York.

The cast iron figures face out to sea, spread over a 2 mile (3.2 km) stretch of the beach between Waterloo and Blundellsands. Each figure is 189 cm tall (nearly 6 feet 2½ inches) and weighs around 650 kg (over 1400 lb). In common with most of Gormley’s work, the figures are cast replicas of his own body. As the tides ebb and flow, the figures are revealed and submerged by the sea.

The figures were cast at two foundries, Hargreaves Foundry in Halifax, West Yorkshire, and Joseph and Jesse Siddons Foundry[4] in West Bromwich. Another Place was first exhibited on the beach of Cuxhaven, Germany, in 1997 and after that in Stavanger in Norway and De Panne in Belgium. – Source Wikipedia

18 thoughts on “Another Place”