Once again I am disappointed by a French historical building that promised much and delivered so little. 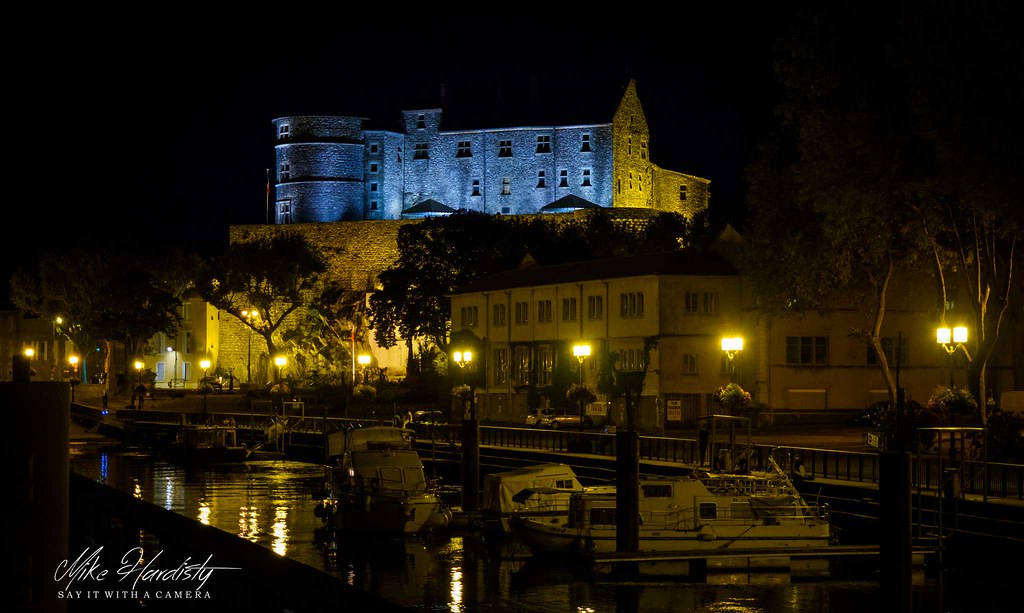 Perched above the town of Tournon, the castle has views over the town and river. 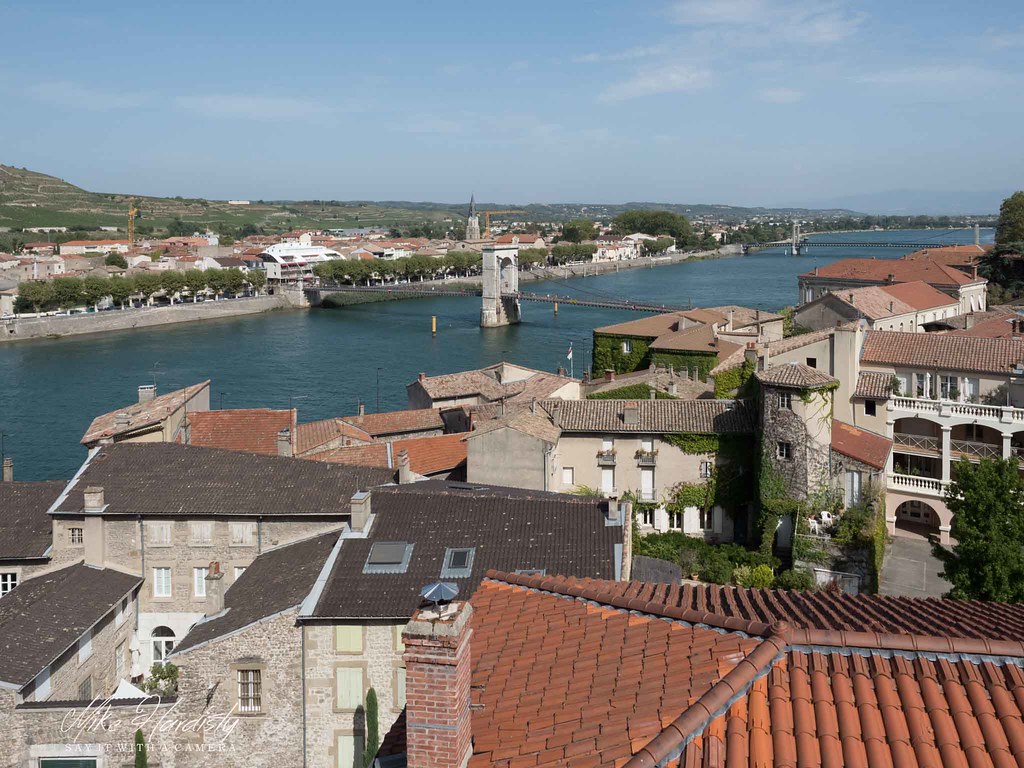 Inside though another historical building has been stripped of much of it’s original fixtures and fittings, only to be replaced by modern works of art. 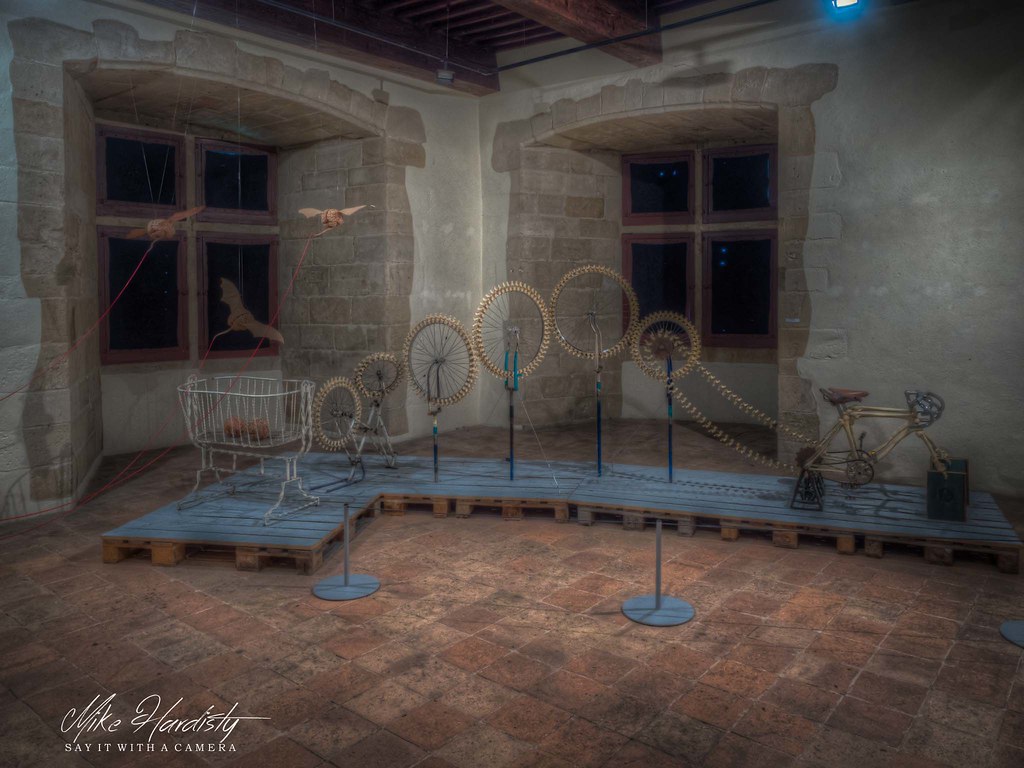 Nice as some of them are to look at, you can soon get bored wandering from room to room and finding only these. Where is all the magnificent furniture, the drapes, ornaments etc. I mean you only have to read about some of the historical homes I have photographed in the UK to see the difference. Despite being built during the 16th century the Castle at Tournon has so little. Even Wikipedia in it’s description of Tournon Castle strips it down to one lineittle. Even Wikipedia strips it down to one line.

The Château de Tournon is a listed castle in Tournon-sur-Rhône, Ardèche, France. It was built in the 16th century. It has been listed as an official historical monument since March 28, 1938

Anyway let’s have a look around the castle. After paying your entry fee the first thing you get to see is the courtyard. Like all museums there is a sort of suggested route and entry to the rooms of the castle are through the small door. We struggled to find the light switch at this point and you do need it, especially as you are met with a winding staircase. Also coming in from the bright sunlight to this dark area, you are at first as “blind as a bat”. 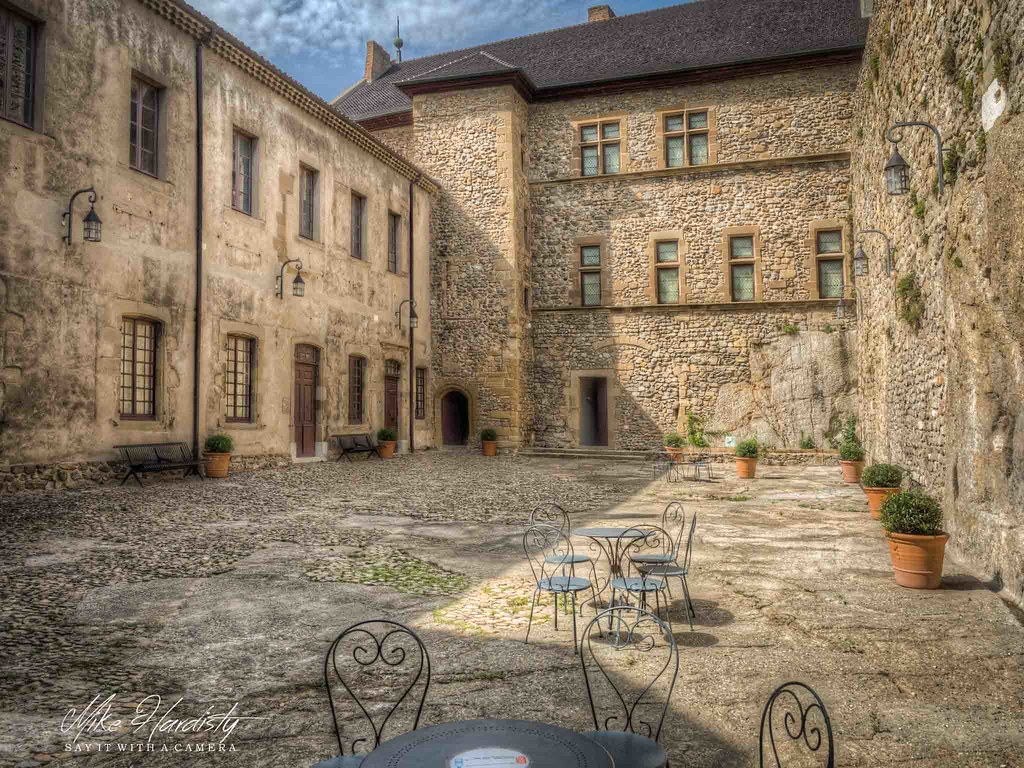 First room, mind the step, you have to step down into the room. Lots of shields on the wall. 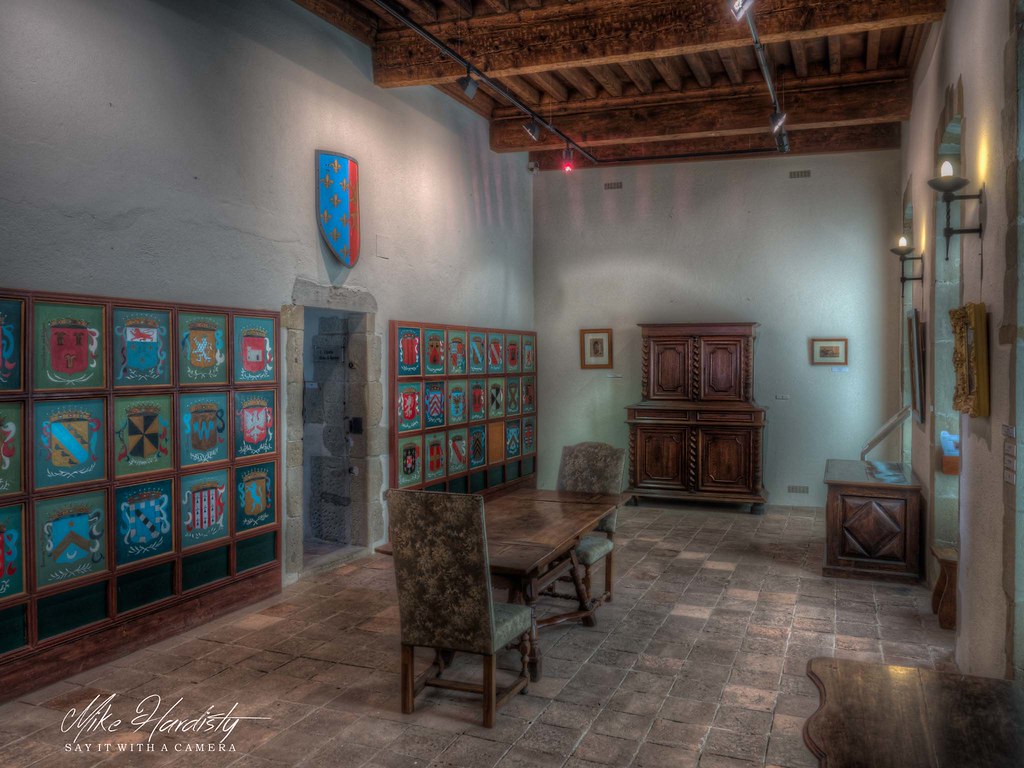 Through the door into the next room. There’s a table and two chairs. Moving on quickly…. 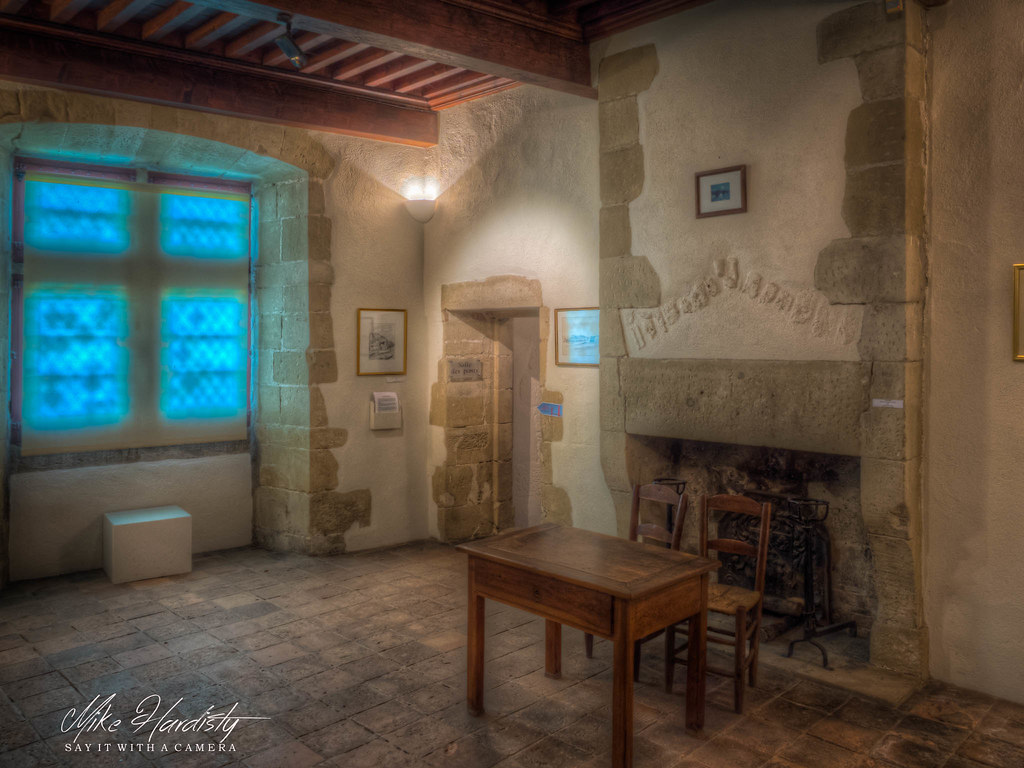 At this point I stopped following the plan. Up until this point I was by myself and could take my time taking photographs. But suddenly a part of people turned up so I jumped ahead to other rooms to get some peace and quiet to photograph. Later I can double back once they have passed through. It’s one of those things, you can’t expect exclusive access when visiting buildings…..but there is always one who wants to linger and look at the carving on the clock. I mean ten minutes just to look at it, c’mon give me a break. 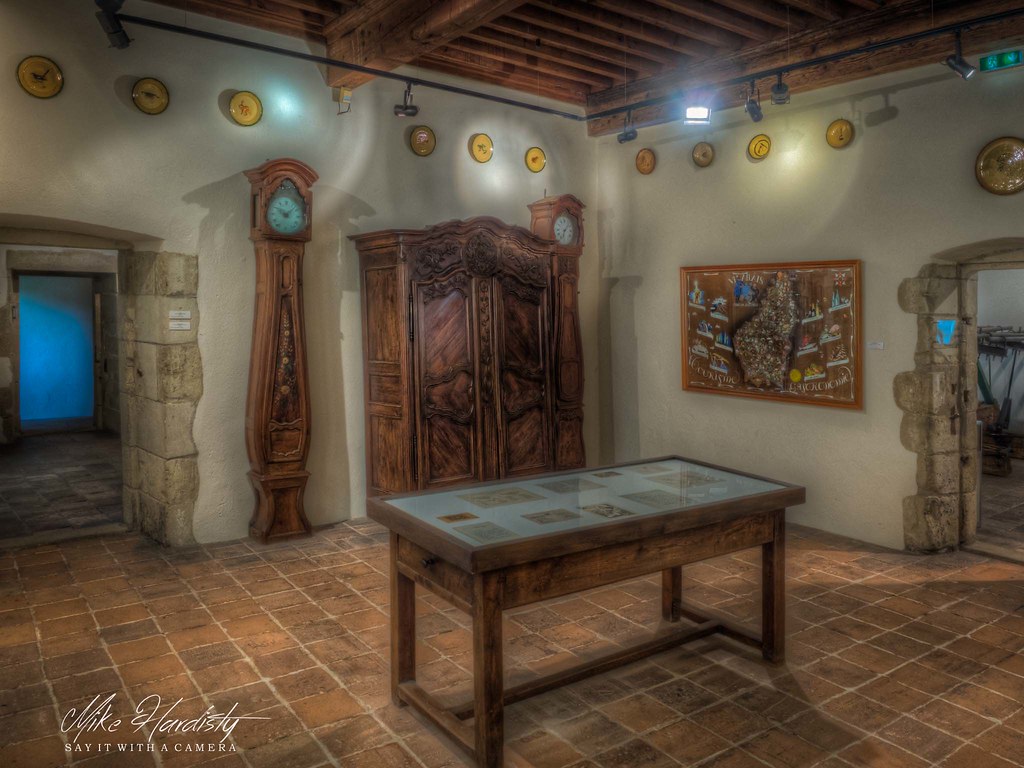 Another table and chairs…… 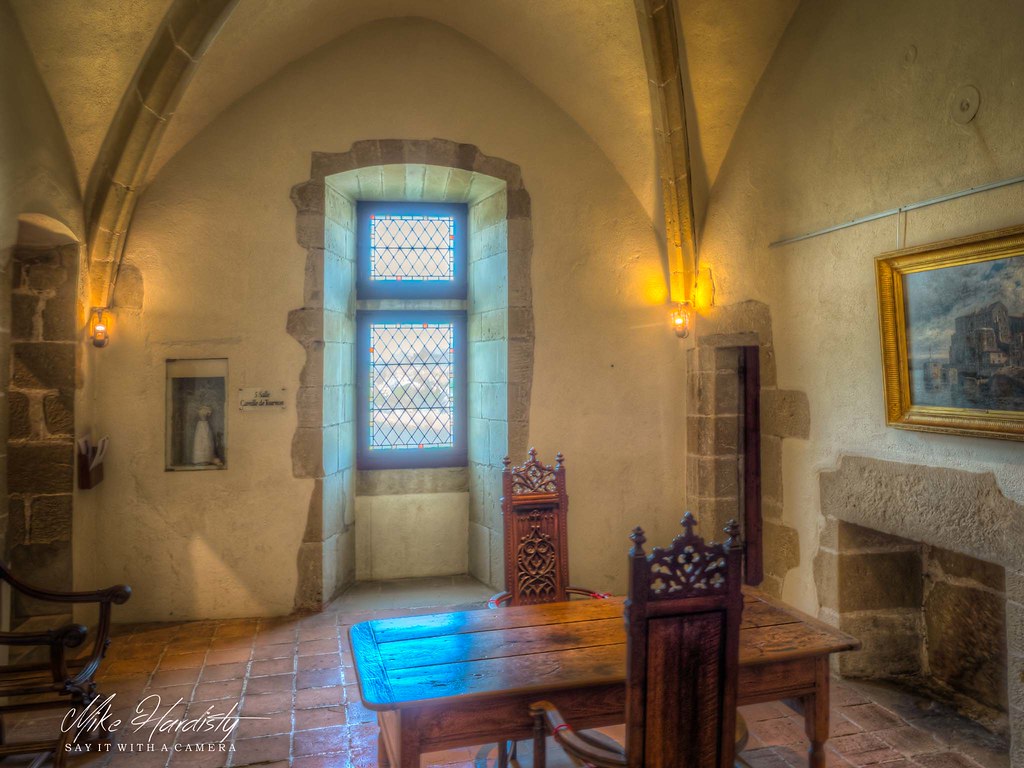 ….and here’s some more 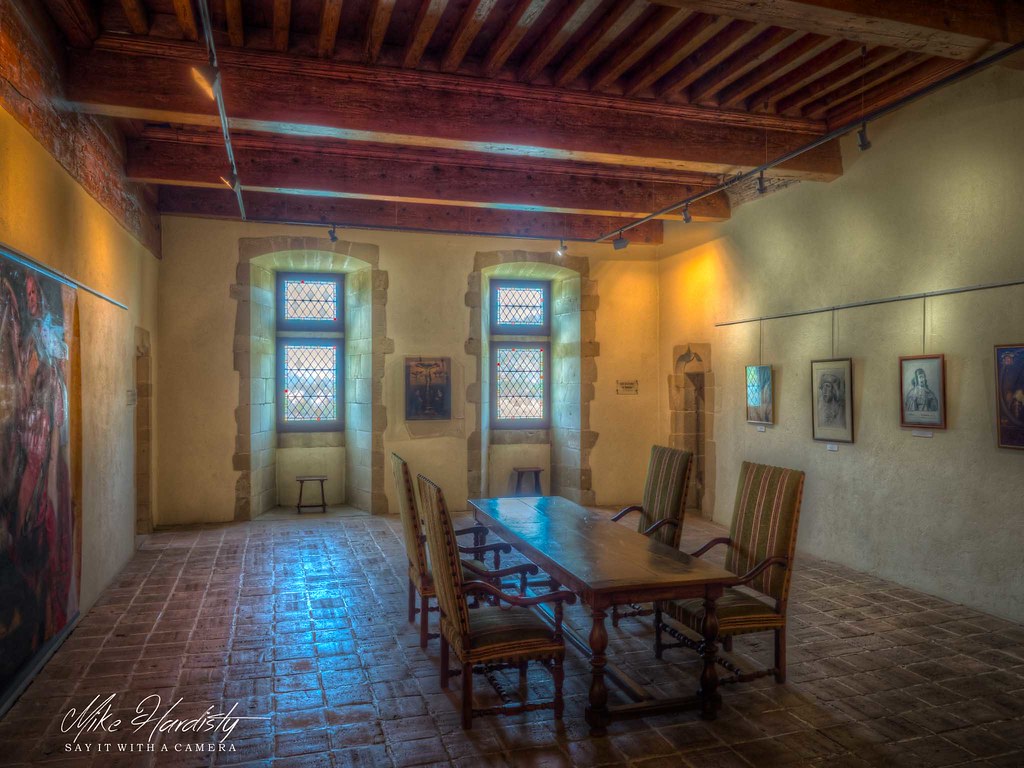 viewed from another angle. 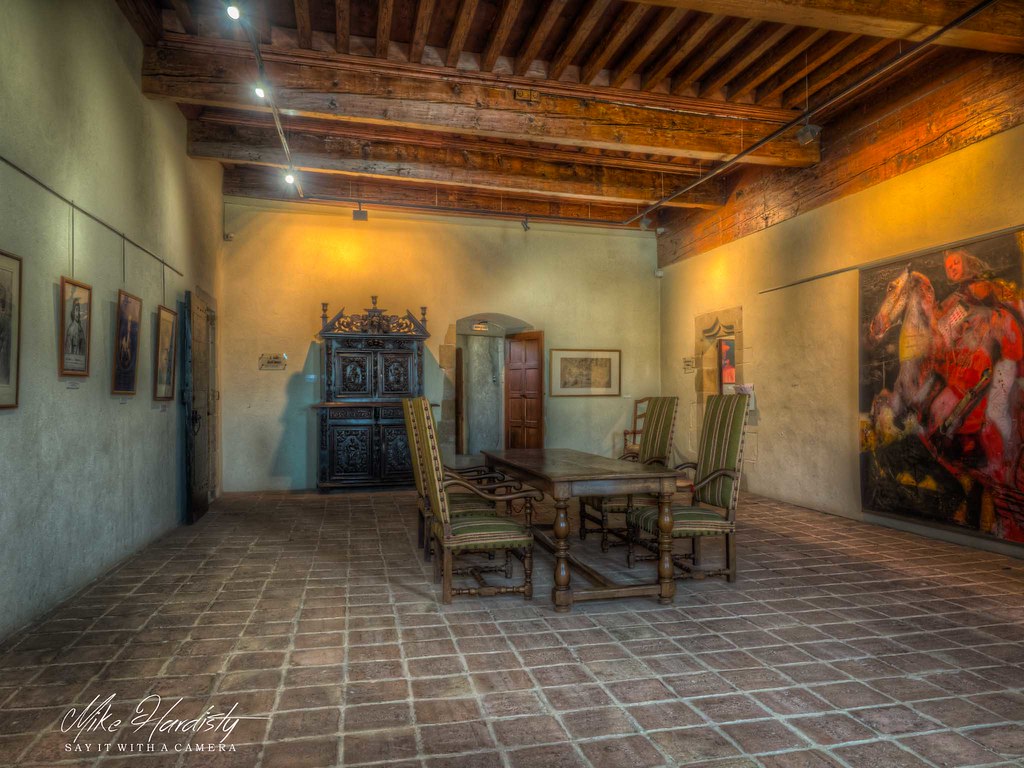 In one of the rooms, there was a large glass case with what looked like some remains of a bridge. Remember Marc Seguin? I couldn’t photograph it, because there was a party of people there being given a lecture by one of the museums curators so time to move on. I found the church. Yep! That’s it below. Enough said. 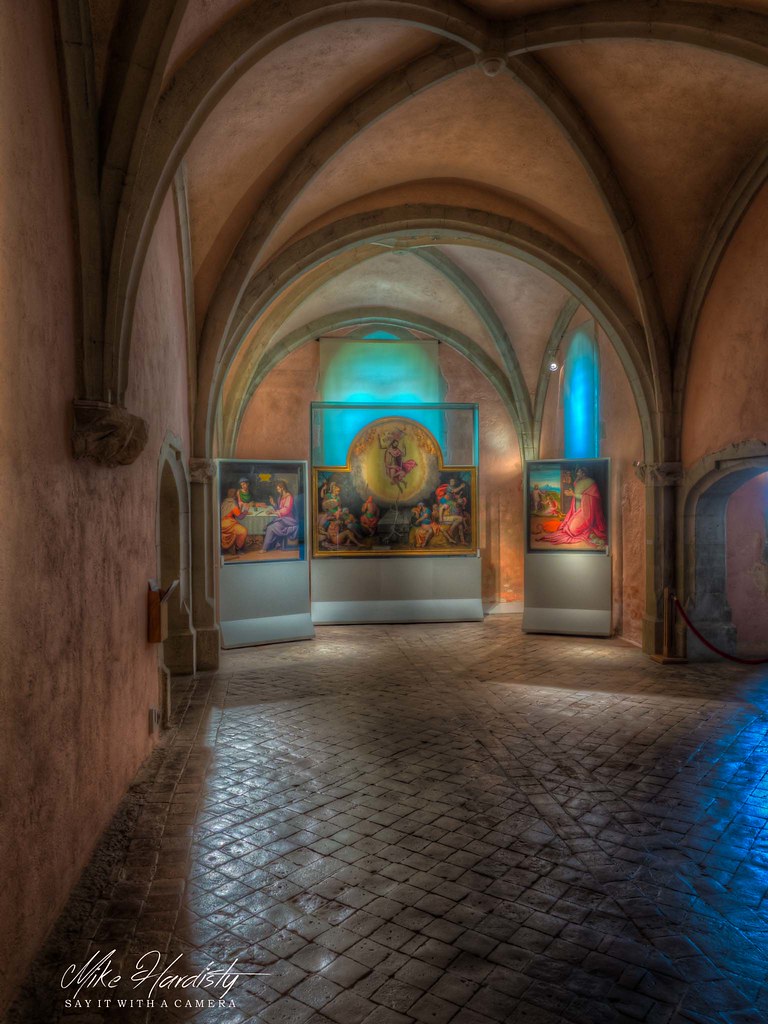 That’s it for Tournon Castle. Another disappointment, although that’s not strictly true. I did enjoy wandering around, especially as it got me out of the heat of the day.